2017 is going to be an amazing year for animated movies.

This year, we've already been blessed with heartwarming and hilarious cartoon and CG movies including The Lego Batman Movie, Rock Dog, The Boss Baby and Smurfs: The Lost Village. Of course, with 2017 less than half done, we've still got a lot of promising movies on the horizon.

Keep reading to find out which films need to be on your must-see list this year!

Captain Underpants has been one of our favorite book series for a long time, and after 20 years of inspiring potty humor-loving kids everywhere, it's finally getting its own movie. In the film, two fourth graders hypnotize their mean principal to transform him into their own superhero creation, Captain Underpants, but things don't go exactly as planned.

All of our favorites from the Cars series are back this June for one last lap down the raceway. In Cars 3, an aging Lightning McQueen is faced with the decision to continue racing at the risk of tarnishing his legacy or to train harder than he ever has before to win it all. The film promises to take us back to the roots laid in the first Cars and we can't wait to see it deliver.

We loved the first two Despicable Me films (and Minions!), but will the third installment be able to top them? Now that Gru has given up his villainous life and settled down with his wife and adoptive kids, he thinks he has everything figured out—but he couldn't be more wrong. As an anti-villain agent, he must face off against the '80s-obsessed Bathazar Bratt, and the only way to succeed is to team up with his long-lost, polar opposite twin brother, Dru.

If you've ever wondered what life is like for the emojis in your texts, you're about to find out. The movie revolves around Gene, a "meh" face emoji who feels like there's more to life than being meh 24/seven. After accidentally doing the wrong face when he's texted to a girl, he sets out on a journey of self discovery to find out what being an emoji really means.

Oddly enough, the animated Blazing Samurai was inspired by the 1974 western comedy Blazing Saddles. In the film, a dog named Hank aspires to be a samurai, but when he arrives in a town full of cats he has to put his prejudices aside to train with a samurai feline. If the two are able to put their differences aside, they might just be able to save the town. 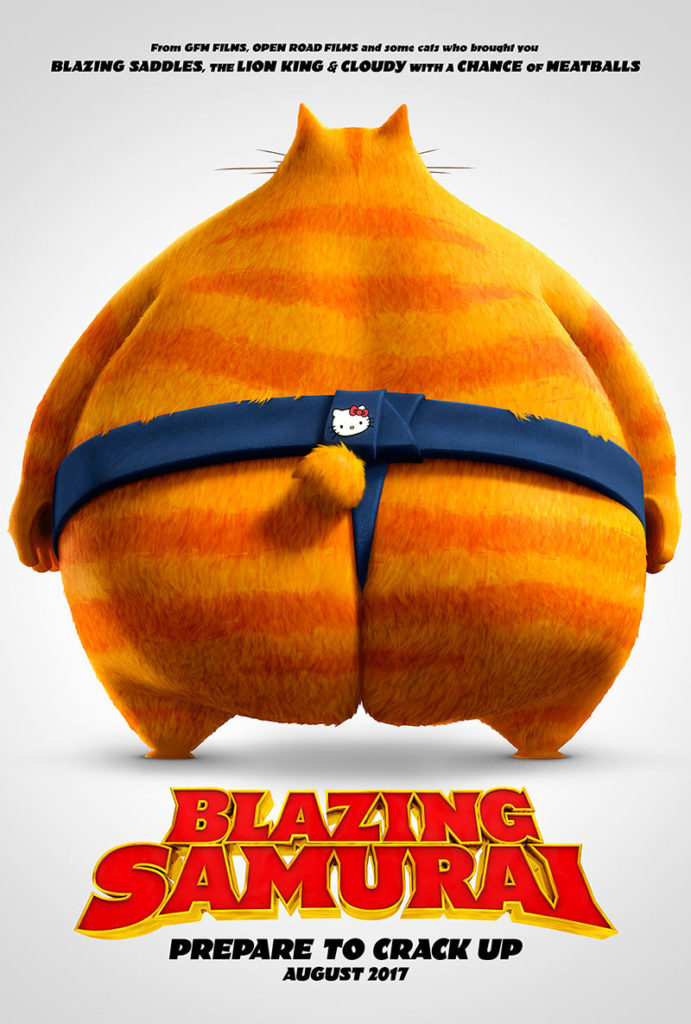 Surly and Buddy thought they had everything sorted out after their nut store heist in the first Nut Job movie, but when the shop explodes, that's only the beginning of their troubles. The town's corrupt mayor wants to turn a profit by tearing down the animals' home in the park and replacing it with an amusement park—but not if Surly and his crew have anything to do with it.

Leap follows the story of Félicie, an 11-year-old orphan whose only wish is to live in Paris as a dancer. Her best friend, Victor, wants only to become a renowned inventor. Together, they decide to leave the orphanage and go after their dreams. However, Félicie must lie about her background, pretending to come from a wealthy background to get into the Opera Ballet School, and her lack of experience is quickly apparent. Will she be able to rise to the occasion?

Animal Crackers is an original new story about a family that inherits a family circus, plus a box of Animal Crackers. What they don't realize is that the cookies are magic and eating them will turn the person into the animal on the cracker. All the while, they're trying to keep the circus out of the clutches of their evil uncle. We can imagine they'll need some magic crackers to succeed.

After The Lego Movie and The Lego Batman Movie, we're ready for The Lego Ninjago Movie to be another hilarious and sweet addition to the list. In the film, a ninja master trains six teens to fight baddies and defend a land called Ninjago. That fact that the father of one of the teens is an evil warlord trying to take down Ninjago makes things a little complicated.

It's about time the My Little Pony franchise got a theatrical release, and this movie looks like it'll be the ponies' biggest adventure ever. To save Ponyville, the Mane 6 will have to travel farther than they ever have before, way past the boundaries of Equestria and into the world beyond. They have no idea what waits for them there—and we can't wait t find out.

Collaborations between Disney and Pixar never disappoint, and Coco looks like it could be the most gorgeous, awe-inspiring film yet. It centers around a 12-year-old boy named Miguel whose family has a strict anti-music ban. In spite of this, Miguel's biggest hero is a guitarist named Ernesto de la Cruz, and Miguel will do just about anything to be like him. Somehow, persuing this passion leads him into the beautiful Land of the Dead, where Miguel has a lot to discover.

Finishing off the year will be Ferninand, an inspiring movie based on a classic children's book about a bull looking to find his place in the world. He may look big, strong and scary, but all he wants to do is live a peaceful life. However, when he's taken into the arena to fight a matador, he'll have to decide what's important to him in order to live the life he wants.

Can't wait to see all these movies? Click HERE to find out 11 reasons why Captain Underpants should be your favorite superhero.