If you're anything like us, you'll be hopping in the car this holiday season to drive to that neighborhood. You know, the one that goes all out every holiday season with thousands upon thousands of lights and creative Christmas decorations?

But if you're really lucky, you'll eventually get to travel even farther to get to see the best Christmas light displays the world has to offer. In fact, countries all around the globe celebrate every year with impressive exhibits—and we've gathered the 10 that you just have to see.

Glasgow, Scotland's George Square Christmas Market is a beloved annual centerpiece involving stalls selling amazing holiday goods, astounding Christmas light displays and even carnival rides, including a carousel and Ferris Wheel, all centered around a massive Christmas tree. Though it's been canceled the last couple of years due to the pandemic, we know it won't be too long before it's back in full force. 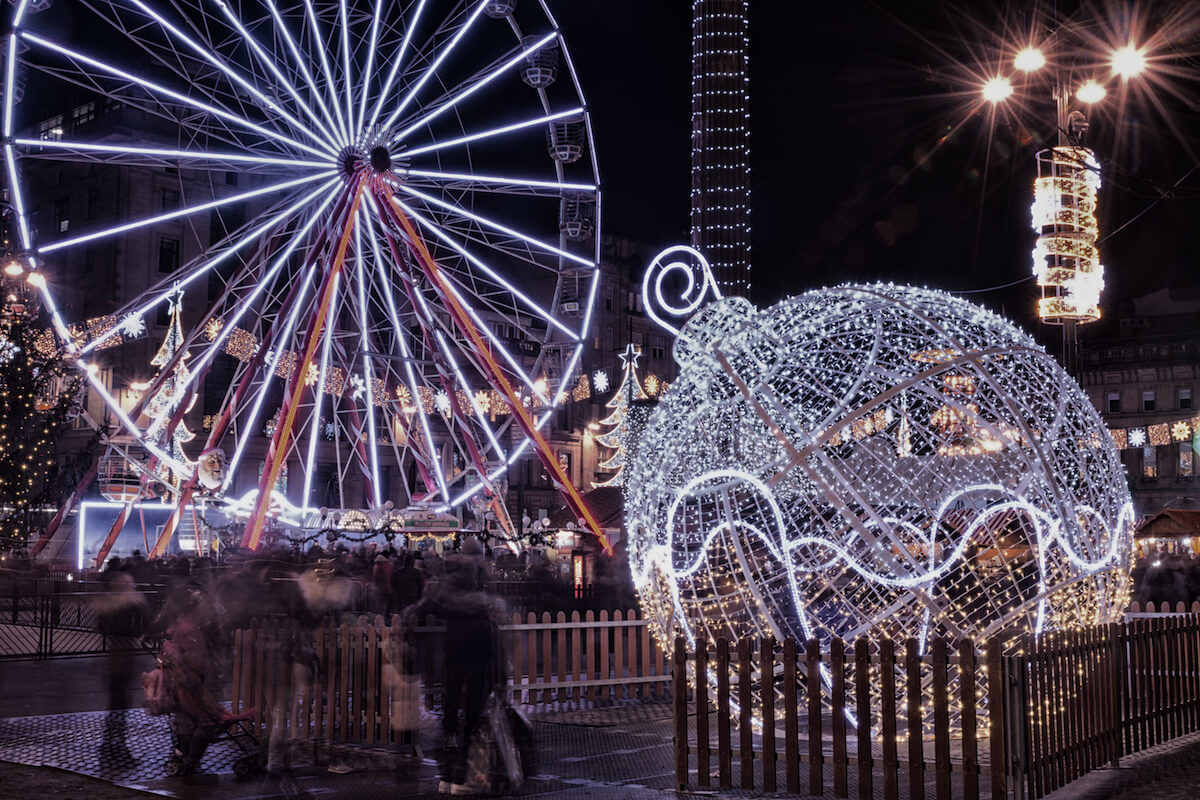 The Kremlin is an impressive complex that lies at the heart of Moscow, Russia, and the Christmas light displays that go up around it each year are a sight to behold. We especially love the golden glow of the wonderous lights that go up around the street lamps along the main avenue, resembling festive cider glasses, and the tall turrets along the walls even somewhat resemble Christmas trees. 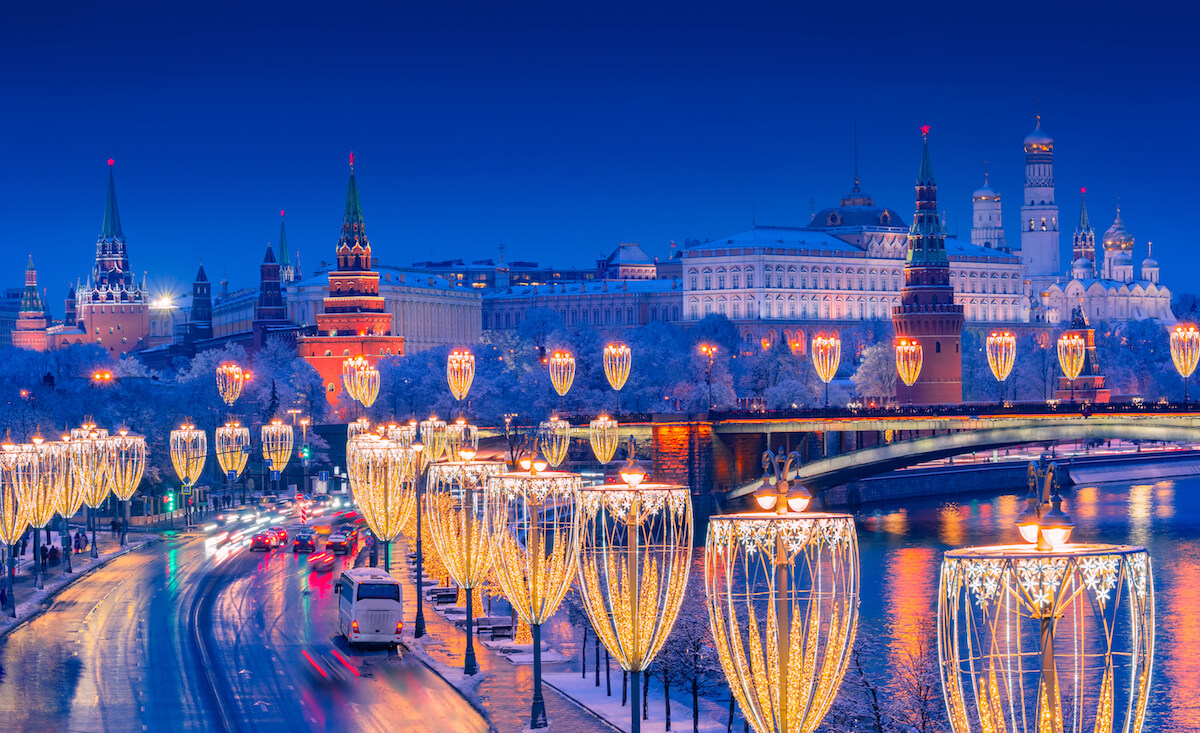 The Nabana no Sato Flower Park is beautiful all year round, but we especially love the way it's lit up in celebration of winter, with this spectacle available to see from mid-October to early May. We don't know if we've ever seen such a beautiful display of light than what's on show in this tunnel, complete with lights in gold as well as pink, orange, blue and more, representing the country's signature cherry blossoms. 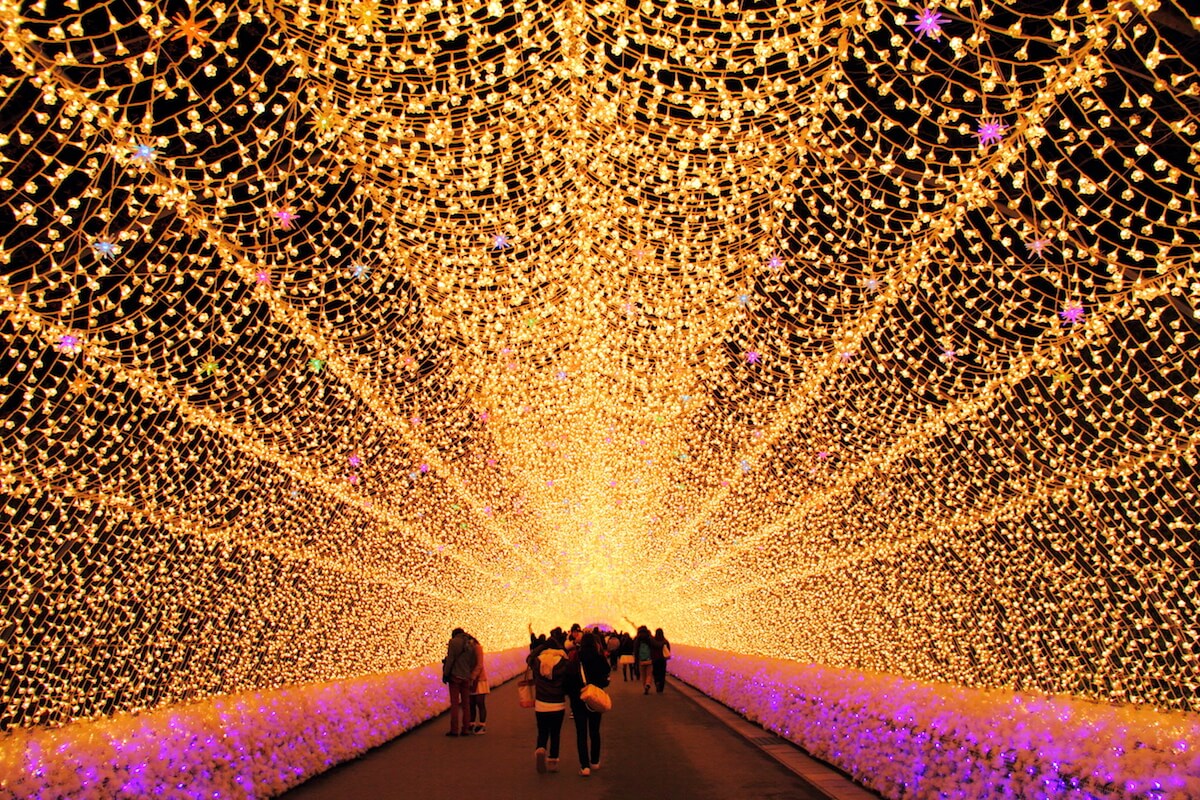 The annual lighting of the world-famous Rockefeller Center tree is a time-honored American tradition, and for good reason. Every year, a new Norway spruce is set up in the square in November, before being decorated in incredible lights and lit up in a holiday spectacular with live performances and more. The event's made even more beautiful by bold atmospheric lighting and other decorations. We bet nothing's more magical than ice skating in the rink right in front of the tree. 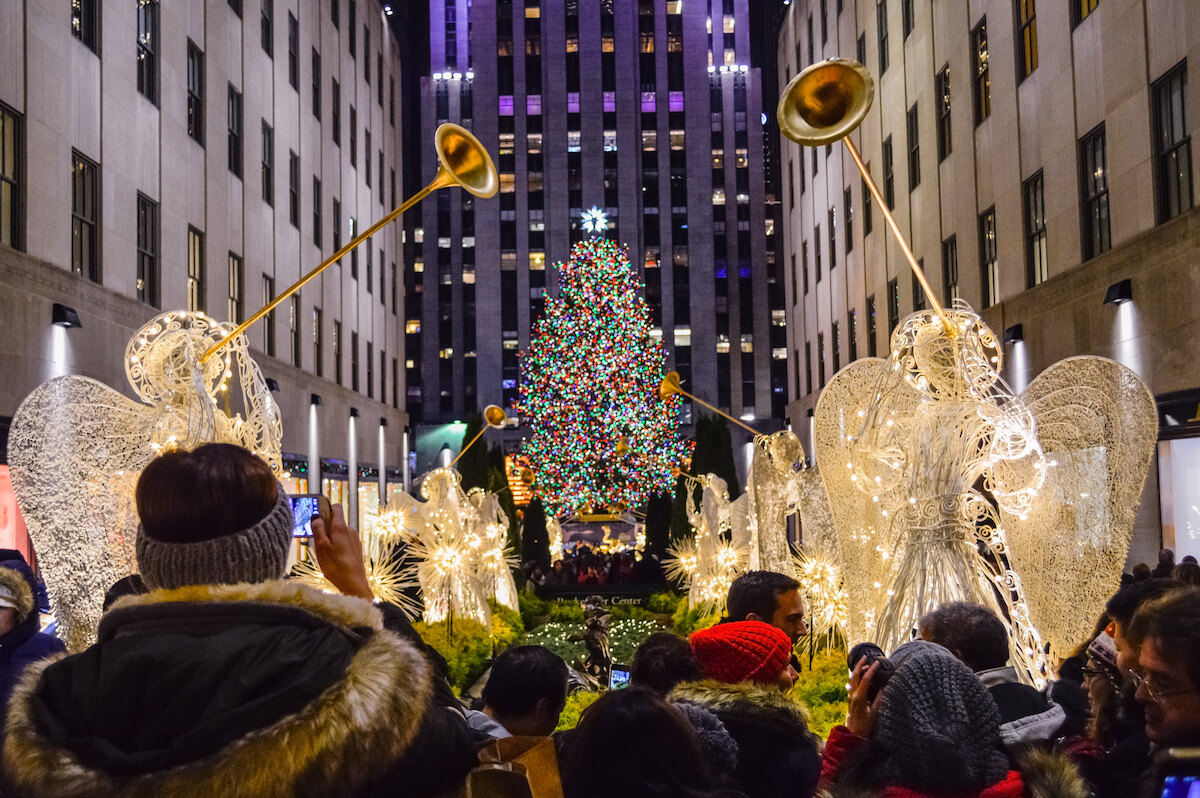 The Ayala Triangle Gardens in Manila, Philippines is an urban park known for its many gorgeous trees, as well as the unmatched Festival of Light shows put up within the park every winter. Each night, the show runs every half hour, showcasing flashing LED lights, fog and lasers to create a one-of-a-kind experience, timed to music, that you truly can't experience anywhere else. 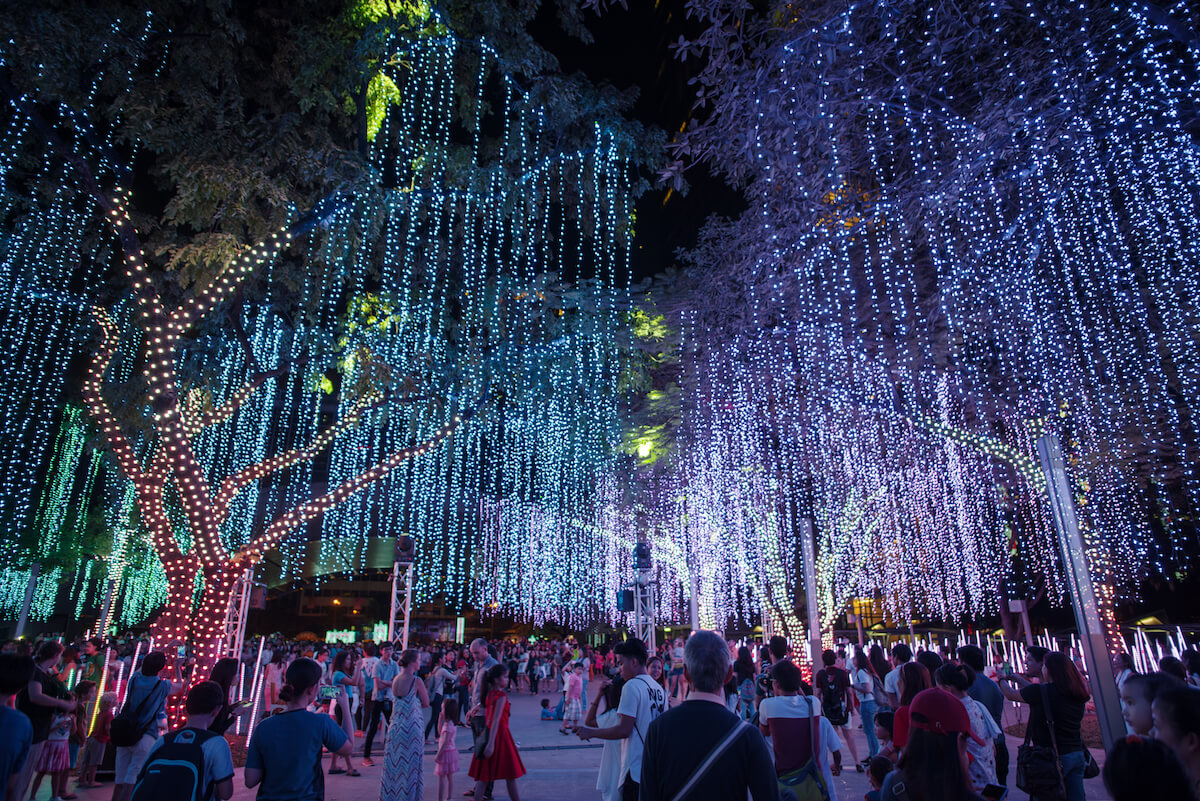 Heidelberg Christmas Market is one of just many amazing Christmas markets that pop up around Germany every winter, but it's certainly one of the most gorgeous. In these markets, you can buy sausages and baked goods, as well as visit more than a hundred market stalls selling unique wares, all with the town decked out in vibrant, festive lights—and being overlooked by the local Heidelberg Castle. 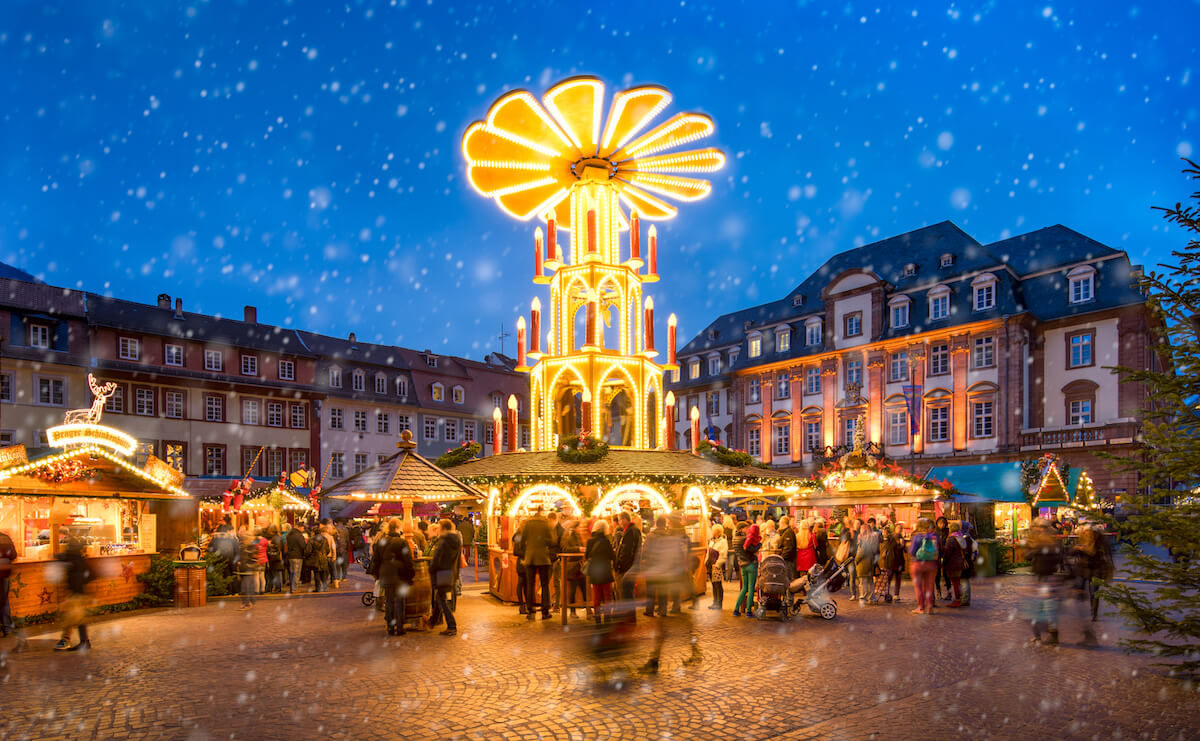 Every holiday season, the area of Medellín River and La Playa Avenue in Medellín, Colombia, gets decorated with more than a million lights, making the nighttime cityscape look completely different than it did during the day. The imagery on display each year is varied, combining Christmas elements with depictions of animals, beautiful plants and more. The event draws in more than four million tourists every year, and we can definitely see why. 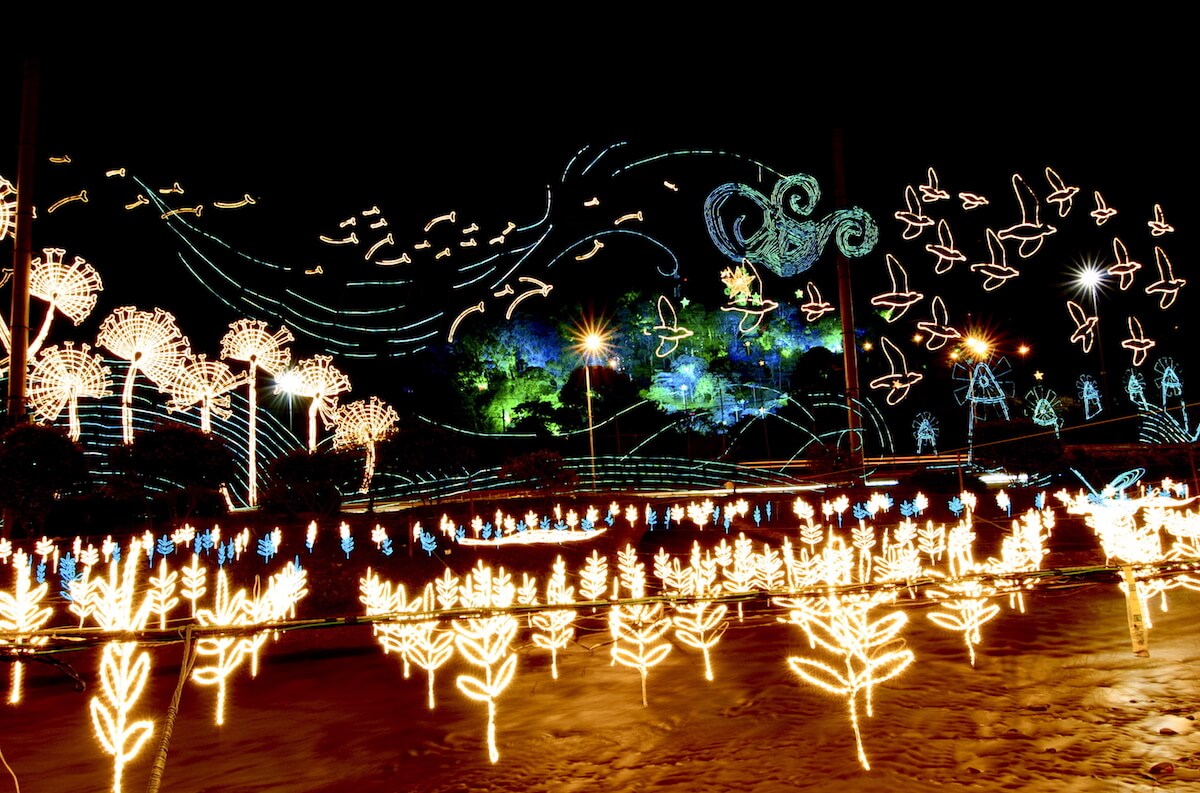 Luci d'Artista (or artist's lights in English) is another yearly holiday spectacular that takes place in the streets of Salerno, Italy. Each Christmas season, Salerno's main street, as well as many of its squares, is illuminated with daring lights depicting gorgeous scenes that vary each year. This photo almost looks like it was captured indoors. We just love seeing those characters dance on the night sky. 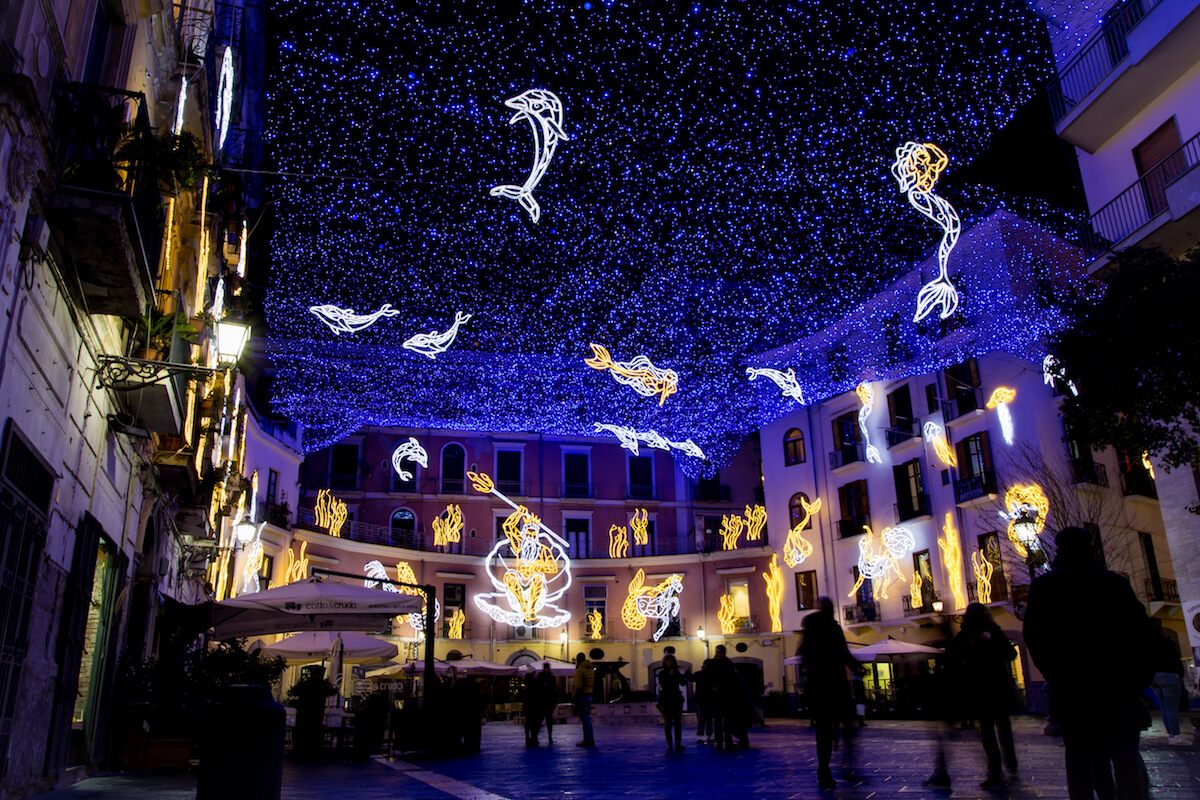 Rio de Janeiro's floating Christmas tree is the biggest in the world, receiving hundreds of thousands of visitors over the Christmas holidays. Each year, a metal tree well above 200 feet tall is adorned with millions of spectacular lights and set afloat in the Rodrigo de Freitas Lagoon. It's become a local tradition and one that will probably be popular for years to come. 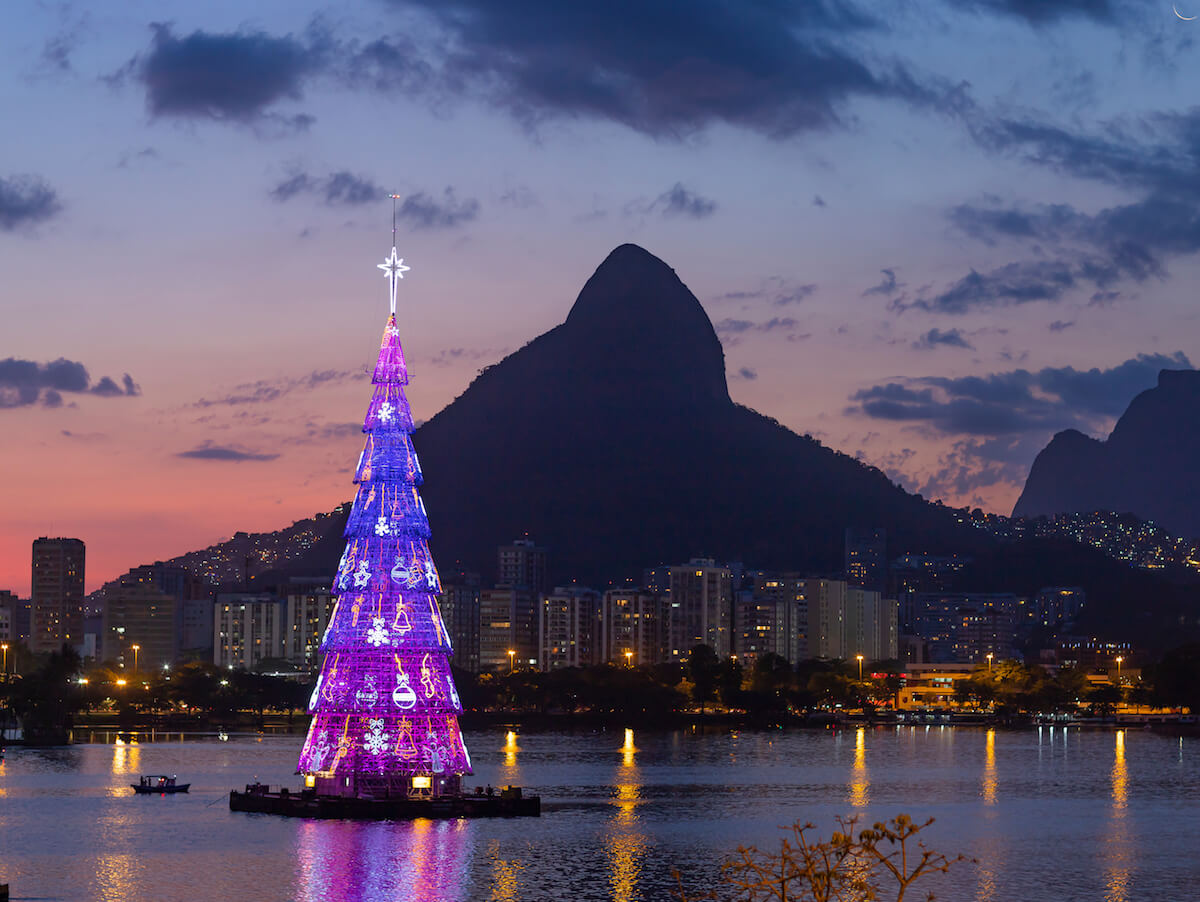 Colmar is a medieval town in Alsace, France that dates back to the 13th century, and each year the "old town" is dressed in incredible Christmas lights to make it look like something out of a fairytale. During the season, the entire town gets in on the festivities, making it feel like you're walking right into a Christmastime storybook. 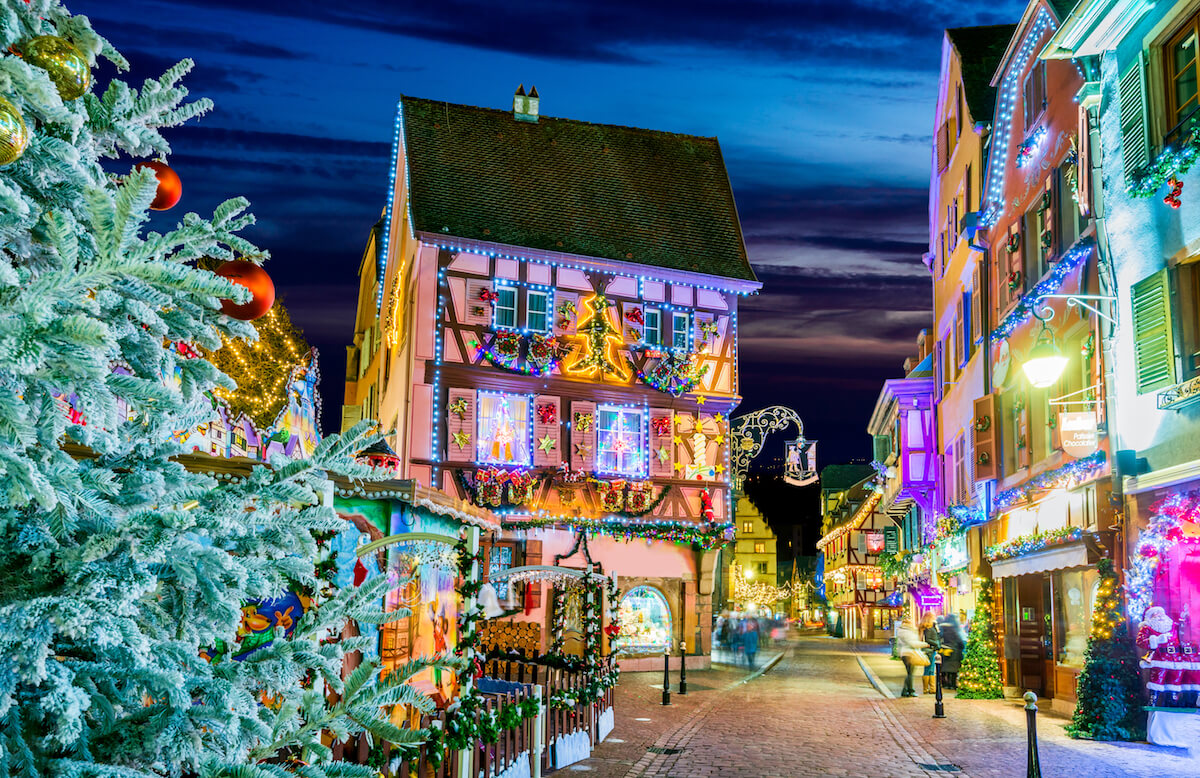 Taking your own epic Christmas light photos this year? Click HERE for our favorite love-filled captions for every family Christmas pic.