10 Wonderfully Distracting Video Games Getting Us Through 2020

There's so much going on in the world right now that it's absolutely understandable if you feel like you need a distraction from time to time—or even most of the time. Lucky for us, 2020 has also been a pretty incredible year for video games. Whether you need something to unwind and relax, get into a competitive mindset or focus all of your energy into one challenging problem, there's a game for you.

Not sure what you should be playing this year? Here are 10 things that will definitely keep you occupied. 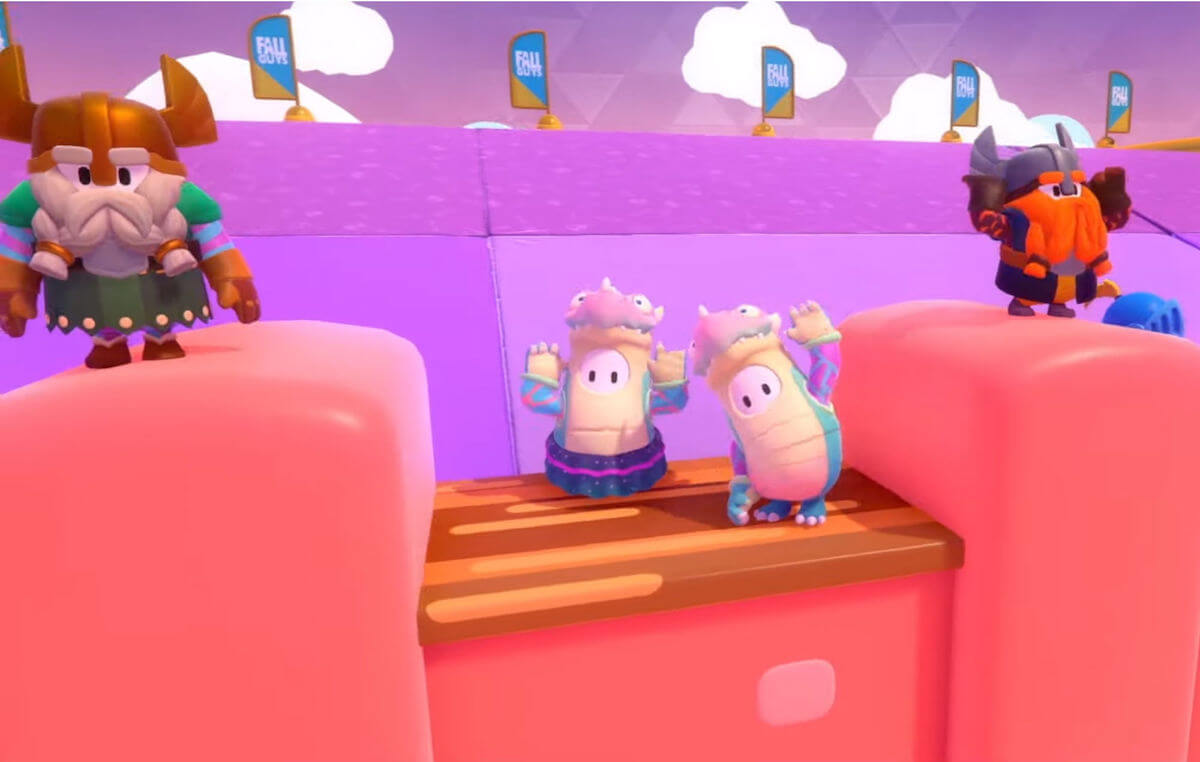 Superliminal technically released in 2019, but we didn't get our hands on it until it came out on the Nintendo Switch this year, and we're so glad we didn't pass it up. This unique game takes place within a series of layered dreams, where players can manipulate forced perspectives and optical illusions in order to platform and puzzle their way to safety and escape. It's incessantly creative and mind-bending, with gameplay that never gets old and with just enough intrigue and spookiness to keep players on their toes.

Platforms: Windows, PlayStation 4 and Xbox One

We were around when the original two Tony Hawk's Pro Skater games released in the late '90s and early aughts, so playing this gorgeously remastered version of them both takes us way back. This game about showing off your most incredible skateboarding tricks and combos sees the return of classic locations, objectives and skate moves, with more modern fluidity than ever before—and it looks absolutely incredible. That's not to mention the return of almost all of the great licensed songs from the original. We seriously can't hear "Superman" by Goldfinger without Tony Hawk coming to mind.

Among Us may not look like much on the surface, but this two-year-old multiplayer deduction game has recently become the biggest streaming sensation of the year. The game pits crew members on a mission against imposters whose aim is to sabotage the mission by killing off the crew one by one. At the end of each round, players must convince each other who to vote off in order to succeed. Thanks to its simple but effective art style and the frantic arguments that can occur during the voting rounds, it's become huge on Twitch and YouTube. Plus, with most people still practicing social distancing, it's become a great way to spend time with friends, even when you can't physically be together.

We can't even begin to describe how excited we are that all of Mario's biggest 3D adventures are now conveniently playable on the Nintendo Switch. Super Mario 3D All-Stars was released to celebrate the character's 35th anniversary in style, bundling Super Mario 64, Super Mario Sunshine and Super Mario Galaxy in one incredible gaming package. Though we're most obsessed with the classic Mario 64, all of these games are iconic in their own right, and all three of them have kept us very busy this fall.

If you're looking for a game that's as emotionally engaging as it is fun and addictive, we can't recommend Spiritfarer enough. The game centers around a girl named Stella who is tasked with ferrying new spirits of the deceased across the world, keeping them happy and helping them tie up loose ends in order to finally pass into the afterlife through the Everdoor. The game is an incredible blend of resource management, life sim and adventure as you travel all around gathering what you need to build your ferry and satisfy everyone's needs. And we promise you there won't be a dry eye in the house when it's time to finally say goodbye to the wonderfully rich characters you've nurtured and befriended.

Need a low-stress dating sim, with the added benefit of a cast of adorable dogs? Then Best Friend Forever is exactly what you've been looking for. In the game, players take on the role of a new resident of Rainbow Bay, a dog-loving community full of attractive singles. Half of the game is spent nurturing a dog's skills and traits, while the rest is spent befriending (and romancing) a diverse cast of local characters. While this game isn't particularly challenging, that means there are no wrong choices when it comes to your relationships—and that the person of your dreams is all yours.

Mario has really been keeping us busy these last few months. The most recent addition to the roster is Super Mario Bros. 35. This innovative game puts a battle royale twist on the classic Super Mario Bros. by pitting players against 34 other Marios. Every enemy you defeat in the game gets sent to sabotage other players, and you must balance coins, time and power ups in order to survive longer than anyone else. Best of all, it's currently free to play for anyone with a Nintendo Switch Online account.

Fall Guys just might be the biggest video game of all of 2020. This unique battle royale puts 60 players through a gantlet of series of exciting obstacle course minigames, with eliminations every round until only one player stands supreme and takes home the crown. The competitive and endlessly replayable nature of the game has made it a hit with fans of all stripes. And with the second season of the game in full swing, it's now offering new minigames, courses and adorable costumes, so it's not likely to get old for a very long time.

Technically, Mario's Super Picross is a game from 1995, but it was never released in North America until September 2020 on Nintendo Switch Online. Now that we finally have our hands on it, we're fully obsessed. In Picross titles, players are served a grid, with numbers on the top and side of the screen indicating how many of those titles should be filled in to solve the puzzle. Following the clues, players build out the puzzle square by square until an image emerges and the puzzle is solved. It may sound weird, but it can keep us puzzling away for hours at a time—even if we can't quite read the Japanese instructions.

What can we say that hasn't already been said about Animal Crossing: New Horizons? This game has a little something for everyone, from befriending adorable animal neighbors, to decorating and landscaping an entire island, to collecting every last fish, bug, sea creature, fossil and artwork the game has to offer. And the fact that they're constantly updating the game with new content—like the latest spooky Halloween update—means the gameplay truly never wears thin. It's been out for more than six months now, and we can't see ourselves stopping anytime soon.

Can't get enough great games? Click HERE for a list of the 35 best games you can play right now on the Nintendo Switch.