The Most Dangerous Women: The Best and Baddest Female Villains

San Diego Comic Con is later this month and we're super excited to get our nerd on! We're so excited about a panel called "The Most Dangerous Women At Comic Con," a discussion of the baddest female super villains, that we're starting the convo early. After all, why should heroes have all the fun? 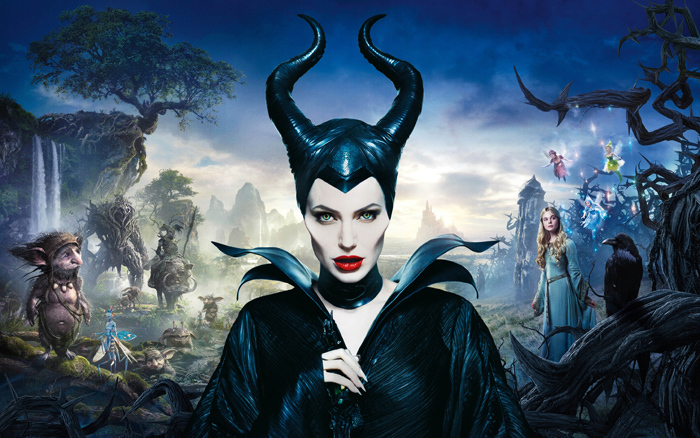 Let's say you're looking forward to a big event. You wait and wait for your invite to arrive in the mail, but it never does. You'd probably mope for a bit before you got over it. Maleficent takes a different course of action, and she's in it for the long haul. When she's not invited to Aurora's christening, she places a curse on a BABY. Oh, and it'll take 16 years to take effect. That, plus the whole "turning into a dragon" thing, are hints that she does not take rejection well. 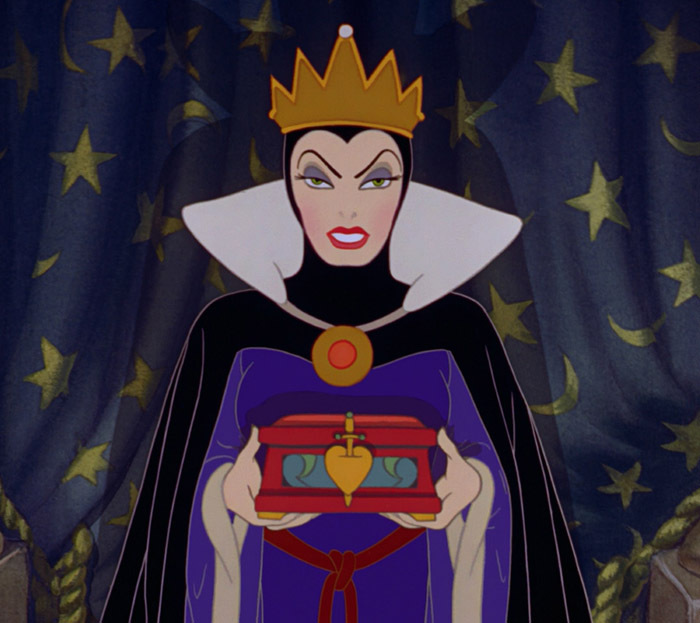 The Evil Queen in Snow White and the Seven Dwarfs might just be the darkest Disney villain ever. She's so jealous of her stepdaughter's good looks that she orders her huntsman to kill her. When he fails, she takes matters into her own hands by transforming into an old witch and tricking Snow White into eating a poisoned apple. She doesn't once realize that becoming a hag totally sabotages her bid to be "fairest in the land." 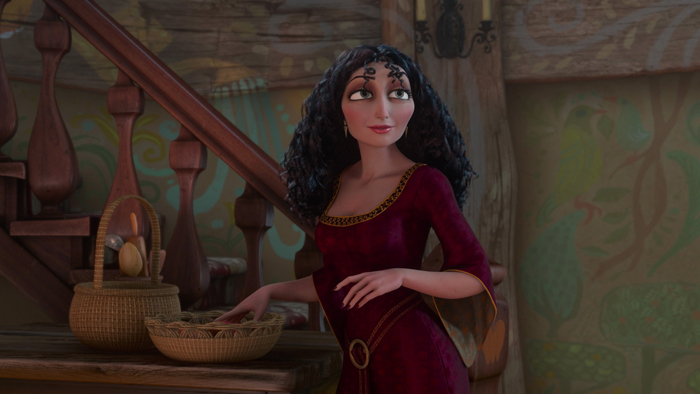 What price would you pay to stay young and beautiful forever? Mother Gothel kidnaps Princess Rapunzel and locks her in a tower for 18 years just so she can access the girl's magical hair. Kind of extreme, right? 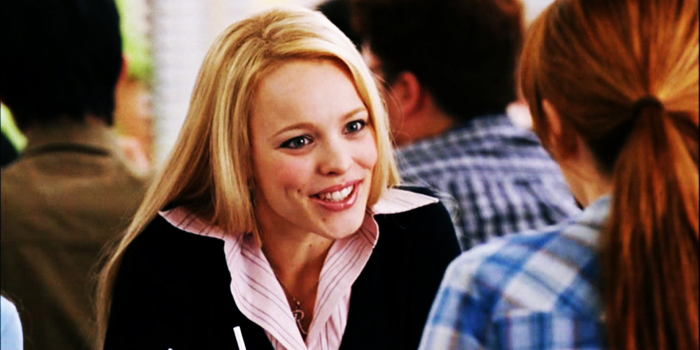 You don't have to be a queen or a witch to be evil. In fact, the controlling, manipulative queen bee Regina George can feel the meanest of all of these villains because you might actually have to face someone just like her at school. We've never fought a dragon, but we've definitely had our run-ins with bullies. Being stylish and beautiful makes her even more dangerous! 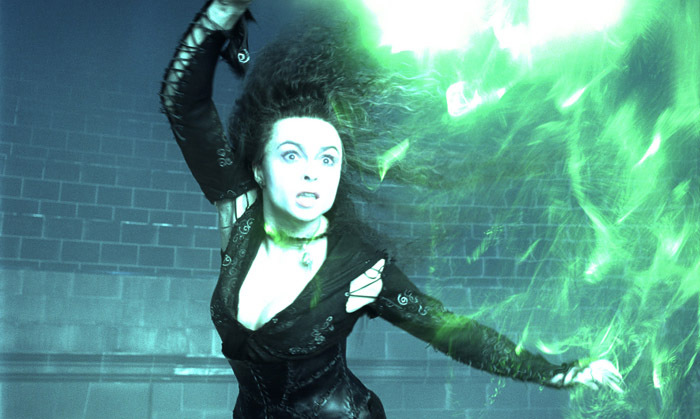 Very few villains, on the page or on screen, have been as haunting and menacing as Harry Potter's Bellatrix Lestrange. After all, you can't be a loyal supporter of Voldemort, and his most trusted follower, unless you are pure evil. 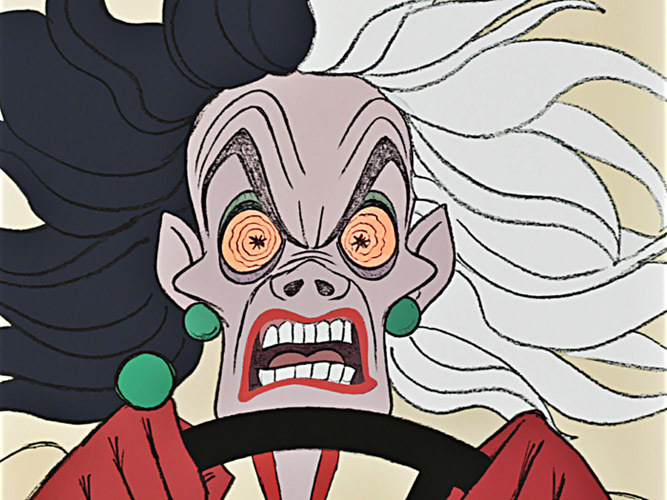 Cruella wants to skin 99 Dalmatian puppies and make a coat from their furs. Plus "cruel" and "devil" are right there in the name. What's more evil than that? 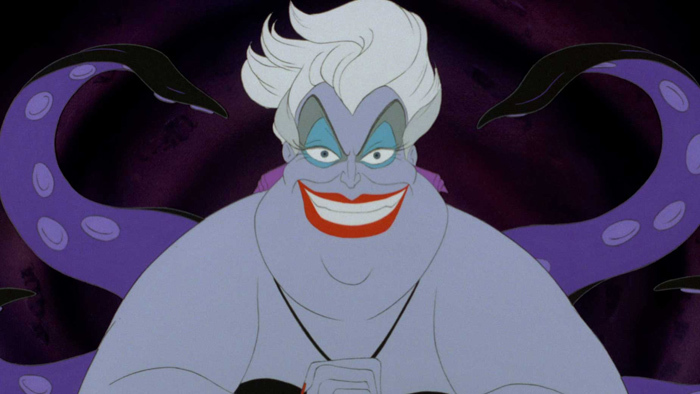 When Ariel wants to become human, the sea witch Ursula makes her a deal. Ariel trades her voice for human legs before Ursula promptly "borrows" Ariel's voice, plus Ariel's plan to transform into a human, to steal her man. Even if you're not close, that's just plain cold.

In the Star Wars world, a force user's power is literally defined by whether they decide to walk a light or dark path, and Ventress embraces the dark side. Those double red lightsabers don't lie! 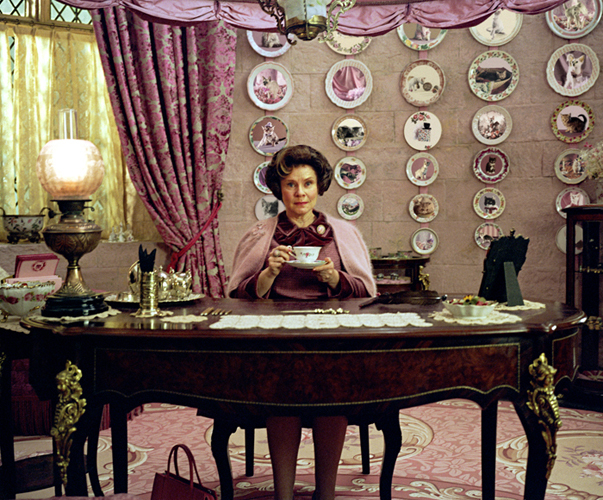 Despite their evil ways, all villains have some trait, whether it's power, charm or ability to get things done, that makes them oddly endearing. Dolores Umbridge is the exception to that rule. There is NOTHING to like about her, and that might make her the evilest of them all.

The Wicked Witch of the West

The Wicked Witch of the West almost made The Wizard of Oz too scary to watch when we were little. Almost. The fact she was always able to keep a malevolent eye on Dorothy was creepy to no end, and we never knew whether to be relieved or terrified by the "I'm melting!!!" scene. *Chills*

Which of your favorite fictional female villains didn't make the list? Be sure to let us know who we missed in the comments!