It's pretty silly that so much of the world ignores comic books as a medium.

Just because comics have pictures doesn't mean they aren't literature. In fact, some of our favorite stories of all time are actually graphic novels. And just because you've never read comics before doesn't mean you can't start now!

So, whether you plan on buying your books from a comic book store or checking them out from your local library, and whether you've never read a comic in your life or are a big fan looking for some new recs, keeping scrolling to discover some of our favorite compelling graphic novels for teens.

Saga of the Swamp Thing

Swamp Thing isn't one of the first characters you might think of when DC's hero roster comes to mind, and that's a shame, because Alan Moore's Saga of the Swamp Thing is one of the most incredible stories we've ever had the pleasure of reading. It follows Swamp Thing, once a doctor named Alec Holland, whose lab was sabotaged, running into the swamp to escape from being burned alive, only to come back different as the result of the bio-restorative properties of the bog. As the story progresses, however, Swamp Thing learns his history isn't quite what he thought as he faces off against terrifying monsters, learns to master his powers as one with the earth and even falls in love. This book is horror done right, and while it can be a bit heady at times, it's a great place to start, even if you've never picked up a comic book. 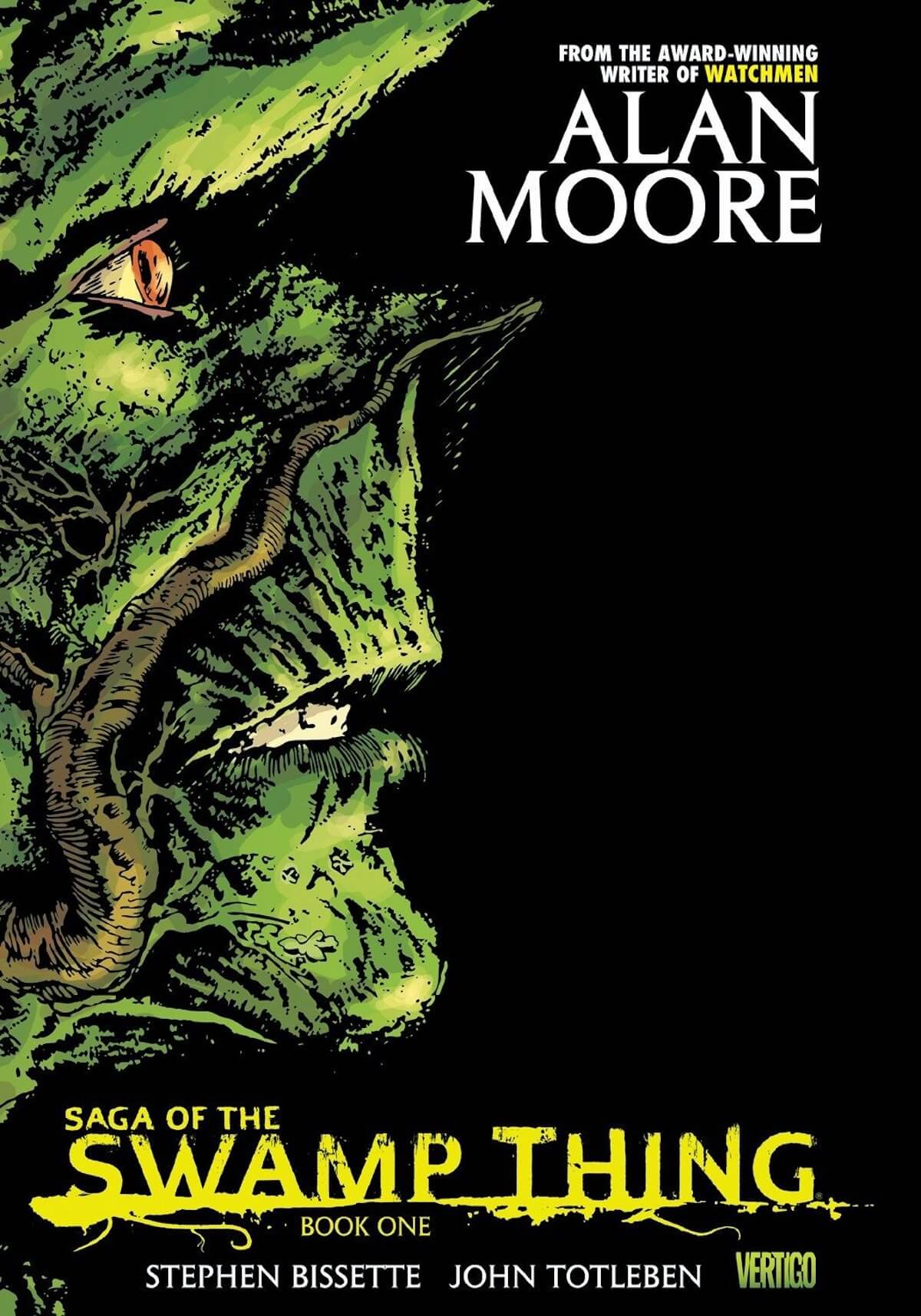 (Saga of the Swamp Things via DC Comics)

Before The Sandman was Netflix's most-watched series, it was a comic book series adapting an old DC character in the most creative way imaginable. Written by Neil Gaiman and drawn by a revolving team of incredible artists, the story follows Morpheus, the personification of dreams, and the role he plays in the lives of all living things alongside his siblings, including Death, Destiny, Desire and Despair. When Dream is kidnapped by magic users for more than 70 years, the realm of the Dreaming falls to ruin, also affecting the sleeping lives of millions of people around the globe. When he's finally released, he must set things right and reform his kingdom. DC fans will also love the way it ties into the universe, with cameos by the Martian Manhunter, Batman, the Scarecrow and more in the first volume, with even more easter eggs for eagle-eyed readers as the epic fantasy unfolds—and, if you've read Saga of the Swamp Thing, prepare to see a number of familiar faces. 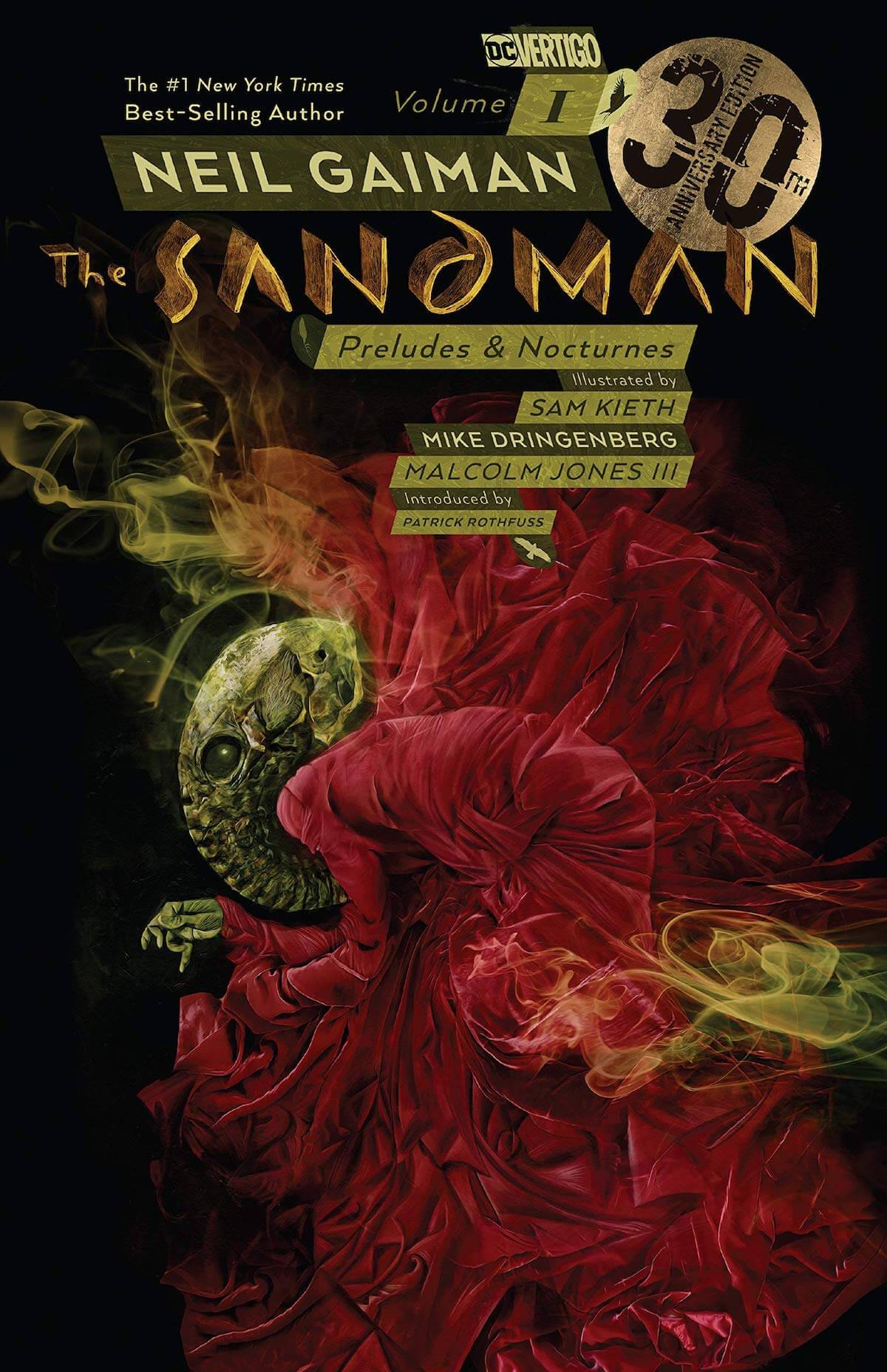 (The Sandman via DC Comics)

Also read about: 65 Powerful Quotes From The Sandman to Use as Instagram Captions

This list wouldn't be complete without a couple of manga options, and Mob Psycho 100 truly is something special. Written and illustrated by ONE (also known for his work on One-Punch Man, Mob Psycho 100 follows a boy nicknamed Mob who's one of the world's most powerful psychics. The thing is, he doesn't care about any of that. He just wants to get by at school and make an impression on his crush—and his introversion isn't helped by the fact that if his emotion hits a certain level, he becomes uncontrollable and highly destructive. However, with help from his mentor, Reigen (himself a scam artist who uses Mob's powers to help with his own exorcism business), Mob gets by and shows everyone it's kindness and understanding that can change the world—not psychic powers. While the drawings in this series may be a bit crude, they only add to the charm of the narrative and its honest, heartfelt story. 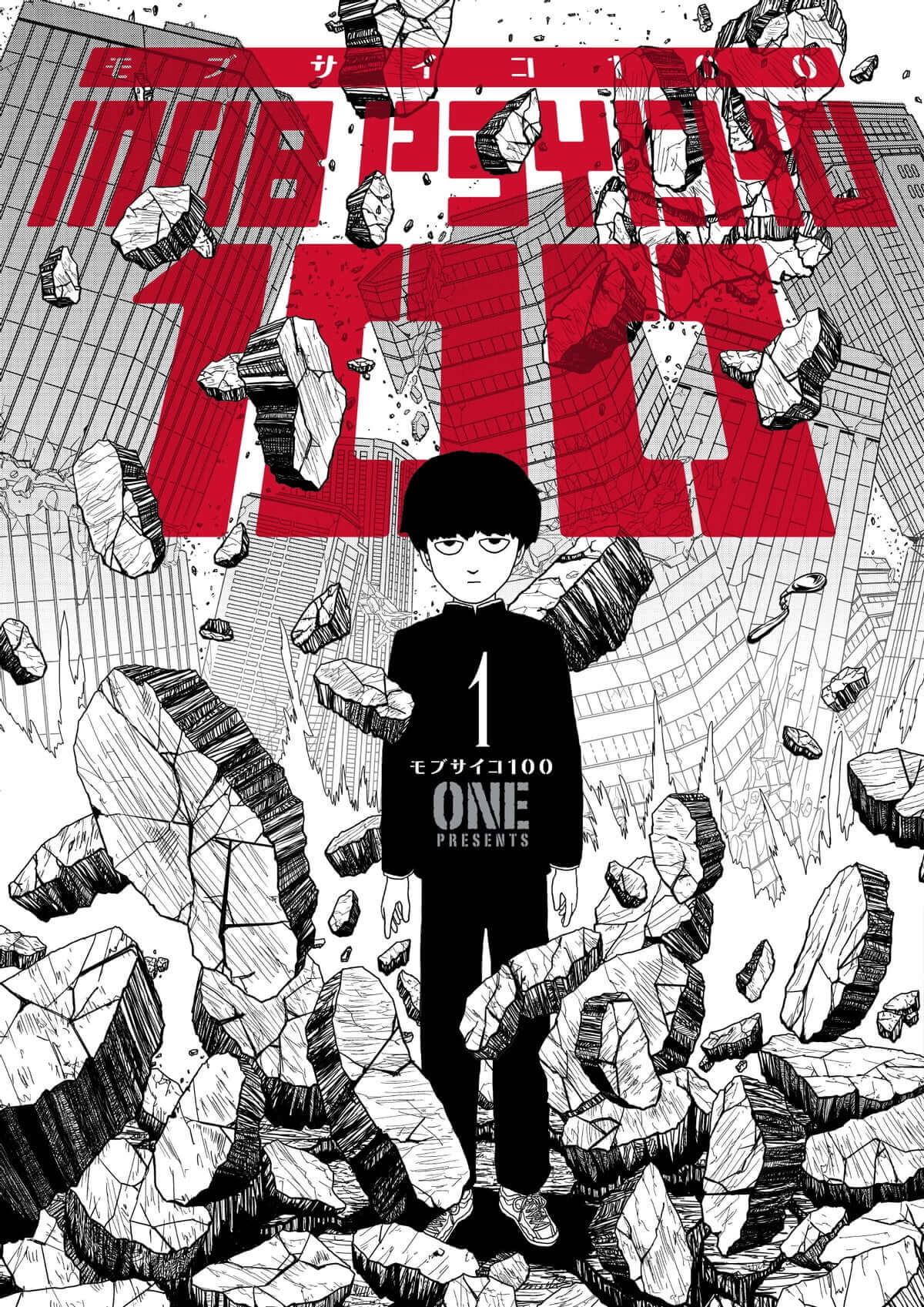 Heartstopper isn't just one of Netflix's most beloved series, but also an equally sweet comic series, written and illustrated by Alice Oseman. It tells the story of Charlie Spring, a somewhat nerdy and anxious high-schooler, and the popular rugby player Nick Nelson, who attends the same grammar school. Charlie's only recently come out as gay, but when he starts developing feelings for Nick, everyone insists Nick is straight. As the boys get closer, Charlie begins to believe Nick likes him back—but is it possible that's all in his head? 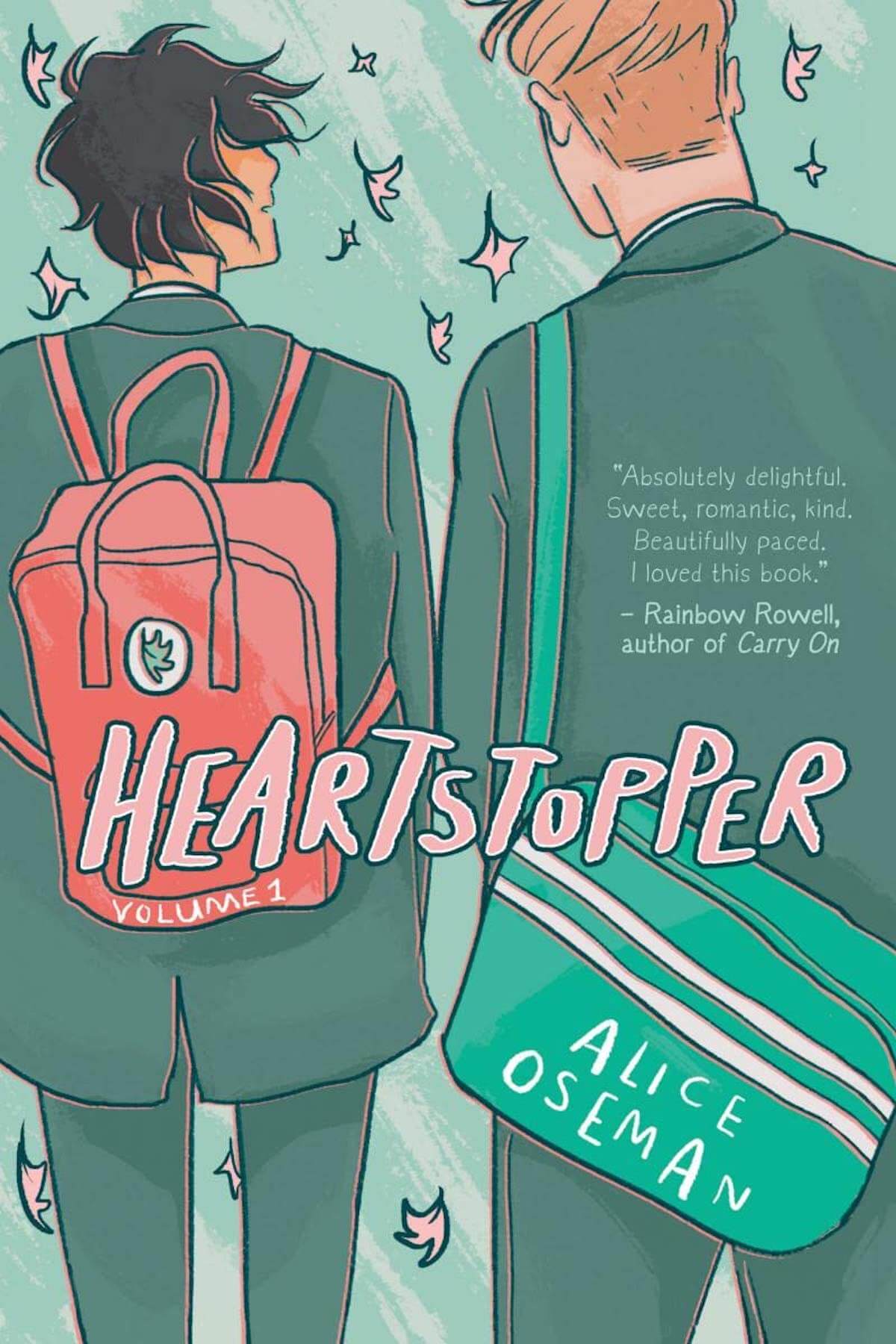 Also read about: 41 Sweet Quotes From Heartstopper That Will Make Your Heart Flutter

If you're looking for a story with great leading ladies, blending mystery and sci-fi, try Paper Girls by Brian K. Vaughan and illustrated by Cliff Chiang.  The story follows four 12-year-old newspaper delivery girls who are doing their paper routes when the town is invaded by a time-traveling force from the future. As the girls are sent back and forth between the past, present and future, they meet their somewhat disappointing future selves as well as other time travelers with motives of their own, forcing them to question whether it's possible to change the future—and if it is, whether they should. 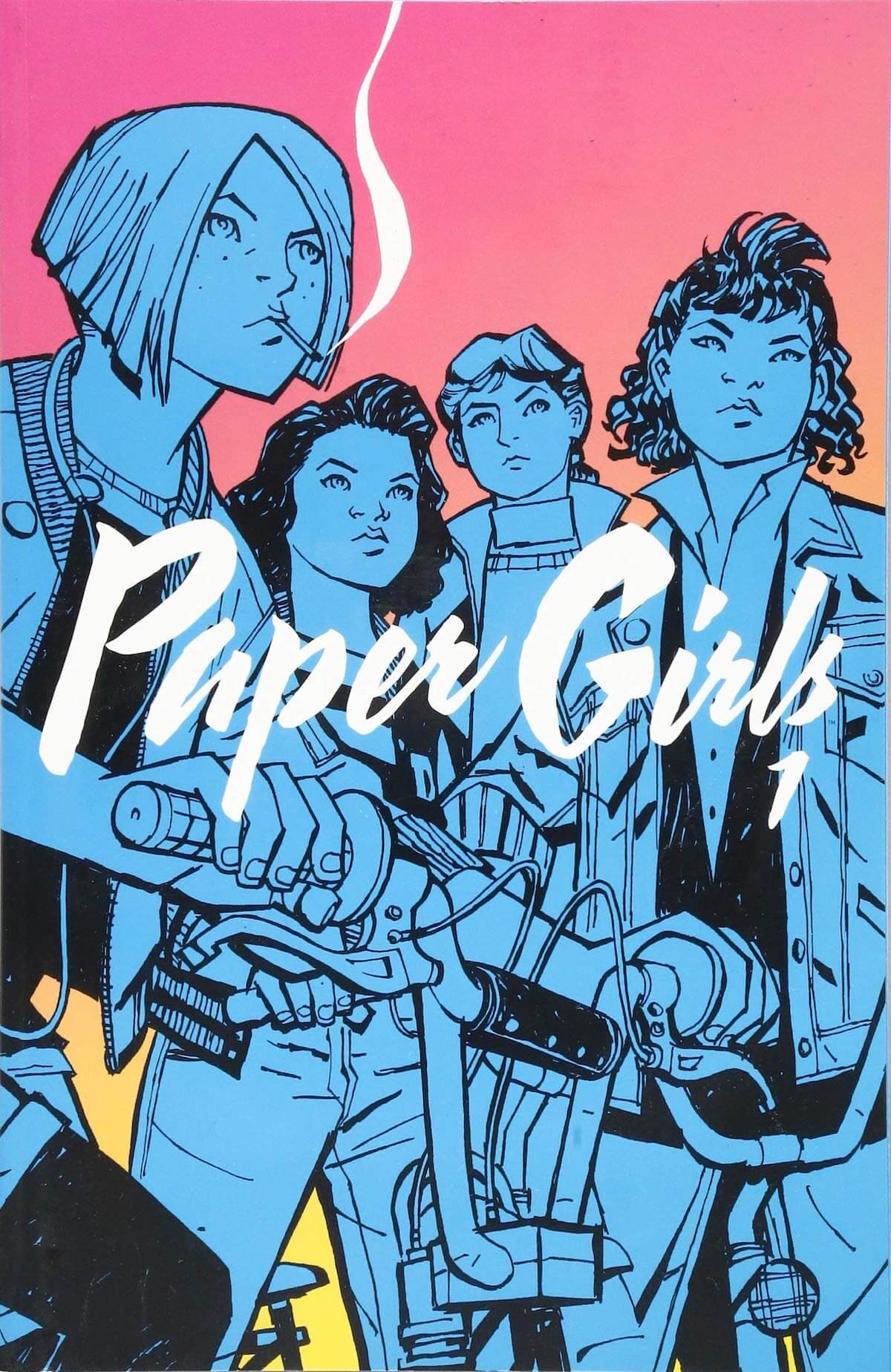 Anyone who says Superman is a boring superhero clearly hasn't read the comic books. The All-Star Superman series, written by Grant Morrison and drawn by Frank Quitely, is a different kind of superhero story. When Superman discovers that he's dying because of overexposure to our yellow sun, he decides to make the best use of his time, accomplishing a number of feats to set up Earth for future success, as well as bringing peace to the world. The story is touching, poignant and powerful, and if you don't yet have a reason to love Superman, you will after reading it. 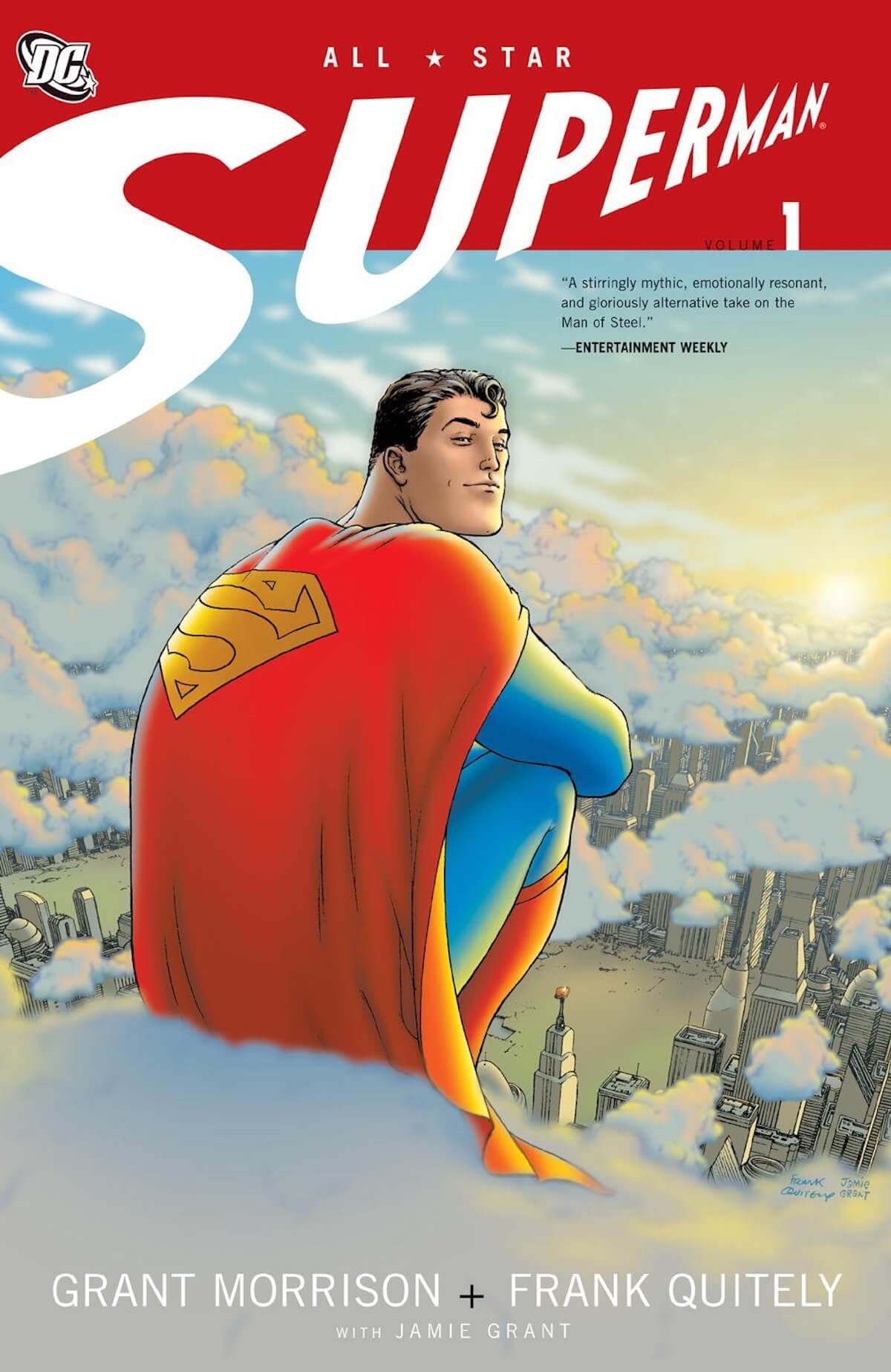 If you're looking for a slightly darker manga, we can't recommend Death Note enough. Written by Tsugumi Ohba and illustrated by Takeshi Obata, Death Note follows Light Yagami, a popular, handsome, A+ student who stumbles upon a book called the Death Note. In addition to allowing him to see Ryuk, a shinigami (or death god), the book allows him to write anyone's name and cause of death and make it happen in an instant. At first, Light uses the book to rid the world of convicted evildoers, but soon, the power begins to go to his head, leading to an intense cat-and-mouse game involving his father, a high-ranking police chief investigating the mysterious murders, and L, the world-famous (yet anonymous), detective. 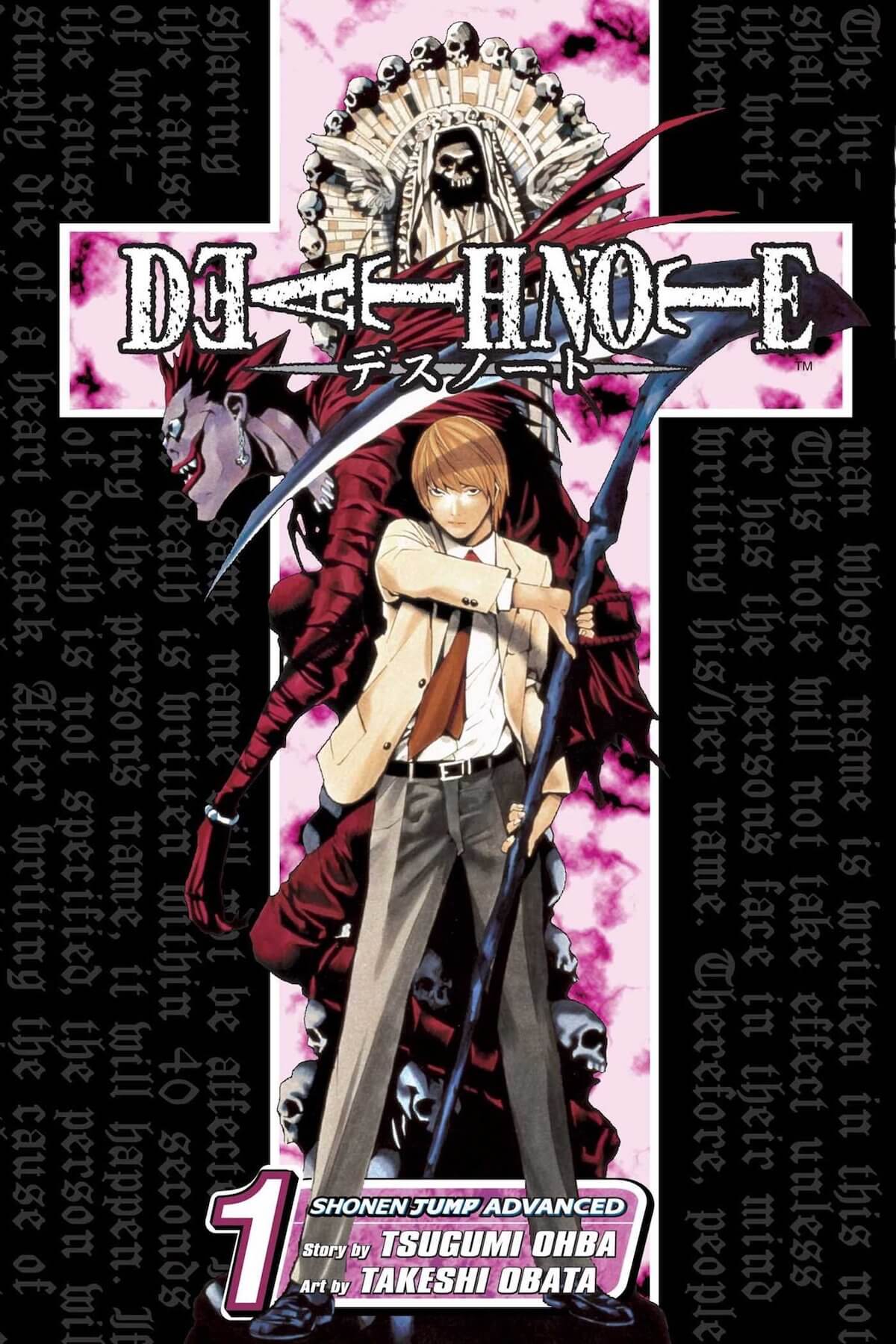 Also read about: Meltdown Comics Gave Us Their Top Tips on How to Start Reading Comics

Saga is an epic ongoing comic series written by Brian K. Vaughan and illustrated by Fiona Staples, spinning a sci-fi fantasy tale about a husband and wife, Alana and Marko, belonging to two different alien races who've long been at war. While Alana's race is known for their hyper-advanced technology, Marko's consists of magic wielders, but because of their love, they're not welcome by either side of the conflict. The series follows them as they flee from authorities on both sides and protect their daughter, Hazel, traveling through space and fighting for what's right in the name of love. 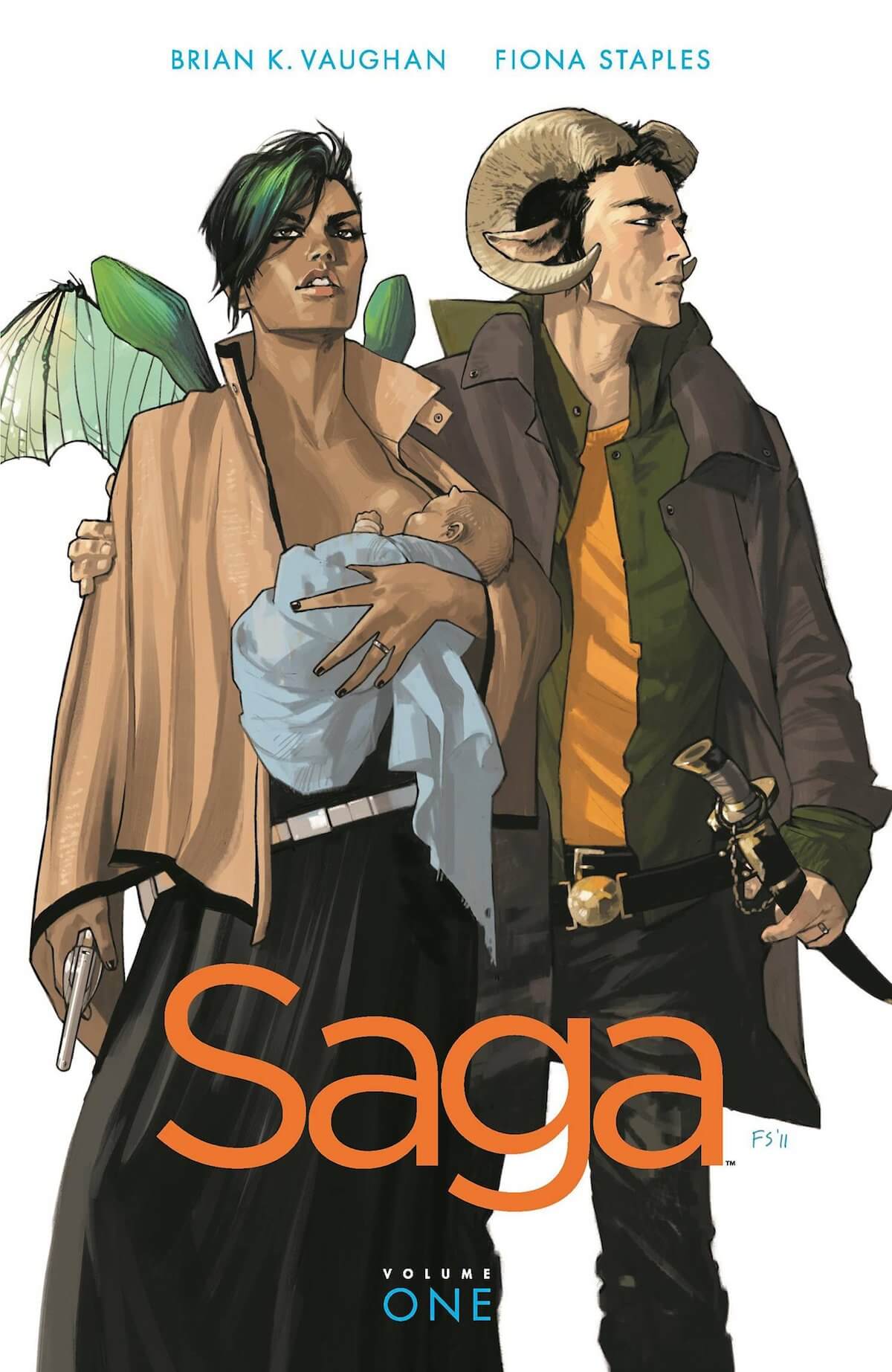 Heartbreak Soup is just one part of the Love & Rockets collection by cartoonist Gilbert Hernandez, exposing readers to his unsurpassed sense of magical realism. The stories take place in the Central American town of Palomar, introducing us to its cast of unique characters and showing the progression of the town between the arrival of main character, Luba, and her departure two decades later. It's fascinating watching the characters grow, mentally and physically, over the course of the story, and the way it represents Latin culture in an authentic, powerful narrative. 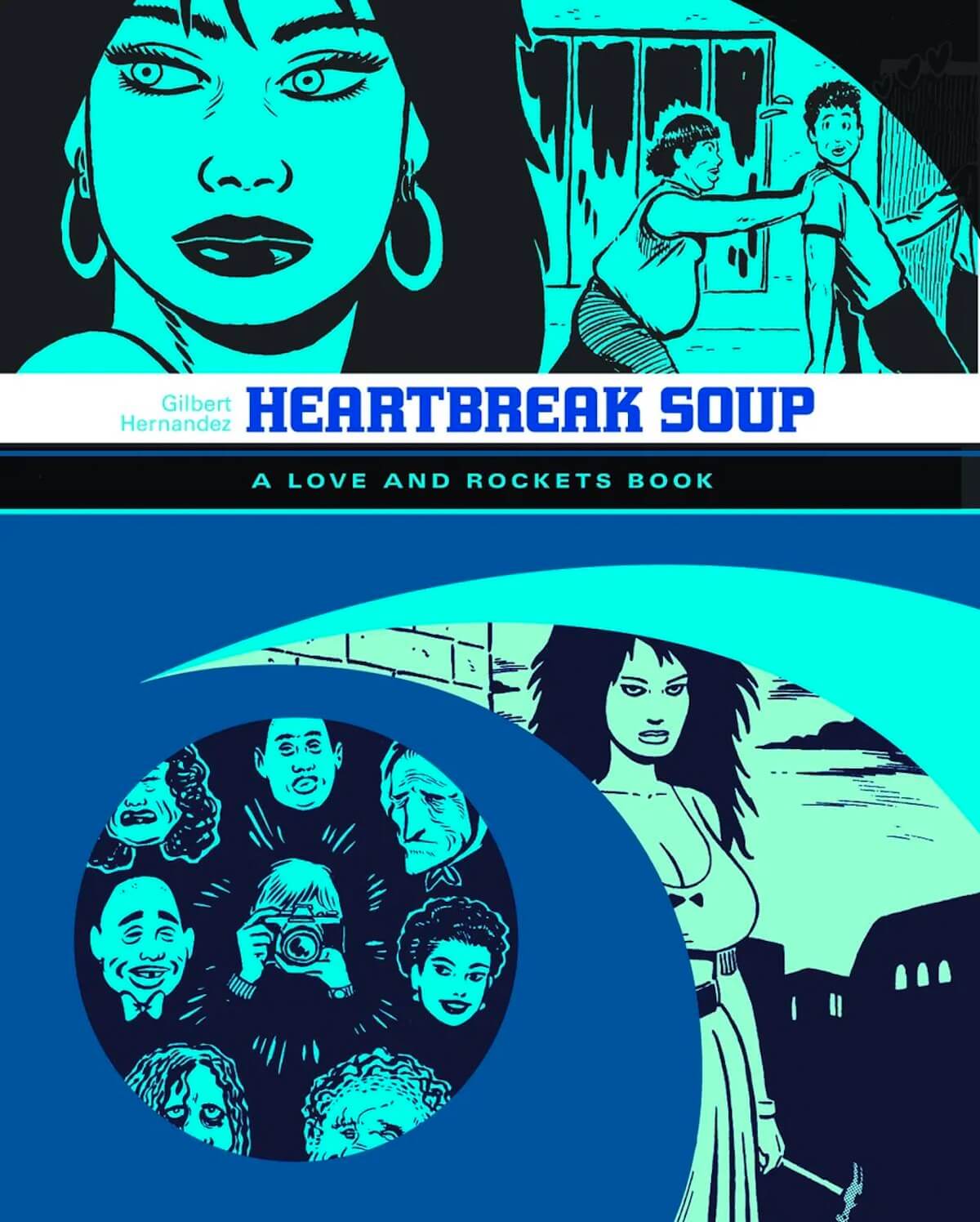 Jupiter's Legacy is a beloved series written by Mark Millar and drawn by Frank Quitely. The story begins in the 1930s, with the first generation of superheroes. They're renowned and beloved to the world—though they're not quite so perfect as the public may believe. Many decades later, these heroes are still revered and respected, but their superpowered offspring? Not so much. But when some "heroes" decide to take over the world and rule as they please, it's up to the disgraced siblings Chloe and  Brandon to save the day and earn back their legacy. 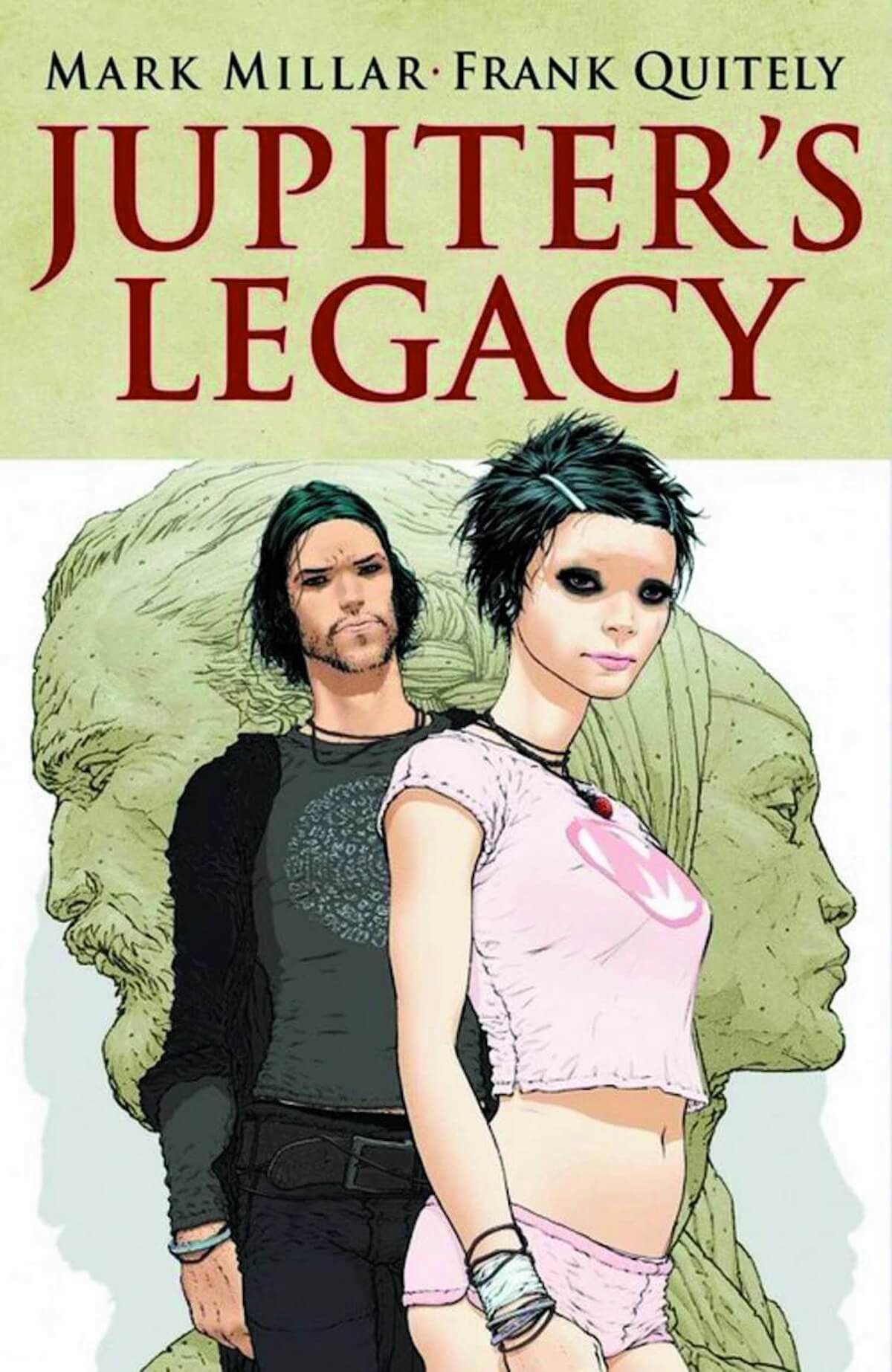 Slip, by Eisner-Award nominated writer Marika McCoola and debut artist Aatmaja Pandya, is a raw but honest tale worth digging into. It follows Jade, a teen who's preparing to head off to a competitive summer camp for artists when her best friend, Phoebe, attempts to take her own life. As Jade struggles to stay present, deal with her guilt and focus on the art she's trying to create, her ceramic monsters begin coming to life. Are they making matters worse, or simply forcing Jade to confront the parts of herself she's hiding? 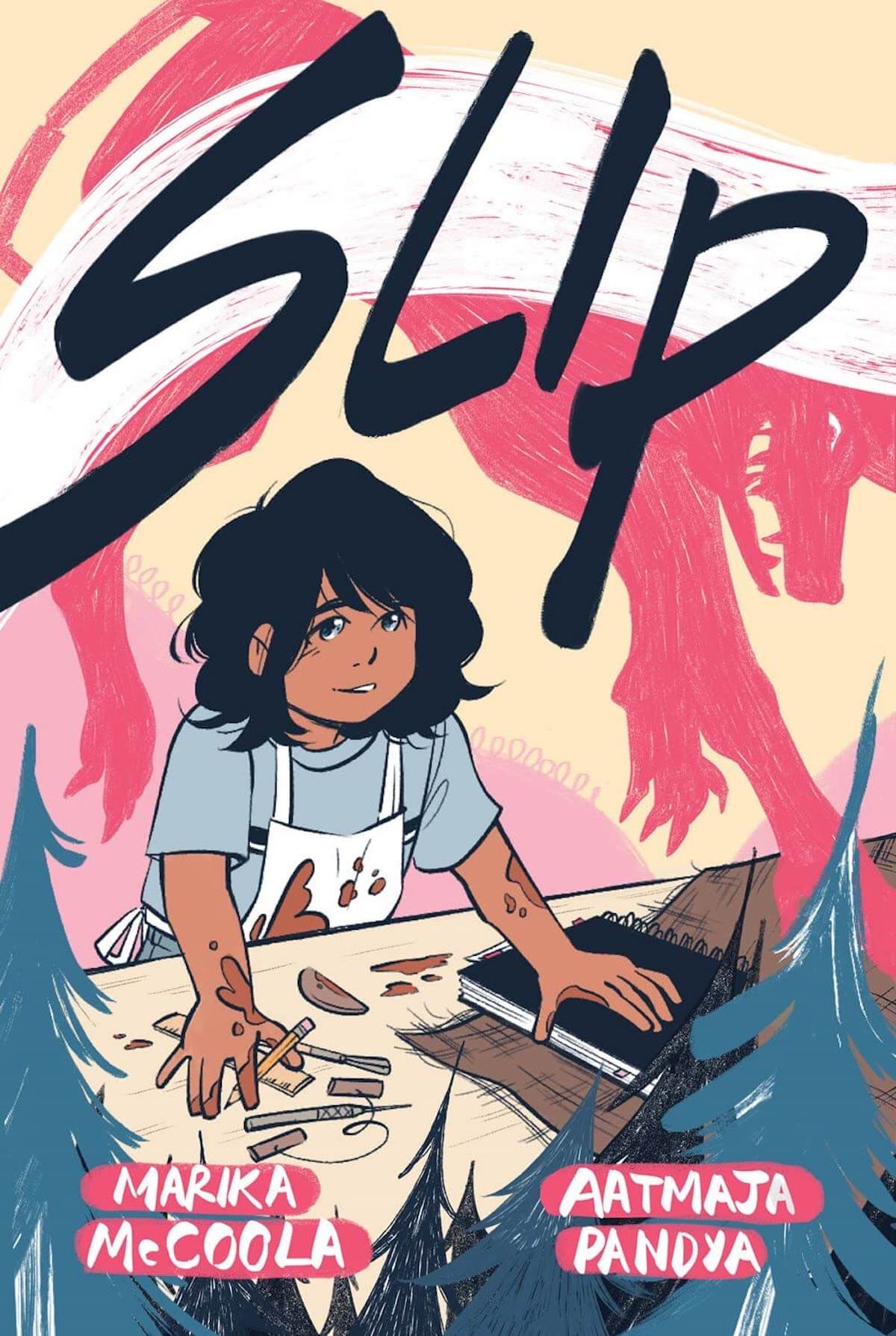 If you aren't already a fan of Transformers, Transformers: Lost Light, written by James Roberts and illustrated by Jack Lawrence, will make you one. The story revolves around the stranded leader Rodimus and his crew, who seek to return home on their ship the Lost Light, only to discover they're even farther from safety than they realized—in an alternate universe. The story is deeper than you'd ever expect, with boldly compelling characters and innovative use of the Transformers mythos to tell a story any reader would love. 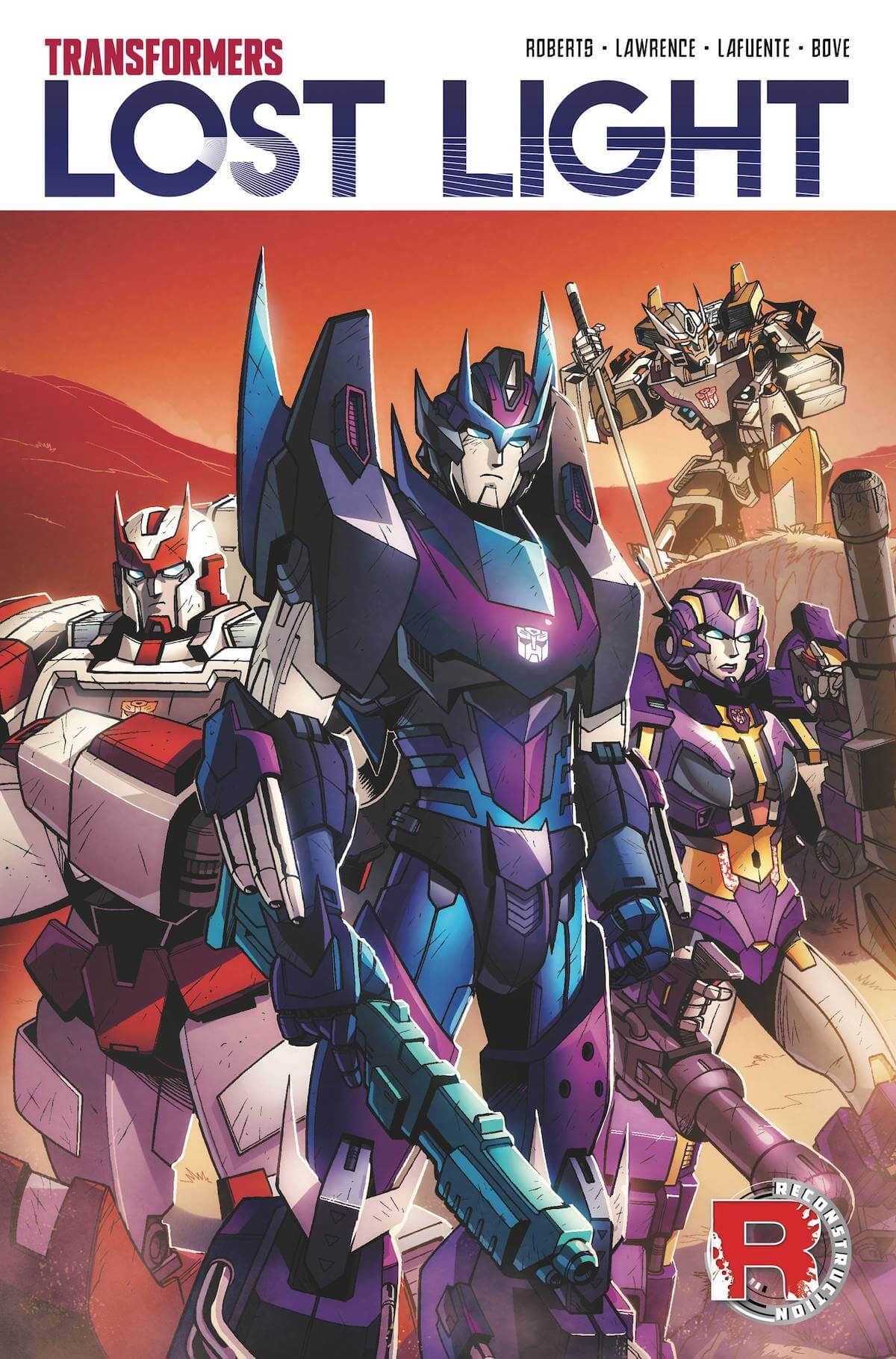 Kim Dwinell is both author and illustrator of Surfside Girls, IDW's best-selling graphic novel collection. It follows best friends Sam and Jade, two middle school best friends who take it upon themselves to unravel the Sam and Jade, two best friends who take it upon themselves to unravel the incredible and unexplainable mysteries taking place in their normally quiet beach town of Surfside, California. The story is sunny but supernatural, with ghosts, bizarre creatures and more, but mostly, we love that it's a story about a powerful friendship between girls, and what you can achieve when you work together. Plus, if you're the type of person who prefers to see something before they start reading it, it's also getting a series on Apple TV+, debuting Aug. 19. 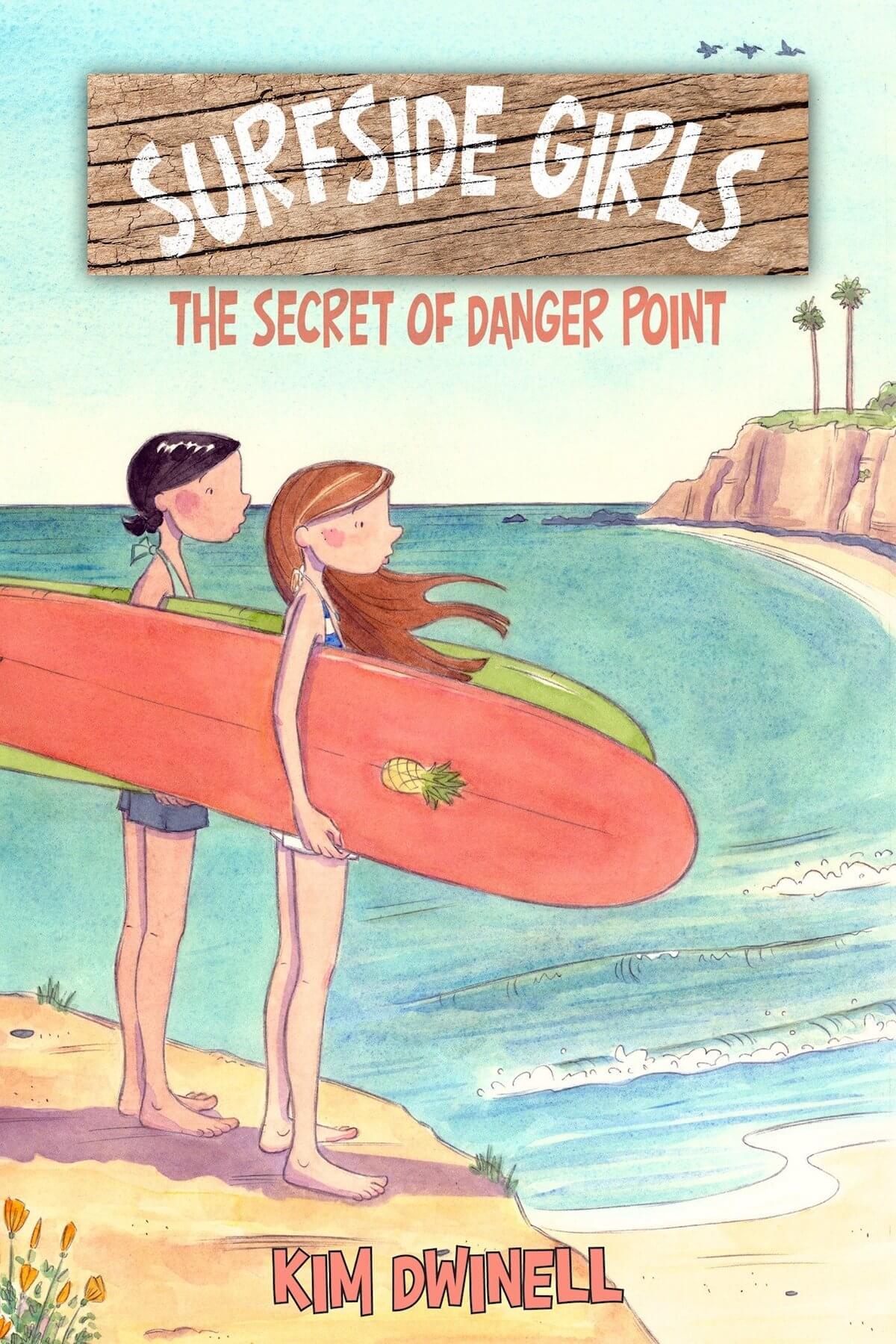 Looking for more great starter comics for anyone who hasn't read them before? Click HERE to check out some of our fave places to start.