Netflix is so convenient.

Instead of flipping through your cable channels aimlessly searching for something to occupy your time, you can now binge-watch an entire season of your favorite show in one day.

Unfortunately, the ability to watch everything you could possibly want also means that you run out of entertainment a lot more quickly. But if you think you've watched everything that Netflix has to offer, you're wrong.

Keep scrolling for the best hidden gems on Netflix that you need to binge right now.

For some reason, Anne With An 'E' has never been given the recognition it so rightly deserves. The series is based on the Anne of Green Gables book series, and it follows Anne after she's adopted from an orphanage and sent to a family who thinks they're getting a boy. This retelling of the classic story is sweet, pure and simply entertaining. If you want a break from all the bad things happening in the world, tune into this series. 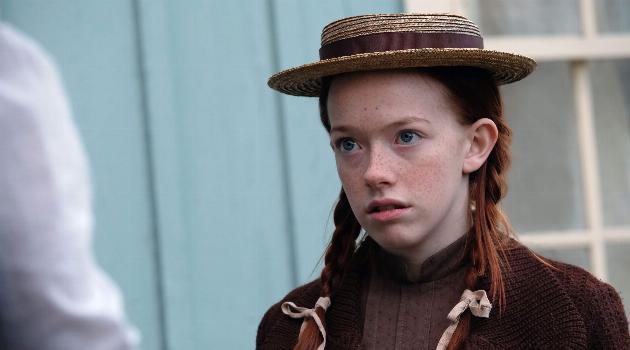 (Anne With An 'E' via Netflix)

On the other end of the spectrum from Anne With An 'E"s uplifting feel is Alias Grace. This series is based on Margaret Atwood's novel about Grace Marks, an Irish immigrant who was sentenced to life imprisonment after the murders of her employer and his housekeeper in Canada. The series questions whether Grace should be pardoned due to insanity. The limited series is short, but it will have you dying to get to the next episode just to see what happens. 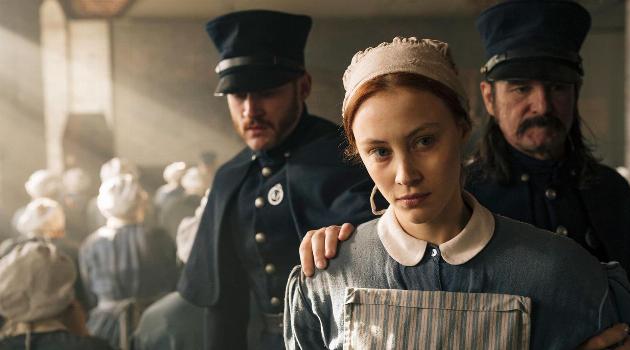 The It Crowd is a British sitcom with a huge cult following, even though it hasn't quite made its way into the American mainstream. It follows three staff members in a London IT office led by a boss who knows nothing about IT. It has an old sitcom kind of feel, but it's perfectly entertaining. Much like Friends, it's the perfect show to throw on when you want to watch something easy that doesn't require too much of your attention. 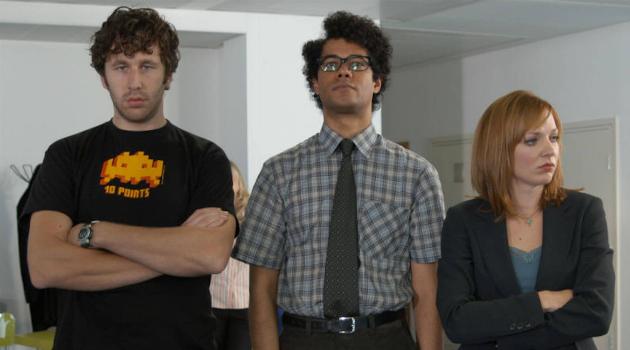 (The IT Crowd via Channel 4)

Cable Girls is set in 1920s Madrid where four women work as telephone operators for the first national telephone company. The show follows these women as they navigate a new, progressive workplace alongside their personal relationships. Although it sounds pretty cut-and-dried, it's full of twists that will keep you engaged from beginning to end. Plus, there are five full seasons with eight episodes each, so it will take you a little while to chug through this series. 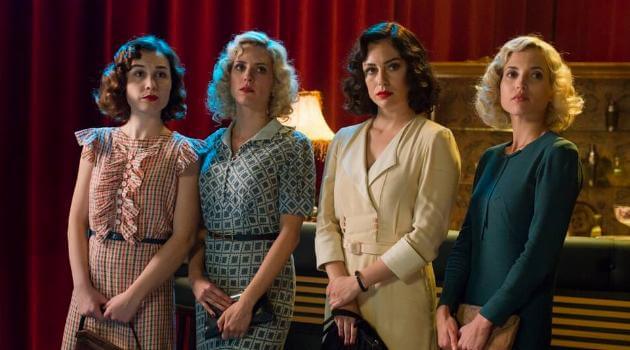 Are you in love with Jason Momoa? If your answer is no, you're wrong. Frontier stars this beautiful man, who, this time, plays a fur trapper in 18th century North America. It's ruthless and more than a little violent, but it's also widely entertaining. Plus, it brings the hunky star to the small screen once again. How can you say no to that? 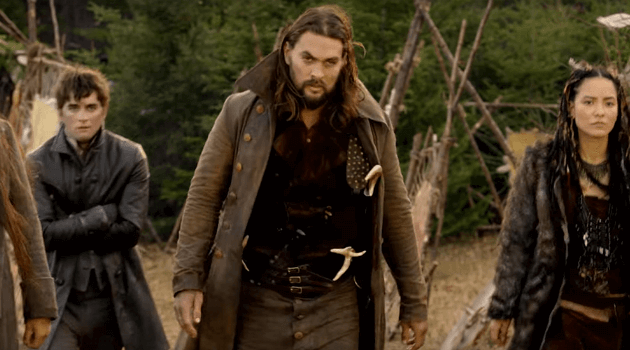 In case you haven't yet noticed, there are plenty of hidden gems in the form of British TV shows. Chewing Gum is no different. This funny series centers on Tracey, a young girl raised in a strict religious environment. Now that she's older, she's trying to figure things out for herself. We won't give too much away, but we will say that her new perspective leads to some wildly funny experiences. 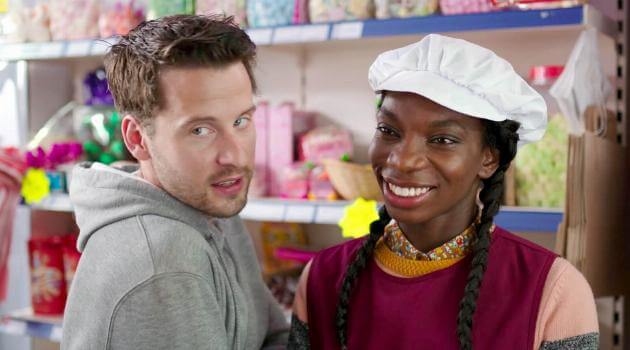 If you're looking for a new movie rather than a TV show, Begin Again is for you. It follows a struggling music producer who comes across a new singer-songwriter who might just change his luck for the better. It stars Mark Ruffalo, Kiera Knightley, Adam Levine and other standouts who really bring this rom-com to life. It's the perfect feel-good movie to pop on when you just want to escape the world for a little while. 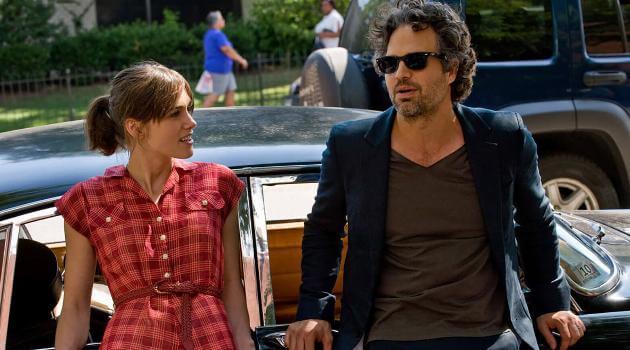 (Begin Again via The Weinstein Company)

Another underrated film worth watching, Okja centers on a young woman and her pet, a genetically engineered super pig. The film brings up many questions about corporate greed and scientific ethics, all wrapped up in the story of a young girl and her pet. It might make you cry, but it will definitely make you think. Trust us, this film is worth watching. 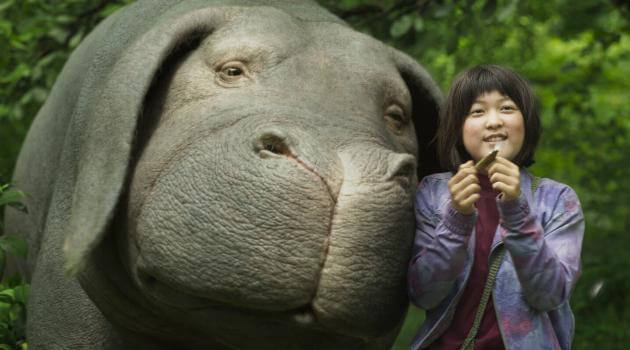 Santa Clarita Diet has continued to fly under the radar, despite casting Drew Barrymore as the show's lead. While it's still leaning into the almost-tired zombie trend, it offers a fresh perspective that makes this series really fun. Rather than going for the typical horror-movie feel, the show is more of a sitcom, with a lot of blood and gore to drive the plot forward. It might turn your stomach a little bit in the first few episodes, but suburban mom Sheila's sudden transformation into an undead human is sure to keep you entertained. 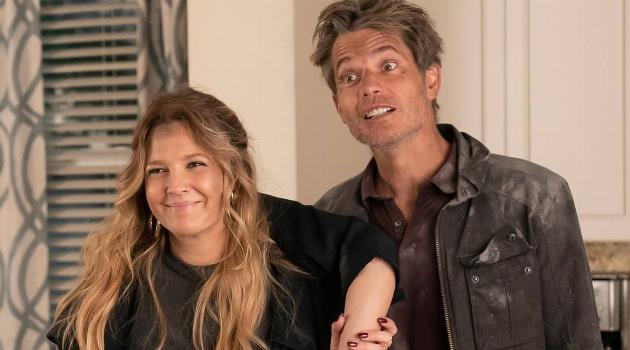 People either can't shut up about Schitt's Creek, or they know practically nothing about it—there's no in-between. But if you're in the group who has yet to fall in love with this sitcom, you need to give it a watch. It's about a wealthy family who loses everything and is forced to relocate and make a living in a teeny-tiny town called Schitt's Creek. Starring Eugene Levy and his son, this series will have you laughing out loud at all the ridiculous antics of the Rose family. 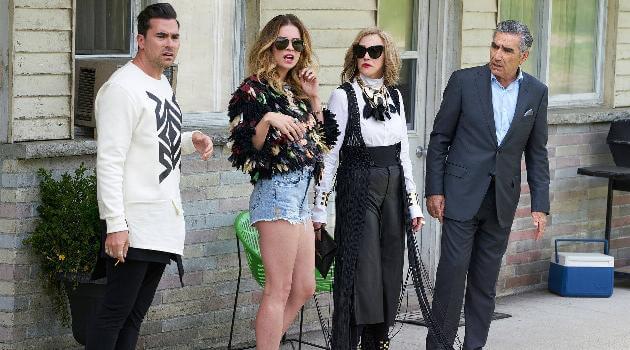 Looking for more new content on Netflix? Click HERE for the most popular reality shows on Netflix, ranked.