As the temperatures dip and the days grow shorter, we somehow find ourselves playing even more Nintendo Switch than usual, and this fall has been quite the season for games.

We love the Switch not just because it's the perfect console to play in bed under piles and piles of warm blankets, but because the game selection is one-of-a-kind—and we especially like using it to play cozy games. Curious about our current favorites? Keep scrolling to check out the games we won't stop playing all fall. 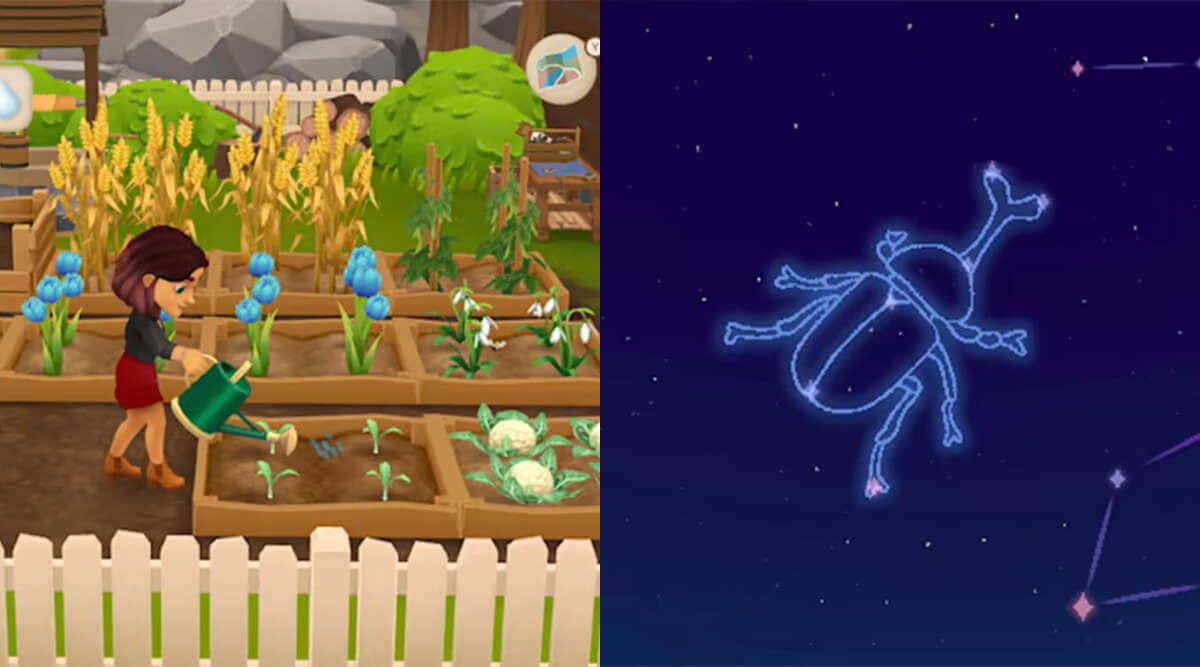 You may have already spotted Ooblets on our summer list, but guess what? We're still unable to put this cozy, addictive game down. In the game, you arrive in the colorful city of Badgetown to start a new life on an old farm, meeting the delightfully weird locals as well as creatures called Ooblets. Ooblets are adorable, kooky creatures who grow from seeds and love to participate in dance battles, and you'll be doing all kinds of crop-growing and resource-managing as you recruit more to dance your way to the top. It's all in service of helping Badgetown thrive—as well as to uncover a massive conspiracy that could spell its doom.

We've been Splatoon junkies ever since the first game debuted on the Wii U, and Splatoon 3 truly is the best entry yet, bringing back all of the paint-based dueling we love with more weapons, play modes and clothing options than ever. Whether you play the ultra-competitive Anarchy Battles, love cooperating with teammates for Salmon Runs or go casual and classic with Turf Wars, where the goal is simply to coat the ground in your team's color, it's nearly impossible to get bored with everything it has offer. It's so bright and fun, and the music is also some of the best in the series—if you spend hours and hours playing the game, like we do, that really matters!

Also read about: Card Shark Is a Game About Cheating at Cards, and It's a Blast From Start to Finish

On the surface, bakery sim Lemon Cake may look like one of those casual, low-stress games about making friends and serving cute cakes, but it's actually hectic, fast-paced and quite the opposite of relaxing—in the best way possible. In the game, you take over a haunted bakery (with a ghostly former baker as your guide), managing every aspect of the job, from watering the produce in the garden to brushing animals, loading firewood into stoves, sweeping up messes, serving customers and bussing tables—not to mention the actual mixing and baking! As you make more money, you slowly add upgrades to the bakery and items to the menu, with the ultimate goal of restoring the location's famous lemon cake. The game may be cozy, but with all of the work to be done, it's not for the faint of heart.

Now here's a game for anyone who loves a good pun. In Restless Soul, you take control of a newly dead ghost who just wants to return to the land of the living, going up against the forces of the Grim Reaper and the evil Dr. Krull to find the Portal back home. We love the game's approach, blending a black-and-white 3D pixel art style like we've never seen with classic RPG movement and light shoot 'em up combat, but our favorite thing about the game has to be its sense of humor. It's sweet, silly and full of pop culture references that'll keep you chuckling to yourself until the very end.

For a stunningly beautiful yet totally cozy experience, without spending a lot of money, you can't do much better than Paradise Marsh. In it, you traverse a sprawling marshland, where it seems the stars have mysteriously fallen from the sky. To restore them, you explore, capturing critters with a net and filling a journal with your findings while interacting with the lush, rich world. Slowly, the constellations are restored, and vast wisdom is shared along with them, but if you're anything like us, you'll find that the world sucks you in, and completionism is far from the only goal of discovering all there is to find there. It may only take a couple of hours to complete, but it feels so much bigger than that, and it's an experience you'll want to revisit again and again any time you need a break from the hustle and bustle of the real world.

We don't care what anyone else says—we'll never get tired of cute, comfy farming sims—and Wylde Flowers adds in a witchy element that makes the game even more irresistible. In the game, you play as Tara, a newcomer to the town of Fairhaven who joins her grandmother in tending her family farm. There truly is so much to do in the game that we feel like we've only started to scratch the surface, but the combination of both farming and magic elements, including mixing potions and casting spells, has us fully hooked. The game also has a memorable cast of 30 characters (who, impressively, are all fully voice-acted), and seven romance options—though we haven't quite picked our favorite just yet. Just don't blame us when the hours absolutely fly by while you play this one.

Missed our favorite games of the summer? Click HERE to check out the list of our fave games from earlier in the year.