Nothing saves a celebration on the decline like the perfect party game to bring everyone together.

If you want to be the hero of your next big gathering, be sure to have every one of these party game apps on your phone to save the day:

This game is exactly what it sounds like. During each round, one designated person uses a phone to translate the names of different foods, movies, popular sayings and more into emojis. These emojis then pop up on another iPhone or an Apple TV for the rest of the players to guess. The game requires at least two people, but beyond that, you can have as many players as you like.

It's a simple premise, but it's very effective. Since everyone works together to see how many emoji phrases can be guessed before the time runs out, it always feels collaborative instead of competitive, and some solutions are particularly clever, boosting the egos of everyone in the room.

While we think the optimal experience is the one utilizing an Apple TV as the second screen, it works just as well between two phones. If you play for an extra long time, you'll eventually run into some repeats, but the game is adding new trivia packs every month. Emoji Charades has recently become our go-to game when we need something fast and fun to recharge our batteries in the Sweety High office.

Chances are you've already played, or at least seen, Heads Up! being played, since it's become a bit of a party staple over the last five years.

During each round, one player holds the phone against their forehead with the screen facing outward. On that screen is the name of something, like a celeb, an animal or a character, that this player can't see, and the rest of the players have to give the first player clues to try to guess the right name. If the player guessed correctly, they can tilt the phone up for the next clue, or they can tilt it down to skip an extra tricky one.

You can play in one-minute or 90-second rounds, so games aren't too much of a commitment, and the game itself is great for team building and bringing shy people out of their shells, and it can be played with as many people as can fit in one space. Plus, the game costs less than a dollar, with additional game packs costing another dollar each, so it'll never break the bank.

Off Limits! is a bit like Heads Up!, except for the fact that when players give the clues to guess a specific word, they're also given a list of words to temporarily ban from their vocabularies.

For example, you'd think it'd be pretty easy to guess "racehorse," but it gets way trickier when you're not allowed to say the words "thoroughbred," "Kentucky Derby," "bet," "track" or "jockey." The rounds are also extremely short, giving players just 15 seconds to give clues and guess in the absence of all of the most important words.

While the free version is completely playable, you do have to watch adds before every short round to play it. If you find this annoying, we'd recommend springing for the paid version.

Who Can't Draw is essentially the telephone game, but with drawings. The app supports two to eight players, starting with one player who is given 10 seconds to try to draw the word on the screen. After that time, each subsequent player is given five seconds to glimpse the image drawn by the previous player before they, too, do their own drawing.

When it gets to the last player, they type in their guess of the word. In addition to the doodles, the real fun comes in seeing how distorted the idea became along the way. The game occasionally asks the players to watch ads, but it's a small price to pay for the experience. 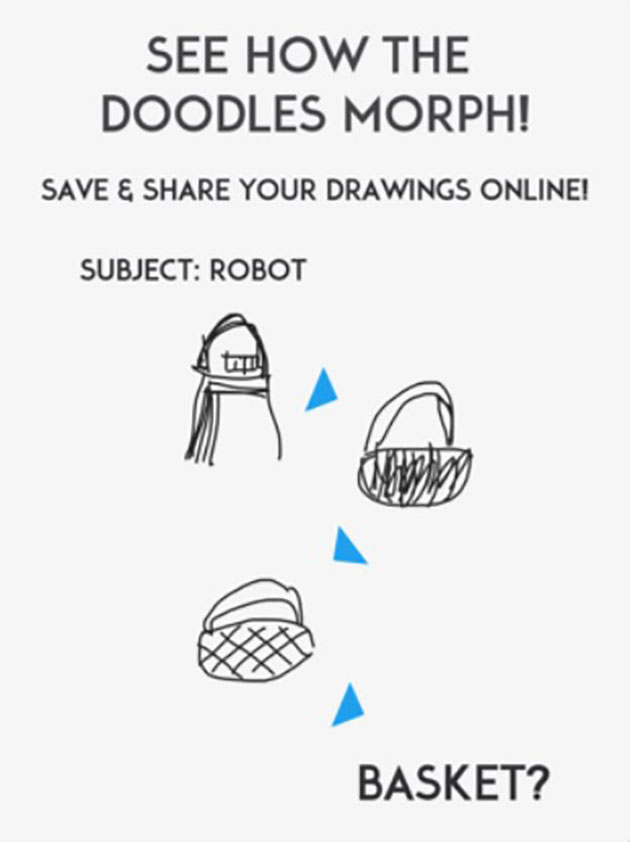 More than any other game on this list, Spaceteam is all about patience and communication. The game requires two to eight players, and for everyone in the group to have their own mobile device, but it's entirely worth the trouble.

In Spaceteam, players take on the role of different crew members on a spaceship. Each player has their own unique console with its own buttons, sliders and switches. To safely fly the ship, each player must see the commands that come into their console and communicate them effectively with the other team members so that they can fulfill their roles. While the game can start pretty calmly, soon you'll find yourselves shouting over each other to get everything done in a timely fashion to keep the ship afloat. Too many missed steps and you're done for.

This app has the highest price point on the list, but we promise it's worth it. The game can have two to four players. Each one is assigned a color, and the goal is for each player to tap as many of their colored squares as possible in the allotted time.

The tiles get smaller and more numerous as the rounds continue, making each one faster and zanier than the one that came before it. After five rounds, the winner is revealed and the scores are tallied. It's a ton of fun, and while it's a bit competitive, it's not the type of game that's easy to get upset over. Plus, it will give you an excuse to "accidentally" touch your crush's hands over and over again.

If you have a birthday coming up anytime soon, click HERE for the best celebratory songs to add to your birthday playlist.