After three long months of anticipation and guessing games, Taylor Swift's Reputation has finally been released.

We've spent the last few weeks wondering what this "new Taylor" has in store for us on her sixth album, and it's safe to say that she did not disappoint.

From the sweet to the savage, and everything in between, scroll below to see our top five picks from the Reputation album. 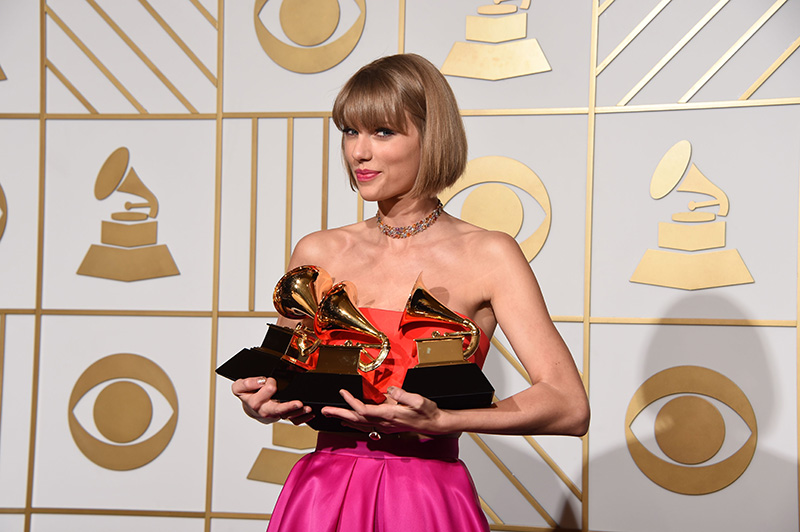 One of the biggest critiques of Taylor is that she just can't keep a man, but the third track on the Reputation album completely turns this idea on its head. Instead of the poor girl who is constantly getting her heart broken, "I Did Something Bad" shows that Taylor Swift is completely in control of her relationships. She throws in references to various past loves, explaining in the catchy lyrics that she knew what she was doing all along. The sound of the song is very similar to "Look What You Made Me Do" and we can't help but love how she puts everyone on blast.

Clocking in at number four on our list of favorite songs is the album's fifteenth track, "New Year's Day." The sweet ballad sure sounds a lot like the old Taylor, and it's a wonderful reminder that she's still all about love, even amidst her recent drama. Reputation is jam-packed with references to Taylor's new beau, Joe Alwyn, but this track is a softer and gentler ode to the simplicity of loving someone no matter where life takes you.

"I stay when it's hard or it's wrong or we're making mistakes / I want your midnights / But I'll be cleaning up bottles with you on New Year's Day," Swift sings, proclaiming the importance of sticking by the person who is there for you when the party ends. It's the love song we've been waiting for, and it's everything we needed to reinforce our adoration of this new Taylor.

Literally the only word to describe the thirteenth track on the Reputation album is savage, and that's probably an understatement. "This  is Why We Can't Have Nice Things" is a full rundown of the drama between Taylor, Kanye and Kim. She talks about how well her life was going before Kim released the infamous phone call, and fully blames Kanye and Kim for the breakdown of their mended friendship. At one point she even sings, "And here's to you / cause forgiveness is a nice thing to do" only to break out in a side-splitting laugh and say, "I can't even say it with a straight face." So it's safe to say that Kim and Kanye are not forgiven, but at least we get a catchy song out of this threesome's endless drama.

Earning the second spot on our list of favorites is the hard-hitting "Don't Blame Me." Overall, the fourth track on the album is a more upbeat tune about her endless love for Joe Alwyn, but we sense something deeper in the lyrics. Taylor has received an endless amount of criticism for singing about her relationships, and in "Don't Blame Me" she embraces the idea that she falls hard and falls fast, and she's not apologizing for it. "Don't blame me / love made me crazy / if it doesn't you ain't doing it right" Taylor sings in the chorus, clapping back at everyone who has given her hate for her relationship-driven music. She's in love, she doesn't care who knows it and we're totally here for it.

Even though we've been able to listen to the eighth track on the Reputation album for a couple of weeks now, "Gorgeous" still earns the number one spot on our list because it's just so relatable. In the song, Taylor Swift details how she can't even talk to a certain boy (probably Joe Alwyn) because he's just too gorgeous. And seriously, haven't we all been there? She sings, "If you got a girlfriend, I'm jealous of her / but if you're single, it's honestly worse / 'cause you're so gorgeous it actually hurts." Taylor is all of us meeting a cute boy, and "Gorgeous" will definitely be played and replayed many more times to come.

Do you love everything Taylor Swift? Click HERE to see which Taylor Swift song you are based on your zodiac sign.