Without their soundtracks, movies just wouldn't be the same.

Every great movie is carried by the backbone of a solid lineup of songs that move the film along.

This statement rings especially true for the 11 Disney Channel Original Movies below whose soundtracks really made the films as spectacular as they are.

Keep scrolling to see if you agree with our picks for the top DCOM soundtracks of all time, ordered by their release date.

For those of you who haven't seen this film, which we're assuming is most of you, we'll give you a little rundown. After finding a bracelet while fishing one day with his sister, teenager Zach Sands is greeted by the ghost of Susie Q who needs his help preventing her parents' eviction from their trailer park home. This DCOM is a classic, so you have to watch it.

One of the things that really drives this film is the soundtrack. Though it only features five songs, they're all perfectly placed throughout the duration of the film to move the story along. Full of plenty of 1950s gems, the soundtrack is a serious throwback, but a nice departure from the generic pop songs we're so used to hearing nowadays. 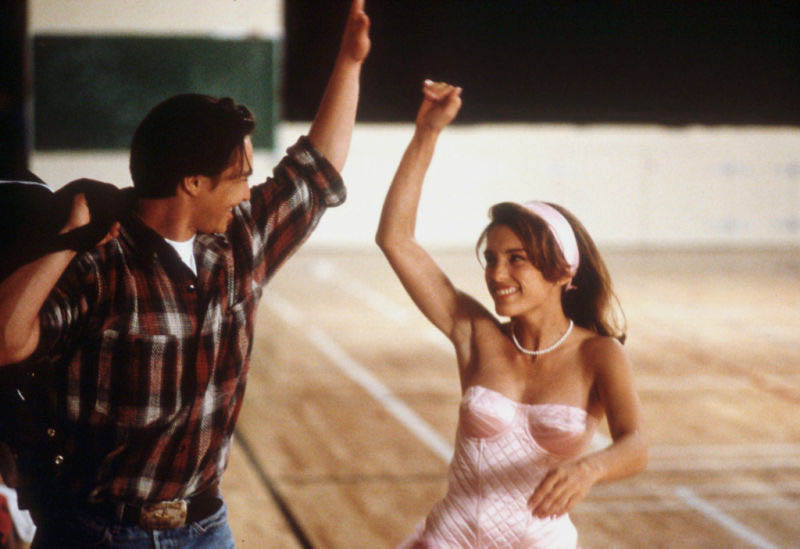 After moving from the beaches of Hawaii to the snowy mountains of Vermont due to his father's job transfer, Johnny Kapahaala is forced to adjust to life as a snowboarder. Seems like a relatively easy transition, but the movie proves that not to be true. Definitely one you need to see, if you haven't already.

As for the soundtrack, the five songs used truly make the movie what it is. For the most part, they're all upbeat punk songs that fit the teen angst theme of the show. 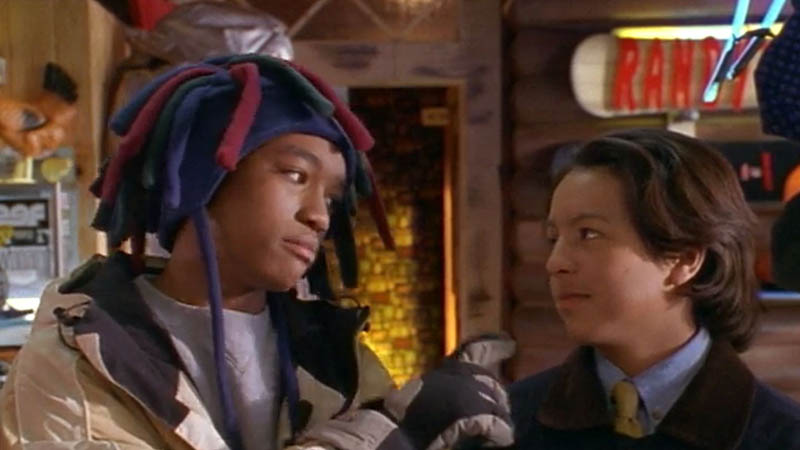 About a bowling rivalry that ensues between a group of outsiders and the more popular kids, the premise for the film is a bit odd, but it's worth giving a chance.

The film's soundtrack features a variety of artists, but a large majority of the tunes come from The Bill Elliott Swing Orchestra, a well-known swing band. Again, it's a style of music you don't often hear in movies these days, so it's refreshing to listen to while watching these kids competitively bowl their way through high school. 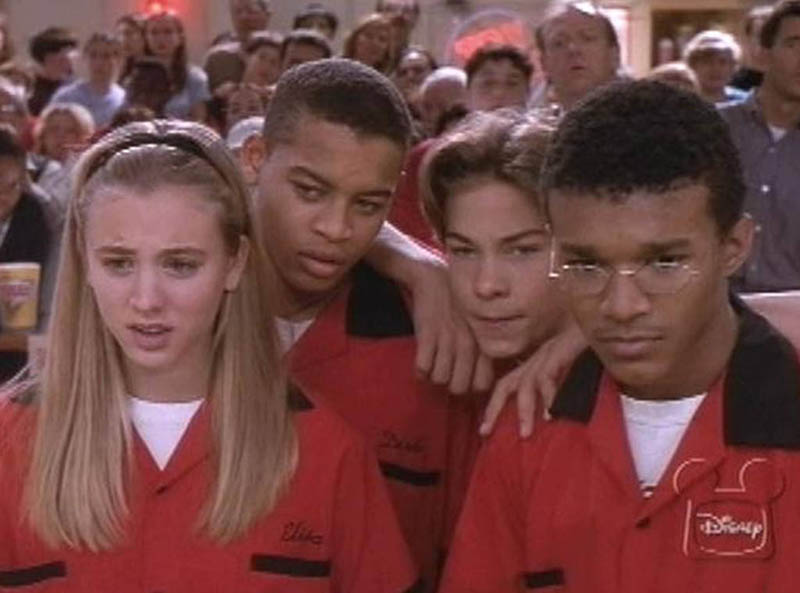 Lindsay Lohan was the queen of the teen movie scene in the late '90s and early 2000s. You couldn't watch a movie without her in it, and we bet some of your fave childhood flicks star this talented lady. Get a Clue is one we'll always love. Lindsay goes full detective with Brenda Song as they try to find their missing teacher.

The soundtrack is chock-full of catchy pop tunes by artists who never really made it that far, especially the film's titular track "Get a Clue" by the duo Simon and Milo. It's pop at its prime. 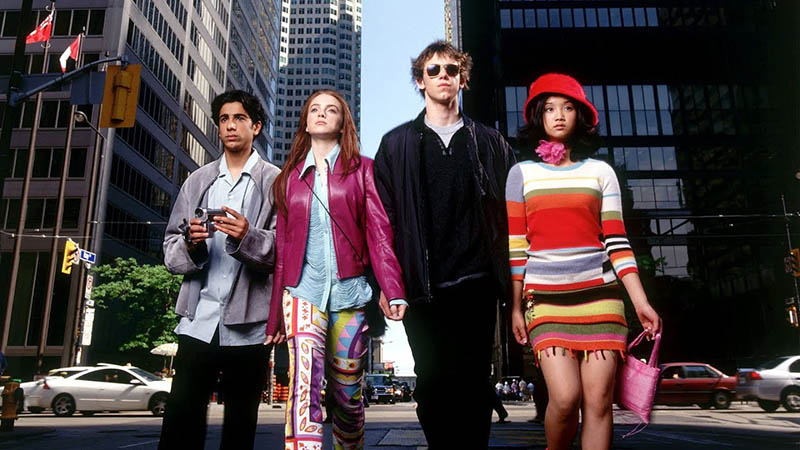 (Get a Clue via Disney Channel)

Best song: "Get a Clue" by Simon and Milo

The Cheetah Girls were the epitome of girl power. They had the best style and weren't afraid to let the world hear them roar.

When the movie came out, we couldn't stop listening to all of their songs. You bet we even learned the choreography, too.

DCOMs really took their stride after this film and that's when the soundtracks just got bigger and better. Thanks, Cheetah Girls! 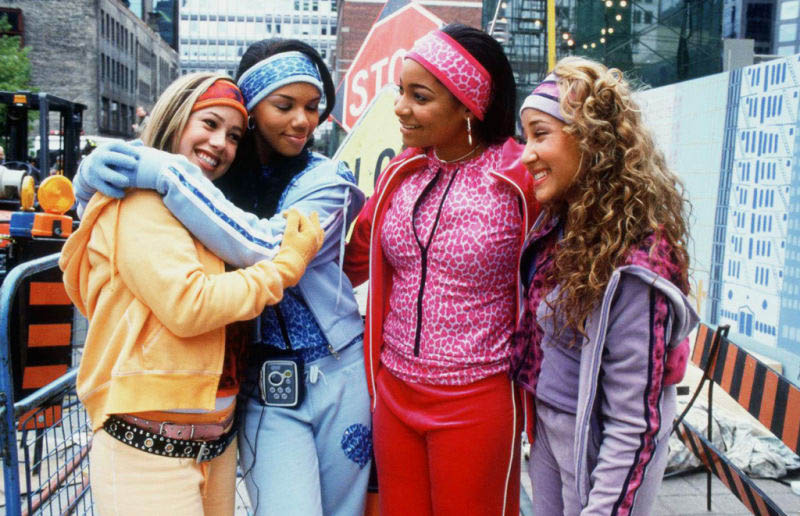 (The Cheetah Girls via Disney Channel)

Another film full of girl power, Pixel Perfect is about a pop group who finds success after they add a holographic singer to their band.

Not going to lie, after we watched this film we tried our best to form a band. Oh, and make a holograph. Neither worked out, which is why we're here writing this article. You win some, you lose some.

The soundtrack is a teenage dream. While the songs are fun and catchy, they also feature lyrics that are honest and emotional. These girls did not hold back. 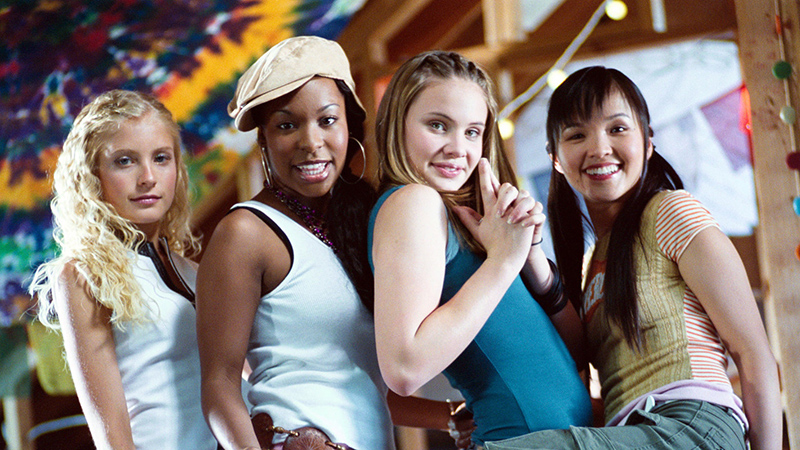 Best song: "Notice Me" performed by Loretta Modern and the Zetta Bytes

Obviously we couldn't fail to mention the timeless soundtrack from the masterpiece that is High School Musical. We still know all the words to every song, along with all the dance moves. Don't lie, you know you do, too.

Far and away, the best musical performances in the film come from Sharpay and Ryan Evans. True professionals, those two. 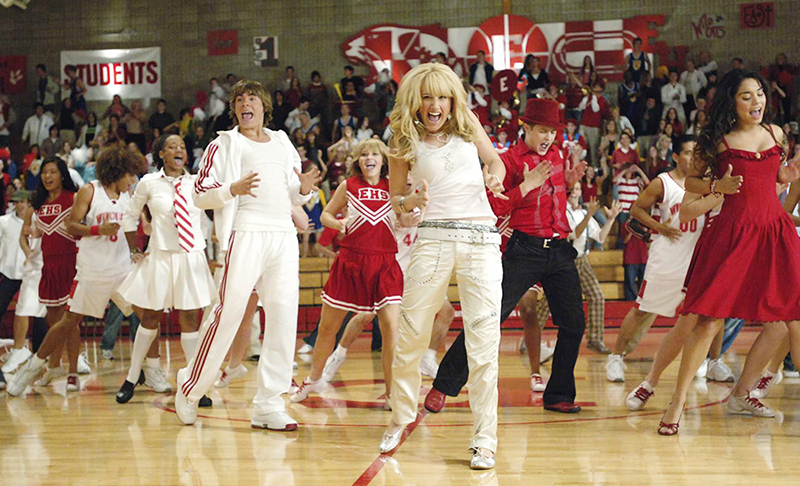 Best song: "Bop to the Top" performed by Sharpay and Ryan Evans

Camp Rock was the movie of the summer back in 2008 when the Jonas Brothers were in their prime and before Demi Lovato became a household name.

The soundtrack was the only thing we listened to all summer long. We couldn't get enough of Demi's powerful vocals.

"This Is Me" is still one of the most iconic DCOM songs to date, and we wouldn't have it any other way. That song, well, rocks. 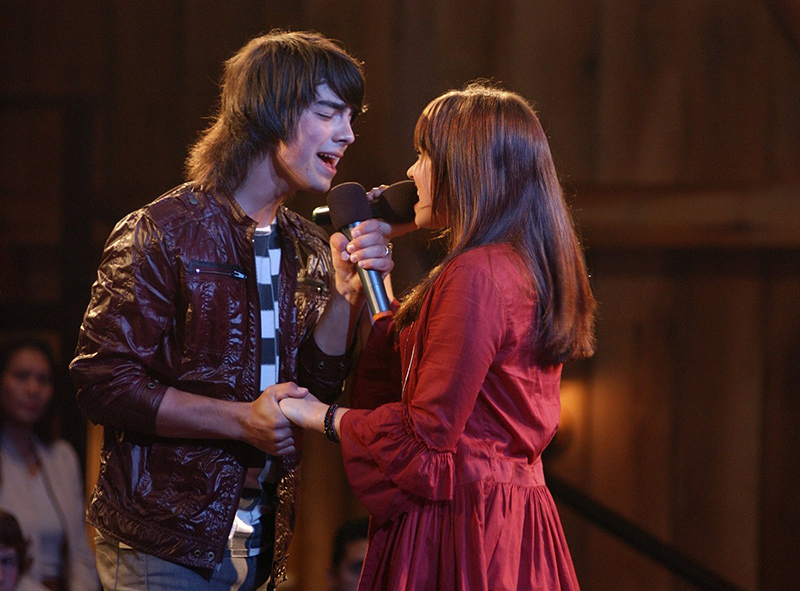 Best song: "This Is Me" performed by Mitchie Torres and Shane Gray

Lemonade Mouth was far ahead of its time, focusing on issues not many DCOMs have done to date. For that reason, this cast will always hold a special place in our hearts.

Their soundtrack taught us to be open and honest with what was happening in our lives. This ragtag band of misfits produced plenty of tunes we still turn to when times get tough. 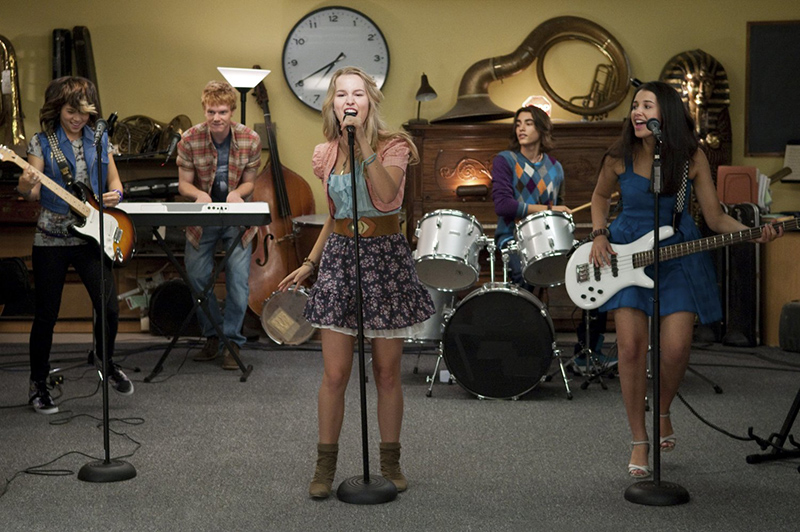 Best song: "More Than a Band" performed by Lemonade Mouth

Basically the beach version of High School Musical, we still couldn't help but obsess for months over this DCOM.

Ross Lynch and Maia Mitchell were the duo we didn't know we needed in our lives, until we saw them dance and sing across our TV screens.

The whole soundtrack is a lot of fun and pays homage to more old-school musicals like West Side Story. 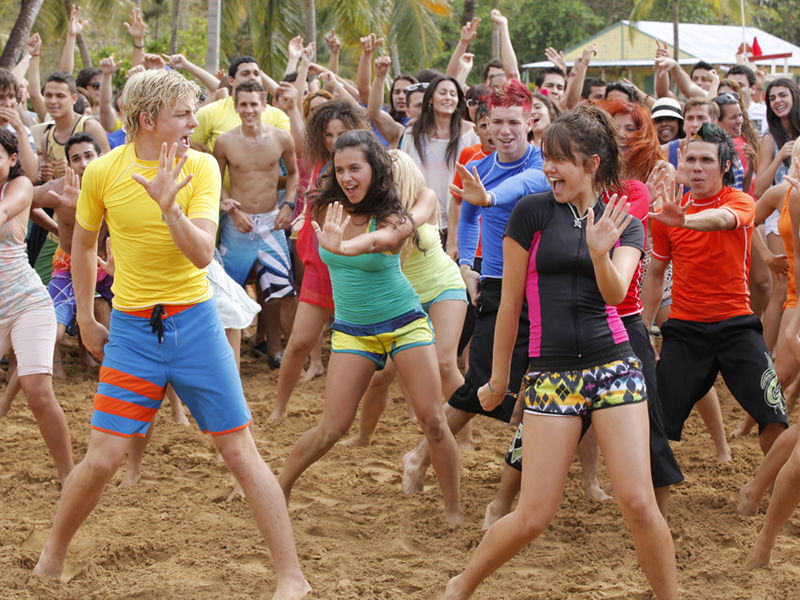 Best song: "Falling for Ya" performed by Lela

The amount of talent this film possesses is actually insane. Each actor perfectly captures their characters down to a T.

While we patiently wait for the sequel to air this summer, we'll be jamming out to the dynamic soundtrack this film has blessed us with. Anyone care to join? 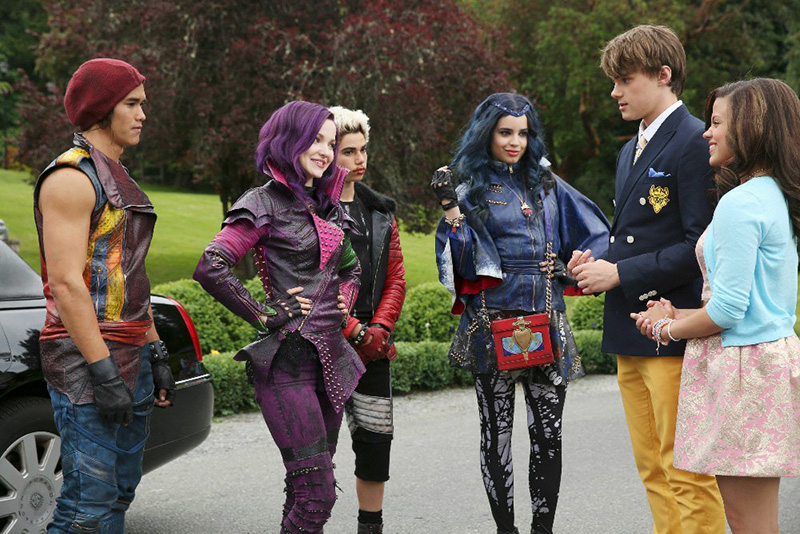 Best song: "Set It Off" performed by the cast of Descendants

Have you ever wondered which DCOM you should star in? Who hasn't?! Take THIS quiz to find out.