TikTok Made Me Read It: The Best Books We Discovered on BookTok

If you're an avid reader like us, we'll bet you see your time cozying up with your favorite books as your safe haven. The downside of being able to tear through novels in a single sitting, though, is that it can be tough to find that perfect next read.

Over the last couple of years, however, BookTok has come to our rescue time and time again. There's a massive community of readers on TikTok who've become our literary guardian angels, recommending new books based on our favorites, suggesting great finds by writers we've never heard of and sharing reviews of the books that have piqued our curiosity, so we're never at a loss when it comes to finding new books. We recommend diving into BookTok yourself, but in the meantime, here are some of the best books we discovered thanks to BookTok. 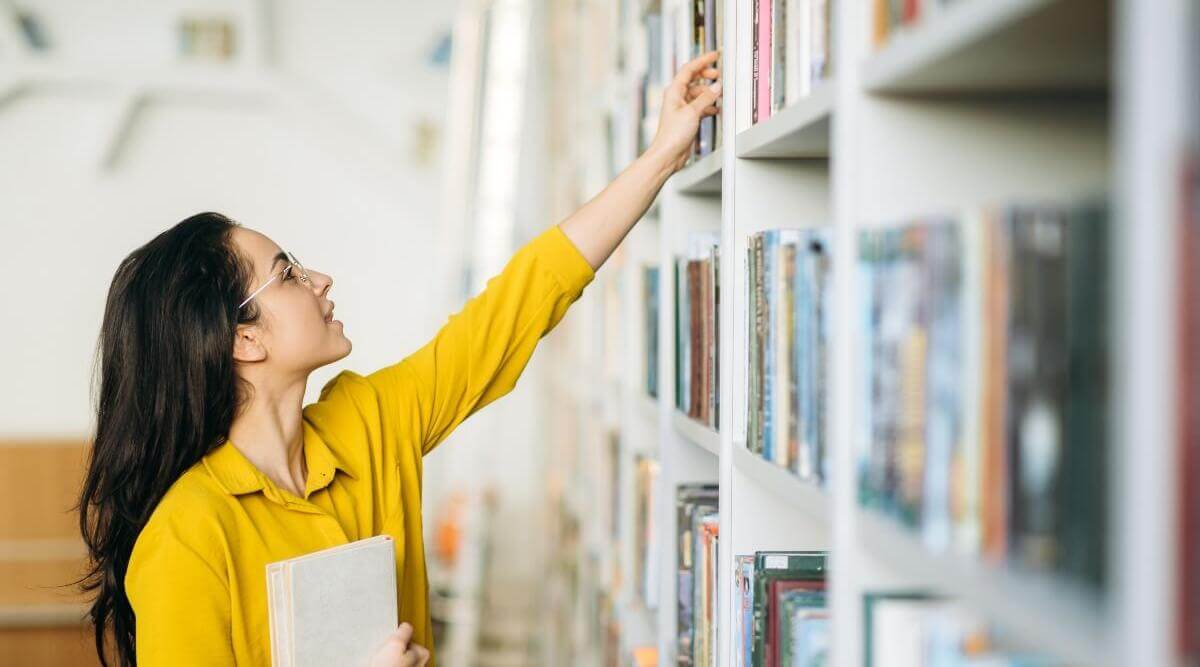 The 7 1/2 Deaths of Evelyn Hardcastle by Stuart Turton

Stuart Turton's The 7 1/2 Deaths of Evelyn Hardcastle is one page-turner of a mystery novel,  perfect for those seeking a thrill. It follows Aiden Bishop, a man caught in a time loop while working tirelessly to solve the mystery of Evelyn Hardcastle's daily murder. Each day, he awakes in the body of a different guest at Blackheath Manor, and only by finding the killer can he break out of the cycle—and save her life. With the book's constant suspense and original twists, will you be able to solve the murder before Aiden does? Regardless, we think you'll love this creative novel, which won the Best First Novel Prize in the 2018 Costa Book Awards and reached No. 1 on The Saturday Times Bestseller List.

A Good Girl's Guide to Murder by Holly Jackson

Holly Jackson's A Good Girl's Guide to Murder is another electrifying thriller for those who love to be kept on their toes. The book takes place in Little Kilton, a small town that, five years later, is still gripped by the murder of a teenager named Andie Bell. While most of the town believes they've caught the murderer, Sal Singh, 17-year-old Pippa Fitz-Amobi isn't so convinced. For a school project, she decides to investigate the murder further, and the deeper she gets, the more town secrets are revealed, with Pippa being forced to decide how far she's willing to go to get to the truth.

@111.lexisgf nothing will ever compare to reading this book for the very first time again #pipandravi #agoodgirlsguidtomrder #book #booktok #agoodgirlsguide ♬ original sound – .

Also read about: All of the Biggest TikTok Trends Right Now

Tillie Cole's A Thousand Boy Kisses is a contemporary romance that's guaranteed to jerk some tears and make your heart swell as well as break. It's a powerful love story between Rune Kristiansen and his childhood sweetheart and one true love, Poppy Litchfield. When he's forced to return to his native Norway, she promises to wait for him—only for her to cut him out of his life completely, with no explanation. Two years later, he's finally able to come back to Blossom Grove, Georgia, to find out why she abandoned him—with the truth being even more heartwrenching than he could ever predict.

If you're not yet familiar with the work of Colleen However, Verity is a great place to start, combining an unlikely romance with a jaw-dropping and thrilling mystery to delight readers of all kinds. It tells the story of Lowen Ashleigh, a struggling writer who is desperate to make ends meet when she gets a once-in-a-lifetime opportunity. Verity Crawford is a successful writer, but after an injury, she's unable to complete her series of best-selling books, and Verity's husband, Jeremy, has hired Lowen to finish them. While scouring Verity's office for notes, Lowen uncovers Verity's secret autobiography, filled with shocking information that would devastate her husband. But when Lowen starts falling for Jeremy, she wonders if she should let him in on Verity's truth. After all, doesn't he deserve to know what kind of person his wife really is?

Things We Never Got Over by Lucy Score

Things We Never Got Over is a small-town romance following Naomi, a runaway bride who comes to rugged Knockemount, Virginia, in aid of her twin sister, Tina, only to have everything taken from her instead. Tina steals Naomi's car, and her money, leaving her 11-year-old daughter—someone Naomi didn't even know existed—in Naomi's care, without a place to live or even a plan for what to do next. Local bad boy Knox usually prefers to keep to himself, but lucky for Naomi, he decides he'll be able to get back to his quiet, unbothered life fastest if just helps her out until she can get back on her feet. However, when they both realize their situation has turned into a dangerous one, they must band together, with their journey going in a direction they never expected. Truly, this is one you're not going to get over anytime soon.

Also read about: 21 Iconic Book Series for Every Type of Teen Reader

Before the Coffee Gets Cold by Toshikazu Kawaguchi

Before the Coffee Gets Cold by Toshikazu Kawaguchi is a magical, one-of-a-kind tale about a seemingly ordinary café with a power unlike any other—it allows customers to travel back in time. The catch? They must return before their cup of coffee grows cold. Each chapter follows a different character with their own reasons for wishing to visit the past. It's whimsical, cozy and tear-jerking while feeling different from any time-travel story we've ever read, and we know you'll love it just as much as we did.

A Court of Thorns and Roses by Sara J. Maas

Sara J. Maas's A Court of Thorns and Roses follows Feyre, a 19-year-old huntress who is greeted by an unwelcome creature after a hunt. Seeking vengeance, the creature transports her to a world she only knows from fairytales. She must learn and adapt if she's to survive in the mystic land of Fae—especially as she discovers the evil that lurks there, and that she's the only one who can stop it. We love the thrilling fantasy brought to life within these pages, but even better? If you love the book, it's just the first of five in the series, so you'll have plenty to get caught up on.

Madeline Miller is best known for the heroic Songs of Achilles, and if you loved that novel, we believe you'll also adore her book Circe. In an adaptation of various Greek myths, it tells the stories of a strange girl named Circe who's unaware of her mighty powers of witchcraft. After Zeus banishes her to a desert island, she decides to hone her abilities and encounters various mythological figures, including Odysseus. As she falls in love with this mortal man, she realizes that she must choose between living as a god or walking among the mortals, knowing either choice can cost her everything.

Looking for more recs? Click HERE to check out 12 classic books that teens will love.