Though it might seem difficult to take a food that's known for being drenched in meat and cheese and make it vegan, there are actually plenty delicious vegan nacho recipes to choose from. The best part? These dishes taste really, really good.

Don't believe us? Scroll down and check out these scrumptious vegan nacho recipes!

Looking for the cream of the crop of vegan nacho recipes? THIS take on the popular game day food from Minimalist Baker promises to be the "best" there is. The drool-worthy dish features chunky salsa, black beans and fresh guacamole all topped with a velvety vegan queso. You won't be disappointed. 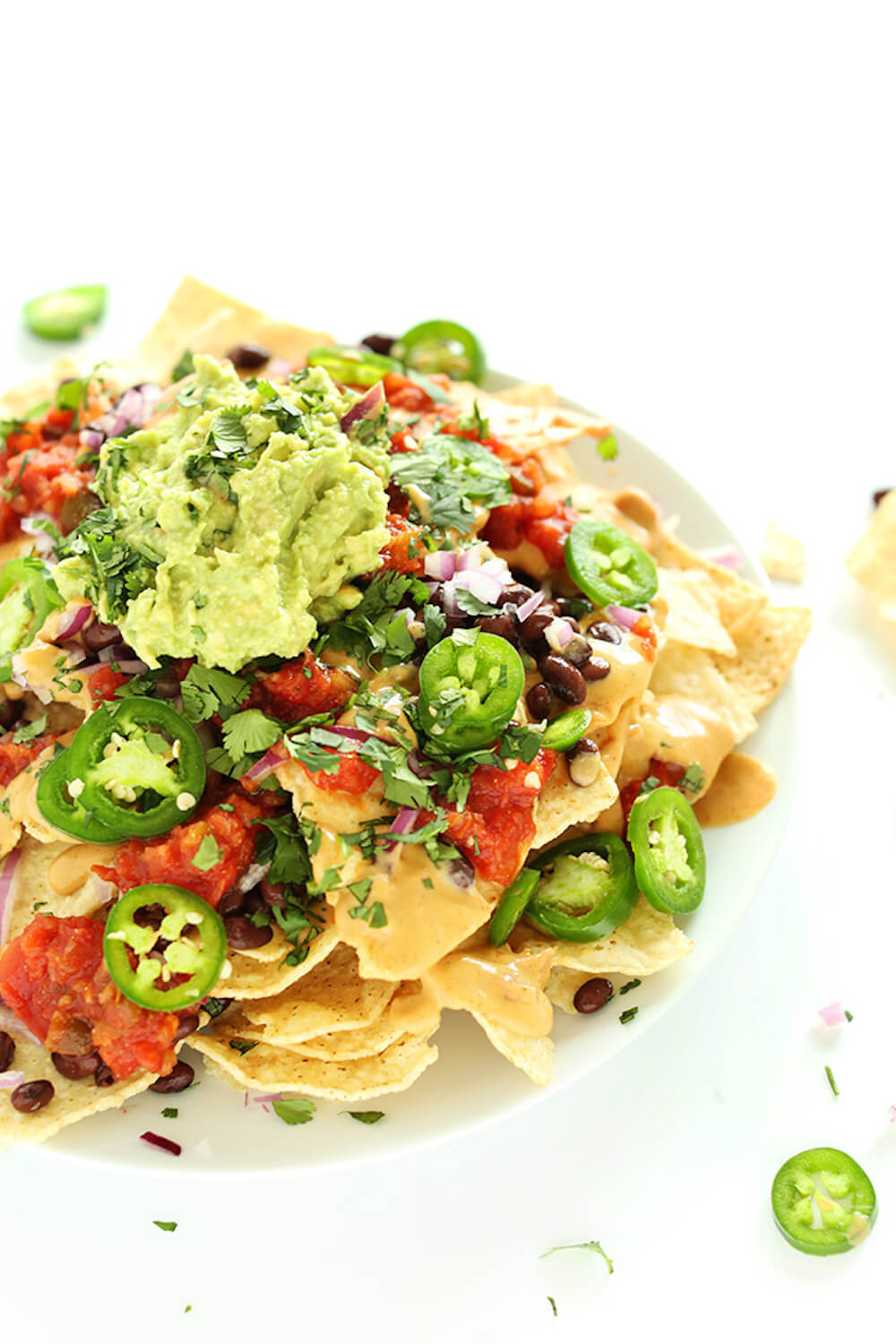 You don't need dairy to make an awesome plate of nachos! Piled high with refried beans, creamy guac, and dairy-free queso, THESE vegan nachos will be a hit with vegans, vegetarians and omnivores alike. Watch out, because they're addictive! 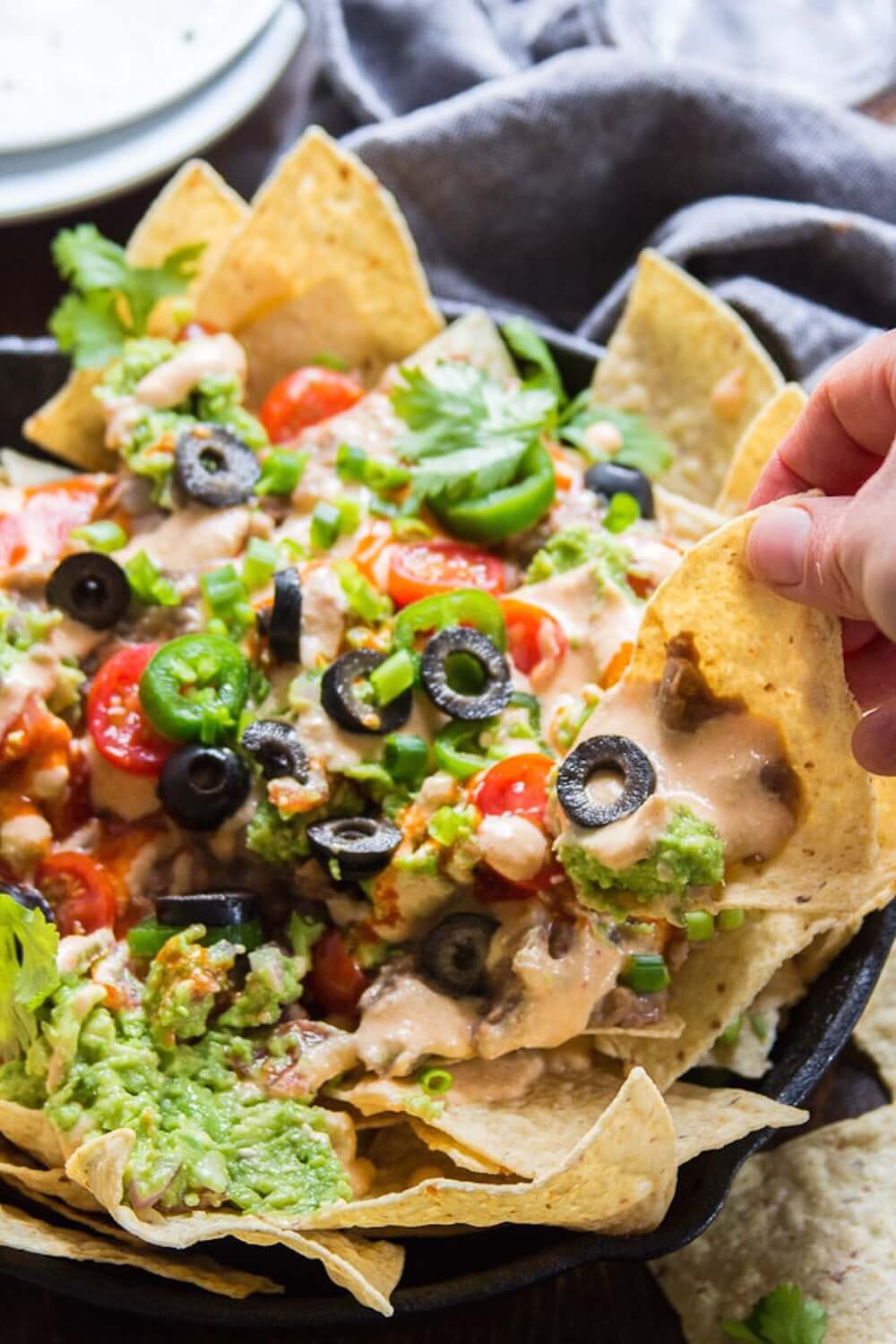 Vegan Nachos With a Healthy Twist

When you think about nachos, "healthy" isn't exactly the first word that comes to mind, but THIS recipe is tasty and nutritious. The chips are loaded with lentils, vegan cheese, and fresh veggie salsa, meaning you don't have to feel guilty about going back for a second (or third!) helping. 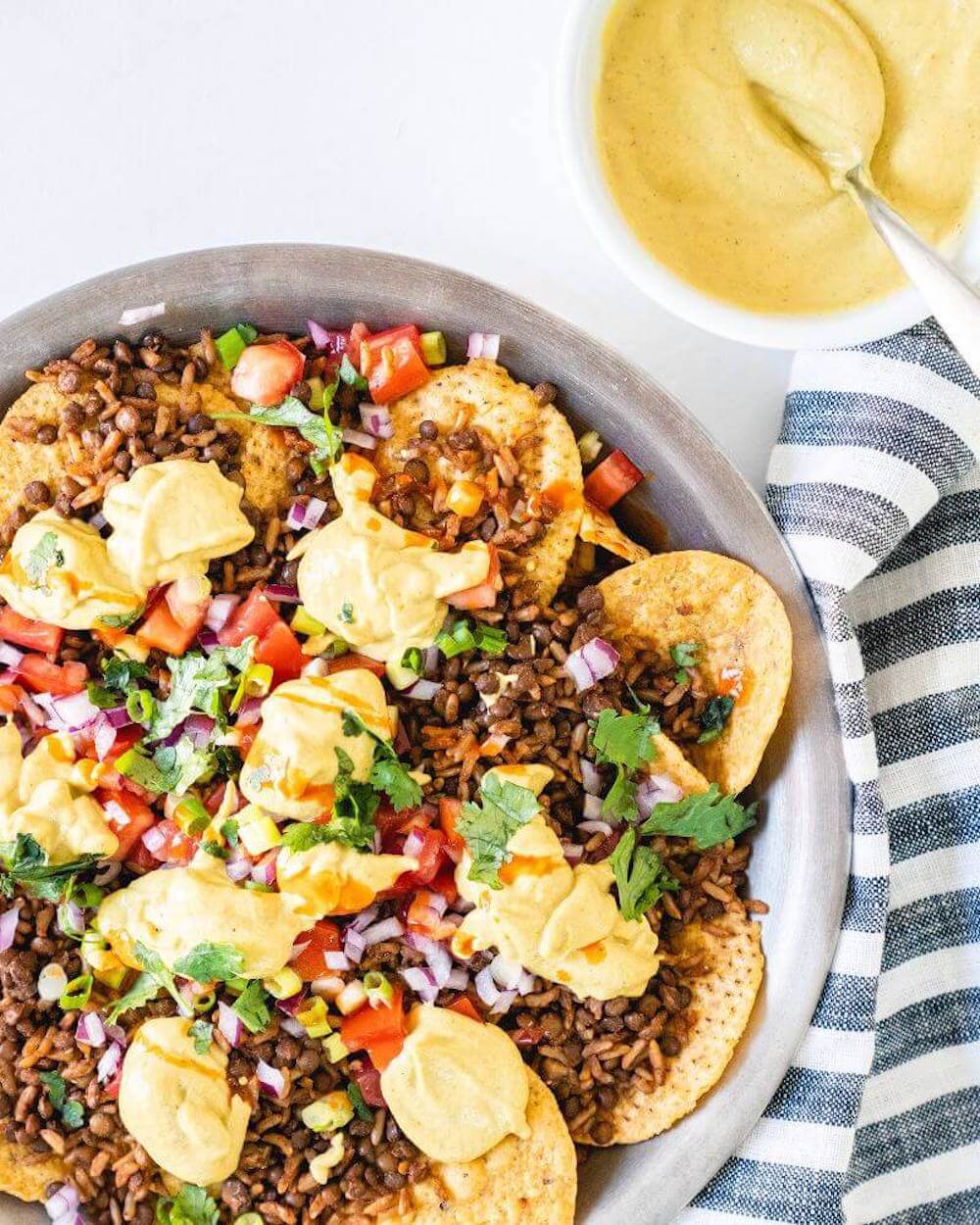 (via A Couple Cooks)

No one will know THESE nachos are loaded with kale, shiitakes, and even more veggies. The "meat," which is made from sautéed mushrooms and walnuts, really takes these tasty chips to the next level. 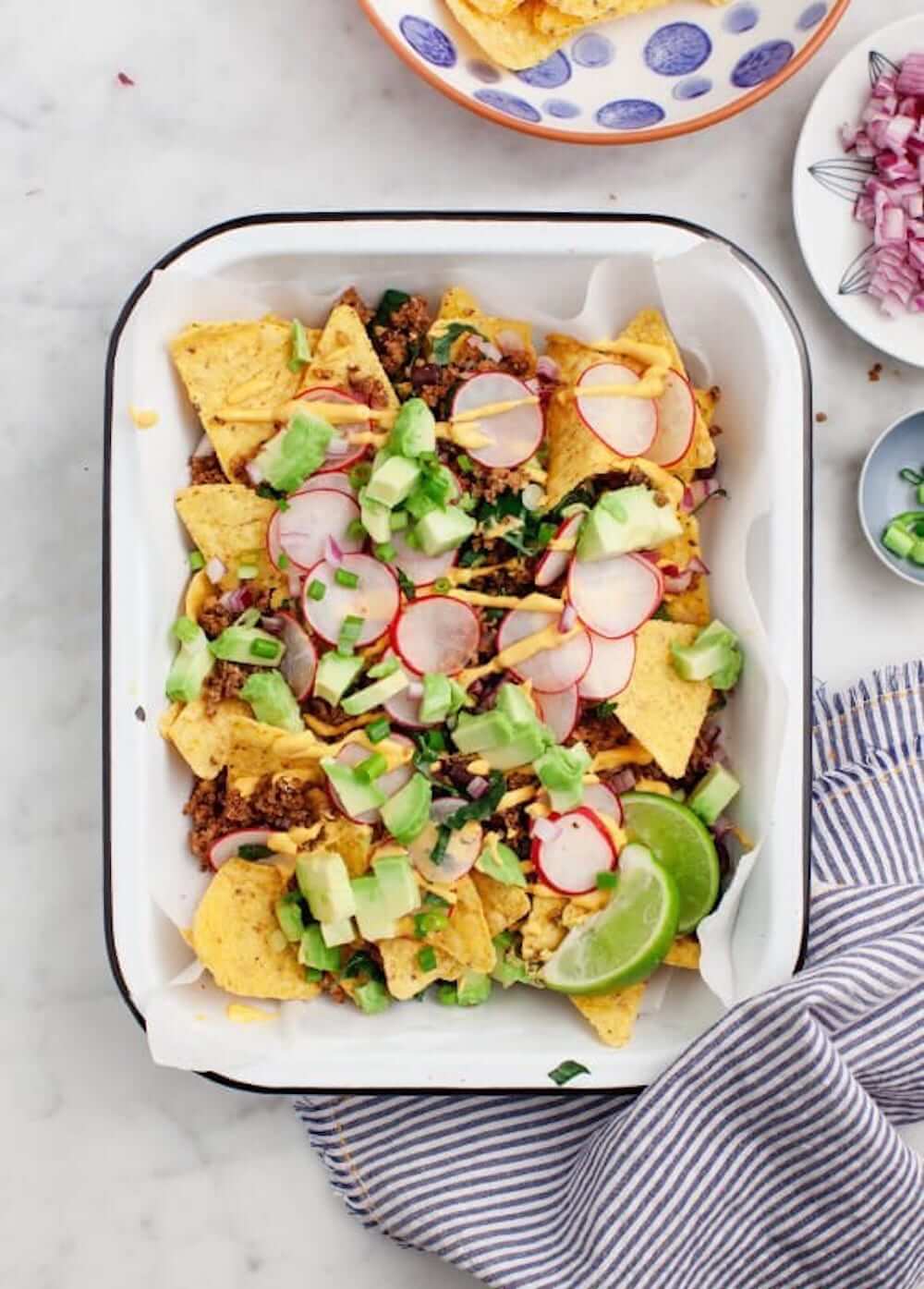 The ultimate vegan nachos, these are loaded with smoky cauliflower "cheese" sauce, sweet pineapple salsa, black beans, cilantro, and tomato. THIS recipe is bound to be a hit! 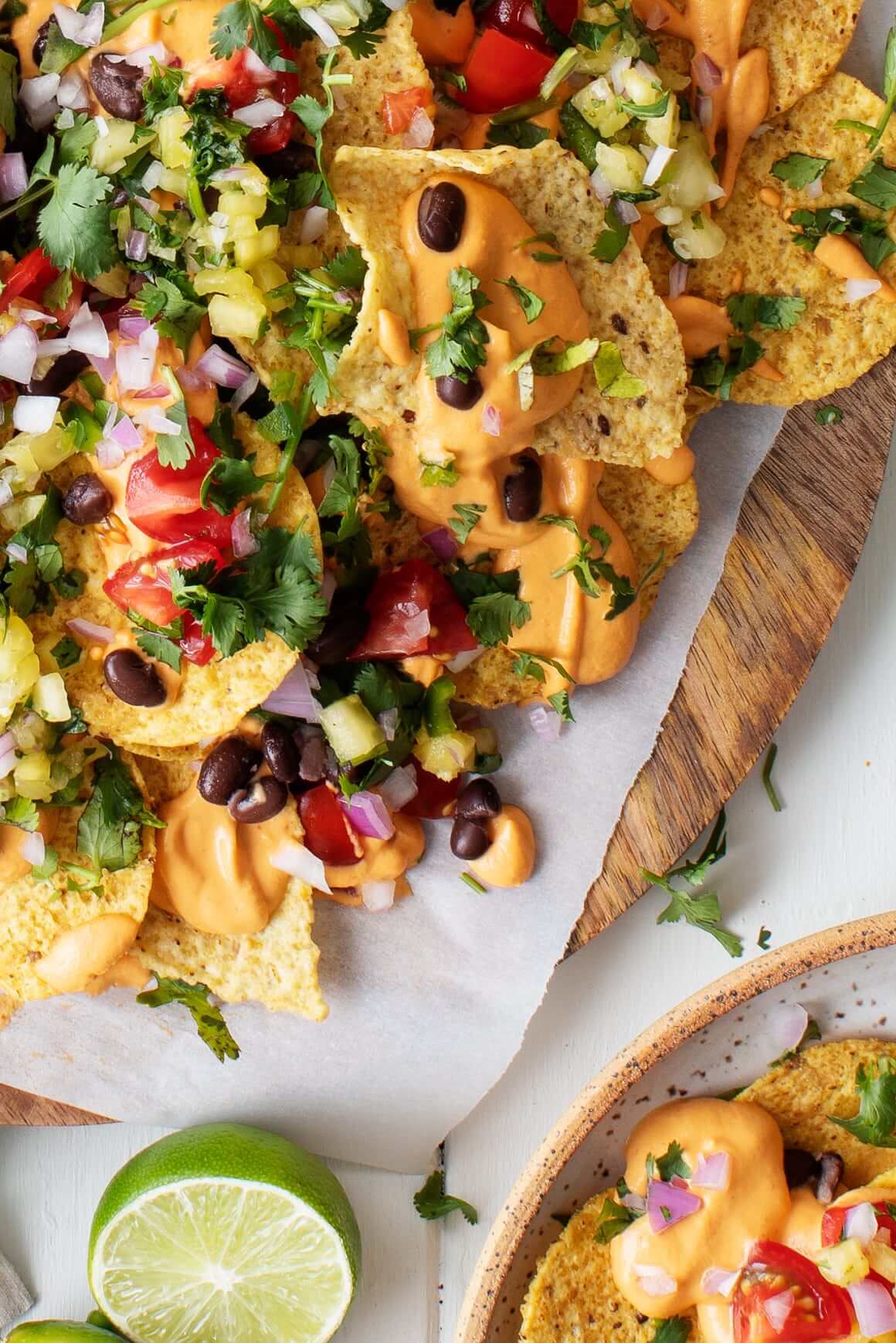 Jackfruit is very similar to tofu in that it tastes like whatever you flavor it with, and since THIS recipe uses barbecue sauce, these nachos have a sweet and tangy flavor. Drizzle some vegan cheese on top and you're good to go! 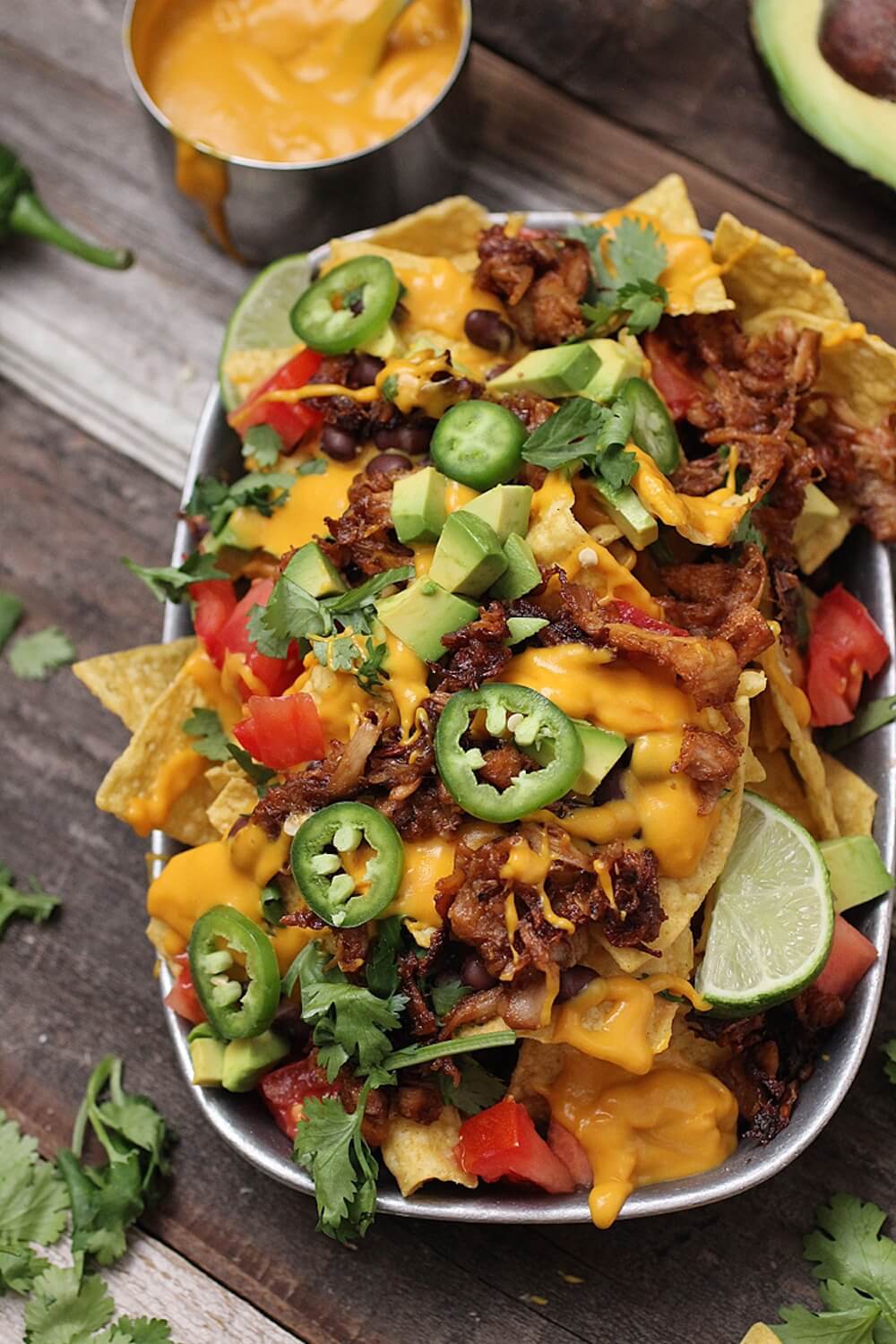 THIS recipe combines everything you love about nachos with that distinct spicy flavor of buffalo chicken. Basically, it's impossible not to like these. What's more? You can whip 'em up in less than an hour! 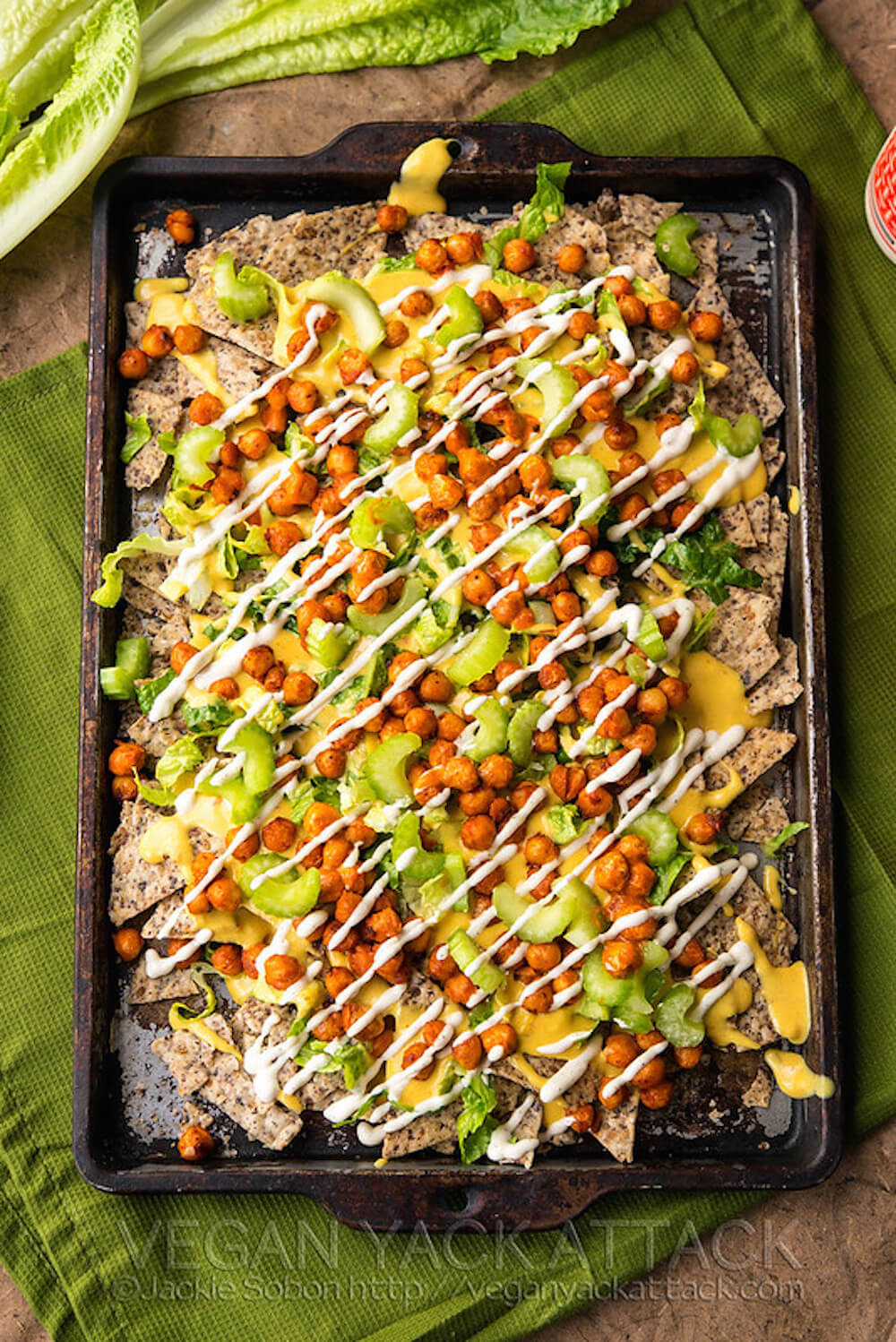