How I Survived a BFF Triangle

Being hugely into dance helped me develop two best friendships. 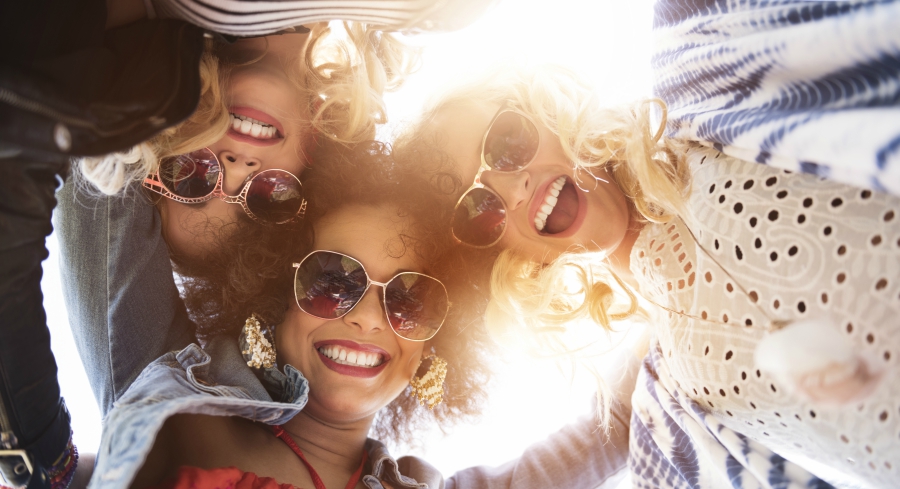 The two girls and I were in most of the same classes, moving through levels together. That's not to say we had the same amount of talent, though. Rachel* was the best dancer between us, and Lauren* was an amazing choreographer. I mostly danced as a hobby, but they were in it for life.

We each lived in different, but very close towns. We saw each other every day except Sunday (the only day we didn't have class), but got together outside of dance, too. Because Rachel had an awesome house with a built-in dance studio, we often bought cartloads of junk food and held sleepovers at her place. It was bliss, wrapped in chocolate chip cookie dough and Mary Kate and Ashley movies.

Our relationship was already unique because we met through a sport. We literally competed together as we were all members of the Company at our studio, meaning we would attend competitions for the chance of winning awards for our routines and talent.

Not only were we competing together, but we were also competing against each other. Even though no one would admit it, everyone wanted to be the best in the class. We would watch each other practice technique in across-the-floor routines and we would clap for each other after performing a few eight-counts in small groups. But secretly, we were watching for each other's mistakes before we made them ourselves. 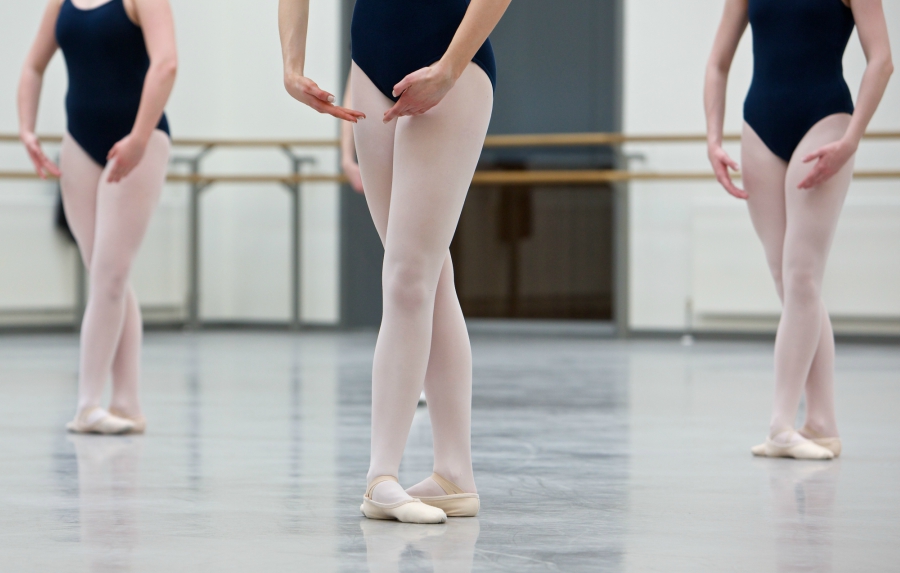 Across-the-floor, part of class in which we'd learn a short technique routine that traveled from one end of the room to the other, began to be an issue for our three-person friendship because we always went in pairs. Deciding who would go with who felt like a competition in itself–one of us was always left out. Sometimes it would throw me off for the rest of the class when Rachel and Lauren partnered up without me.

But instead of talking to my best friends about this jealousy, I kept it to myself. Our performance competition was quickly growing into a competition for attention.

We didn't alwayshang out in a group. Sometimes you just want some one-on-one time. Whenever I was included in these one-on-ones, I could justify it easily. "We don't always have to all hang out together," I would say if either Rachel or Lauren felt upset.

But when I was the one who didn't get an invite, I would let the grudge take over my whole body like a fleece onesie. I felt sad, mad, excluded and targeted. I felt like they must be hanging out without me because they want to gossip about how I'm not as good of a dancer as them, or I can't nail the turn routine in our Company dance or I don't learn choreography as fast. 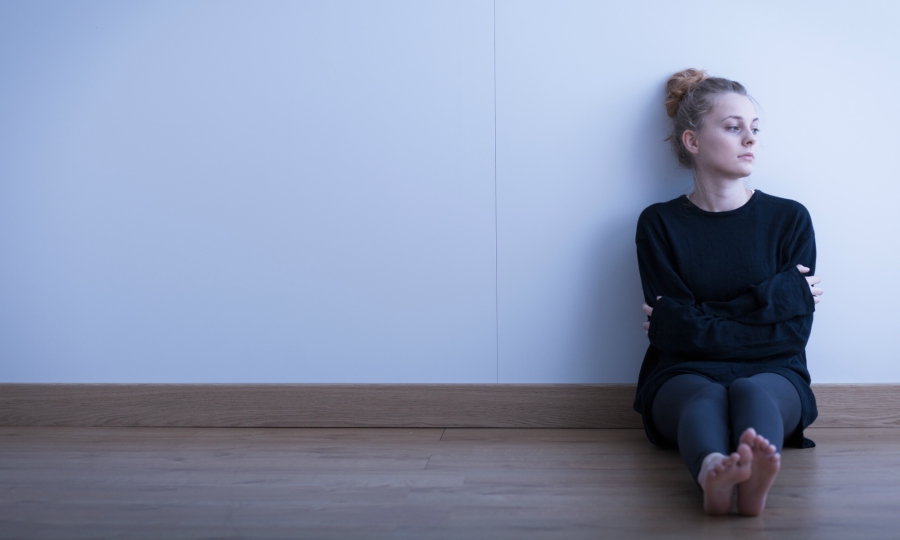 Even though I knew we didn't talk about these sort of things when I was part of the hangout, I couldn't shake the feeling that they were talking about me. Our circle of friends was turning into a BFF triangle with very pointy corners.

But then when I was invited to Rachel's house for a Disney movie marathon, all was well again. Or so it seemed.

Stranded at a Sleepover

All logic told me that we were three equal best friends. But then whispers from the Green Monster of Jealousy started to drift through my thoughts. I recalled how Rachel and I had been friends first. Lauren didn't become a best friend until a little while later.

During a sleepover at Rachel's house, all of my fears were actualized when Rachel and Lauren teamed up against me. They were supposed to be helping me choreograph a piece for a history project (believe me, I know how weird that sounds). At some point they decided they didn't want to help me anymore and snuck away together.

I couldn't believe it. A fight was beginning to break out inside of me and it was the very first time in my life I had felt that way. Sure, I'd been upset many times before, but this was my first time ever getting in a real-life, in-person squabble.

I could hear them laughing and whispering behind the dance studio door, but I pretended like I didn't know they were there and just kept choreographing.

Finally, we talked it through and I told them how I felt hurt and excluded and they told me they just wanted to have fun–after all it was a sleepover and all we were doing was working on my school project. We all apologized, despite a secret knot in my stomach that still felt hurt from the triangle, and our best friendship continued. 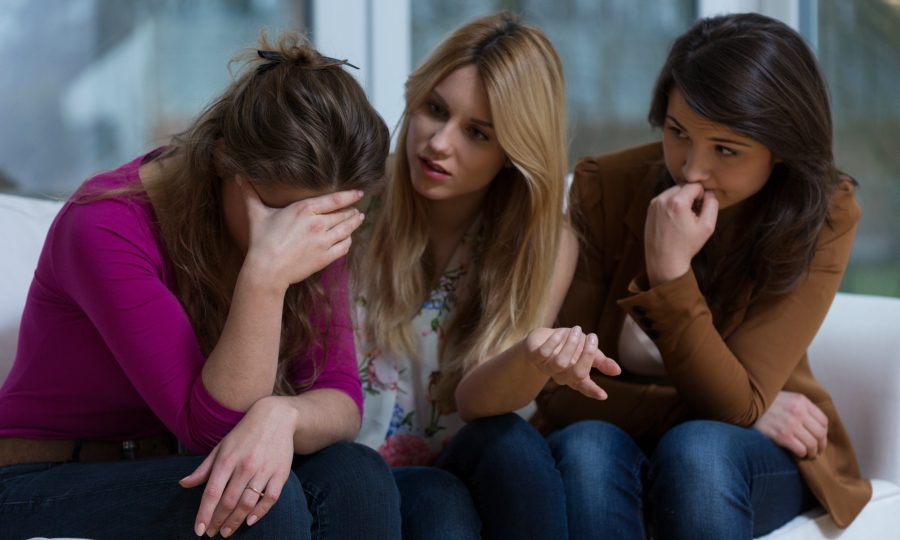 Although we never could get BFF necklaces because those always come in two halves.

Even though none of us lived in the same town, Rachel and Lauren went to school together. Because I didn't get to see them at school, I was forced to make other friends. Well, what really happened is I finally found someone in my own town who I liked as much as my dance friends. I found a new instant BFF.

The more I clicked with my new friend Bonnie*, the more I started to prefer this BFF necklace friendship over the complicated BFF triangle. Another weird thing happened: The closer I got with Bonnie, the less connected I felt to dance. Suddenly I wanted to spend my evenings studying at Bonnie's house rather than dancing.

All of these new weird feelings scared me. I felt obligated to dance because I had been doing it for so long. And if I didn't go to dance anymore, then when would I see Rachel and Lauren? Dance was our bond. Without it, we probably never would have become friends in the first place. It was our icebreaker and our glue.

Even though I was scared, I followed my heart and swapped ballet slippers for textbooks. Dance was the start of the BFF Triangle…and the end.

Where We Are Now

After I stopped dancing, I may have immaturely ghosted my ex-besties. I didn't talk to them about the way the triangle was making me feel and it led to a tearful ending to a mostly amazing friendship. My biggest regret about the situation is that I thought I had to have one or the other. But really, I could have kept all friendships and both hobbies.

Thanks to Facebook, I still get to see what the girls are up to and even chat every so often. They continued to dance while I kept my nose mostly in books.

While I may regret the way I left the friendship, I don't regret the experience. From the BFF triangle, I learned how to appreciate other people's feelings while also valuing my own. Most of all, I learned the importance of communication. I vowed to never let history repeat itself and was determined to keep my emotions from bottling up like a Coca Cola and Mentos explosion.

So, at the end of the day, I really have to thank the triangle for making me a better friend.

Losing a friend is never easy. See HERE how Shawna learned a valuable lesson when her BFF left her for a new group of friends.