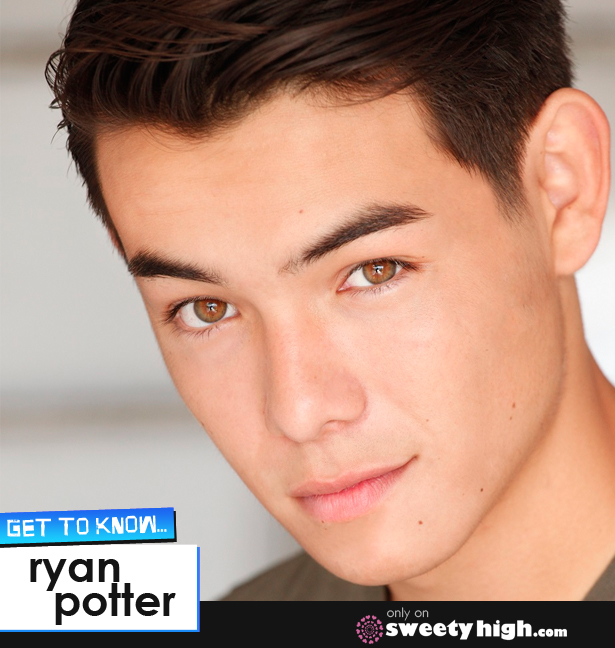 In a recent interview, Ryan spoke to us about the upcoming film and what makes it stand out from the rest!

Big Hero 6 is a Disney feature inspired by Marvel characters, but it isn't your typical story of heroes and bad guys.

Even if other superhero villains don't always fly or possess super strength, they usually do have some kind of superpower. The masked villain in Big Hero 6, Yokai, uses technology to do his evil bidding.

Luckily for the fictional city of San Fransokyo, the good guys also know how to use high tech gadgets to their advantage.

"Hiro and his friends are superheroes to a certain degree, but they're more or less your average teenagers, just incredibly smart," he said. "They're all really knowledgeable in a certain field of science, and Hiro builds the suits and these weapons for his friends that cater to their knowledge of science."

The team uses their intelligence and scientific skills to solve problems and fight evildoers.

"They don't have your traditional super powers," Ryan said. "They can't fly. They don't have laser beam eyes. They can, however,  jump really far, move incredibly fast and even have laser swords but only because of the suits that Hiro builds for them. They use their intellect to save the world, which really sets Big Hero 6 apart from the other superhero movies."

Although it's a superhero film, Big Hero 6 isn't all about the action.

"The story has everything," Ryan said. "It has so much heart and so much action. It'll make you laugh, and make you cry. But because you cry a little bit, you're going to smile and laugh that much harder."

Ryan also believes that most people will become fans of the movie because pretty much everyone is going to be able to see themselves in at least one of the main characters.

"They're going to be able to relate to these characters because of how diverse the cast is, not just ethnicity-wise, but also personality and character-wise," he said. "I feel like every person that watches the movie is gonna be able to connect to one of these characters in one way or another, which is just going to make the moviegoing experience that much better."

Ryan urged fans to check out Big Hero 6 when it appears in theaters on November 7, and to visit Disneyland soon for an amazing Big Hero 6  experience!

"Disneyland Parks will also be incorporating some Big Hero 6 things into their parks soon, so go ahead and go to Disneyland to check that out!" he said.

Stay tuned for even more from Ryan Potter on Big Hero 6 and more! Comment below if you can't wait to check out the movie, and be sure to join our community at Sweety High! You can also follow Ryan on Twitter and Facebook!