The Biggest TikTok Dance Trends of 2022

There's a genre for pretty much everything on TikTok, but the platform is definitely renowned for its dancing videos.

Dancing took over the app shortly after its kickoff, leaving users with all sorts of TikTok dance trends to try out for themselves. From goofy moves that anyone could learn to more intense routines best for real dancers, there's a little something for everyone. Feel like making your own dancing video? Here are a few TikTok dances that have been trending so far this year. 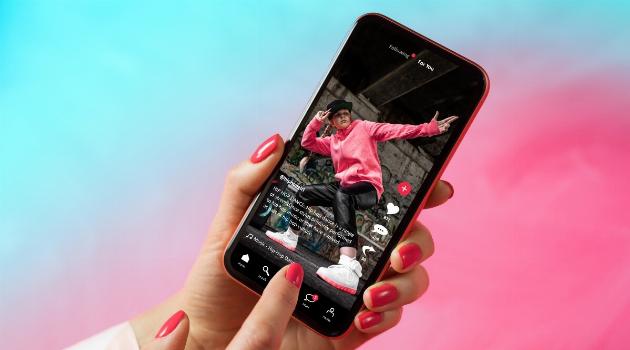 This became a very popular dance ensemble over the course of the past four months. The original creator of the dance is featured in the video below, featuring a slow song that can be easier to learn from than most quick dance videos. Zach Lugo and Jean Victor create numerous dancing videos together, so if you don't want to stop with just one dance, scroll through either of their TikToks for inspiration.

We love seeing celebs from different fame get together to film TikToks, especially when Lizzo's involved. During the Super Bowl this year, Noah Beck and Lizzo took a break from watching the game to dance it out.

Also read about: The Biggest TikTok Trends of March 2022

If you're a Harry Styles stan, you probably have "As it Was" playing on repeat as we speak. And, of course, TikTok can't get enough of it either. If you watch the video down below, you'll notice that it's one of those universal dances that can go to just about any song. So, if you know the moves, why not dance to Harry Styles?

@maddybyrne13This song and this dance🤩🤩♬ best bridge to exist – jaz 💟

Britney Spears's music is constantly making comebacks. The sound used below has 2.7 million videos as more and more people join the hype behind dancing TikToks. This is just one of many Britney songs taking over TikTok.

5. 'Wanna Be Startin' Something' by Michael Jackson

Michael Jackson's "Wanna Be Startin' Something" is back and better than ever. TikTokers are using this song's "ma-ma-se, ma-ma-sa, ma-ma-ko-ssa" mumbles to hit dance moves to each beat. Although we love our classic TikTokers Noah and Charli, we need to give @Fred dance credits for this one!

Also read about: Spotify Playlist Covers for All Your Musical Needs

6. 'Cool for the Summer' by Demi Lovato

Let's not forget about Demi Lovato's song that's taking over this viral video platform. There are 3 million videos that are using their song, and one of the biggest dances right now is giving Demi the limelight, seen below!

@xoteamXo Team in Los Angeles 🤍♬ Cool For The Summer – Bre, a hibryda

If you aren't the best at dancing, but still enjoy it, this might be the dance for you. With simple hip work and hand coordination, you'll get this down easy. With many videos using this song, make sure to scroll to find the best dancing video to learn from.

Do you like TikTok's Nick Bencivengo? Click HERE for everything you need to know about the dancer, actor and TikTok sensation.