Billlie Returns to Discuss the Billage of perception: chapter two

In only a short time, Billlie has become one of the more popular groups in the new generation of K-pop.

With the success of their debut track "RING X RING" and their previous comeback "GingaMingaYo (the strange world)," they've taken fans all over the world by storm. We were very excited to catch up with Billlie after our our previous interview with the gals in March to discuss their new project and the importance of their new concept and storyline.

Sweety High: What inspired you to try a more rock concept for this comeback title track?

MOONSUA: We wanted to represent Billlie's carefree style through rock music and emphasize the freedom we could show, and we felt that the hard rock genre could represent that the most. Ever since our debut, we always try to display new genres of music every time and show a broader musical spectrum.

SUHYEON: As a group, we want to show a new style and a different concept of music every single time that we release a new song. Throughout this process, we wanted to show that any kind of music or concept could be Billlie's style. Many of our fans look forward to these changes every time, so we want to fulfill their requests as well. 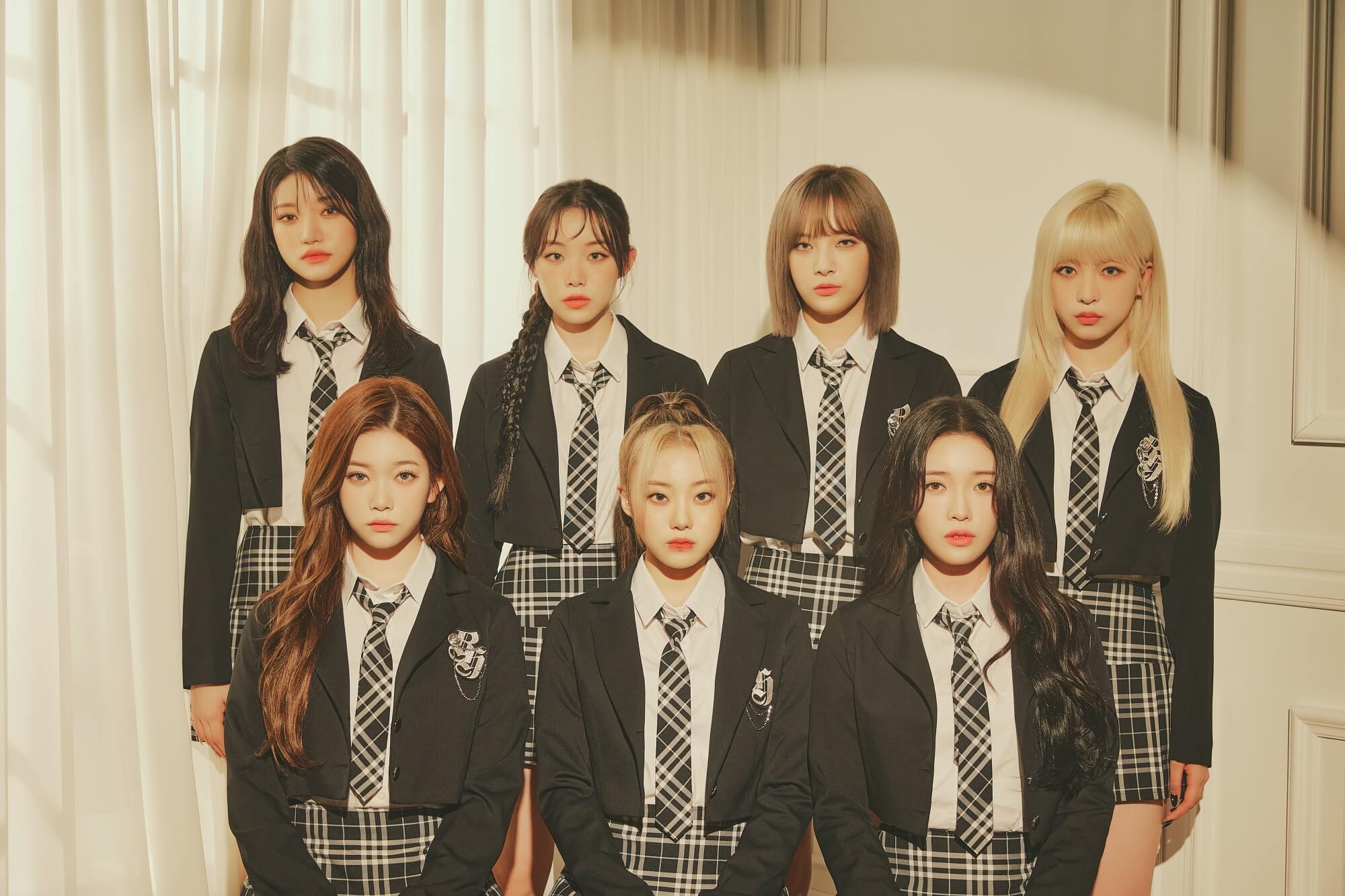 SH: How do you come up with your unique song titles?

TSUKI: The reason that our song titles are so unique is that they are precisely linked to the musical direction that we want to go into as well as the storyline that we want to follow as a group. It's only a partial meaning that we try to represent in our storyline and we also try to link them with our past songs and our past albums. We try to compress a lot of meaning into the titles rather than being straightforward.

SIYOON: For example, our title track "RING ma Bell (what a wonderful world)" is linked with "RING X RING," which is in our debut album. The subtitle "what a wonderful world" is representative of the emotion you look to in a new world. It also kind of reminds you of "GingaMinGayo" in which the subtitle is "what a strange world." Seeing those connections and finding those clues is one of the keys to interpreting our storyline. It's a fun aspect that I think everyone should look forward to!

SH: What point in Billlie's story does chapter two represent?

SIYOON: The storylines links to our last album. We added hard rock, synth-pop, R&B and a lot of different genres. We tried hard to make that into our style. So we hope that you enjoy our new songs. It can be considered a stepping stone to our next album.

Also read about: SURAN Discusses New Single 'Devils in the City' and Her Love for Her 'Swans'

SH: We do love the songs! Our favorite from the new album is "$un palace (Stroop effect)."

HARAM: "$un palace (Stroop effect) is actually related to "moon palace ~ the invitation" from our last album. Also, "Mcguffins ~who's the Joker~" is related to "the rumor," which was a track in our debut album. If you focus on the lyrics and pay attention to them, you will be able to interpret our story in more detail. So, it could be a fun project for you guys to do!

SH: What do each of you contribute to Billlie's unique color?

SHEON: Our storyline that we represent as a group is very broad and complicated in some parts. We focus on not only the music but also the objects and our acting and detailed aspects when we represent our music and contents. In order to do this, we plan thoroughly with our staff and our members and that leads to answering what color Billlie represents and how unique that will be shown to the public. That's a concept that we always think about and try to solve as a group.

HARUNA: Because we applied hard rock, modern rock, R&B pop and different kinds of genres, we tried to represent every genre while applying the least amount of color there. In order for us to do that, we studied a lot by listening to a lot of different kinds of music in that genre. We tried singing along with that genre while we were preparing for our album.

TSUKI: We prepare not only the music aspect but also actually prepared a lot for our performance as well. We tried to emphasize the characteristics of the song and applied a much more powerful choreography. We even added headbanging, which is a symbol for rock music. It's nothing that we have shown before and we hoped that people would look into that part and like the new changes that we have.

SH: How do you feel like this comeback shows your further growth as artists and as a team?

MOONSUA: Throughout this album, we start to show that our storyline is fully expanding. With our performance and musical aspects, we tried a new concept. So as artists, we grew skill-wise as well. Since it's only the start of our new promotion, we have a lot more to show you guys, so stay tuned! 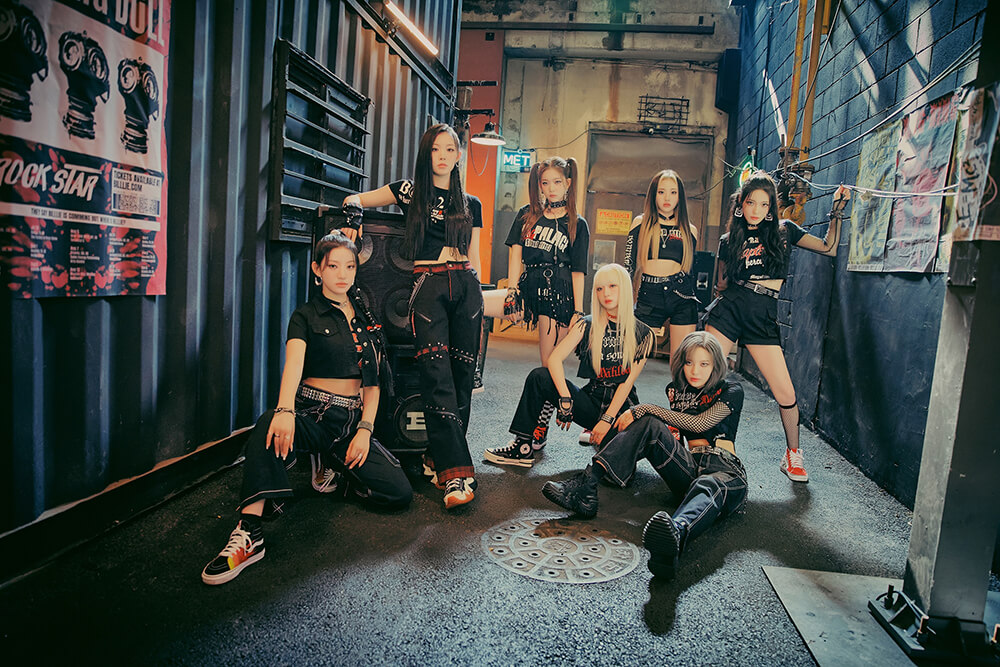 SH: What do you do to feel calm when you are nervous or have stage fright?

SUHYEON: We don't think that any of our members have stage fright because we all enjoy being up on stage. Before we go up on stage we gather as a team and we cheer and get ready physically and mentally as well. After we get off stage, we feel the full support that each of the members give, so we're always ready.

SH: What is your favorite thing about interacting with your fans, Belllie've?

SHEON: We love to do absolutely anything with our fans but if we were to pick one thing specifically, it would be being on stage. We were able to open our first offline showcase in front of our fans this time and we were able to hear them in real life and make eye contact while performing. This made us very proud and energized. During our showcase, our fans surprised us with a slogan event during our last song and we were very touched and thankful.

SH: Has becoming idols met your expectations as trainees when you were younger?

MOONSUA: Rather than being excited to be idols, we've always been excited to get on stage and show our music to the public. Now that we have debuted and we are on stage, that made us desire more and more to try new music and go up to a larger stage. Maybe, even participating in end-of-the-year shows or opening Billlie's own concert. We've always wanted to meet our fans throughout all types of performances and we can't wait for that to happen soon.

For more from our favorite K-pop artists, click HERE to read our interview with SEVENTEEN on their album Face the Sun.