Lately, I've been trying to open myself up to new and unusual (and sometimes metaphysical) experiences.

Two weeks ago, that led me to the House of Intuition in Echo Park, California for a Bio-Energetic Synchronization Technique healing—also known as B.E.S.T. The practice seeks to tap into any unresolved emotional damage hiding in the unconscious mind in order to heal physical symptoms, and from the second I learned about it, I was eager to learn more.

The folks at House of Intuition were kind enough to treat me to the service, but even after a bit of research, I didn't know exactly what I was in for. When I asked them if I needed to bring anything in preparation, they simply told me to wear comfortable athletic or walking shoes. That piqued my curiosity even further, and I couldn't wait to see what might be in store for me.

My session at the House of Intuition was with Oliver Oliveros, a certified B.E.S.T. healer who's been utilizing the practice for more than a decade. Before we actually started the process, he walked me through the meaning behind it all. His goal was to explore my subconscious and to discover any issues there in order to heal any emotional or physical ailments I might be experiencing. He asked me if I had any issues I wanted to go over. I've been occasionally getting bad migraines for nearly a decade now, and I've had a tough time getting a good night's sleep since I was in elementary school, so I decided to focus on those. 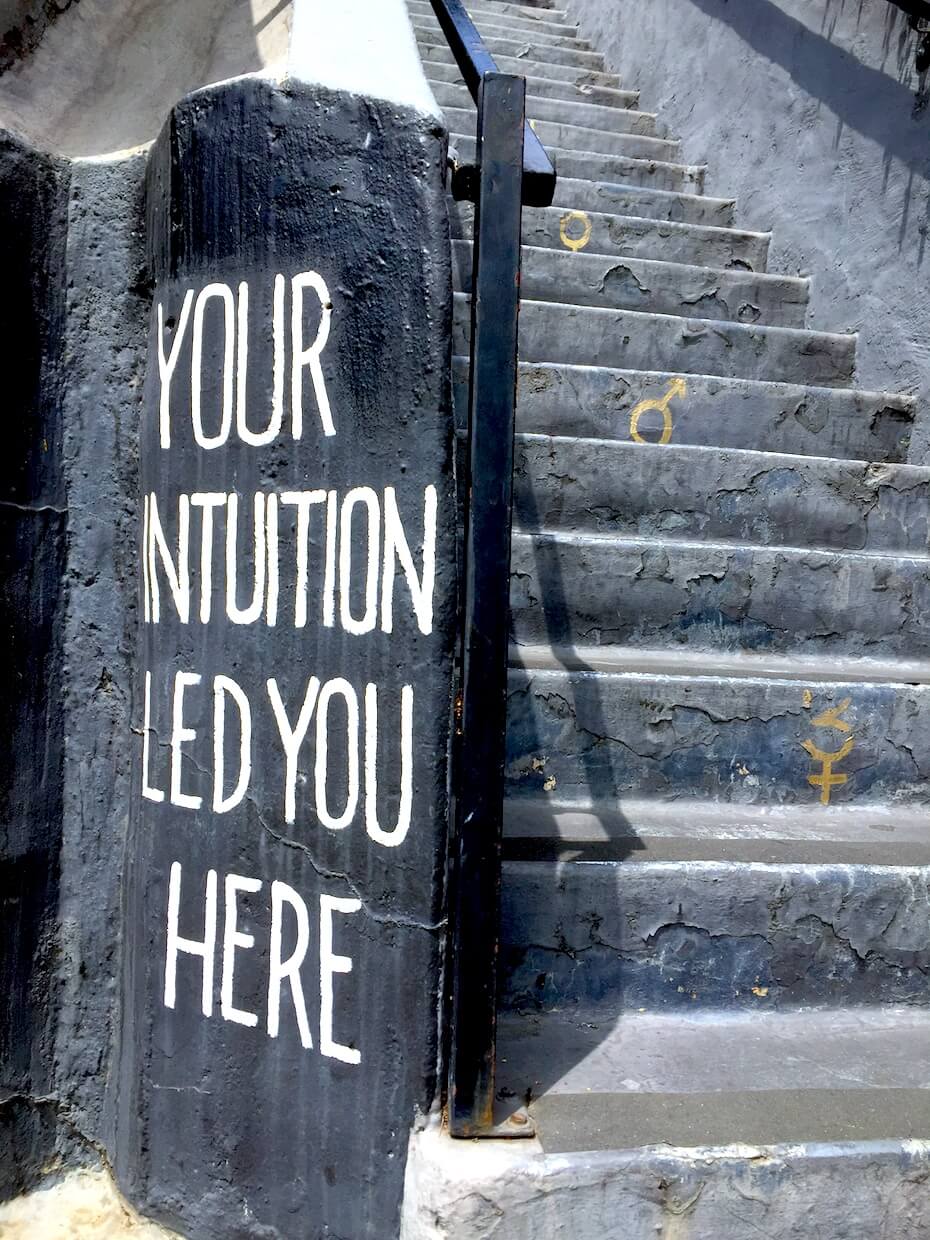 During the process, Oliver had me rest face-up on something resembling a massage bed, with just my feet (enclosed in my Nike tennis shoes) and ankles dangling off the end of it. I had almost expected meditative music and incense burning, but the experience was simple and more straightforward.

I was fascinated by the techniques used to analyze my subconscious. One was a simple muscle test, in which I would have my raise my arm above me, straightening at the elbow. Oliver told me that when the eyes are open, you're applying the conscious, but when they're closed, you tap into the subconscious. He told me to close my eyes, and when Oliver asked me to hold, I would hold up against a pressure he applied to my arm. When he had me think about a truthful or positive statement or scenario, my arm would hold strong in place, but every time he had me think about something untrue or negative, or about pain or discomfort, my arm would wobble and be weak when he told me to hold, regardless of the pressure I applied. This was especially true when we discussed the headaches I get, as well as my frequent sleeplessness.

Another test involved Oliver gently lifting my heels and rotating my feet in my shoes, apparently to test for movement. While I wasn't able to see exactly what he was measuring here, and it seemed to differ from the arm strength test, he seemed to discern a lot this practice. After this step, Oliver would usually move away to jot down some notes before coming back to me with a new insight. To figure out my baseline, he would have me imagine a neutral and clear blue sky before having me think about other phrases and images.

First, he set out to address my migraines, and had me imagine them as he did his tests. After moving off to right down some notes, he came back and asked me to mentally repeat the mantra, "I am compassionate and curious when others criticize me." Immediately, this didn't ring true to me, as I often have a tough time dealing with criticism. I repeated the phrase in my mind, and my arms were particularly weak when Oliver did the strength test.

I don't know precisely how he came to this conclusion, but Oliver had deduced that I had something unconscious going on at the cellular level that I had inherited from the ancestry on my dad's side of the family, and that was the root of my migraines.

In order to combat it, he taught me a meditation that involves standing in a special tai chi stance while repeating the mantra he taught me earlier. This statement of self-esteem and self-worth, he said, would help me get through this paternal ancestry issue. After I practiced this meditation, he tested my arm strength again as I thought about my migraines, and it had improved drastically.

Next, it was time to explore my sleep problem. He had me close my eyes and think about my sleeplessness. Again, my arm was weak during the muscle test. After he tested my feet again, he came back and asked me to mentally recite the mantra, "It's okay to express my truth in my relationships." He saw some weakening there as well.

Based on that information, Oliver told me that my sleeplessness is a result of something unresolved in my subconscious related to my related with my father. To work against this issue, he first had me close my eyes and look toward the top of my head while he gently touched different points on my head. Then he taught me a second meditation. While lying down, I alternatively raised each knee, tapping it with the opposite hand, while I thought about the positive feeling of serenity while also closing my eyes and looking up toward the top of my head. Again, he repeated the strength test. When I thought about my bad sleep this time around, my arm held strong. 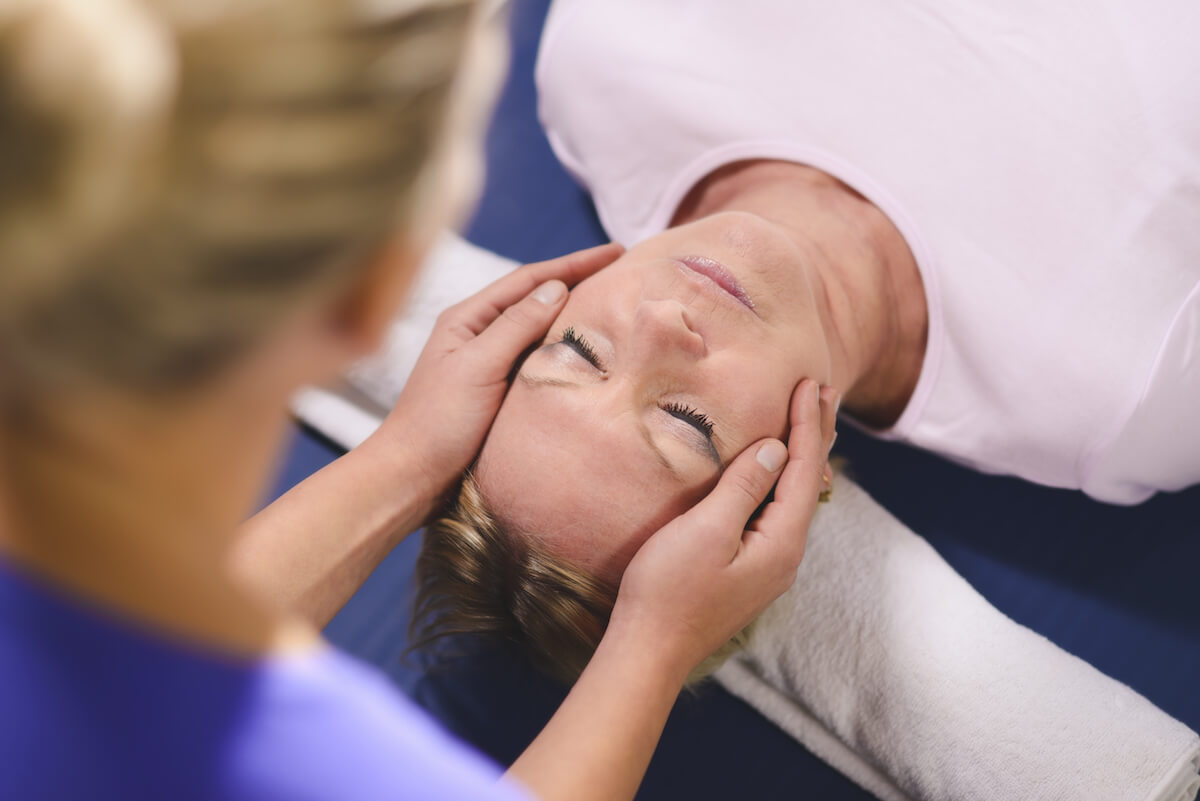 Once he was done, Oliver and I chatted about the experience. He told me that he became invested in B.E.S.T. after it helped him through some serious health issues, and that he has a huge appreciation for the way it allows us to tap into the unconscious.

He explained that the subconscious never reveals anything negative about the client. Instead, it only tells him what can help them get better.

"It's so compassionate and so indescribably kind, and filled with so much grace," he said. "Not too many really explore it. When people can make it more conscious, it can only help them. Life can be filled with so many challenges and so much suffering, but tools like B.E.S.T. can make the process of life a lot easier."

But what about those of us who don't always have access to B.E.S.T. healing? Oliver told me that there are other ways to tap into the subconscious as well.

"Different types of meditation can expand your intuition as well," he said. "Even if you're not so much into the metaphysical or spiritual stuff, you can really pay attention to your emotions. We live in a culture where we put our analytical thoughts before the body, but it should be the reverse. We should be listening to the body. You do that by paying attention to what you feel. That's the most efficient way to tune in to the unconscious part of the psyche." 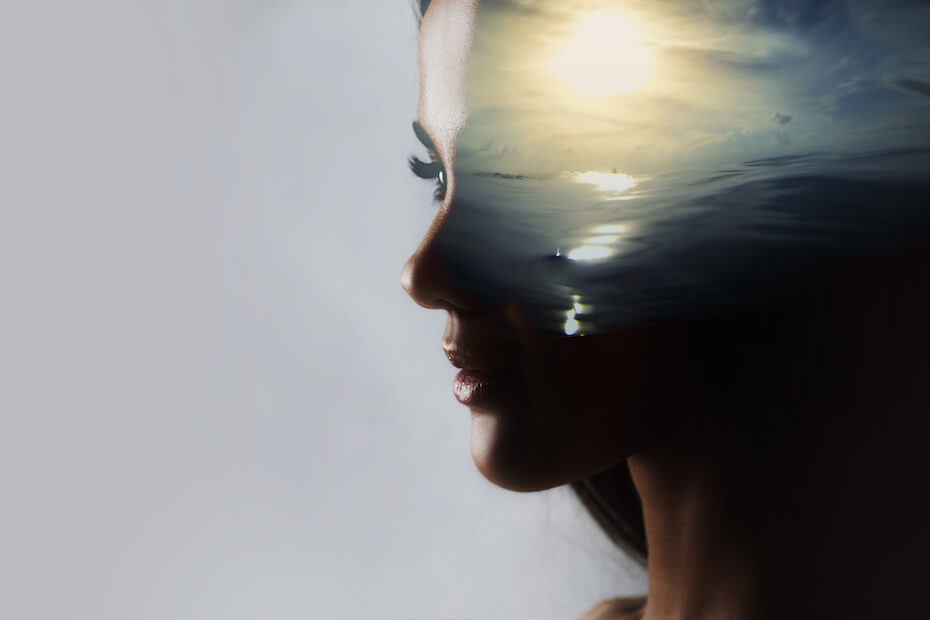 I made sure to do my sleep meditation before bed that night. The morning after my B.E.S.T. healing, I woke up on my own feeling better than I had in months. Had Oliver's work and my meditation really managed to work on me that quickly?

I picked up the phone to check the time, only to discover that I'd somehow slept in more than an hour past the time my alarm was supposed to go off. Whether I managed to sleep through it or it never actually sounded off, I'll never know, but I still somehow got into work in time. I didn't know if it was B.E.S.T. working wonders or just a weird coincidence, but I felt great.

As I got into the habit of doing my meditation in the morning and at night, I realized that it was just one of a number of things I was doing to help reinforce better sleep patterns and relax me down before bed. I realize that this slightly skews my ability to judge how well the B.E.S.T. worked, and I brought up my sleeplessness in the session because it was already top of mind, but it also synced up nicely with what I'd been doing.

Just a few days before I started making sure to put away my phone and other screens a couple of hours before bedtime, instead of reading or writing before I went to sleep. I'd also been avoiding actually getting into bed until I felt sleepy, using aromatherapy to soothe my body and mind, and making detailed notes about my sleep patterns and dreams in the morning.

Eventually, I got into such a groove with my sleeping that I was sometimes forgetting to do the meditation, especially at night. I wasn't having any problems. And then I got sick over the weekend, and it threw everything for a loop. I spent most of the day in bed and slept multiple times, and doing the meditation was the last thing on my mind. Since then, I haven't kept to my good sleep habits. Then, last night, I was extremely restless, getting only a handful of hours of sleep, and even once I remembered about the meditation, it did little to calm my racing mind. I probably messed up the entire process, but it was great while it lasted.

Today is the final day I'll be doing my two weeks of my sleep meditation. B.E.S.T. may seem a little bit out of the box, but my experience shows that it works when you stick with it. And while I haven't suffered from any migraines in the last two weeks, as I move into that meditation, I suppose I'll have to keep an open mind and see what happens.

B.E.S.T. isn't the only kind of healing out there. Click HERE to find out what happened when I visited a Reiki healer who makes chakra potions.