Black Panther's Shuri Is Getting Her Own Comic Books, and the Series Sounds Perfect

T'Challa isn't the only hero in Wakanda, and soon he won't be the only one with a comic book series.

A Black Panther spinoff comic book series centering on Shuri is on the way, Bustle reports. Artist Leonardo Romero and award-winning author Nnedi Okorafor have been working hard on it, and it sounds like they've come up with the perfect journey for the brilliant, not to mention hilarious, princess. 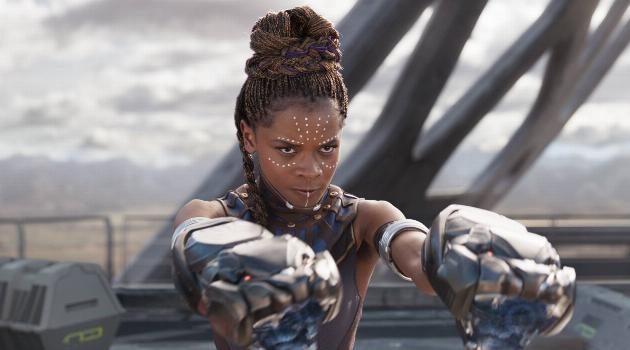 The first Shuri comic book is coming in October, and it'll stir things up in Wakanda. Prepare yourself now, because there will be some aspects you probably won't be too happy about, not least of which is T'Challa going missing. His absence will force his sister to take a bigger role in the kingdom, though, and we're curious to see what happens if she becomes the reluctant ruler.

Shuri is happiest in a lab, surrounded by gadgets of her own creation. She'd rather be testing gauntlets than throwing them. But a nation without a leader is a vulnerable one — and Shuri may have to choose between Wakanda's welfare and her own.

Shuri's journey is bound to be exciting, and it helps, of course, that she's arguably Marvel's best character. Letitia Wright portrayed the Wakandan princess in Black Panther, and she was a scene-stealer with her sarcastic quips and incredible inventions. Not surprisingly, Okorafour loves the character as much as fans do, so we're excited to see what she does with her in the new series.

Shuri arrives in October, and we're already counting down the days.

If you adore Wakanda's princess, too, click HERE to see this awesome DIY Shuri doll.