Black Panther is one of Marvel's best movies to date. Fight us.

The characters, the costumes, the special effects and Michael B. Jordan's abs all play a huge part in making the film as fantastic as it is.

But hands down the best part of the entire blockbuster is the witty and intelligent Shuri, played by Letitia Wright. She's everything we want to be in life and then some. 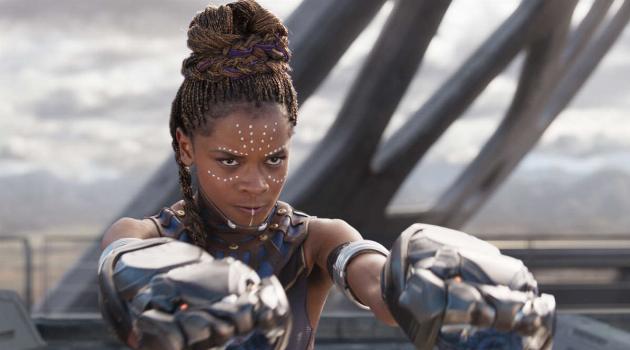 We're not the only ones who think that, as this technologically advanced princess has garnered quite the fan base since the film's release.

Two admirers even went so far as to create a doll inspired by Shuri.

Instagram users @myfroggystuff transformed a Princess Tiana doll into the princess of Wakanda and shared the tutorial so others could do the same.

Prepare to be mesmerized as you watch the process below.

Seeing as we're not as crafty as this duo, making our own Princess Shuri doll isn't exactly something we could pull off. But we're hoping Disney comes through and starts selling one.

She's the princess the world deserves, so obviously she must be immortalized in doll form.

While you're at it, Disney, do you think you could also create an Okoye and Nakia doll? Black Panther really wouldn't be anything without these kick-butt ladies by his side. So let's make it happen.

Shuri may be your fave character, but is she the one you're most similar to? Take THIS quiz to discover which powerful Black Panther female you're most like.