With more than a million followers on YouTube, it's clear that Dutch musical artist and content creator Simon de Wit (better known by the moniker Blanks) is well-loved by many.

After getting his start on the platform making vlogs and performing stunning covers of popular tracks, he eventually started crafting songs of this own in 2019, and he looked back since. His original tracks are our absolute favorites, showcasing his artistic capabilities, and his latest song, "What You Do to Me" might just be his best yet.

Love Blanks as much as we do? Here's everything you wanted to know about him in his own words. 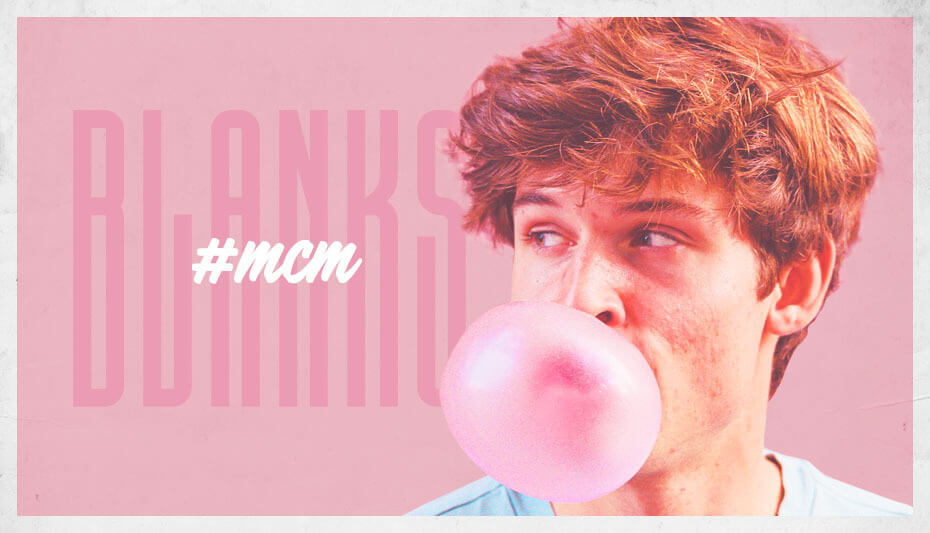 "I would love to experience that age—no phones, vintage arcades and the amazing music!"

2. The weirdest rumor he ever heard about himself was that he dated Dua Lipa for a while.

3. The last show he binge-watched was The Vampire Diaries.

4. He says the scariest thing he ever did was his first performance under the name Blanks.

5. If he could travel anywhere in the world for a week, he'd love to visit Portugal.

"I'm not gonna share the exact location, but there is a beach there I visited a few times in 2019, and I fell in love with the country. The sea calms me down, the nature clears my mind and the peace and quiet helps me recharge."

6. He has read all seven books of the Harry Potter series more than 50 times.

"And that's a safe guess… You can open up a page, read a line, and I'll know the following line!"

7. Blanks says he's on the brink of starting a synth collection.

8. Both his girlfriend and Chandler from Friends never fail to make him laugh.

9. The last celebs he got starstruck over were the Chainsmokers.

"I one walked by the Chainsmokers before a meeting, and I was too scared to say hi. Guess you can call that starstruck!"

10. There's definitely more to Blanks than what you can see on the surface.

"I come across as this happy, energetic and enthusiastic guy (which is 100% me!) and I can imagine sometimes that makes it seem like everything is going easy and that things work out in my advantage all the time. However, behind the scenes, I'm kind of a workaholic. I believe that if you want something and you believe in it, you can get it or achieve it. This 'keep-pushing' character trait is not as prominent as the happy one, but I'd love to share it. I think it can inspire people to go chase their dreams!"

Love discovering more about your favorite artists? Click HERE to learn everything you wanted to know about musician and producer Shawn Wasabi.