Bonnie Arnold Talks Producing & How To Train Your Dragon 2! 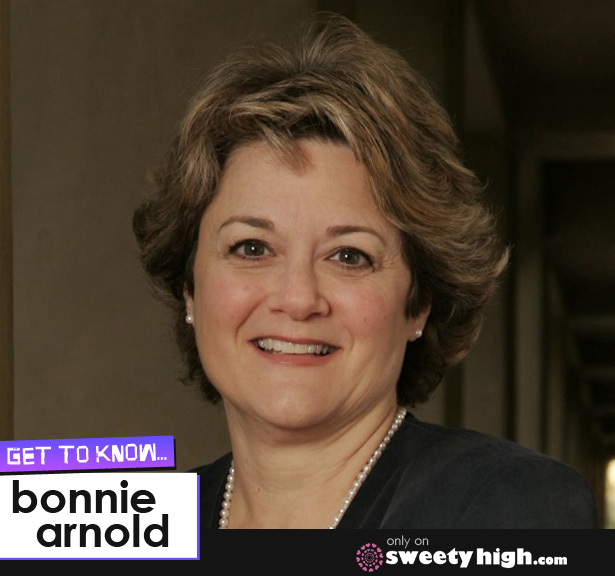 Arnold began her production career working on live-action movies including Dances With Wolves and The Addams Family, falling into producing for animation in the early 90s.

"The opportunity sort of arose," she said. "In terms of the projects that I do and the projects I take, it's about a good story and the people that I'm going to be working with."

She met with director, writer and producer John Lasseter just as he was considering creating Toy Story.

"They had a script and an idea," Arnold said. "I saw this test that they had done and it looked challenging and interesting. I felt like I had something to offer with my knowledge of film production."

While live-action and animated film-making are very different processes, Arnold's involvement in both is mostly the same.

"To be honest, a lot of the day to day functions are very similar," she said. "It's about managing artists. It's about communication. It's about making the right creative choices, helping the directors make the right decisions in terms of the story they're trying to tell."

Arnold got involved with the How To Train Your Dragon series after the book was optioned by DreamWorks. She had read the book while working on another project, and told DreamWorks CEO Jeffrey Katzenberg that would love to produce the movie version.

"I said 'I know you're going to try to start on it right away, but I'm not going to be available for about four to six months,' and he said 'Well that's fine. We'll wait for you,'" Arnold explained. "It just goes to show you should never be afraid to put out there what you are interested in doing, because you just might get it."

The first How To Train Your Dragon movie, which released in 2010, was a huge success, both with critics and at the box office. When it came time to make the second movie, the pressure was on.

"We knew we had a great fan base and we didn't want to disappoint them," Arnold said. "But I think you really have to be more concerned about not disappointing yourself."

Arnold said that, first and foremost, the team's goal was to create a film that they would want to see.

"You have to try not to let expectations slow you down," she said. "You just try to make as good a movie and a story as you possibly can and hope the fan base will respond to it."

To ease the transition to a second film along, the How To Train Your Dragon 2 crew dropped little hints along the way.

"We released some images of the more grown up Hiccup and Astrid," she said. "We could tell from the online response that the fans were really liking the things that we were doing."

How To Train Your Dragon 2 garnered even more critical acclaim, and made more money, than the first film. One of the secrets of the success of both films is the inclusion of the extremely lovable dragon, Toothless.

"The great thing about Toothless is he's everybody's pet," she explained. "Some people say 'Oh, he reminds me of my pot-bellied pig or my dog or my horse or my cat.' He has qualities that I think everybody thinks their own pet has. He's got heart and he shares something special with Hiccup."

The filmmakers aim to recreate that success yet again. How To Train Your Dragon 3, is set to release in 2017. Arnold couldn't reveal much about the upcoming film because writer Dean DeBlois hasn't written it yet!

"The idea is that it'll be the third story in this trilogy of the coming of age of Hiccup and Toothless," she said. "Knowing Dean, he'll present something that's going to be a challenge to their friendship and their relationship, and they'll have to figure out how to get past it."

How To Train Your Dragon 3 was released digitally on October 21 and will be available on DVD and Blu-ray starting November 11.

Arnold urged fans, new and old, to take up the opportunity to see the film again.

"The movie is amazing," she said. "I've watched it multiple times and it's still as good as the first time I saw it, if not better."

The movie also comes packed with extras that will delight fans of the series. A commentary featuring Arnold and writer-director Dean DeBlois reveals secrets behind the making of the movie. A 55-minute documentary cut from Dean DeBlois's own footage and other special features are also included.

"There are a lot of little fun features that I think audiences of all ages will enjoy on the DVD," she said.

You can buy a digital copy of How To Train Your Dragon 2 here, or wait until November 11 to snag a physical copy!

Love How To Train Your Dragon? Join our community at Sweety High to join in the discussion!

how to train your dragon 2moviestoothless