There's almost nothing better than getting lost in a good book. 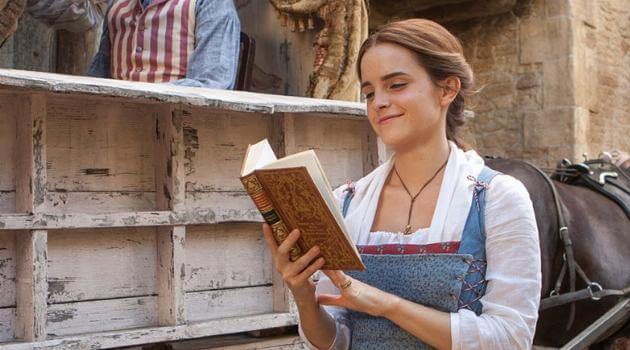 We all know that sinking, empty feeling that forms in the pit of our stomach once you've finished a truly incredible novel. That's why we love book adaptations so much—because they allow us to relive our favorite stories in a slightly different way.

If you're wondering which of your favorite novels might be hitting the big screen soon, keep scrolling for nine book adaptations we can't wait to see in 2019.

If you can't get enough of the The Fault in Our Stars, then you're guaranteed to love this story about two cystic fibrosis patients who meet in a hospital and fall in love. Due to their illness, Stella and Will must remain five feet apart from each other at all times, which understandably puts quite the wrench in their relationship. The film is set to premiere on March 22, 2019, starring Cole Sprouse in the role of Will, and Haley Lu Richardson as Stella. If the story itself isn't enough to convince you to go, just remember that one of our favorite heartthrobs will be gracing the big screen once again, which definitely had us looking for pre-sale tickets. 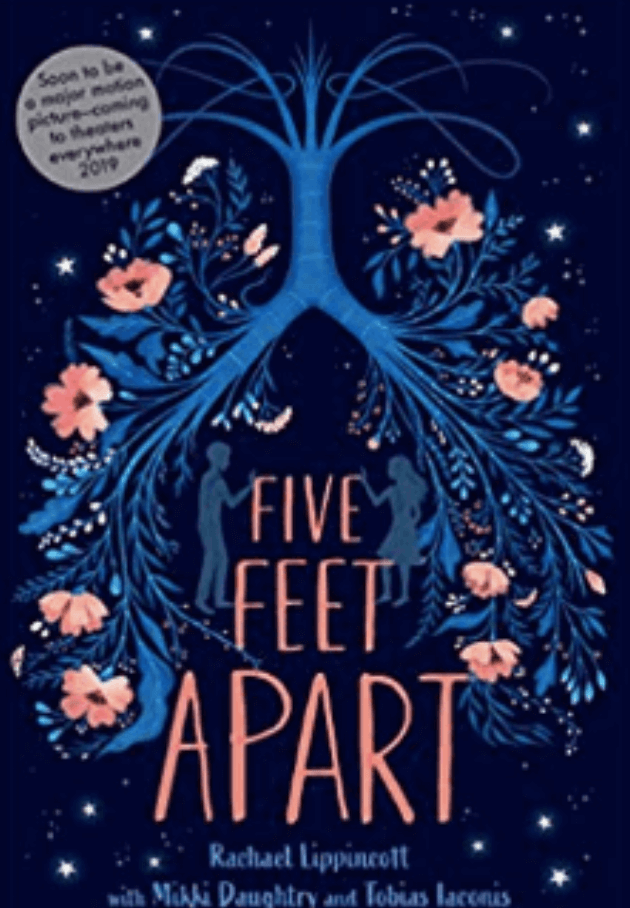 The Woman in the Window by A.J. Finn

This chilling thriller follows the story of Anna Fox, an agoraphobic woman who lives alone in her New York City home. Since her condition means she's unable to leave her house, Anna spends most of her days watching old movies and spying on her neighbors. It's a seemingly harmless habit… until Anna witnesses something she should have never seen. As the tale unfolds, Anna is left wondering who to trust, and eventually fearing she might not even be able to trust herself. The film adaptation of the book is set to release on Oct. 4, 2018, with Amy Adams playing the mind-bending role of Anna, making this movie an absolute must-see. 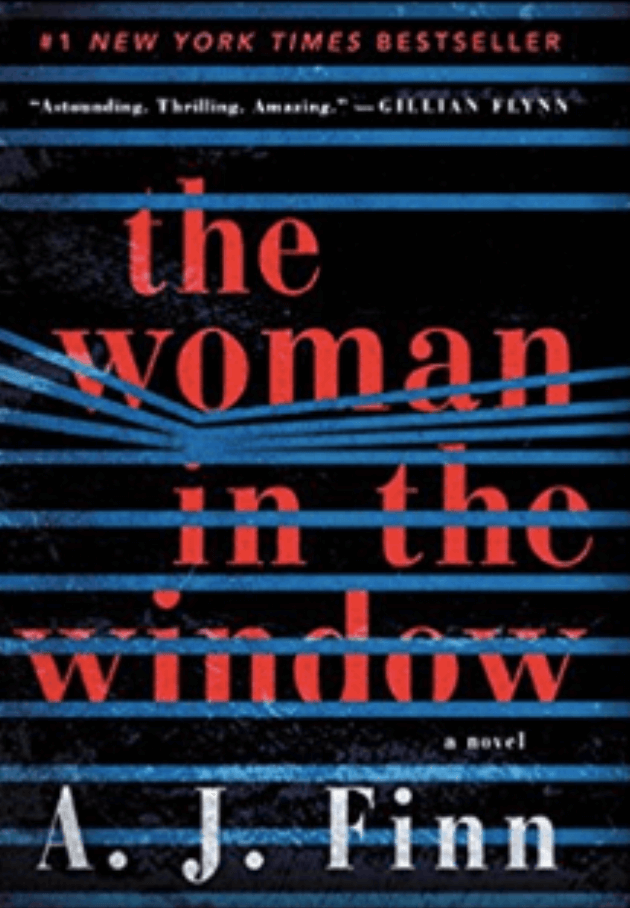 The Nightingale by Kristen Hannah

Set in France during World War II, The Nightingale follows two sisters whose lives are torn apart during the Nazi invasion of France. It's a haunting tale that eloquently captures a different side of history, while still remaining compelling and totally absorbing. The film is set to premiere on Jan. 25, 2019, a date that was changed following a few production delays. Given the rich narrative of the novel, the movie is guaranteed to be an enthralling feature, and the early 2019 release date means we don't have to wait much longer to see this story on the silver screen. 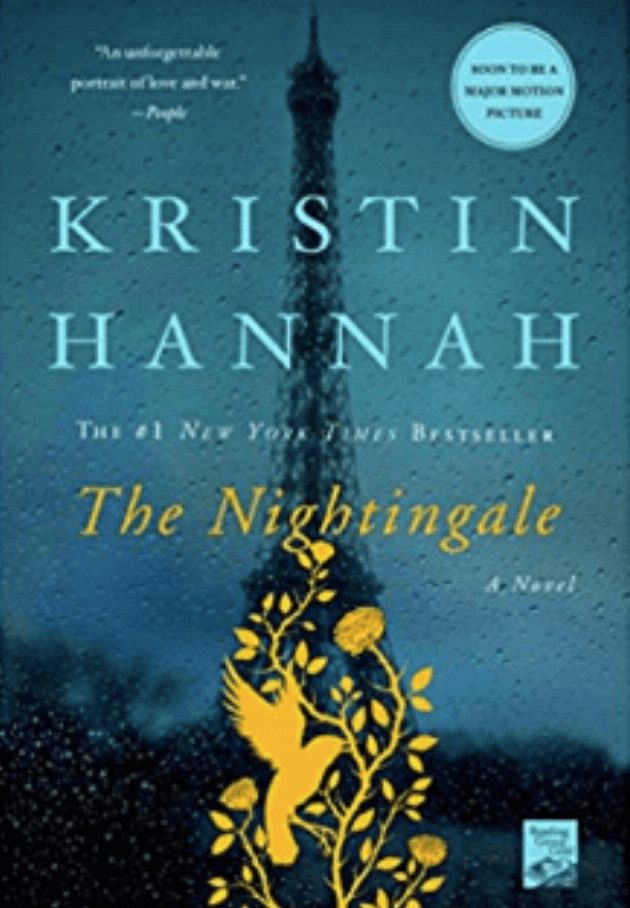 Looking for Alaska by John Green

We've been waiting literal years to see one of our favorite John Green novels in a filmed format, so we were delighted when it was announced earlier this year that the book would be coming to life through an eight-episode limited series on Hulu. While it doesn't have an official release date, Alaska and Miles were finally cast, so we're hoping to see this story play out sometime in 2019. 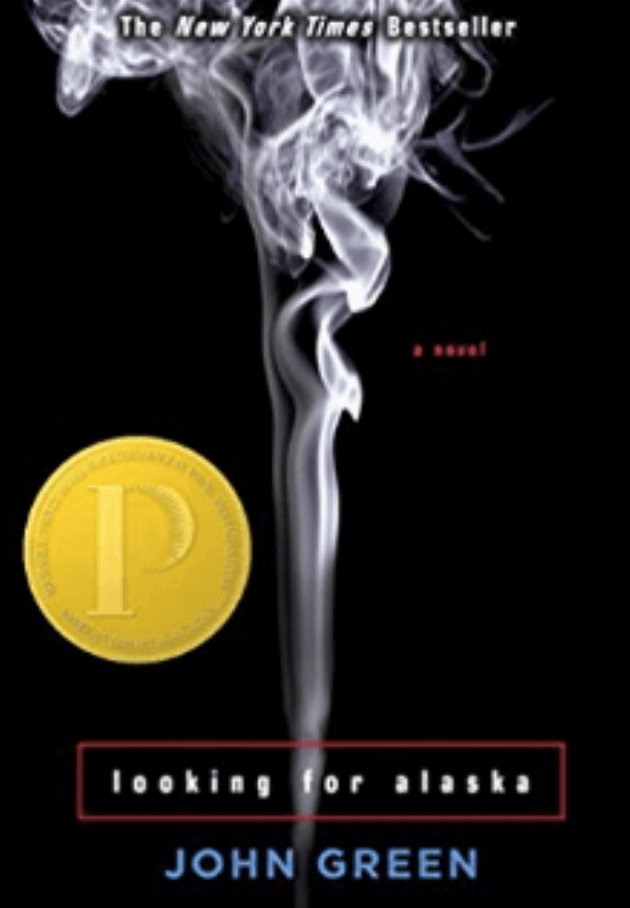 The Goldfinch by Donna Tartt

Fans of The Goldfinch have been eagerly awaiting the movie adaptation of this coming-of-age story since 2014, and it looks like 2019 will be the year that it finally comes to life. The story follows Theo Decker, whose life is turned upside down after a terror attack at an art museum that takes his mother away from him. The film is set to be released in Oct. 2019. It's filled with a cast of big name actors like Ansel Elgort, Luke Wilson, Jeffrey Wright and Sarah Paulson, making this movie a star-studded event you don't want to miss. 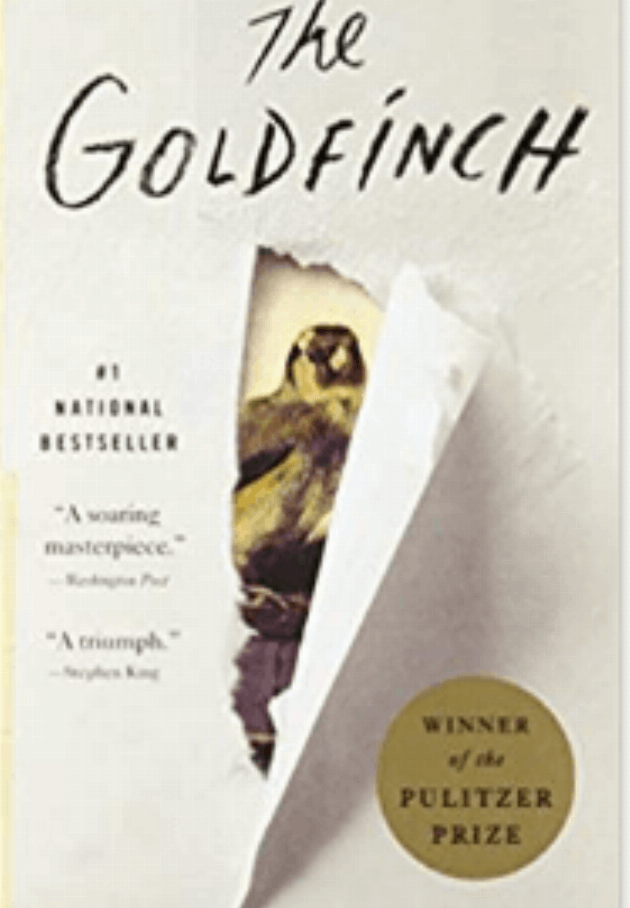 After the disappearance of her mother, Bernadette, 15-year-old Bee is left with the task of tracking down the most important person in her life, which unfortunately leads her to Bernadette's troubled and secretive past. The film adaptation of this funny dramedy starring Judy Greer, Cate Blanchett and Kristen Wiig is set to premiere on March 22, 2019. Be sure to snag your tickets to find out exactly what happened to Bernadette. 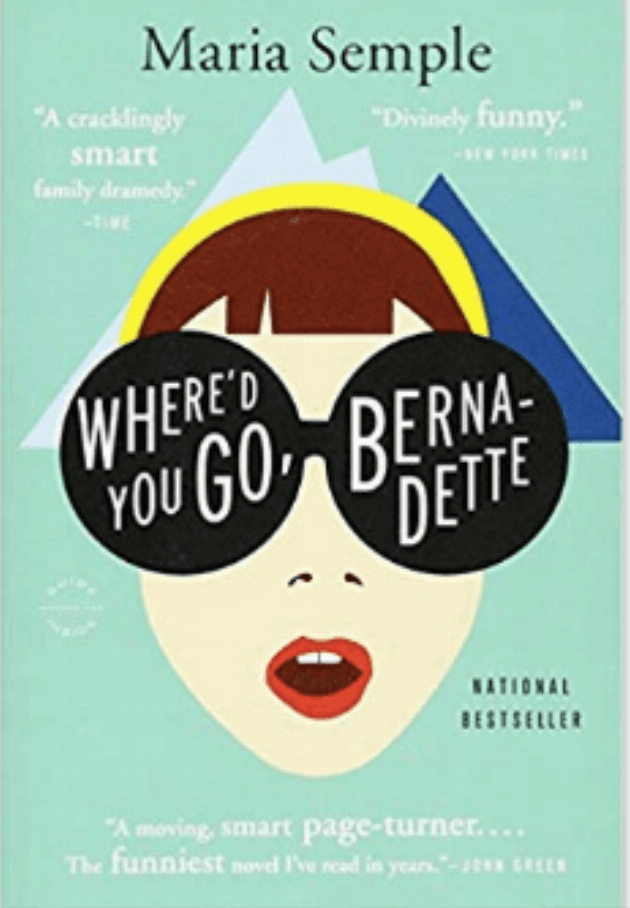 The Knife of Never Letting Go by Patrick Ness

If you're as obsessed with Tom Holland as we are, then you need to add this film to your calendar. The first book in Patrick Ness' thrilling dystopian series is being made into a movie entitled Chaos Walking, starring none other than our favorite Spider-Man. Tom will play Todd, the only boy in a town full of men, all of whom can hear each other's thoughts. It's a nail-biting story filled with twist and turns that's set to premiere on the big screen, March 1, 2019. 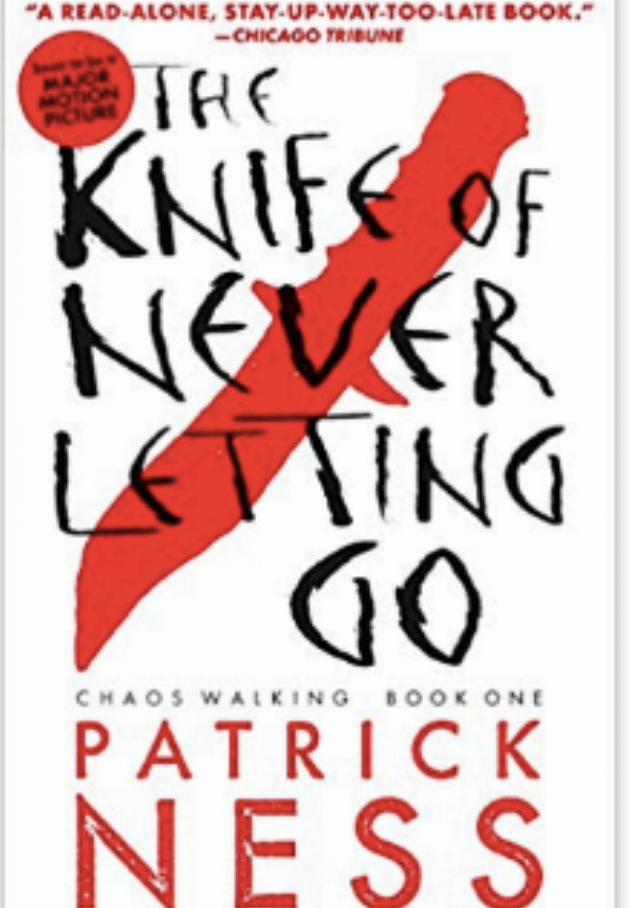 The Rhythm Section by Mark Burnell

After Stephanie Patrick loses her entire family in a plane crash, her life devolves into chaos. That is, until she finds out the the crash wasn't an accident after all, but rather it was a targeted terrorist attack. With this new knowledge under her belt, Stephanie joins a covert intelligence organization to get revenge on the people who ruined her life. Set to come out on Feb. 22, 2019, this movie starring Blake Lively and Jude Law is guaranteed to have you on the edge of your seat. 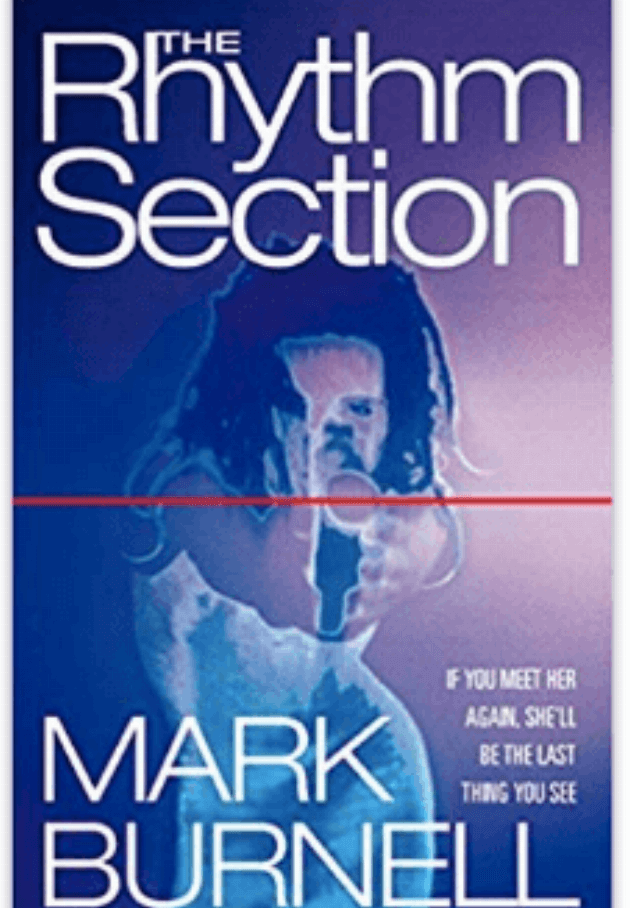 The Sun Is Also a Star by Nicola Yoon

Natasha and Daniel are not at a place in their lives where it's convenient to fall in love. She's hours away from being deported to Jamaica, he's struggling under the weight of his family's high expectations. However, it doesn't seem the universe cares much about the timing of their love story. Starring Yara Shahidi and Charles Melton, this thrilling romance is set to hit the big screen on May 17, 2019. 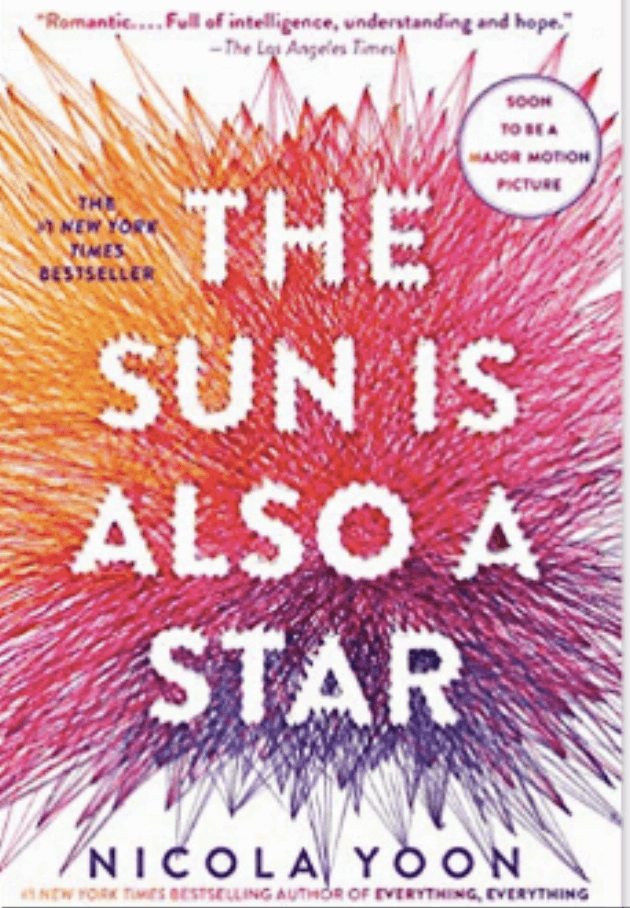 Looking for the best way to occupy yourself until these movies come out? Click HERE for books you should read if you loved To All the Boys I've Loved Before.