2020 sure was a weird year for movies. Surely, 2021 will be better. We're manifesting that right now.

But not all of us are so patient. We want great stories, and we want them now. If that sounds like you, you're probably very happy to have that challenging year behind you—and, you don't have to wait until some new films' release dates to find out all about them.

In fact, there are a number of exciting new movies coming out in the near future that were based on books, which means you can begin digging into the source material ASAP. Below is a list of our favorite books being made into movies that you can start reading now.

Philip Beard's Dear Zoe is a sometimes tragic, often heartfelt coming-of-age story about a girl named Tess who struggles with the loss of her little sister Zoe after a hit-and-run accident. The novel unfolds in the form of letters to Zoe after her death, keeping her updated on Tess's life as she moves in with her troubled biological father and copes with change.

The film is currently slated to release in 2021, starring Stranger Things' Sadie Sink as Tess. 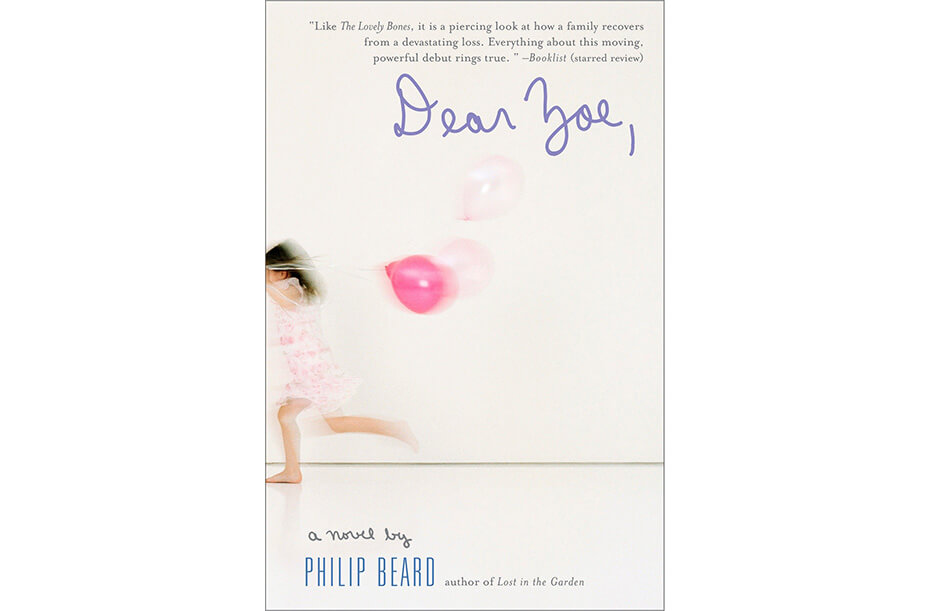 The Woman in the Window by A.J. Finn

It didn't take long at all for 2018's The Woman in the Window to get snatched up for a film adaptation. It follows Anna Fox, a woman with agoraphobia who is terrified of leaving her New York City home after a car accident. She often passes the time by spying on the neighbors, and when she starts to become suspicious of the Russell family next door, her entire life slowly begins to unravel.

The film version stars Amy Adams as Anna, and has yet to receive its tentative release date. 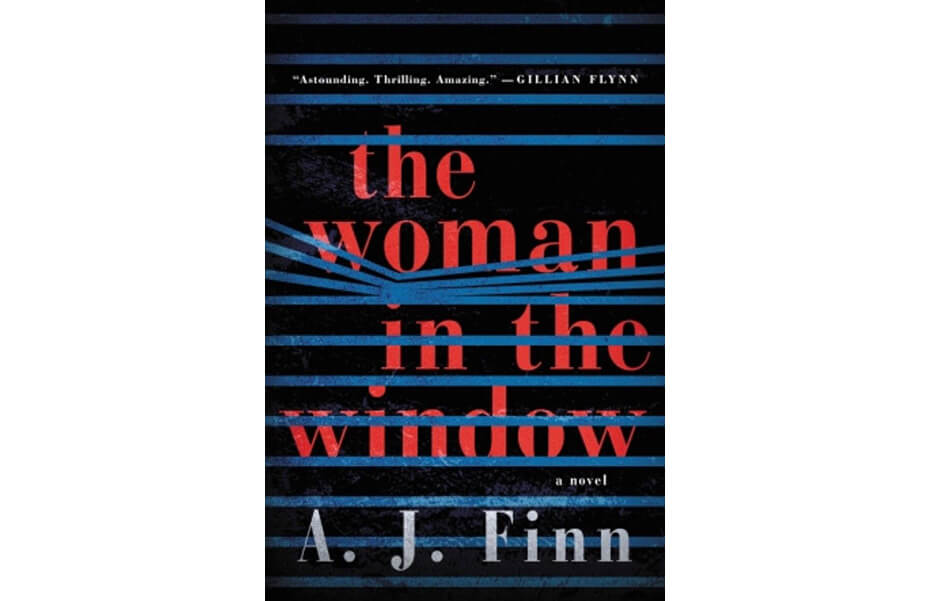 (The Woman in the Window via William Morrow and Company)

Christmas may be behind us, but this is one that can truly be enjoyed all year round. It's the origin story of Santa Claus, who begins the story as an 11-year-old boy called Nikolas, nicknamed Christmas. After his dad goes off on a quest to find a legendary elf village, Nikolas is left with his horrible aunt before setting off to the North Pole to find his father.

It's expected to have a Netflix release in the U.S. sometime around Christmas 2021. 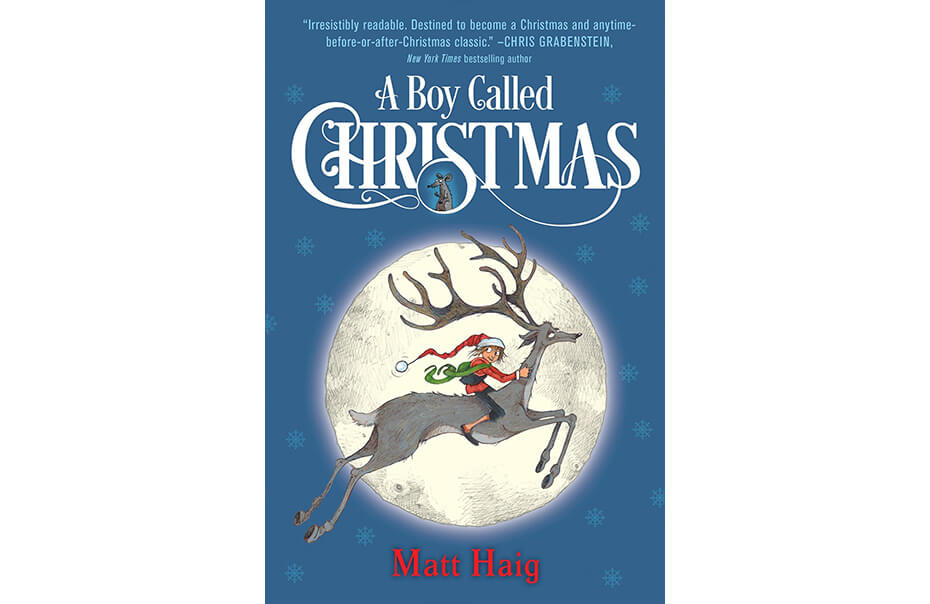 (A Boy Called Christmas via Knopf Books for Young Readers)

Netflix's To All the Boys I've Loved Before has been one of its biggest romcom successes, and we adored its sequel, To All the Boys: P.S., I Still Love You just as much. But did you know there's also a third book in the trilogy, and that it will also be getting its own adaptation? This one is titled Always + Forever, Lara Jean, and follows Lara Jean in her senior year of high school, eager to follow Peter Kavinsky to college before discovering she hasn't been accepted. She'll soon have to make a choice of her own, which might not lead to a future with Peter in it.

To All the Boys: Always and Forever, Lara Jean has started production, but has no finalized release date. 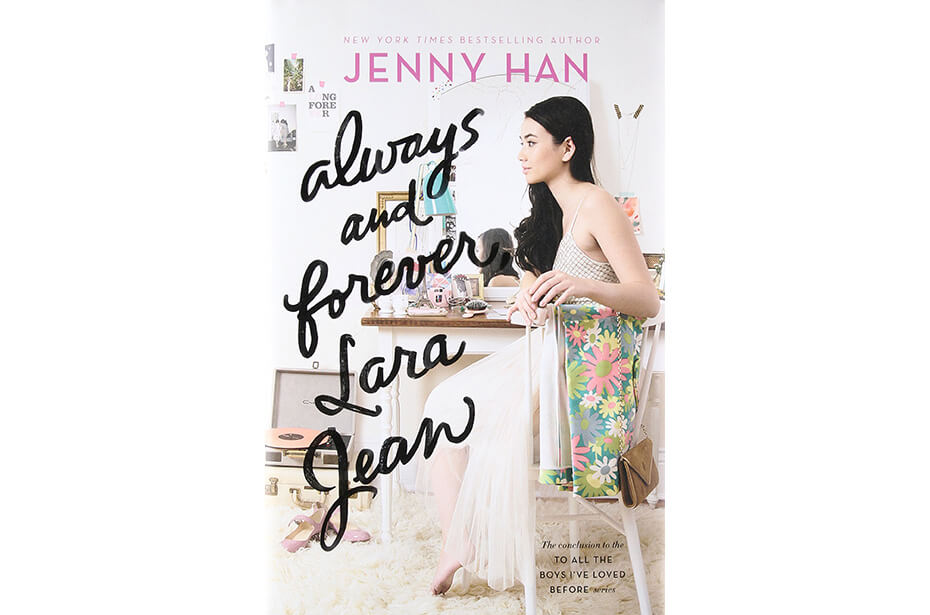 To All the Boys I've Loved Before

Frank Herbert's 1965 novel Dune is beloved by sci-fi buffs everywhere, and though many attempts have been made to adapt it for the screen, only David Lynch's 1984 film has come close to replicating the story's grandeur. Until now, that is. Set in the far-off future, it follows a young man named Paul Atreides whose noble family takes control of a planet called Arrakis. While its deserts are barren and bleak, they're also the only source of the all-important spice, making it incredibly valuable.

This star-studded film directed by Denis Villeneuve is set to hit theaters in the U.S. on Oct. 1, 2021. 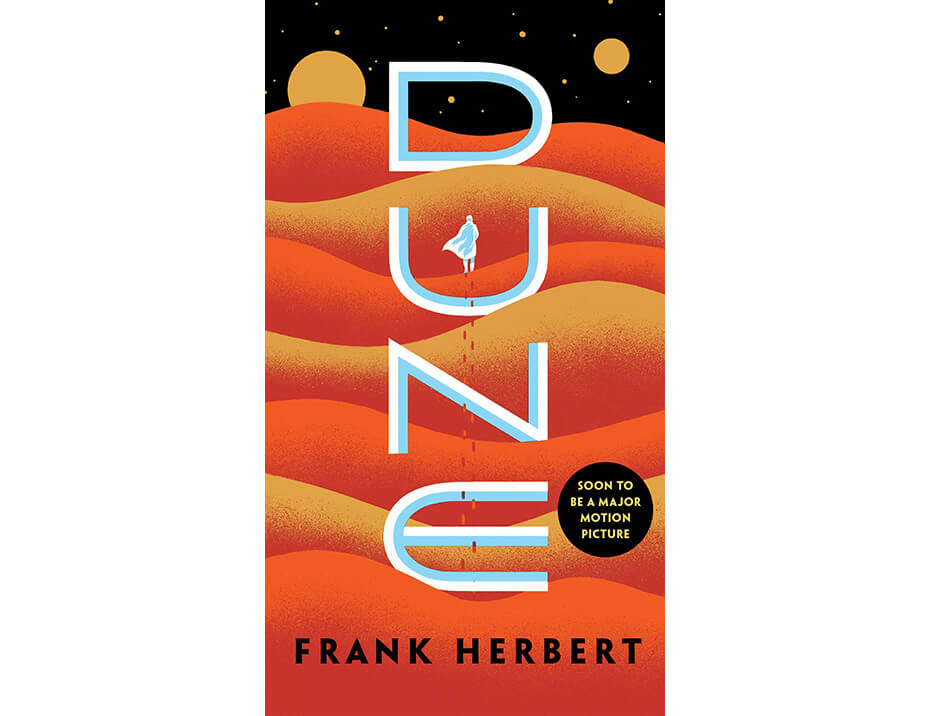 Though it was first published back in 1929, Passing remains a powerful exploration of race even today. Written by Nella Larsen, herself biracial, it tells the story of friends Clare and Irene who grew up Black in Harlem, only to lose touch as adults. Irene then discovers that, after Clare's father died, she was sent to live with two white aunts, and because she "passes" as white, has started a family with a white man who doesn't know about her family heritage. Their uncomfortable reunion eventually leads to tragedy. 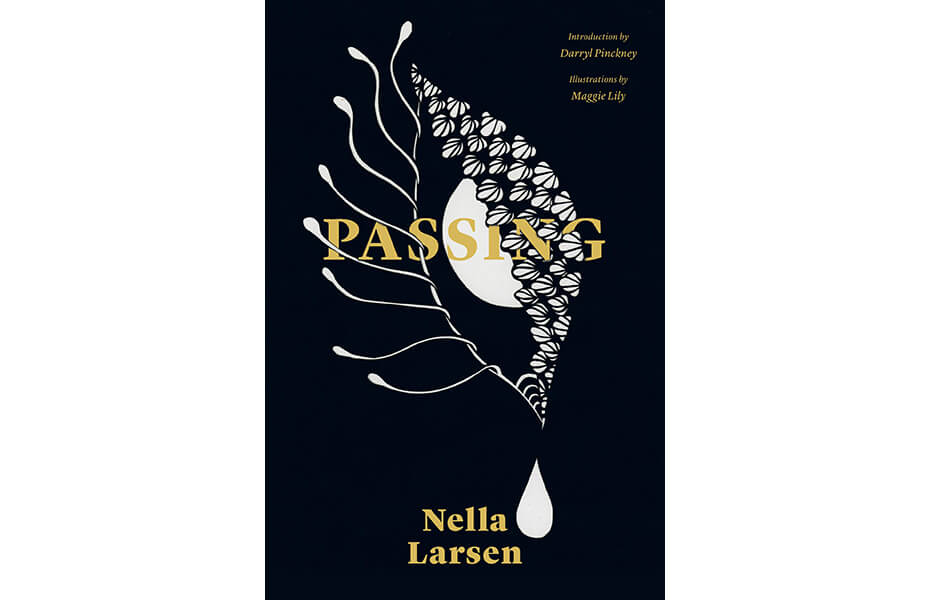 The Last Letter From Your Lover by Jojo Moyes

Jojo Moyes's The Last Letter From Your Lover is a beloved tale of romance telling two distinct love stories at once. It follows a journalist in 2002 who discovers a love letter written in 1960, telling a woman with memory loss to leave her husband. As the journalist investigates this compelling letter, she hopes to discover a tale behind it to revitalize her career—and perhaps her own difficult love life as well.

The movie, starring Felicity Jones and Shailene Woodley, is set to release worldwide sometime in 2021. 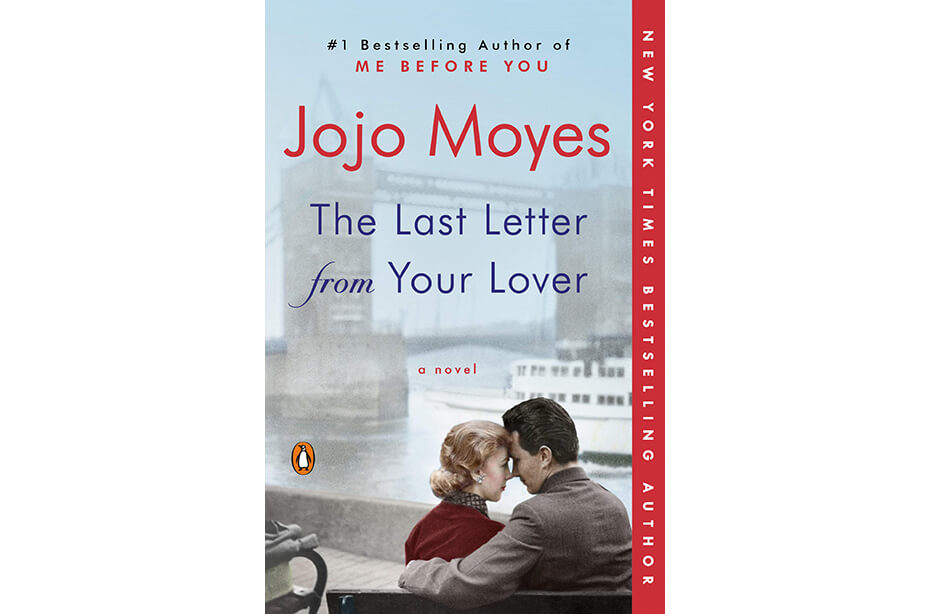 (The Last Letter From Your Lover via Penguin Books)

The Knife of Never Letting Go by Patrick Ness

The Knife of Never Letting Go is just the first book in Patrick Ness's Chaos Walking series, and we've been waiting too long to finally see it get adapted to the big screen. It follows Todd, a boy living on a newly colonized alien planet where most of humanity—including all of the women—have been wiped out by a disease. The survivors can hear each other's thoughts, as well as the thoughts of animals, and are constantly bombarded with "Noise." When Todd finally stumbles upon a quiet place, he accidentally reveals it to the entire town, and when he and his family flee, he meets the first girl he's ever seen, who might change everything.

After being delayed, Chaos Walking is set to finally get its U.S. release on March 5, 2021, starring Tom Holland and Daisy Ridley. 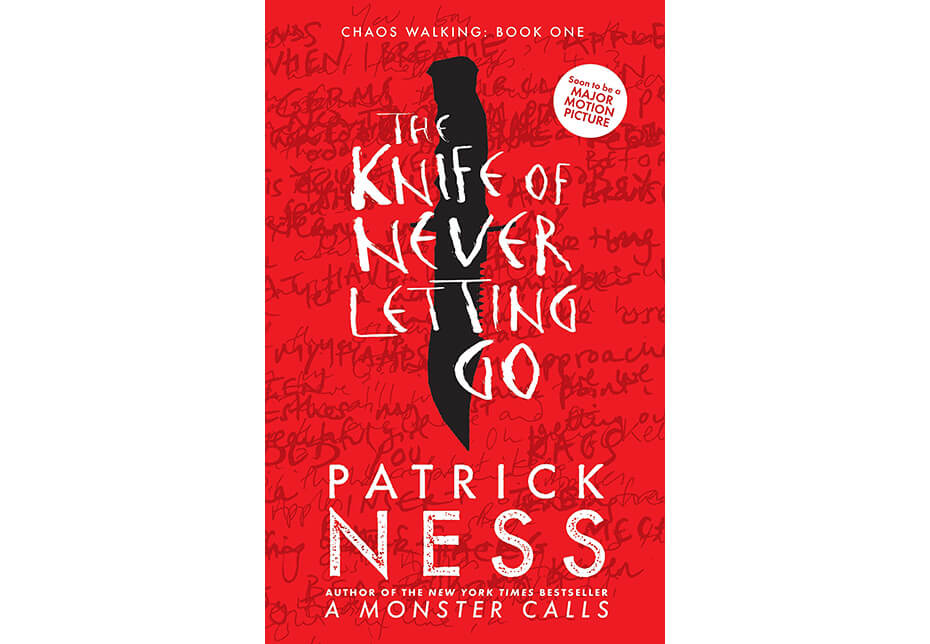 There's Someone Inside Your House by Stephanie Perkins

If you're looking for a horror novel to keep you entranced, look no further than There's Someone Inside Your House by Stephanie Perkins. It follows Makani Young, who moves from Hawaii to Nebraska to live with her grandmother. When her classmates start dying in grisly murders and a search for the killer begins, Makani's haunted past threatens to catch up with her.

The movie, starring Sydney Park, is set to debut on Netflix sometime in 2021. 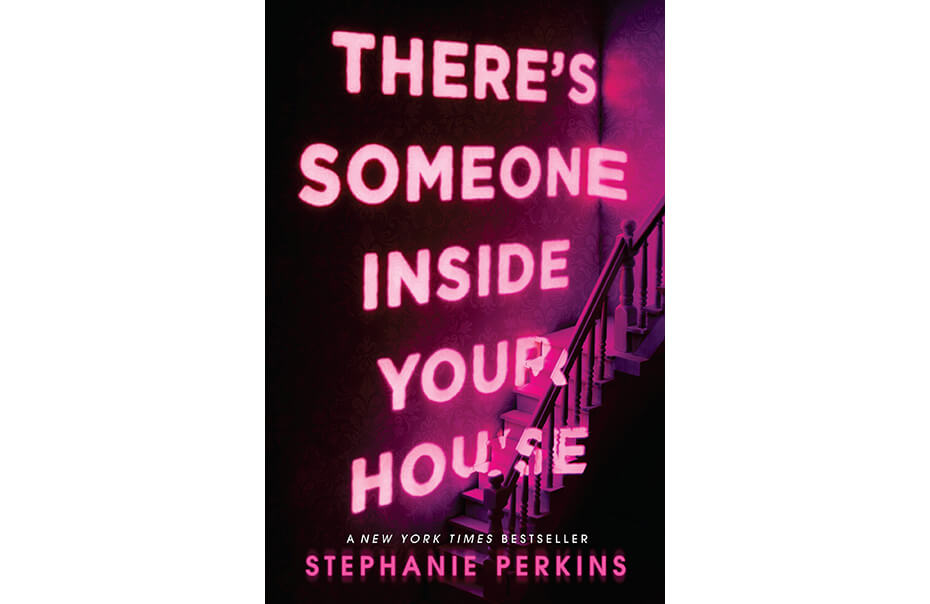 (There's Someone Inside Your House via Dutton Books for Young Readers)

R.L. Stine's Fear Street series was written for a slightly older crowd than his Goosebumps books, and we're pretty excited to see them adapted to film. The books take place in the fictional city of Shadyside, Ohio, where a group of teenagers band together to solve a series of connected murders and paranormal events. The New Girl is the first Fear Street book, and if you can't get enough, there are more than 150 books in the various Fear Street series that should keep you busy for a long while.

Fear Street will just be the first movie in a trilogy, and though they have no finalized release date just yet, there are plans to release all three movies one month after the other. 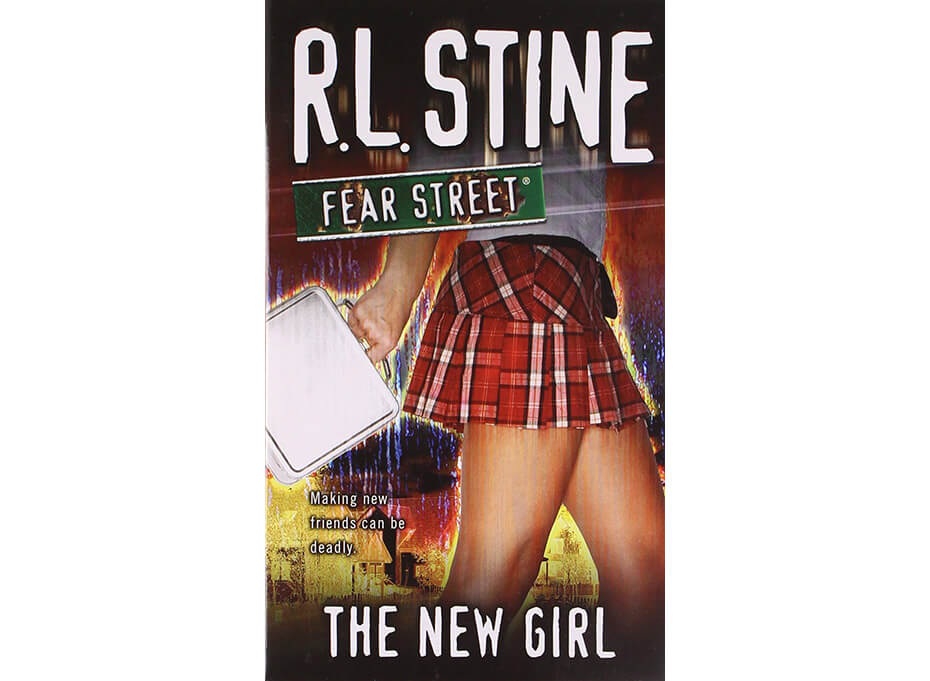 If you liked The Martian, chances are that you'll also love Artemis, also by author Andy Weir. The story follows a woman named Jazz who lives on Artemis, the first city on the moon. When she accidentally gets involved in a plot to overtake the moon's mining operations, she accepts an illegal job in order to get money dearly needed by her dad, and gets wrapped up in something bigger than she ever planned.

Though no stars, or a release date, have been announced just yet, director duo Phil Lord and Christopher Miller have signed on to direct. 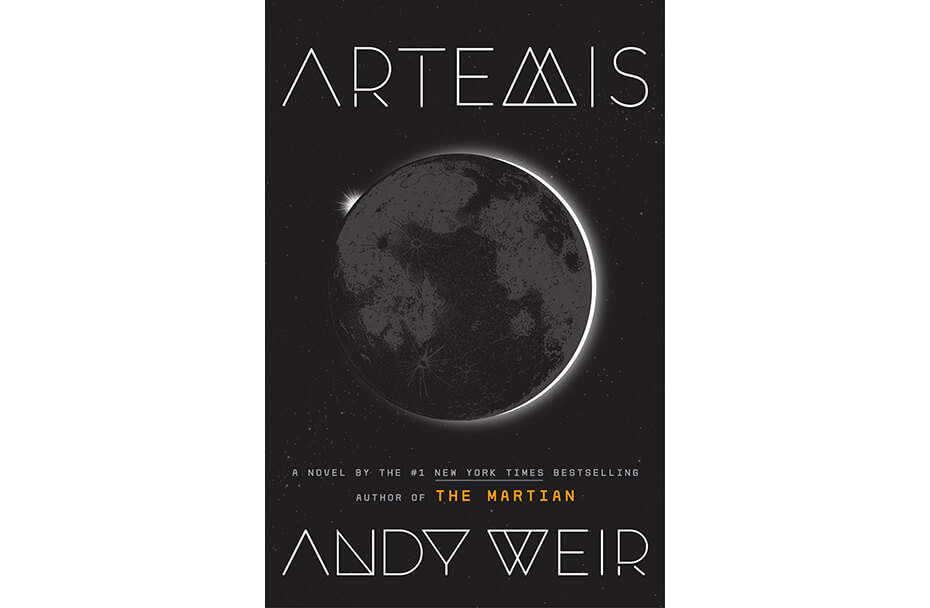 (Artemis via The Crown Publishing Group)

Have an impressive book collection? Click HERE for the perfect Instagram captions for every photo of your bookshelf.