I have to admit that Super Mario 3D World has never been one of my favorite 3D Mario games.

When it first came out on the Wii U back in 2013, I enjoyed it enough to finish the main campaign. However, while I appreciated the game's strong and consistent level design, its linearity simply didn't inspire me in the same way that games like Super Mario 64 and Super Mario Sunshine (and later, Super Mario Odyssey) could. I found that I actually enjoyed the game a lot more when I compared it to 2D Mario titles, where it fits right in among Super Mario Bros. 3 and Super Mario World as straightforward platforming classics, with secrets tucked away into hidden corners for those daring enough to find them.

When it was announced that Super Mario 3D World would be ported over to the Nintendo Switch, I wasn't ridiculously excited at first. But then I saw the game's bonus mode, entitled Bowser's Fury, and all of that changed. This game seemed to take the powerups and level gimmicks of 3D World and place them into a sprawling open world, where you face off against the enormous (and dangerous) Fury Bowser. It seemed tailor-made to what I was wanting from Mario. And after playing it, I can say that it fully delivered. Here's why I think games like Bowser's Fury are the future of the Super Mario franchise.

It Spins Off an Existing Game in a Brand New Environment

Bowser's Fury completely fixes what I disliked about Super Mario 3D World's linearity by placing the same mechanics into an open world environment called Lake Lapcat, where you get to choose where to go, and what to do, next. The classic power-ups carry over from 3D World, including the very powerful Cat Suit, but what you can do with them is entirely different because you're operating in a free and open space. And did I mention that everything in this kingdom is cat-themed, from the enemies to the landscapes to the collectibles themselves? It's ridiculously cute, and adds to the game's unique charm.

If you're used to older 3D Mario games, such as Super Mario 64, it may take a while to get used to the controls in Bowser's Fury. Mario is missing his classic side somersault and triple jump moves, but they're replaced with more nuanced abilities like midair rolls and spin jump, which you might recognize from Super Mario Odyssey. Combined with the Cat Suit, these enable you to do some impressively acrobatic moves, which make the game a blast to play.

And maybe it's just me, but all of the elements of 3D World just work better in this new world. The swimming dinosaur ally Plessie only showed up a handful of times in 3D World for fast-paced water segments, but in this game, he's your main means of transport across the watery Lake Lapcat. Somehow, he always seems to be right there when you need him, and he's not just useful for getting around but also reaching high places, racing for Cat Shines and taking part in epic boss battles. Running around as a cat, or with a giant propellor on your head, also feels more fun and fluid when you can turn the camera in every direction and make gentle, subtle movements to your heart's content.

I also can't get enough of the fact that you can hold up to five of each Super Mushroom, Super Bell, Fire Flower, Super Leaf, Boomerang Flower and Lucky Bell powerup in your inventory for up to 30 total, allowing you to be equipped for literally any situation the game thrusts upon you. This is really the only open-world Mario game that lets you freely hold on to powerups, and I'd love to see this continue into the future. 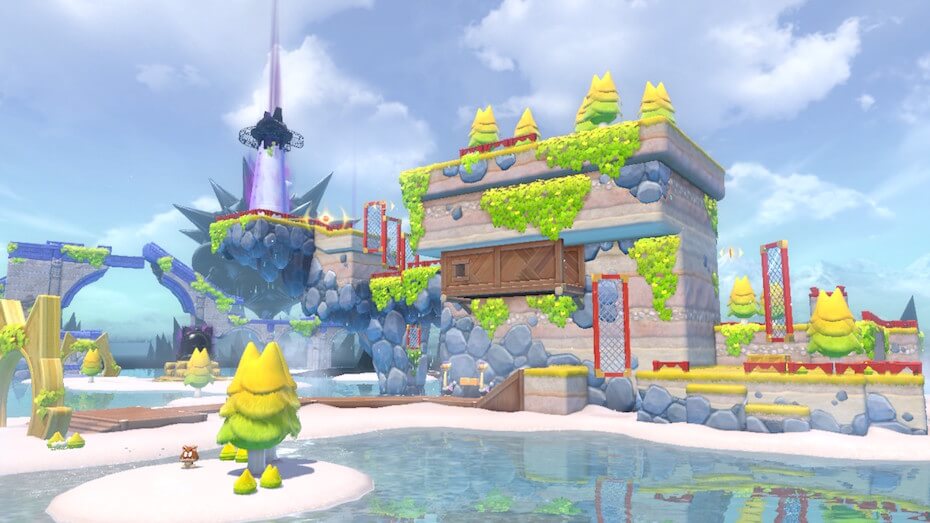 Bowser's Fury could have easily been an extension of the 3D World story, in which Bowser kidnaps the Sprixie Princesses, but it's so much more fun that they didn't. In Bowser's Fury, a strange force has taken over Bowser, filling him with rage and turning him into an enormous monster with no control over himself. This causes Bowser's son, Bowser Jr., to begrudgingly seek Mario's help in order to bring his dad back to normal.

Not only is this an original approach for a Mario game, but it also introduces new gameplay elements that make this game unlike any to come before it. At regular intervals, Fury Bowser awakens to reign terror—but he can be stopped by awakening Giga Bells and using them to fight him hand-to-hand. Bowser Jr. is also Mario's companion in this game, unlocking hidden items, fighting enemies and collecting useful goodies if you ask for his help. The world of Mario is so rich that this seems like only the tip of the iceberg in terms of what can be done by extrapolating from existing Mario games. The possibilities seem endless. 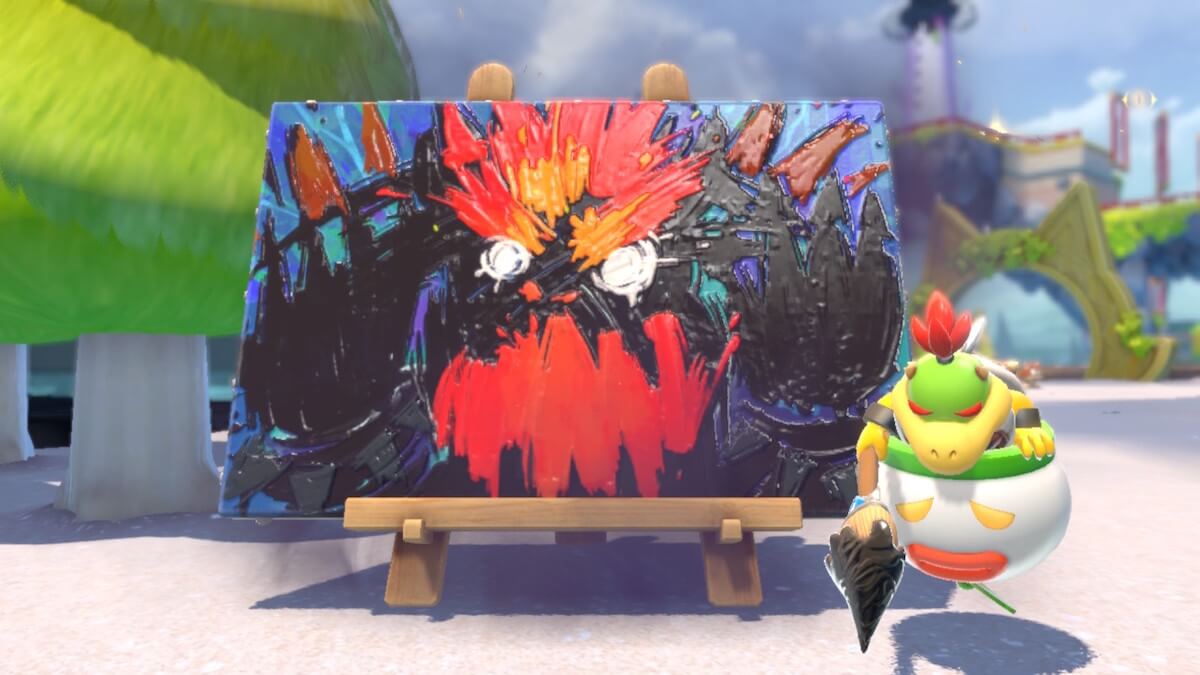 If you're the type of person who wants to collect every little collectible and see everything a game has to offer, Super Mario 3D World is going to keep you busy for a while. Not only do you have to collect every green star and stamp (and finish each level at the top of the flagpole), but you have to beat every level with all five characters (including the unlockable Rosalina) to open up the final stages of the game. I certainly do not have time for that.

While I usually like to go for 100% completion, recent games like Super Mario Odyssey have made that a daunting chore by just being so darn big. I never thought I'd say this, but I love that Bowser's Fury is a smaller game that can be thoroughly completed in about six hours on your first, spoiler-free run through. Its 100 Cat Shine is a good, round number to go for without the world overstaying its welcome, and though I would have loved for that number to be 120, as in the classic 3D Mario games, 100 works for me just fine. It gives you a chance to see everything the game has to offer, without gluing you to the Switch for dozens and dozens of hours.

Together, all of these elements add up to something that feels familiar but offers an entirely new experience at the same time. When you love a Mario game like many people loved Super Mario 3D World, you want to keep living within it, and this kind of spin-off seems to be the perfect way to give the people what they want without building something entirely new from the ground up. This is especially true because I understand Nintendo can't just pump out another mainline Mario title every year. Games like Bowser's Fury feel like the perfect compromise, taking the environment and all of its magic and transforming it into an all-new adventure that feels totally organic. While I keep crossing my fingers for a Super Mario Odyssey 2, this game will keep me satisfied for a while. 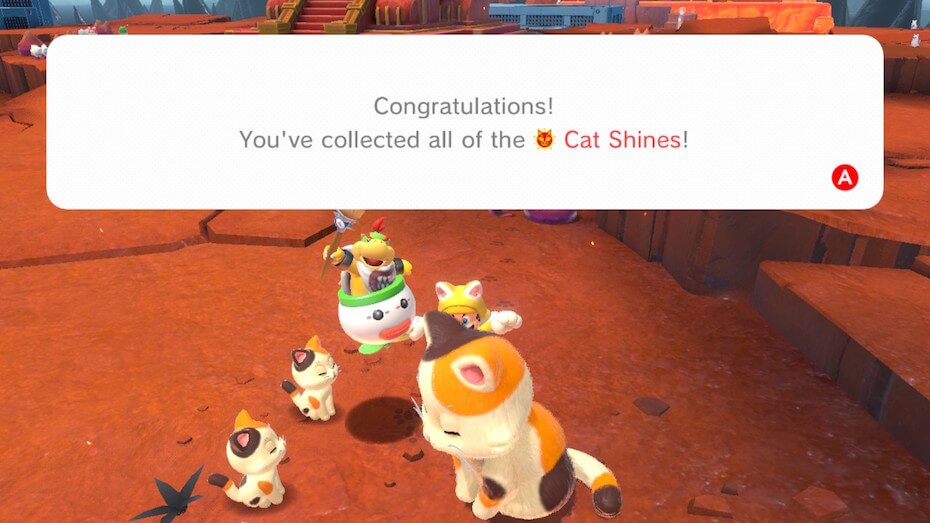 Curious about all things Super Mario? Click HERE to discover what I learned from watching someone who's never played Super Mario 64.