In Boyfriend Dungeon, Your Weapons Are Also Beautiful People You Can Date

I don't play a ton of dungeon crawlers or dating sims, but I find the combination of the two genres in the upcoming Boyfriend Dungeon to be a stroke of genius.

The game instantly caught my attention when I saw it on this year's Indiecade roster at E3, so I reached out to developer Kitfox Games to set up an appointment to play it. The game lived up to my expectations, and then some.

Boyfriend Dungeon takes place in the town of Verona, immediately conjuring up serious Romeo and Juliet vibes. Obviously, love is in the air, but I also feel that this might foreshadow a bit of heartbreak.

The game opened with the map of Verona, giving me options to head home and check my texts or to hang out with one of my potential suitors. One option was to hang out with the bearded shirtless heartthrob Sunder at his nightclub, while another was to spend time with the feisty painter Valeria.

I opted to visit Sunder, mostly because he was the more hilarious option. Maybe this was a mistake, because a crowd had started gathering around me, curious to learn more about the bizarrely wonderful game as it played an illustrated cutscene of Sunder showing off and twirling around with a rose between his teeth. 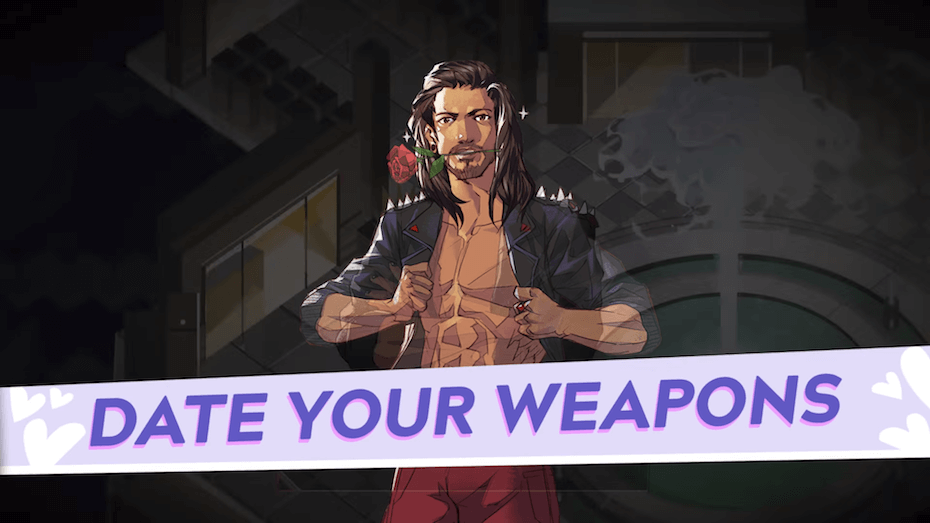 Dating sims can be awkward enough to play in the privacy of your own home, but with so many people watching, I felt a lot of added pressure to make the right dialogue choices. When I refused to dance with Sunder, little hearts appeared in the air around him, making me wonder if there was actually any response he wouldn't have liked. His flirting was so intense that I felt embarrassed in front of the growing crowd. When Sunder's friend Mandy told me not to trust him, I didn't know what to think. Down the line, I'm curious to find out what his motives (besides romance) might actually be.

More critical to the gameplay, however, was the actual dungeon crawling. The "dunj" featured in the demo was an abandoned (but still relatively pristine) mall. Even though the escalators, flowing fountains and automatic doors still ran, the entire keep was empty, save for hordes of attacking enemies. 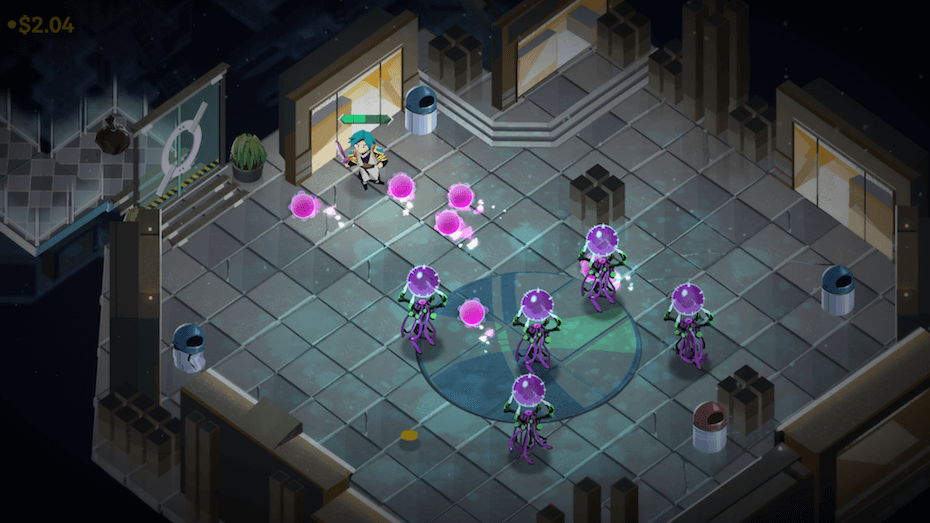 Before I began, I had to pick my weapon. Unlike in other games, where weapon choice is typically down to combat preference, this time it was personal because the weapons were also people. For example, Sunder in weapon form is a curved saber called a Talwar, while Valeria is a simple dagger. A third character, the stylish financier Isaac, is an estoc, a pointed longsword.

Eventually, I just picked Sunder again because I was already familiar with him. When I encountered the first enemies, I easily dispatched them with a swing of the sword. I could also press a button to dodge roll across the screen, or activate a limited number of fireballs. With another button, I could drink a bubble tea. Did I mention that boba is the main healing item in the game?

As I got deeper and deeper into the mall, the enemies, including bats, armored ants and orb-spitting plants, got denser and tougher to vanquish. Eventually, I collected an item called the Spooky Zine, replacing my fireballs with a move that sent enemies running away from me in fear.

Along the way, I'd also run into notable mall locations and the game would ask me, "Do you want to spend some time here with a weapon?" I picked Isaac for this first mall date, getting a sense of his refined tastes. After Sunder's aggressive flirting, this was a breath of fresh air, so when I moved onto the next level of the mall, I picked Isaac as my weapon. 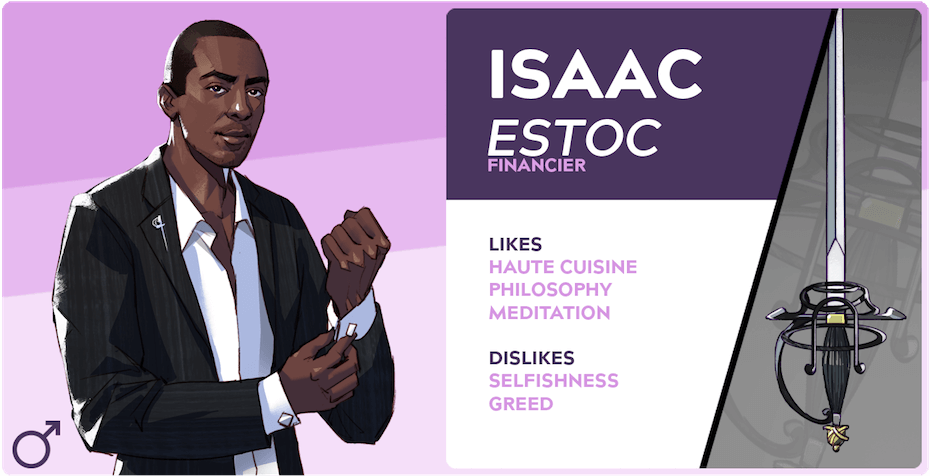 It was only then that I realized how truly different each of the weapons are. Sunder's cutting motion felt a lot easier for me to control than Isaac's straight stab, and I basically had to strike, then dodge, then strike and dodge again to avoid taking damage with these new controls. Eventually, I got the hang of it, but I did wonder if swapping had been the right choice.

One of my favorite moments was when I found a laser sword on the ground. It wasn't just a new weapon to utilize, but a new guy to befriend and potentially date. The blue-haired K-pop idol named Seven introduced himself on a glorious yet comical animated cutscene showing off his good looks and chiseled jawline. 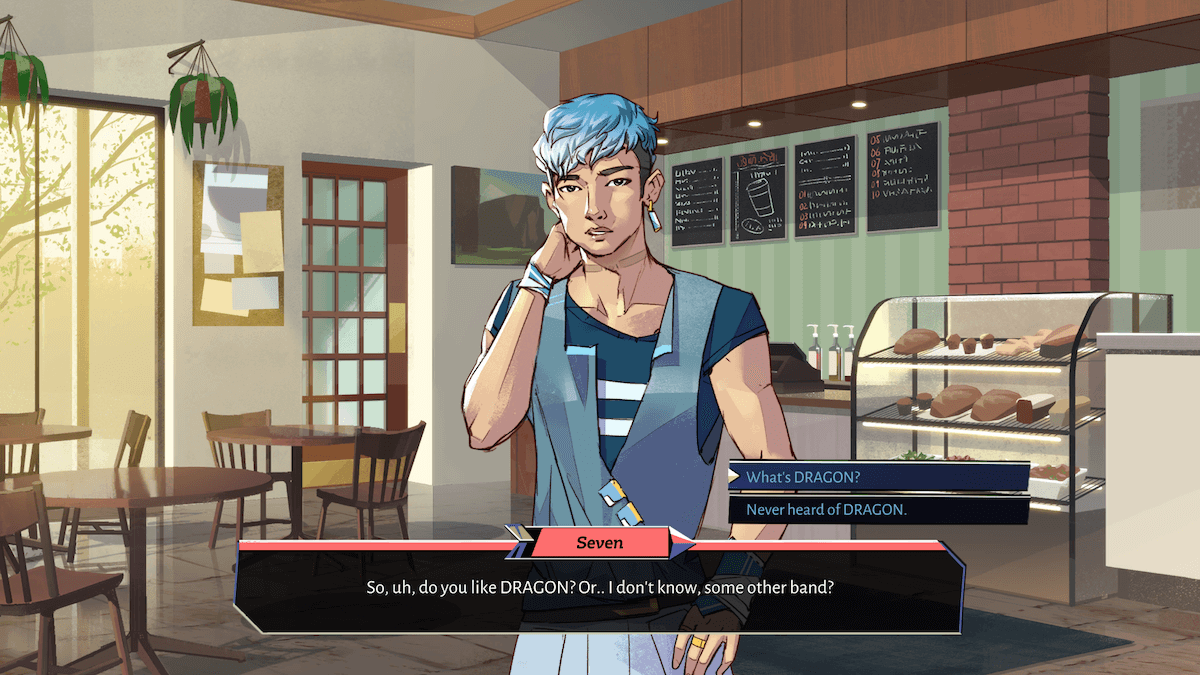 For the third and final section of the mall, I swapped weapons yet again, this time opting for Valeria the dagger. Of the three weapons I tried, hers was the toughest for me to handle because it had such a short range and small damage impact. Even with some bubble teas in my inventory, I was no match for the number of enemies I had to face. It didn't help that people were watching, and I didn't make it too far before my demo ended.

But just because I wasn't the best at the game doesn't mean I didn't love it. Its unique premise has so much potential for fun, as well as weirdness. And even though it's called Boyfriend Dungeon, you don't necessarily have to have—or even be—a boyfriend to play the game correctly. The game lets you select the appearance of your character (as well as your gender pronouns), and your dating pool eventually includes up to nine men, women and gender nonbinary folk. And if you're not into romance, you can even invest in a platonic relationship with an adorable cat called Pocket. In his weapon form, he happens to be a set of brass knuckles. 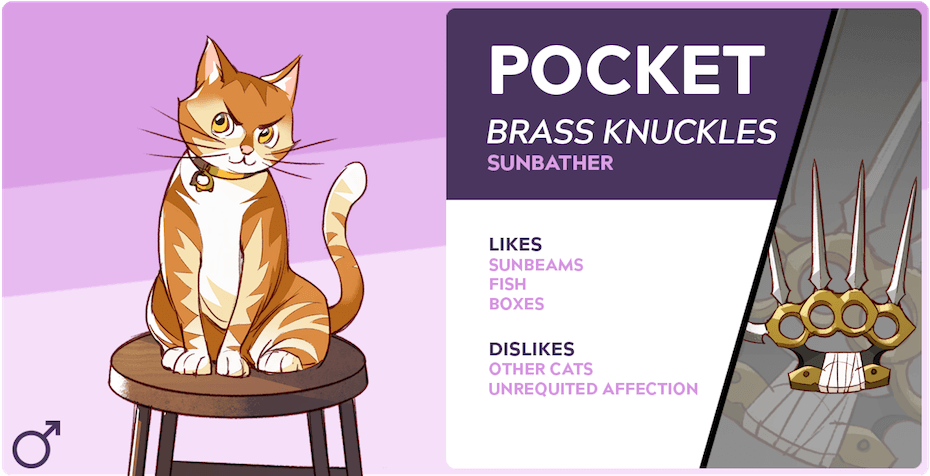 The game is set to release by the end of the year, and I for one can't wait to see it in its finished form.

If you can't wait for Boyfriend Dungeon to come out, click HERE to find out if The World Next Door can help keep you busy until then.