What if your apps didn't just bug you to reach your goals, but were encouraging friends instead?

That's the idea behind the Toronto Studio TRU LUV, founded and led by programmer and creative director Brie Code. The company aims to create "companions" to help you coach yourself through stressful situations, including the hit #SelfCare app.

Before Brie became TRU LUV's CEO, she majored in computer science. Upon graduation, she didn't find any job opportunities that inspired her, so she decided to travel the world instead. When her funds ran out, she returned home and took the first job she found at a games studio called Relic Entertainment. There, she fell in love with making games, and eventually landed a role at Ubisoft as a lead AI programmer before deciding she wanted to imagine up a different type of interactive experience entirely.

We had the chance to speak with Brie Code about how that happened, and why companions might be the future of apps. 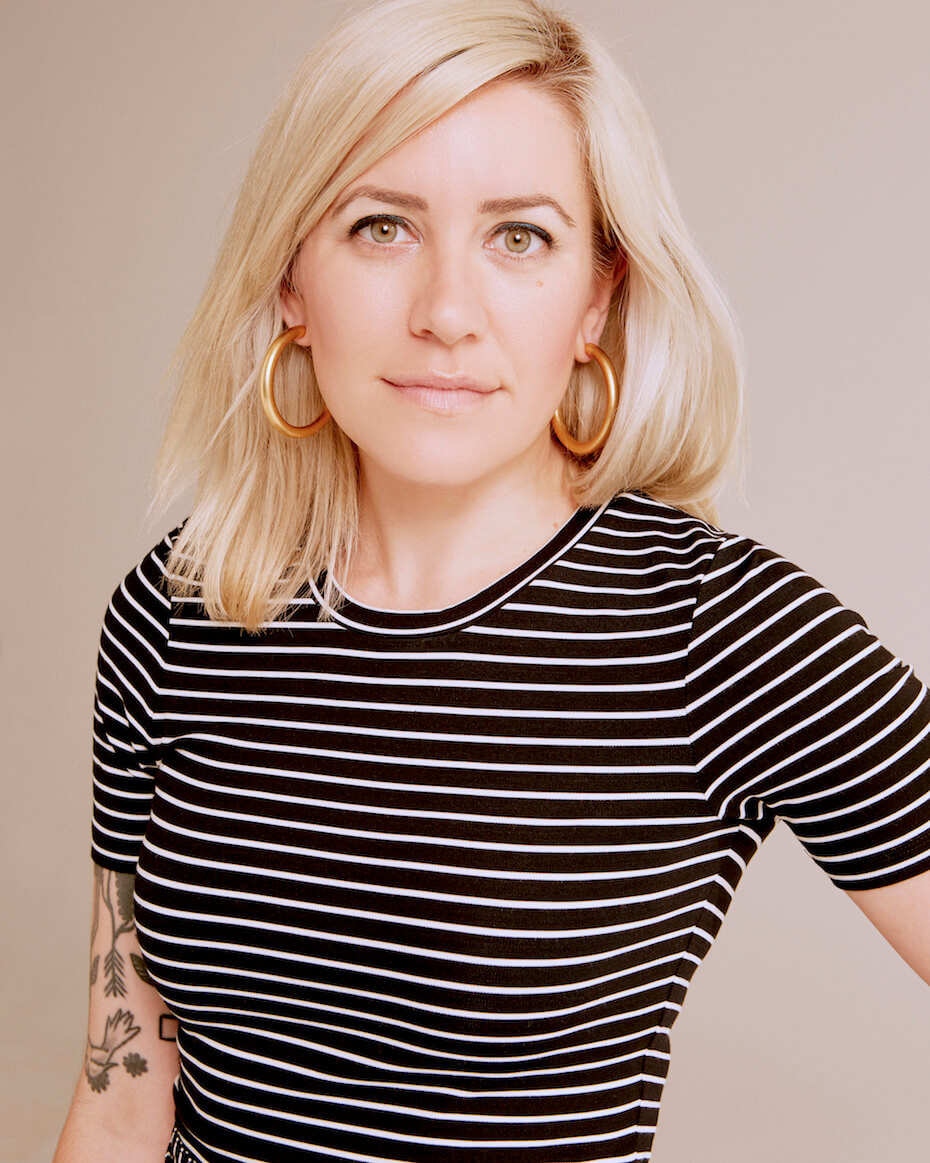 Sweety High: What made you decide to leave your role as an AI programmer at Ubisoft to start TRU LUV?

BC: For most of my life, most of my friends haven't been interested in video games. My best friend is my cousin Kristina, a college dean and art historian who is into feminism, art and longboarding. One day, on a hunch, I asked her to play my favorite game, Skyrim. She Googled it and told me she didn't watch Game of Thrones and wouldn't play this.

I encouraged her to just give it a chance—to get through the first bit with the dragon, which she would hate, play for a while, and get back to me with her thoughts. I didn't hear from her for three weeks and I assumed she didn't play it.

Three weeks later my phone rang, and when I saw it was her I assumed it was a family emergency. We don't normally phone each other. I answered. I could hear the tears in her voice as she said to me, "Lydia died." We don't have a Lydia in our family. Lydia is a character in Skyrim.

Kristina had been playing Skyrim for three weeks solid. She said to me in that conversation that, for all these years, it wasn't that she didn't like video games, it was that she didn't know what they could be. She didn't know they could be spaces for connecting with and taking care of characters, and in doing so, for getting to know oneself. She still put down Skyrim shortly afterward, because she doesn't like swords and doesn't like dragons. But she likes characters.

And in that moment I knew that the next game I'd make would be one for my friends like Kristina. So I made my own company.

SH: How did that experience lead into the creation of the #SelfCare app?

BC: After Kristina played Skyrim, I knew games could be different. I designed a game concept based on what she imagined she would like to play, but my colleagues found it boring. I knew it wasn't—it was the game she wanted to play, but it also happened to be exactly the game I wanted to play, too. Her game was too ambitious for my studio to make as its first project. But I knew from working with Kristina that it was incredibly fun to work with people outside the games industry—people with fresh ideas that other game designers told me were bad or impossible.

I asked Eve Thomas, an artist, writer, and editor in Montreal, who is also the coolest and wittiest person I know, to make a game with me. In our first brainstorm Eve came up with the idea for #SelfCare. She was getting frustrated with her phone and with internet culture and its treatment of women and girls. She wanted to make something that conveyed her feelings about that as well as something that could help. I made a rough prototype and brought it to her, and she critiqued it and had some more ideas, and we went from there. She brought in her friends to illustrate it and do the sound for it. It's been the most interesting and fun project I've made. 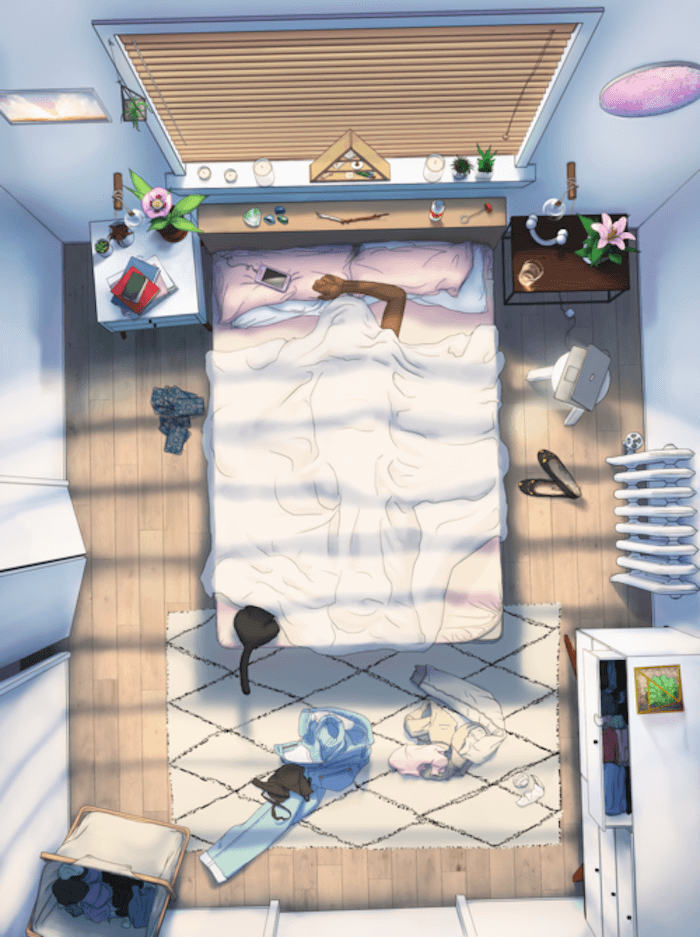 SH: What exactly is a "companion" and how did you come up with that name? How would you say it differentiates from other apps or games?

BC: A companion is like a friend. It is not quite an app and not quite a game. An app is usually either a tool that you boss around, or something quite bossy that tracks you and tells you what to do. A game is a world that you escape into. A companion is sort of like a character in a game, but the game world is the real world, and the things you do with the companion are things you do in real life.

For example, #SelfCare is a companion for reducing anxiety. The idea is that it's easier and more fun to accomplish things when you do them with a friend—even if that friend is yourself.

While we were working on #SelfCare, a lot of our colleagues in the games industry were telling us, "this isn't a game." Publishers were saying the same thing. For years I'd been giving talks saying that "video games" was too small a term for everything that'd be possible with interactivity in the future. Then, one of my early investors told me that that future was now, and #SelfCare needed a new category. I couldn't think of a name for it.

A few weeks later, I woke up at 5 a.m. with jet lag and thought, "I can be one of those CEOs who gets up at 5 a.m. and works out." I had just had dinner with a friend who had been working out with an app. I decided to download one. I went to the App Store and searched for fitness apps and there were so many options.

I chose one at random and downloaded it, and when I opened it, again there were so many options of workouts to choose from. I felt too fatigued to choose one and I put it down. I started doing yoga, which I already know how to do. But while I was stretching, I was still reaching for my phone, because I was counseling two different friends in different time zones through major life crises. I realized I was too tired to pick a workout, but not too tired to be with my friends. The word "companion" appeared in my head.

I called our neuropsychology advisor, Dr. Isabela Granic, and she confirmed my intuitions that being with friends gives you energy. And I realized this was the difference between what we were doing and what other apps do.

A companion app uses a lot of ideas from game design and game AI, but it's about care and connection instead of fighting and winning. The companion has goals of its own and you help each other. 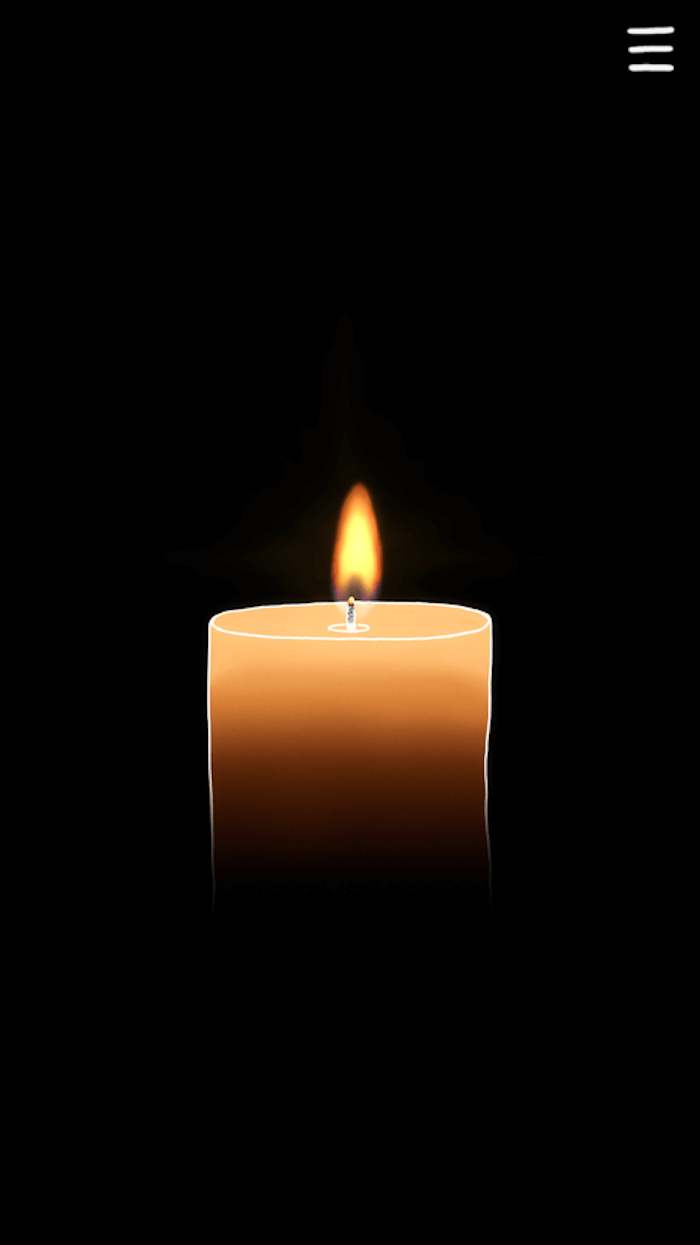 SH: What differentiates #SelfCare from other apps with similar goals?

If you react to stress with oxytocin, you will find opportunities to win boring or frustrating, but you will enjoy opportunities to take care of situations and characters. The tend-and-befriend response is why I like to tidy and cook in the evenings, or why my grandmother knits.   In #SelfCare we've created interactions in a new way. Instead of designing interactions that follow a curve from easy to hard, we go from disconnected to connected, or from awkward to orderly. This helps those of us who are more driven by oxytocin than adrenaline to relax. Instead of playing until you lose or die and are frustrated, it's designed so you'll probably lose interest at the point where you are starting to feel very relaxed, after about three to five minutes.

SH: Why was it important to you to develop an app that wasn't built on feedback loops and constant engagement?

BC: We wanted to create an experience that people would feel good about using. I noticed that my relationship with other games and apps is often one of guilt instead of joy. No matter how useful I find the app in real terms, if it keeps me engaged longer than I'm meant to be, I will eventually experience feelings of guilt or shame around the app. We don't want to create those feelings around our app. 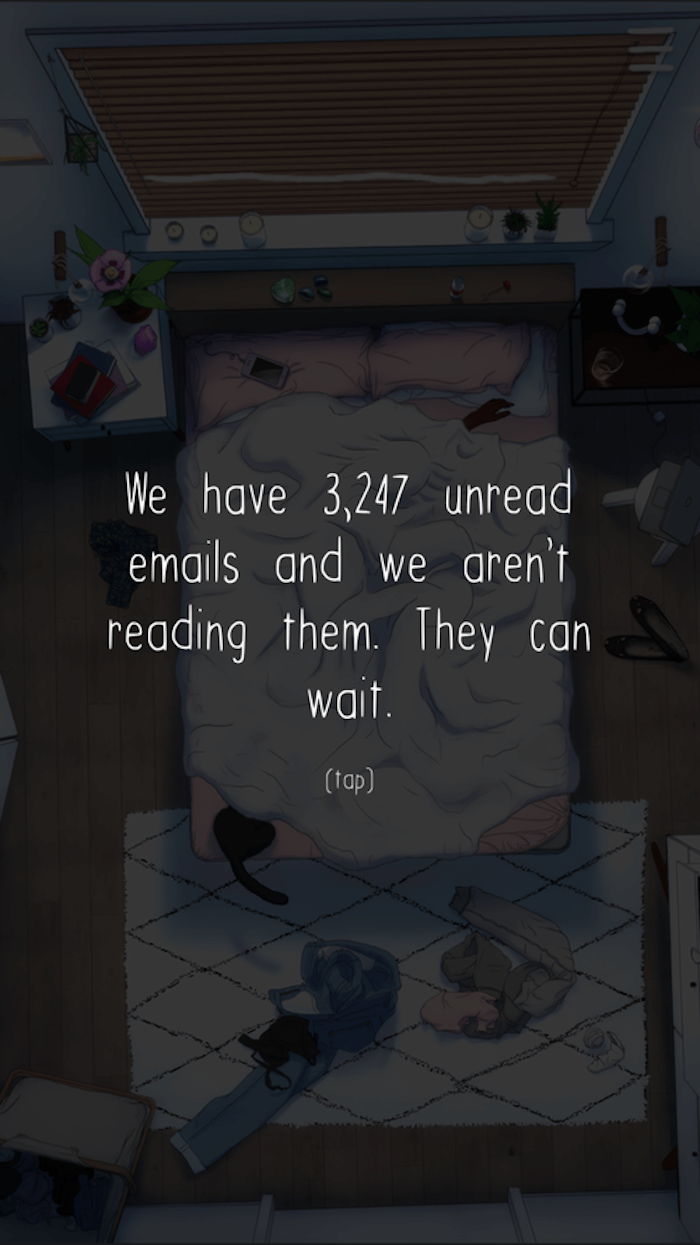 SH: What's your biggest piece of advice for young women who want to be involved with games?

Some of the games I like the best are Skyrim, This War of Mine, Neko Atsume and Tetris Effect.

What's the biggest thing you've learned along the way that you wish you could tell your younger self?

BC: That there is no secret programming knowledge that all the guys have that I don't seem to have. Programming really isn't that hard—it just takes a long time to learn—and I do understand it well.

I would also tell my younger self that most research and design in the west has been done by one kind of person—white cis men—and this is why it sometimes feels like the world wasn't designed for me and I don't fit. It wasn't and I don't. This also means that while everyday things like walking in the city at night, or getting an accurate diagnosis, or balancing career and family, might be harder for me, I also have more opportunity to create fresh ideas and valuable insight, and disruptive, innovative products. Women and other underrepresented people are just getting started thinking about how we might want to live our lives and what products might support that.

SH: Do you envision a future where more of the gaming space is dedicated to "companions" like #SelfCare?

And I can imagine a future where my companions coordinate with each other. Perhaps I want to work on improving my attention span. My meditation companion, fitness companion, cooking companion and other companions could all conspire to help me do this. Imagine a playful world where the things we want to accomplish are fun, and the world is conspiring to help us succeed.

If you feel like you'd benefit from a companion app, click HERE for our review of the #SelfCare app.