The Gardens Between's Narrative Designer Reveals How Games Get Their Stories

Brooke Maggs is writer, narrative designer and producer on The Gardens Between, an upcoming adventure puzzle game. She's also the cofounder of Burning Glass Creative.

Though The Gardens Between won't be out until at least the end of the year, its innovative gameplay and beautiful art style has gamers everywhere eagerly anticipating its release. We wanted to find out more about the game, as well as the creative woman behind it, so we chatted with Brooke to discover its inspirations, how it came to be and what it really means to be a narrative designer.

Sweety High: How long have you been a writer, and at what point did you realize that your writing could be applied to narrative design and the creation of video games?

Brooke Maggs: I have always loved to write. When I was growing up, I read a lot and played games that had stories—it's why I liked them. As I grew up, I wrote plays with my drama group and my own short stories throughout high school. I always wanted to write for games but never quite found my way in until a friend recommended me to The Voxel Agents after she had read one of my stories. It changed my life.

The Gardens Between was my first game project and I had to learn how my writing skills applied to the game. Turns out, it was by gaining skills in narrative design. And I'm still learning! 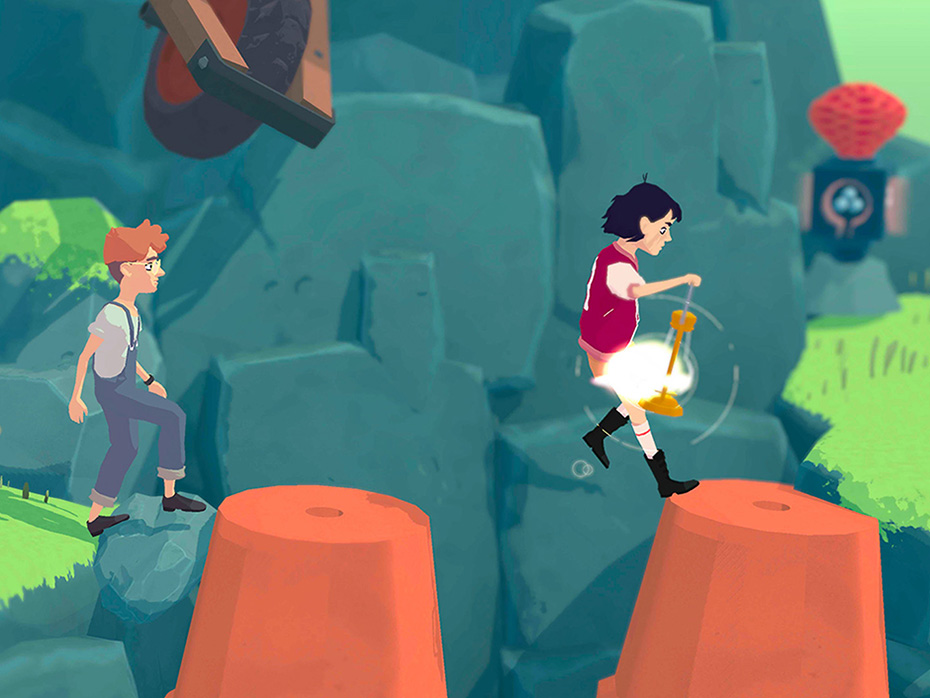 SH: Why are games such an important medium for creative writing and storytelling?

BM: Games open up different ways to tell a story. They are immersive—we feel like we're right there in the action. We feel the power to change the story, to adventure through sweeping worlds or to tell our own stories.

When telling stories with games, we have different tools at our disposal to create strong, emotional connections to characters for our audiences. The crucial difference between writing for the page and writing for games is the "reader" is a player—they're always doing something. Question is, what are they doing and how can that play an important part in the story? I don't get to ask myself that question when writing my novel and I love that about games.

SH: Walk us through what it means to be a narrative designer for games.

BM: A narrative designer is in charge of the story and how the story is told to players. They help design the key components of the game that work to tell the story, like the environment, the world and the gameplay. Their main job is to keep track of the game world and the overarching story for the team.

A narrative designer may also be a writer for the game, but they may not be. They often work with a writer or a team of writers who write quests, dialogue and other story elements in the world, like a character's journal. They make sure all the writers know about the game and how it works—deciding whether there are puzzles, whether there are bad guys, if players can jump and things like that—before they start writing. 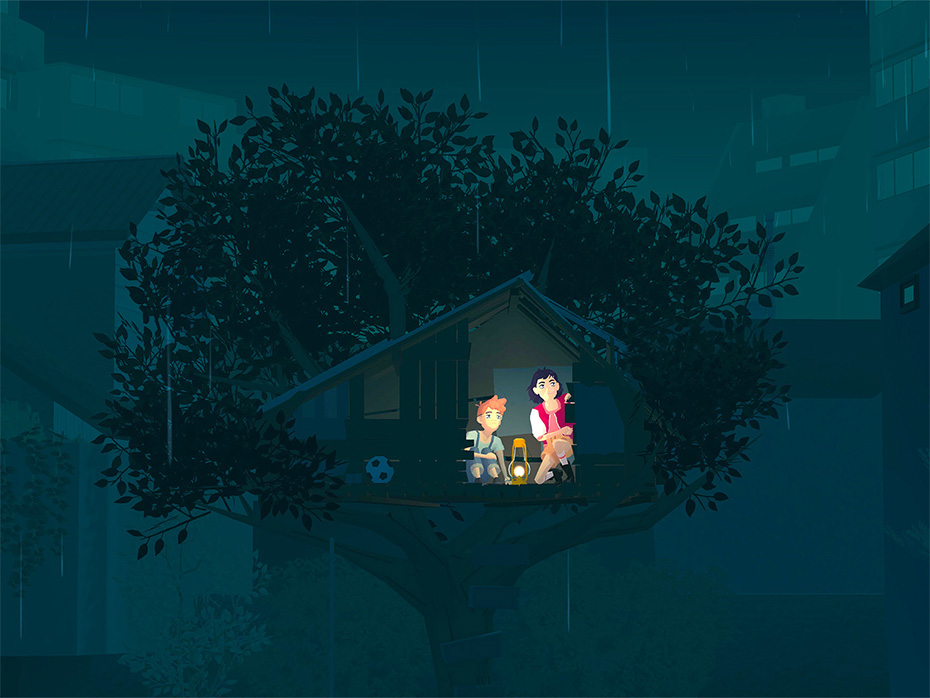 SH: What games have been the biggest inspirations to you from a narrative perspective?

BM: When I was young, I loved point-and-click adventure games and my two biggest inspirations in that genre were Full Throttle and Sam and Max. I love Vampire: The Masquerade – Bloodlines and have been heartily inspired by recent games like Gone Home, Journey, Her Story and Life is Strange. All have wonderful stories and characters and tell story in interesting, different ways.

BM: It's different every time! I go through a few steps to help me understand my role, the story and the team I'm working with. First, I figure out if I am helping the team tell a story they have created or if I am going to be creating the story. I discover everything that's been discussed and designed so far, which includes what's been built and whether the programmer has created a narrative system, the art direction and whether character models have been made and how the team describes their game. It is a puzzle-adventure? Exploratory? Fast-paced?

My personal approach is to listen to what everyone on the team finds important about the game and then find ways for the story to support that. I translate everything I've learned to a narrative design document that describes what we know so far about the characters, story, the game world, what the player can do and how this might fit into the story. If I am creating the story, I write profiles for the characters and draft an outline for how the story could unfold. Next, I ask the team for feedback and repeat. It's a very collaborative, iterative process.

SH: How did your company Burning Glass Creative come to be, and what are its goals?

BM: I love this question because the answer is that Burning Glass Creative started with breakfast! [Burning Glass Creative cofounder] Émilie Poissenot and I met through the game development community here in Melbourne. We discovered we are both writers so we went out for breakfast to work on our novels—and we never did any writing.

Instead, we started a company. It was clear we were both ready to grow and had similar skills. We both have done production work and where Émilie is a game designer, I am learning about game design as a budding narrative designer. For all our similarities, we are also different in the way we solve problems and create. Her years working in game development paired with my years in education means we have two unique perspectives and our skills build on one another's. It's what makes us a great team.

We founded Burning Glass Creative to allow us to apply these skills in a variety of creative industries like games and VR. We wanted to work with many creative teams and support people and projects we believe in.

SH: What was the inspiration behind The Gardens Between?

BM: I recall early on we decided to make a game that was easy to pick up for people who have never played games before. This means the game is calm, enjoyable and thoughtful, rather than a mad rush. The puzzles are not hard—they're delightful. They're about observation and discovery. Everyone on the team is passionate about telling a story about childhood and growing up that doesn't shy away from some hard truths. I wanted to tell a story about a boy and a girl who are friends—not sweethearts, siblings or enemies. It's something I rarely see in games.

The team at The Voxel Agents have been inspired by so many things— picture books, fairy tales, anime and other games. At its core, The Gardens Between is a surreal adventure-puzzle game about friendship, memories and growing up. It follows the story of Arina and Frendt who fall into a Wonderland-like world made up of gardens. Each garden represents a key moment in their friendship. As the player solves puzzles by manipulating time, they uncover these important memories and learn more about Arina and Frent and what they are facing together in the real world.

SH: There's no text or dialogue in The Gardens Between. How does that affect the way you tell your story?

BM: It was tough because there was no clear "thing" I was making for this game. My writing of character profiles, fiction and story world documents will never be seen by the players. But, they're essential for the team!

No text or dialogue means that I rely on everyone else to tell the story with the artwork, how the characters walk and so on. The best thing about it is I learned how to better communicate to other artists. I sketched on a notepad with our artist and listened to his ideas for the art direction, designed puzzles with the game designer, practiced level design and listened to the animator talk about how Arina and Frendt walk differently. All these things help tell the story and it is so fun to be a part of it all. 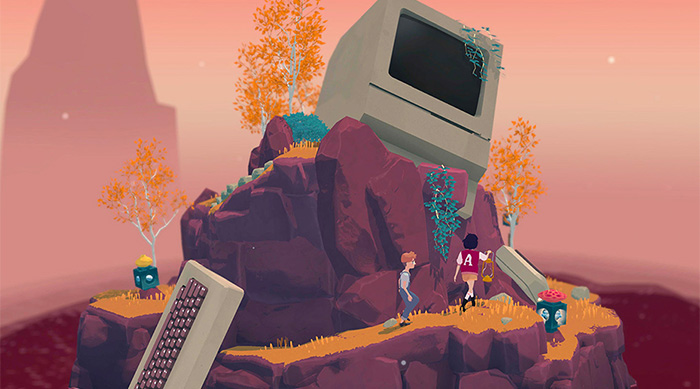 SH: What can you tell me about your other game project, Earthlight?

BM: Earthlight is a virtual reality game set at NASA's Neutral Buoyancy Lab and it follows the story of an Australian woman training to be an astronaut. I was brought on as a narrative designer to work with a script writer. We were to develop and propose a story for the team that would work with the puzzles they had created.

It was so great to work with another writer—we had a blast! We focused on working with the design team to make sure Earthlight has all the dialogue it needed to tell a story and to guide the player through the experience. I never imagined myself writing for virtual reality but having experience with games and playing games made me aware of the storytelling power of a 3D space that exists around the player.

SH: What advice to do you for anyone who wants to do the kind of work you do someday?

BM: To be a writer, for any medium, it's important to know the basics of spelling, grammar, editing and story structure. For games writers especially, make games if you can, with Twine or RPG Maker or even paper—you don't need a computer to make a game. Making games will give you a feel for the kinds of games you like. Play games, read books, watch films—it's all story. Be curious and listen to other people, as listening is an important skill for writing and for business.

When I began the transition from teacher to full-time writer, I was unsure of myself. I want to go back and say, "Listen Brooke, there isn't a right way to be a video game writer or a writer. There are so many different types of games and ways to tell stories with games, and we will pick up extra skills we need for each project." I think this advice applies to any kind of project or pursuit. You have to do you and it's worth the work to find out who you are, what you stand for and how you do your best work.

For a different perspective on narrative design, click HERE to read our interview with Ubisoft's Jolie Menzel.