While I've been a pretty serious connoisseur of ice cream in the past, I've never been the biggest ice cream sandwich fan.

I won't turn down ice cream sandwiched between a couple of chocolate chip cookies, but I find that the traditional sandwich of vanilla or Neapolitan ice cream between two soft chocolate-y wafers always turns into a mushy, gummy mess. Not only is the texture awful, but the taste isn't all that appealing, either.

My disdain for that American classic is exactly what drew me to Brother's Ice Cream's new brownie ice cream sandwiches. With brownies surrounding the sandwich, they looked like a more sophisticated (and tasty) take on the famous treat. The company reached out to see if I'd be interested in reviewing them, and I was more than happy to take them up on the offer.

Each treat consists of rich ice cream sandwiched between two thin brownies, and they're currently available in vanilla and mint chip flavors, and both clock in at under 200 calories per sandwich. Best of all, you can get your hands on them almost anywhere, as they'll soon be sold in Walmart towards throughout the U.S.

When I pulled the first vanilla brownie ice cream sandwich from its box, it was smaller than I expected, measuring out to be an approximately 3-inch x 3-inch square. This actually wound up being a pleasant surprise, as I find that a lot of ice cream sandwiches—delicious chocolate chip cookie sandwiches included—tend to overstay their welcome, and refreezing the half you couldn't eat just isn't the same as enjoying it fresh.

I opened up the clear plastic wrap, took my first bite and was delighted with the flavor and texture. The thin brownie was soft, but firm enough to hold its shape and had a rich chocolate-y flavor, which was helped by the generous addition of chocolate chunks. The vanilla ice cream was creamy and had a fudgy chocolate swirl throughout. Not only was it tasty, but the structurally sound brownie solved all of my ice cream sandwich woes, and even as I took the last bite, it hadn't grown too mushy.

Though the sandwich left a bit of a mess in its plastic wrap, my hands were completely clean at the end of my treat. It was just the right amount of sandwich, leaving me satisfied without the feeling of eating too much or having too much sugar. And at 170 calories for the entire sandwich, I felt I could enjoy it completely guilt-free. 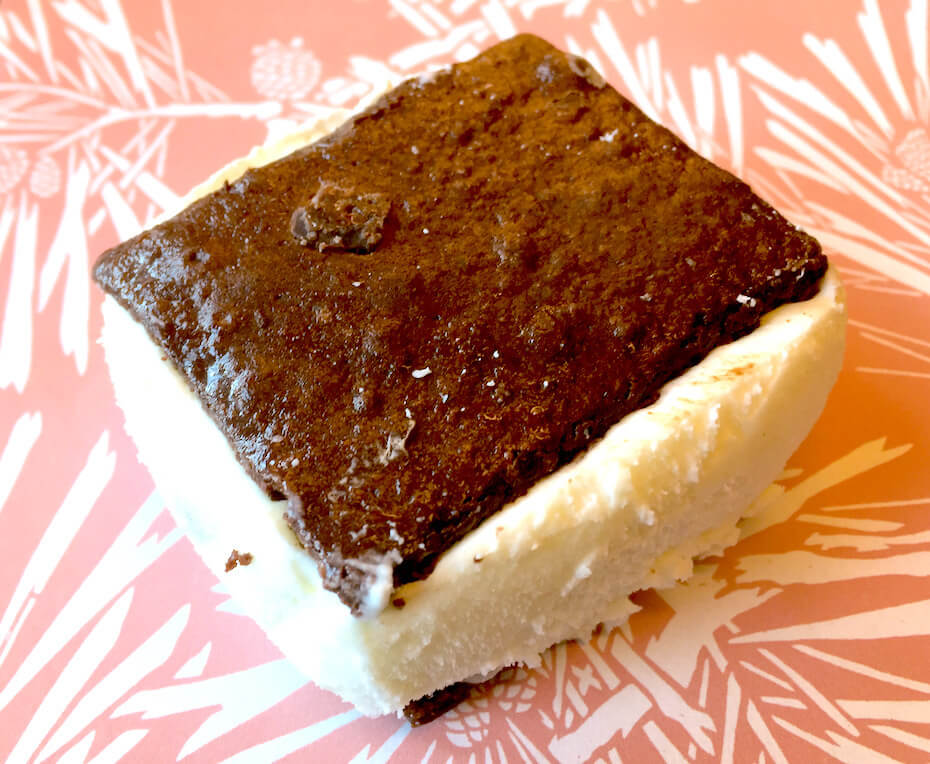 Next, it was time to try the mint chip version. Again, I found it to be the perfect size, and this time the brownie was somehow even more full of chocolate, and when paired with the delightfully minty ice cream loaded with thin slivers of even more chocolate, it was somehow more delicious than the last.

With the same great texture and feel of the other sandwich, it was irresistible to me. I love anything that combines mint and chocolate flavors, so I couldn't get enough of this sandwich, and these wound up disappearing from my freezer first. This one was a little bit more calorie-heavy at 190, but that's still extremely low for me when it comes to enjoying decadent desserts. It was basically a freebie! 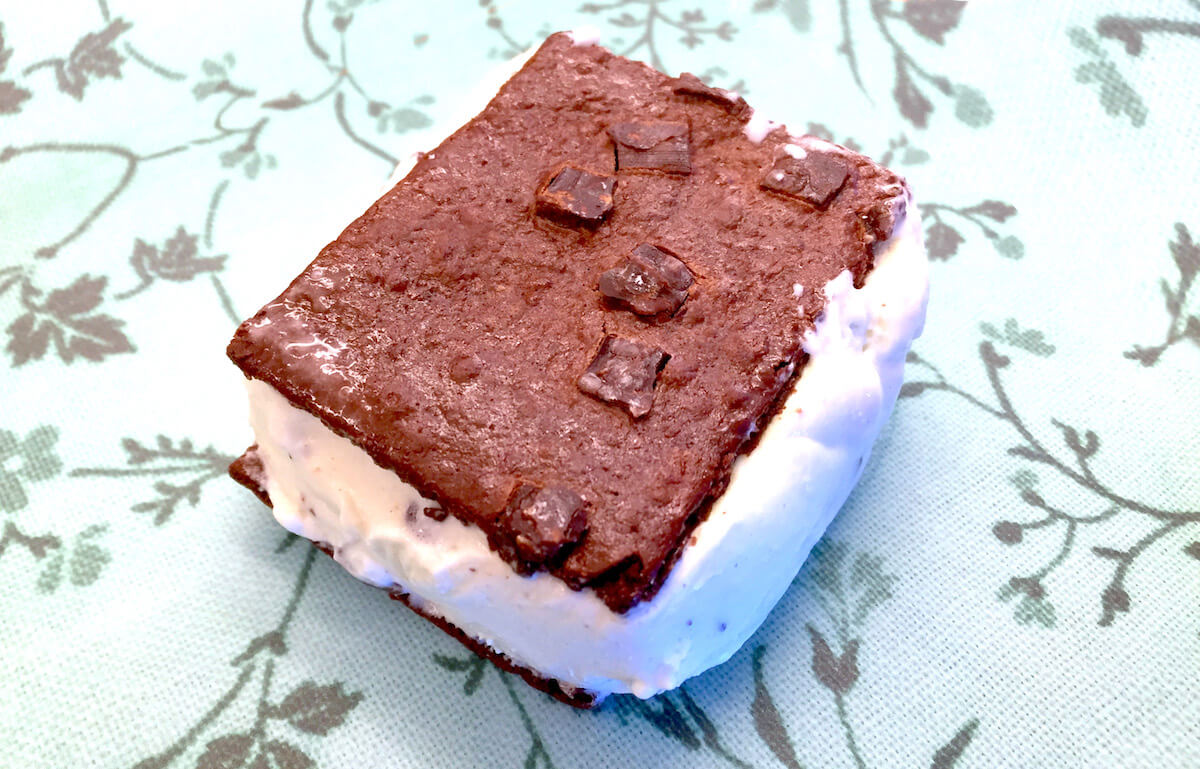 If you like brownies and you like ice cream, Brother's new brownie ice cream sandwiches are a match made in heaven. They improve on the standard ice cream sandwich in almost every way, making the dessert feel like a high-end splurge. As they'll soon be available at Walmart, they're super accessible, and they're really tasty, too.

Plus, the low-calorie factor makes them even harder to resist. If you're watching your calorie intake and have the choice between chugging a can of soda or enjoying a tasty ice cream sandwich, I'm not sure how you could make any other choice.

If you adore ice cream, click HERE for our definitive ranking of every one of Baskin Robbins' classic flavors.