Everything to Know About The Astronauts Actor Bryce Gheisar

As much as we adored Bryce Gheisar in the film Wonder and the Disney XD comedy series Walk the Prank, we think his latest series, The Astronauts, is our favorite yet.

The show premiered on Nickelodeon on Nov. 13, and follows five kids who find themselves trapped on a rocket hurtling through space. Each episode is packed with laughs, intrigue and adventure, and in the series, Bryce plays Elliot, a rich kid trying to break out of the shadow of his billionaire father.

Curious about Bryce, and what makes him a one-of-a-kind actor? Keep reading to discover everything you wanted to know about him. 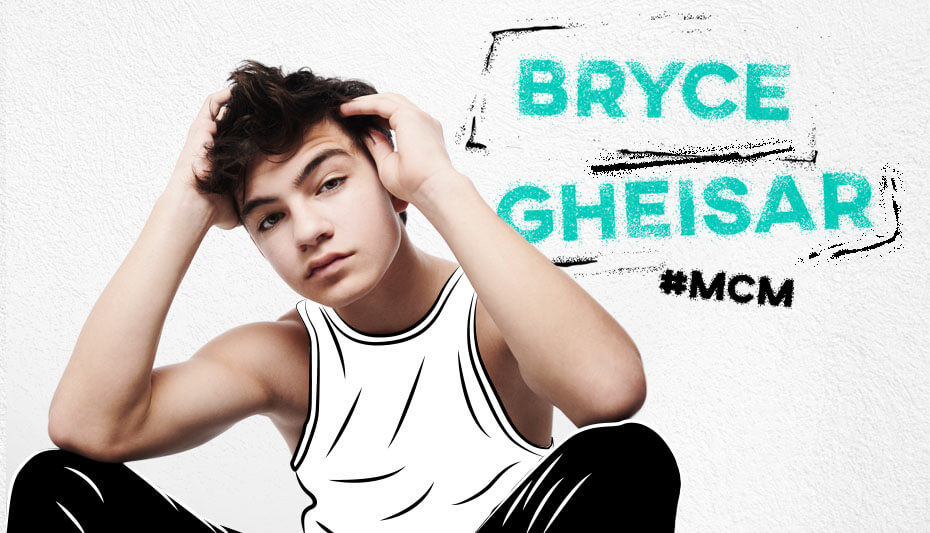 1. Bryce thinks this may surprise people—especially because he's best known for a show centered around pranks—but he doesn't have a favorite joke.

"I do like to joke around and have fun—just no favorite jokes!"

2. He has two dogs, Nala and Ginny, and a cat named Bailey.

"Nala is a Bichon/Poodle, Ginny is a Goldendoodle/Labradoodle. We aren't sure about Bailey. He is probably a grey domestic shorthair."

4. He's an unexpectedly good artist when it comes to drawing.

"Nothing fancy. Just pencil to paper."

"I've had many great ones, but probably the one that sticks out most in my mind is when I went to a school in Boston with a couple of my castmates from the movie Wonder. They had a Wonder fair where they taught the kids all about being kind. The fair was really cool and unlike anything I had been to before. All of the activities were focused on being kind and accepting others who may look or be different. It was a really cool experience."

7. The weirdest rumor he's heard about himself is that he's from Winnipeg, Canada.

"I filmed a movie there called A Dog's Purpose, and I guess people just assumed I was from there."

8. The shows he binge-watched most recently were The Boys and Cobra Kai.

9. He couldn't live without snacking on M&M's and Takis.

10. Bryce says his drive has been the key to his success.

"I am determined and motivated with anything I'm passionate about."

Can't get enough of Bryce? Click HERE to find out what he had to say about his Nickelodeon series, The Astronauts.