Our 5 Favorite Moments From BTS's Permission To Dance: Las Vegas

On Saturday, April 9, I got the chance to attend BTS's sold-out Permission To Dance: Las Vegas concert in Las Vegas.

As a long-time fan of the group, I was incredibly excited to get the chance to see them in person.  It was also very exciting to enter the venue and hear bops being played on the speakers, including music by Doja Cat, Katy Perry, and Sweety High's very own Jena Rose. Here were my favorite moments from my experience at Permission To Dance: Las Vegas.

It was so fun to meet and interact with fellow Army at the concert. Even though I went alone, the people in the seats next to me were very welcoming. I was even given an extra mask by an Army in the seat next to me when my strap broke—and she even helped me connect my lightstick to BTS' official lightstick app. Later on in the night, a group of friends banded together to catch my hat after it flew away in the wind. Towards the end of the concert, the members of BTS led the audience in an "Army bomb wave" where all of the attendees waved their lightsticks in a way that created a beautiful wave of light that moved across the stadium.

Also read about: Our 5 Favorite Moments From Grammys Weekend

Every now and then throughout the concert, BTS stopped the music to stand on stage and deliver their thoughts. This was a time when you can really see the members' personalities, and it made it so surreal that the seven of them were standing right before me. Besides, who wouldn't want to hear J-Hope's signature "I'm your hope. You're my hope. I'm J-Hope." tagline in person?

During BTS's performance of "Telepathy," the band's members divided into wheeled yellow carts and rode around the stadium, bringing them closer to audience members who aren't as close to the stage. During this time, Army got the chance to see BTS even closer than before and snap the best pictures and videos.

BTS's sense of style is definitely worth taking note of. Each outfit the members wore was perfect for the mood of the performances. From colorful and vibrant streetwear for "Butter" to monochromatic black formal wear for the ballet-inspired "Black Swan," BTS' versatility shone through in every clothing choice and movement.

Of course, the best part of the concert was the awesome performances. My personal favorite BTS song, "Home," was included in the setlist, which was incredibly fun for me and I was delightfully surprised. BTS soared through every performance with fantastic stage presence and the members pulling the entire audience in with each and every song. 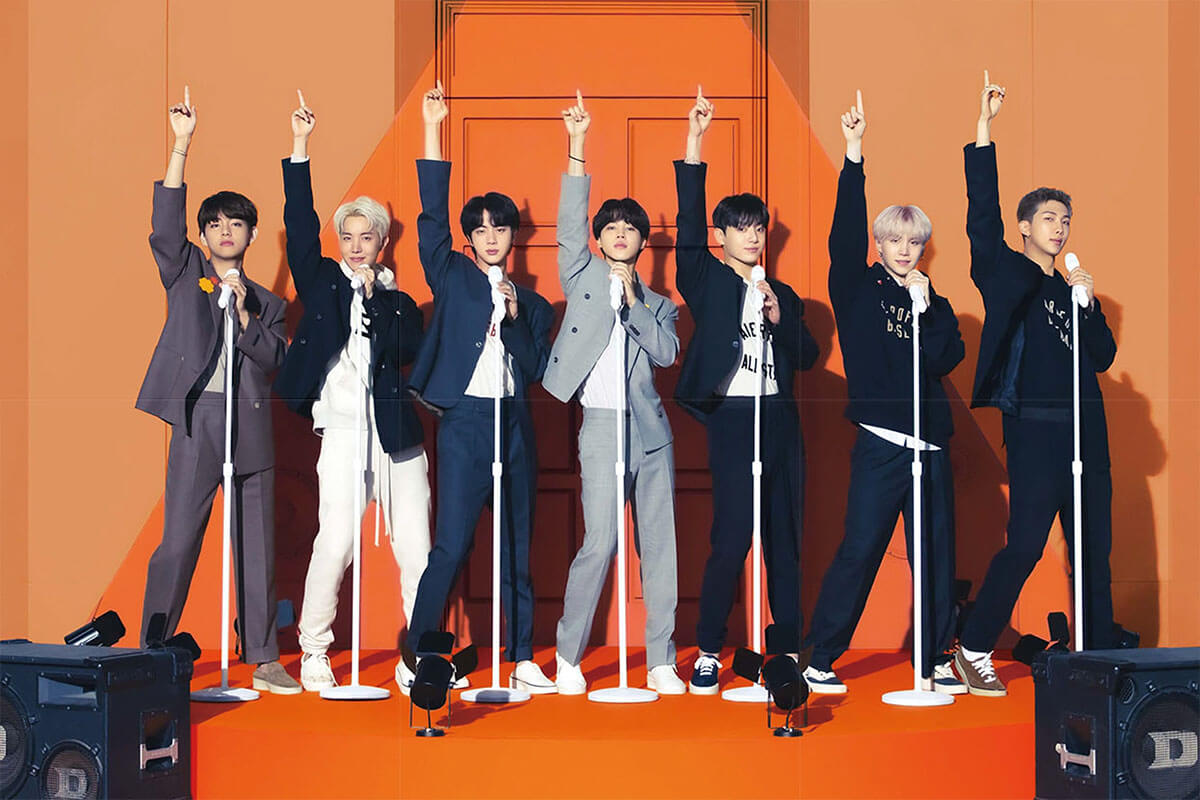 I had a great time at the concert and it was an incredible experience to see BTS perform and meet fellow Army. I hope to see the members in concert again one day and I look forward to more of BTS' music and performances in the future.

Can't get enough of K-pop? Click HERE to read our interview with NCT 127's JOHNNY Dishes on his favorite moments from Johnny's Communication Center.