Would You Eat This Protein Bar Made of Bugs? We Have—and It's Not Half Bad

Just because we can't get up to many real-life adventures right now doesn't mean that we can't be adventurous in other ways—and that includes what we eat.

I, for one, am all for trying new things, and cricket flour as a protein source is certainly a new idea to many people. I was more than happy to try cricket chips when my colleague Dahvi brought them into the office a few tears back, and when the folks at Bug Out Bar reached out to me to try their cricket-based protein bars, I couldn't resist.

Bug Out Bar specializes in protein bars packed with the nutrition of cricket flour. That might sound weird, or gross, but like it or not, cricket-derived proteins are amazing for the environment and for people. Plus, it's easy to hide them in plain sight within tasty treats.

Not only does getting protein from crickets produce less greenhouse gas than deriving it from meat, poultry or fish, but it also requires less water, feed and land, while being much denser in nutrients. Bug Out Bar capitalizes on this by making a cricket bar full of natural protein, as well as Vitamin B12, iron, omega-3s, calcium and potassium.

Their 270-calorie, 2.19 oz. bars contain 15 grams of protein and just 14 net carbs while also being free of soy, grains and palm oil. They currently come in one flavor, Chocolate Brownie, and are available in a 12-pack for $34.99 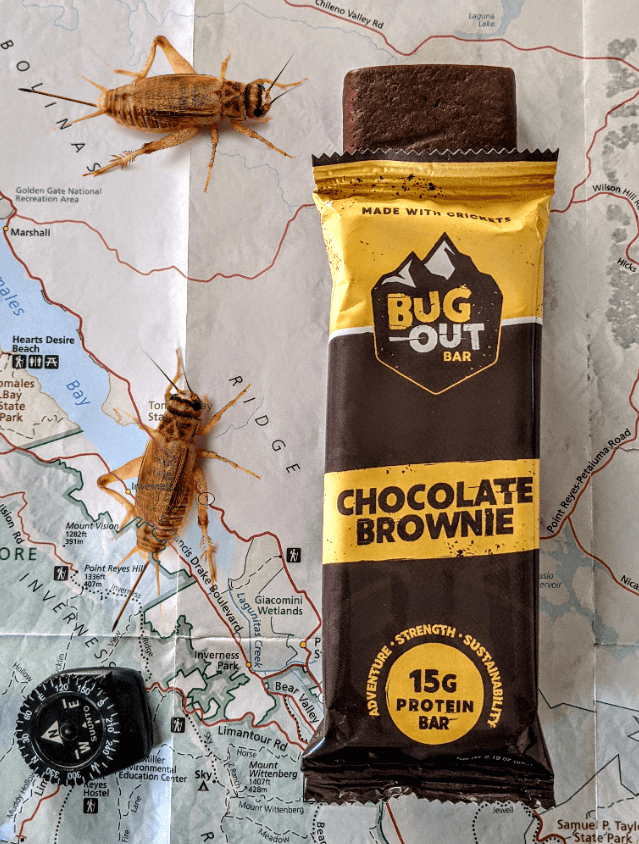 (via Bug Out Bar)

I'm always a little hesitant before I take a bite out of something bug-based, so when I forced myself to nibble on Bug Out Bar's cricket brownie, I didn't rush myself. Eventually, I summoned the courage to dig in, and immediately wondered what I'd been so worried about. It didn't taste weird at all. In fact, it was basically your average chocolate protein bar. 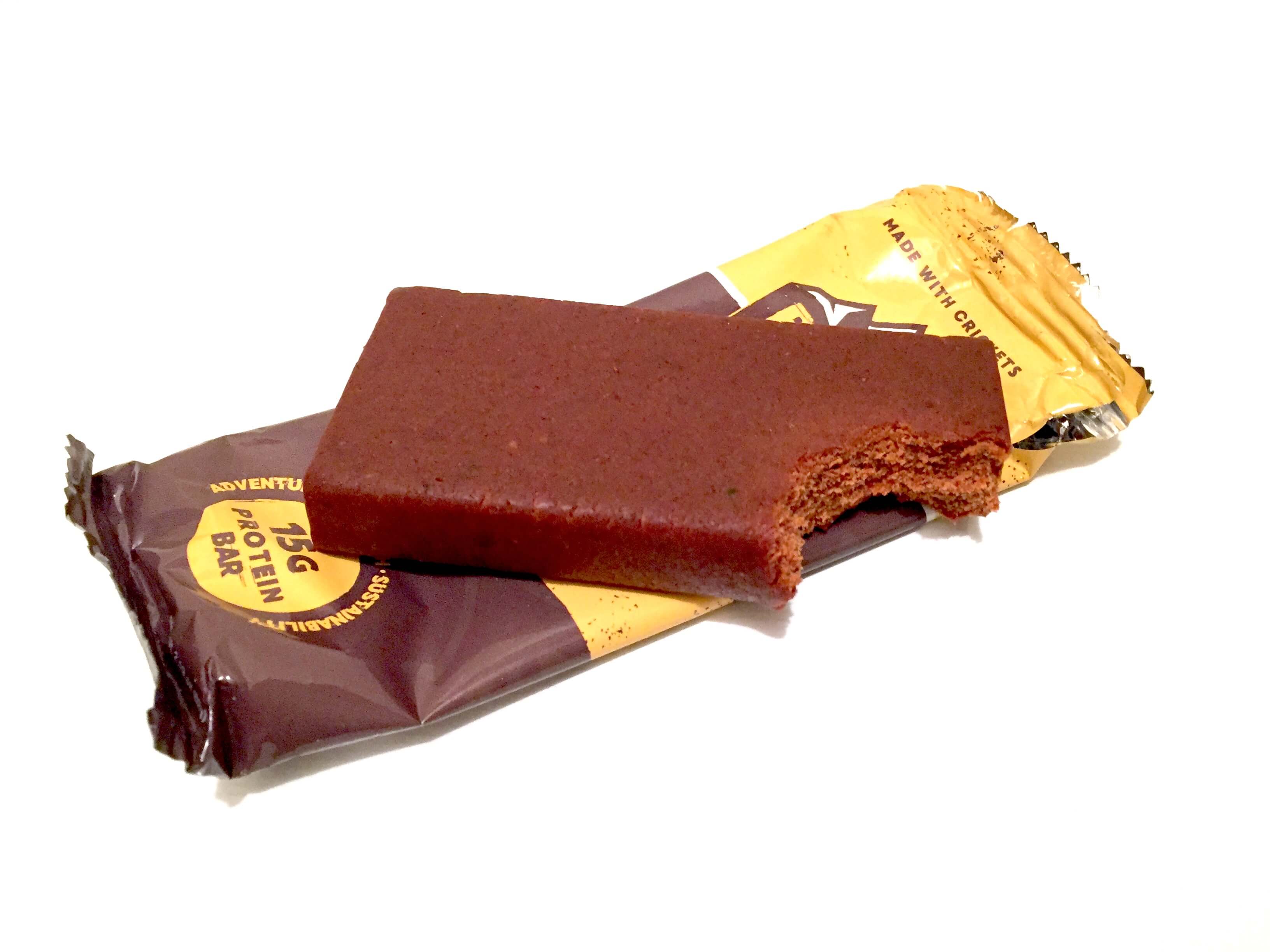 If I were to have it in a blind taste test, I would never guess a cricket protein blend was the second ingredient—and I hate to break it to you, but the FDA allows certain amounts of insect parts in everyday foods anyway, so you've likely eaten bugs without even knowing it.

And when I say it tastes like a typical chocolate protein bar, I don't mean it's fudgy and scrumptious like a chocolate cake. It has that kind of tart protein bar taste, which works well with the chocolate flavor. Like other bars, it can also be a little bit dry and chalky. That means this isn't my go-to when I want something that'll satisfy a chocolate craving.

Even so, it's far from the driest chocolate protein bar I've had in the past. They're extremely filling and satisfying, to the point where a lot of the time, I don't even feel the need to eat a full bar. Since I know they have lots of nutrients, I turn to Bug Out Bar when I know I need something in my stomach but don't feel like having much, or don't have a lot of time to eat before a morning Zoom meeting.

Whether you like Bug Out Bar or not will probably be up to your personal tastes—and especially whether you're daring enough to work through any squeamishness about eating crickets. I've had much worse protein bars in my life, and I like that they're satiating and nutrient-rich, on top of having a nice chocolate flavor.

At a little under $3 per bar, they're also pricier than the typical protein treat (unless you're buying them piecemeal from a convenience store), but there's a premium for products that are novel and good for the world at large. However, they can also apparently trigger allergies in people who are allergic to shellfish, so if that's you, I'd steer clear.

Personally, I've thrilled to still have a small stash of Bug Out Bars to snack on whenever I need a quick, wholesome bite. Unless you might have an allergy, I think it's worth trying at least once—even if it's just to say that you were brave enough to do it. 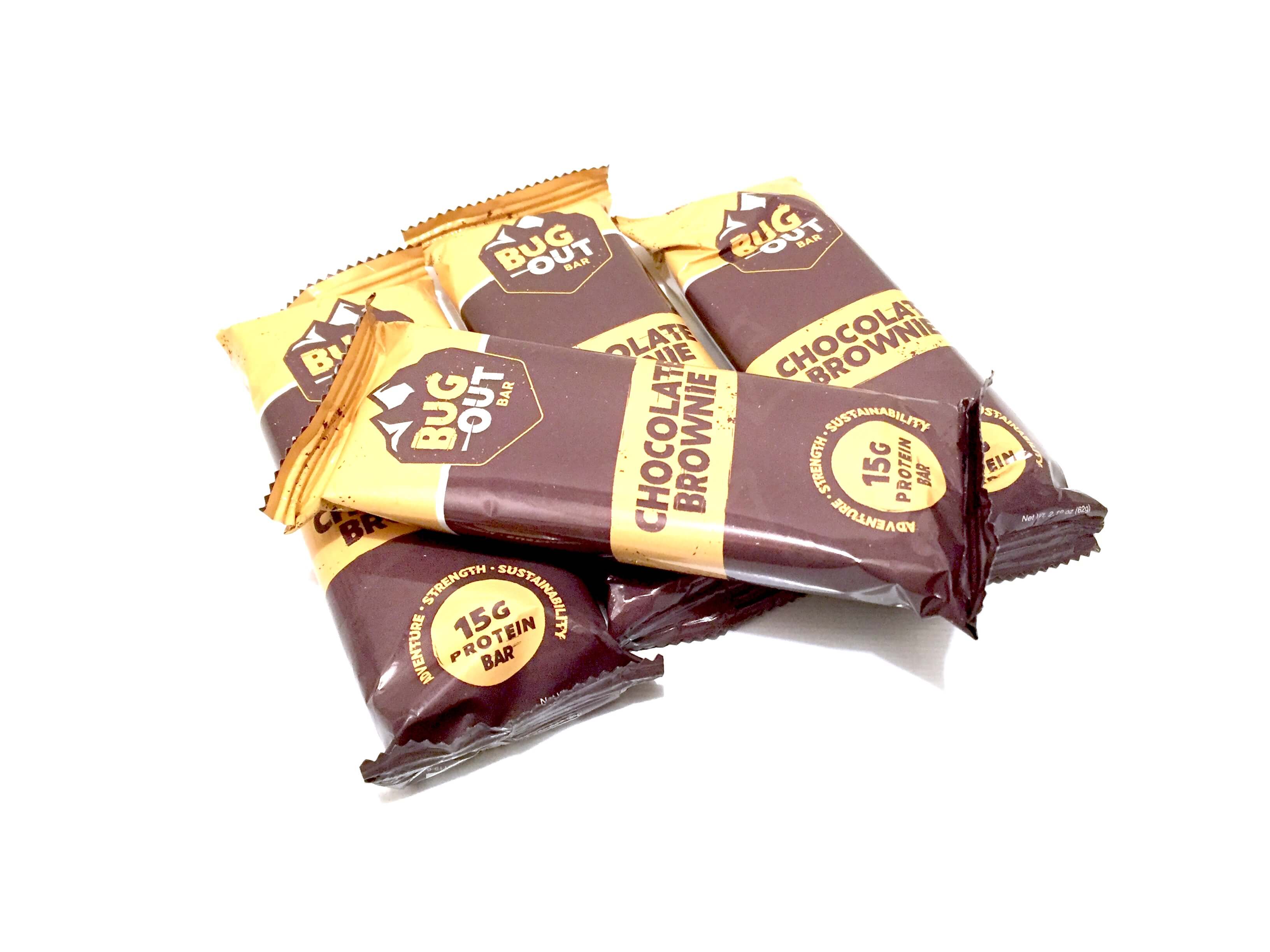 Think this sounds weird? Click HERE to find out what happened when one of our writers made homemade cricket cookies.