Everything to Know About Byte, Which Could Become Your New TikTok

Last month, as TikTokers (preemptively) bid adieu to the app of the pandemic, everyone scurried around the web trying to find the next attention-grabbing video resource that could occupy their time for hours on end.

Thankfully, TikTok did not go under *breathes huge sigh of relief*, but it did get us to do a little digging. Among our discoveries was a much lesser-known app called Byte. And while it really doesn't hold a candle to our beloved former musical.ly, it's still worth having on your radar in case things really do go south for our fave app.

Keep reading for everything you need to know about Byte, which could become your new TikTok.

1. It Was Created By the Founder of Vine

By now, you're probably familiar with Vine, the former six-seconds-long video-sharing app that launched the careers of everyone from Logan and Jake Paul, to Lele Pons, Cameron Dallas, Shawn Mendes and so many more. The once-popular platform went under in 2016, but it wasn't the end for its founder, Dom Hofmann, who launched Byte in Jan. 2020.

2. Bytes Are Much Less Glam Than TikToks

Byte is much less manicured than the carefully shot and edited works of art you'll see on TikTok. Chic "What I eat in a day" or "This is my day in L.A." vlogs are no such thing on Byte. The lighting is often poor in Byte videos and people aren't dressed to impress.

3. People Reference TikTok a Lot on the App

There's no secret that Byters (yes, that's what they're called) will gain some comparisons to TikTokers. Byte's users often mention how they either feel less judged on their app or how Byte is dead and only picked up traction when everyone thought TikTok was going under.

4. Byte Lacks the Energy and Finesse of TikTok

Keeping it real here, TikTok feels like a blockbuster and Byte feels like a B-movie. When you log into Byte, the layout feels dated and underwhelming. And the users support that energy. TikTok stimulates you and keeps you scrolling for more, whereas Byte just doesn't have that same effect. If we were back in 2012 when Vine launched and video-sharing apps were a foreign concept, then we can potentially see the draw. But almost 10 years later, it doesn't seem this app has adapted to the times.

5. It's a Safe Space for the LGBTQ+ Community

While of course TikTok has a huge LGBTQ+ community on its app, there's still a lot of competition within the space. Whereas, on Byte, it seems people can post whatever they want and are much less worried about video views and followers. It feels like an anything-goes space where they can let their innermost thoughts run free without judgment.

6. Byte Is the Anti-Famous App

If you want to see your favorite YouTuber do the splits to the "WAP" song, TikTok is your answer. But if you simply want a reprieve from anyone famous or clout-chasing, Byte is your answer. The most notable person we've seen listed on the app is Finneas, but he hasn't updated since the end of January, so we're going to go on a hunch here and say you probably won't encounter his content as you scroll. Byte is a seemingly safe space to post as you please without worrying about your arch-nemesis stumbling upon your account on a "For You" type of page. In fact, the app doesn't even boast an active Instagram. That's how little it cares about recognition! 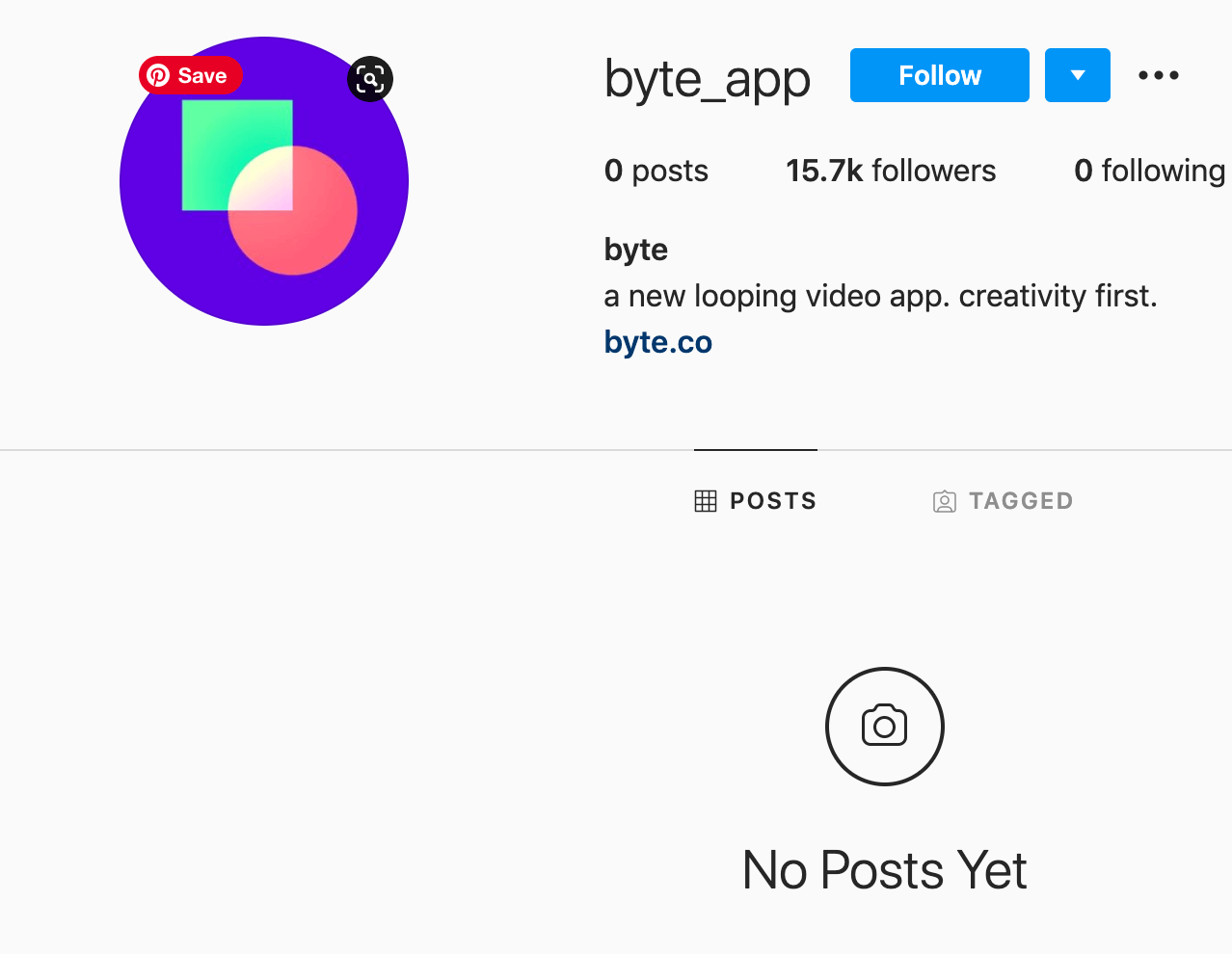 Now that you've read our thoughts about Byte, HERE's our first impression of TikTok when we joined a couple months ago.