In recent years, 19-year-old Caden Conrique has made quite the name for himself as both an actor and a social media sensation with a formidable online presence.

He first came onto our radar as one of the stars of Chicken Girls, and quickly managed to become a massive influencer thanks to his charm and incredible content. With more than a million followers on Instagram, and another million more on TikTok, he's a force who's here to stay—and here's everything you ever wanted to know about Caden, in his own words. 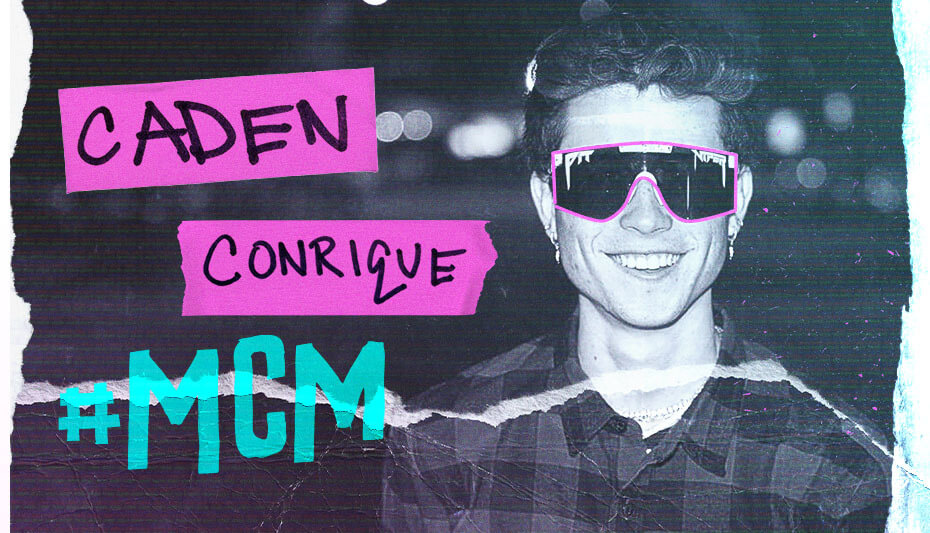 1. Caden has quite a few pets.

"I have a chihuahua named Layla. She was a rescue purchased through an animal rescue and she is around 4 years old. My cat is named Roper. We got her while at a high school rodeo with my sister Taylor Shaw. She is about 9 years old. We also have a paint horse named Willow. She is 12 years old."

2. His animals are also the one thing that never fail to make him smile.

"No matter what mood I am in, they are always happy to see me."

3. His favorite Disney villain is Scar from The Lion King.

"But if I had to choose one, it would be Marvel. I prefer the characters of the Marvel franchise."

5. His favorite dessert in the world is the Pizookie from BJ's Restaurant and Brewhouse.

6. He says his biggest quirk is that he chews his nails.

7. He loves cheese, pepperoni and bacon on his pizza.

8. He wishes he would have learned earlier to never give up on himself.

10. What would Caden do if he weren't doing the job he is today?

"If I was not pursuing my acting and creator dreams, I would want to be a professional gamer—one who makes money doing it."

11. He has two sisters. Dylan Conrique is his younger sister, while Taylor Shaw is his big sister.

12. Caden says that most of all, he wants fans to know he's a pretty funny guy.

"I laugh a lot and know that I tend to be more serious on socials than I actually am. I love my friends and family."

Love the whole Conrique family? Click HERE to read our interview with Caden's sister, Dylan, on her single "After All."