Everything You Should Know About 'Forever With You' Singer Caelan Moriarty

The singer is best known for being a member of the Japanese boy band Intersection, but he's also been making quite the name for himself on his own. In October, he debuted his first solo single, "Forever With You" which is available now on all platforms. From winning the grand prize in the idol category at 2021's Instyle Icon Awards to becoming one of the faces of Fenty Beauty, this has definitely been Caelan's year.

But we happen to think Caelan is just getting started, so keep reading to find out why we think he was the perfect choice to be our Man Crush Monday this week. 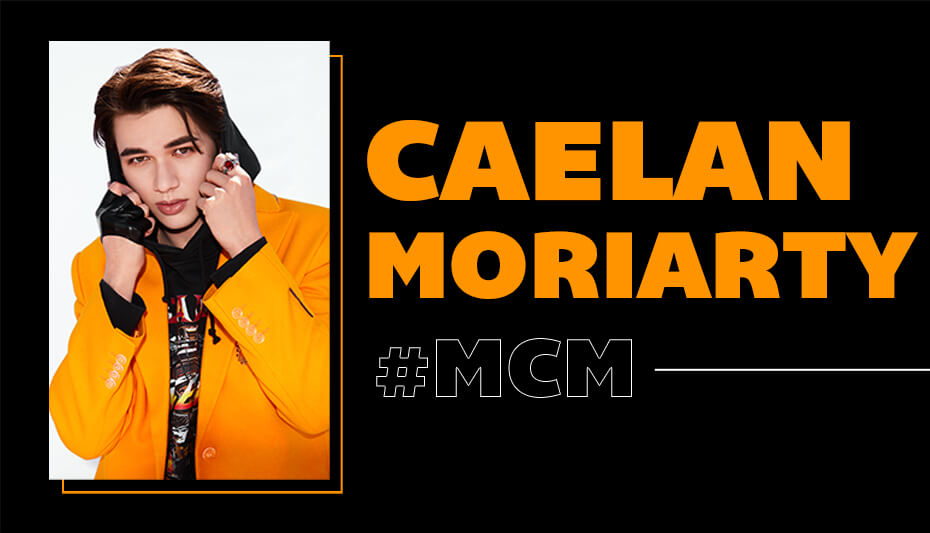 1. Caelan is obsessed with shoes.

"I used to be a huge sneakerhead, and I still dream to have a collaboration with a brand to create my own shoe. When I was 15, I sent a design on a new shoe to a brand that I hoped could create it, but my expectations weren't high as I figured they would probably never see the email. Surprisingly, the company reached back to me, but they didn't help make my creation come to reality."

2. He's an athlete who competed in swim teams when he was younger.

"From elementary to middle school, I swam for a local swim team in Hawaii, then when I got to high school I swam on the varsity swim team for my school. I'd say I've made many memories during my swimming years but I will never forget how stressful it was for me to balance swimming with school while also having to constantly go up to Tokyo for my works with INTERSECTION."

"When I was younger, I also played a lot of golf. Every weekend when I lived in Hawaii, I would play on the golf course and practice at the driving range with my friends. I'd hope to play more golf when I am retired and old."

4. Dogs are his favorite animals, but monkeys also hold a special place in his heart.

"I like a lot of animals, but dogs always have a special place in my heart. It's funny that my fans call me monkey when I actually used to love monkeys. There was a funny incident that occurred at the zoo with my family where I was making monkey noises at the monkey exhibition, then one of the monkeys threw their feces towards us. My family and I were lucky enough to dodge it but it was so funny that this memory became something that I will forever cherish when I think about monkeys."

5. He says he's constantly on his phone watching videos and texting friends.

7. He has a Cavalier King Charles Spaniel named Bonus.

"Two years ago, I used to have a baby hamster named Gizmo. However he passed away after a year. Before Bonus, I also had another Cavalier King Charles Spaniel named Rocky. Rocky was my first pet ever, so he holds a special place in my heart, but I would say I got to watch and raise Bonus from when he was just a puppy, so he is also very very very special to me."

8. Lately, he hasn't been able to take "Way Bigger" by Don Toliver and "Move Up" by Oscar Wang the hip-hop lover off repeat.

"I learned break dancing for a year, but I stopped learning because the traveling distance from my house to the lesson was too far and it was really affecting my sleep."

10. He believes his experiences have made him stronger.

"I would say that even with bad experiences, I've learned from these scars and have accepted that these scars essential for me to grow mentally stronger. I just want fans to know that I understand times can be stressful, and things may seem uneasy, but I hope they can still keep fighting and keep holding onto hope as it all will lead to something great. Greatness doesn't just appear in one's hands. It follows hard work and willingness to fight through no matter what kind of pain may occur."

Obsessed with discovering new music? Click HERE to find out why we made Issam Alnajjar our last Man Crush Monday.