If you're a Harry Potter fanatic, we're guessing you have plenty of replica props from the film, including a wand or two.

But wouldn't it be nice if you could have a wand of your very own, handmade for you and only you? Thanks to brother and sister Meredith and Oliver Daniel, your dream can become a reality. 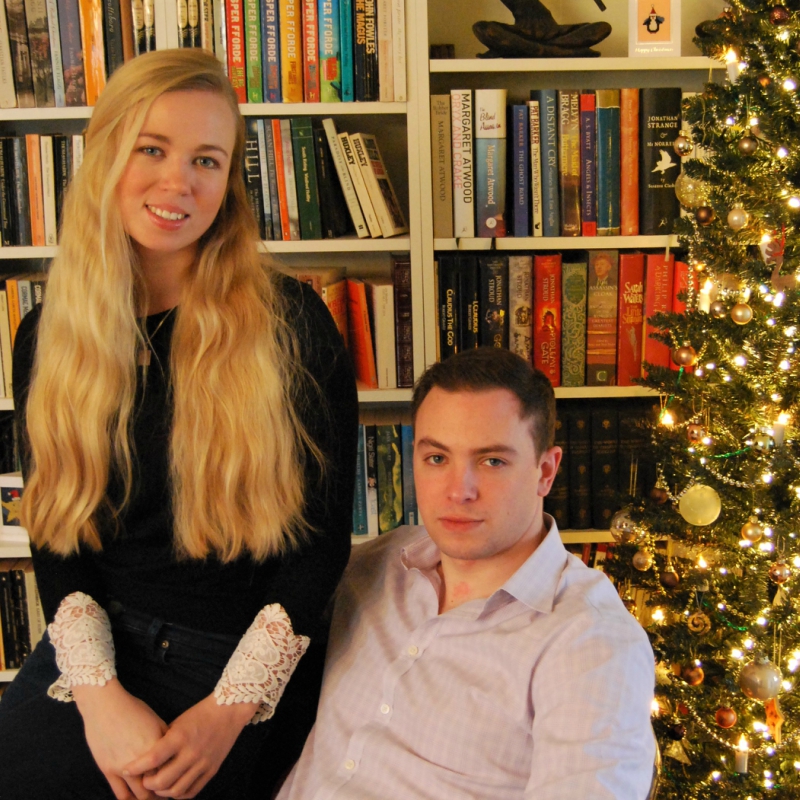 We chatted with Meredith and Oliver to learn more about how they decided to become wandmakers, their favorite wands they've made and which HP character's wand they'd love to fabricate.

Keep scrolling to see what they had to say!

Sweety High: What inspired you to create custom-made wands?

Oliver Daniel: This came about from my sister's love of the Harry Potter books. Being of the original Harry Potter generation, I had read and enjoyed them as they came out, but my sister was on another level. She was one of the children who would take a cheeky day off school to read the books the whole way through on the day they came out. I got the idea when I bought her a film prop replica for her birthday and realized it missed the point. They're great collector's items for film enthusiasts, but to the two of us, a wand should be something unique and individual to a person, something that is an expression of them. You can never achieve that by buying a replica of someone else's wand. The way I saw it, the only solution was to make one myself.

SH: Were you self-taught in working with wood, or did you go to school for this?

OD: We're both completely self-taught in everything we do. For me, a great deal of the pleasure in doing what we do is coming up with solutions to the challenges that our customers constantly present us with, and I think this is much easier to do when you aren't influenced by anyone else's opinion of how something should be done. I've always liked a challenge, and a few of my fingers are slightly shorter as a result, but I'm very proud of what we've learned over the years we've been doing this. 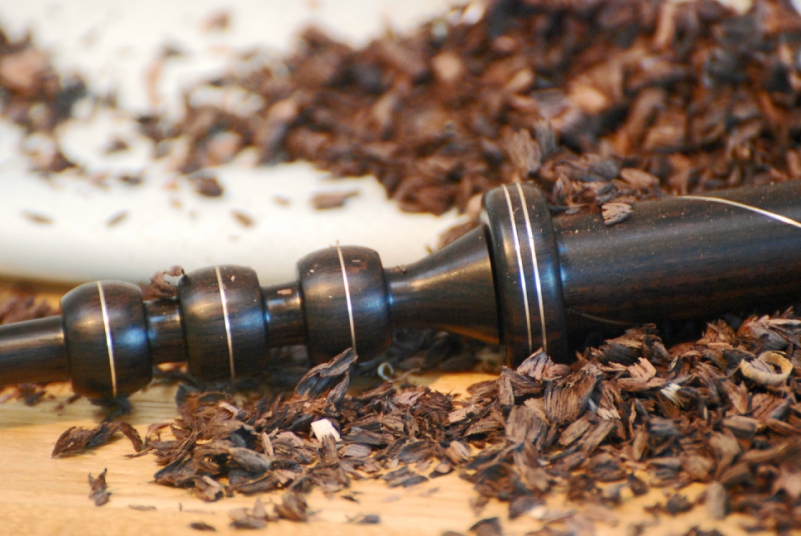 SH: Can you tell us what "bespoke" means to you?

OD: For us, it's simple: It's something that is exactly as you want it, made for you from scratch. There are a lot of personalized and customized products out there, modified versions of a stock item, but we wanted to offer something truly made to order so we could start with a blank slate on every product.

SH: How long does it take to craft each wand? What's the most difficult part about making wands?

OD: This varies hugely: Our simpler pre-made wands usually take a number of hours, but some of our more complex bespoke wands have taken several days of continuous work. The hardest part is my perfectionism. The nature of wood is that if you make a mistake, it's difficult to correct—you can only remove material, you can't really add it without ruining the aesthetic, and even removing it isn't easy when you're dealing with a fragile piece that is, in places, only millimeters thick. Several times I've had to essentially write off hours of work and start from scratch because I'm never going to be happy unless I can say every piece is as good as I can make it.

Meredith Daniel: The wand cores are very variable in the time it takes to create them. The cores have a very narrow diameter, so the key challenge is ensuring that they don't contain air bubbles. The look of our cores is very important to us and we treat them like bespoke pieces of jewelry, making sure that the items are suspended perfectly in the resin to create an amazing look. 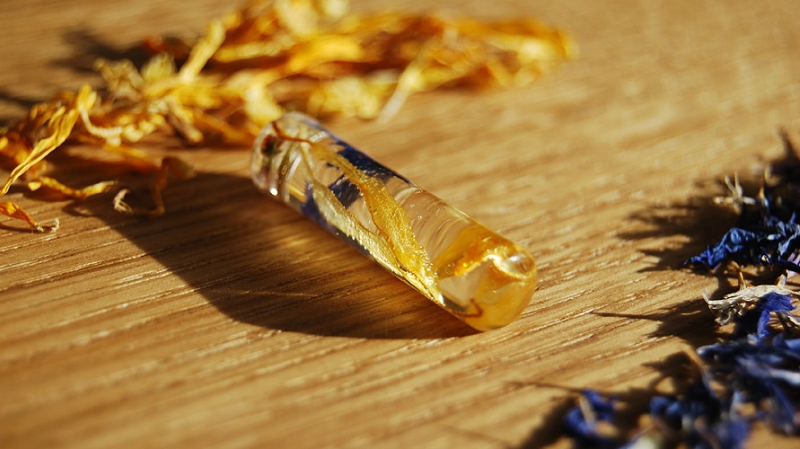 SH: Is there a favorite wand you've made? Or even a memorable story behind one of the wands you've crafted?

MD: The stories behind our customers' wands are always fascinating. We always hoped when we started out that we would have the opportunity to create items with real meaning to people, and I think we've both been surprised by how open many customers have been in revealing the story behind their request. The individual stories that our customers share with us are private, but those wands created in memory of loved ones are always the most touching to design and make.

SH: How do you decide which core goes into a wand? Do you have a favorite core?

MD: For our pre-made wands, it's a combination of what looks best in contrast with the wood and what just sort of feels right, given the style of the wand. For bespoke wands, the material for the core is arrived at through discussion with the customer, so they usually have a lot of input on that front, although sometimes we do just get free rein to create something really different.

My favorite core is a Niffler core inspired by the new Fantastic Beasts film. It has gold leaf in it, which looks great. We also did some very simple autumn leaves cores earlier in the year which, while they didn't have anything particularly exotic in them, they just looked really good with the rich autumnal colors. I always love the challenge of creating a story inside a core, which is only 8 millimeters wide. Recently, I've been working on a range of cores with potion vials inside them, which means that when you shake the cores, the liquid inside them moves. 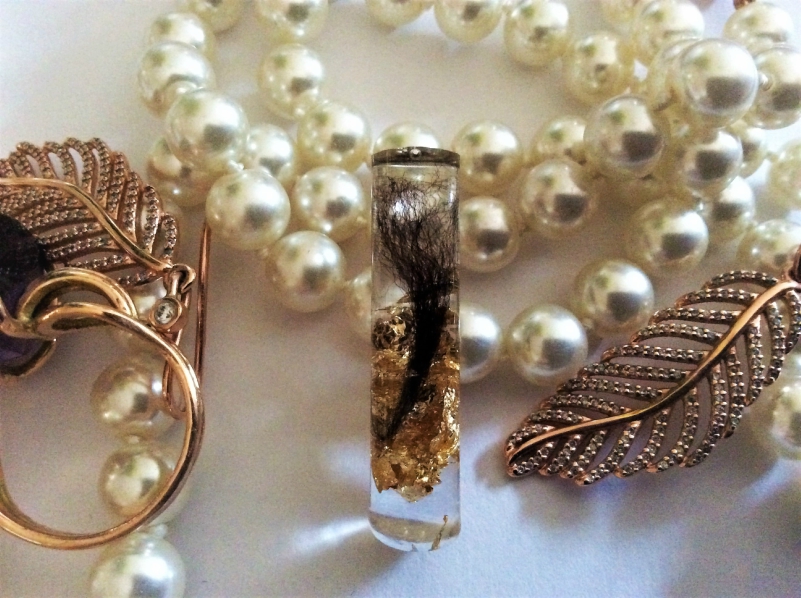 SH: How difficult is it to sort of pair someone's personality to a wand?

MD: It's a knack we've learned. When we make a bespoke wand, we speak to the customer several times throughout the process about what they're trying to achieve, which gives us a good idea of what is important to them and what motivates them. These days we know the kind of feel that certain features and designs will give to the finished piece, so there have been times when we've had to give a customer a bit of a heads-up that certain details they've specified won't really fit the overall brief they've given us. We always want to work with a customer to make something that actually achieves what they want it to.

Sometimes, particularly when a wand is a gift for someone else, customers have been pretty honest with us in admitting they don't really know what the person will actually like. In these situations we can either take the approach of designing something that we really like ourselves, or go for the safer option and offer a gift voucher.

SH: If you could make a wand for any Harry Potter actor, who would it be and what would their wand look like?

MD: It would have to be Alan Rickman. I think he's one of only a few actors in the Harry Potter films who just absolutely nailed their character to the point where no one else could possibly have done it better. Not to mention his incredible performances across a wide ranging career.

For him, I think a wand of two contrasting woods (maybe an ebony handle with an ash wand) would reflect the adaptability he displayed in his acting career—and while I never met him, and would never presume to say I knew a great deal about him as a man, I'd like to think the core would in some way reflect his genuinely humble beginning in life. We have been working with phosphorescent pigments in cores recently which mean that when they are charged with light, the cores glow in the dark. Using a blue pigment allows us to create an effect similar to the Pensieve and we can then place photos inside to look like memories. I think that photos spanning his relationship with his wife would have been a lovely way of combining his personal life, as well as a nod to Harry Potter and his acting career. 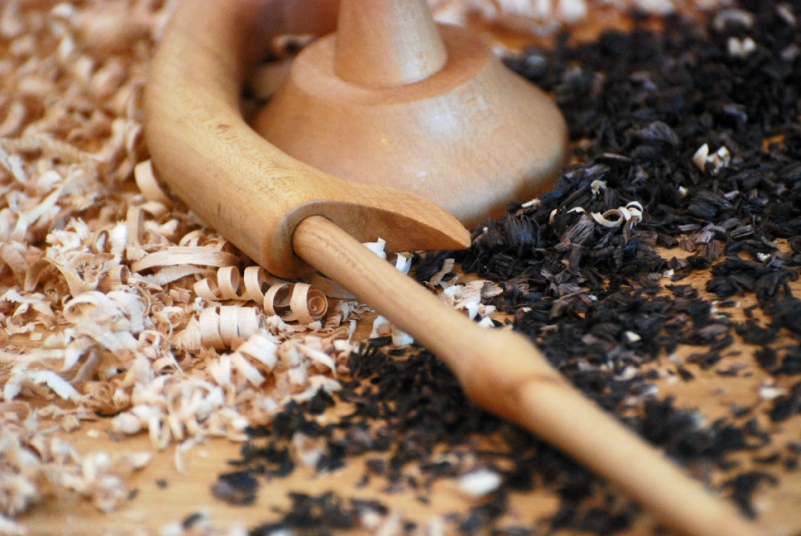 SH: Do you have a favorite Harry Potter wand?

OD: I like the story behind the Elder Wand. The idea of a feared and coveted wand passing in and out of legend through the ages has appeal, and there aren't actually many other wands in the story that have much personality in their own right. There are plenty that look pretty cool, but there has to be more to it than that. I also find it funny to think that this legendarily powerful magical item meets a pretty ignominious end, being snapped in half and thrown off a bridge by three teenagers.

MD: My favorite wand is Luna's wand. This is partially because I love the idea of Ollivander making it especially for her after their time together in the Malfoy's dungeon, but also because so little is known about it. There is something about that mystery that makes her wand so beautifully personal.

SH: If you weren't crafting wands, is there something else you'd love to be doing?

OD: Strange, though it may seem, I'd probably be working on cars. While it might sound totally different, I've always thought that a car is another one of those things that is more than the sum of its parts. They grow to have a personality and to mean something to you to the point of defying all logic that no one else would even begin to understand. That individuality has great appeal.

MD: The thing that I love about making the wands is the challenge of taking someone's ideas and brainstorming ways of making them real. This is especially the case when it comes to making core items which only exist in the fantasy world. I would love to be doing anything that involves that level of problem solving and working with others.

Because you're probably a pretty big HP fan, you should head over HERE to get a behind-the-scenes look at the Harry Potter and Fantastic Beasts exhibit on our Warner Bros. Studio tour.