Here's Everything to Know About Singer-Songwriter, Producer and TikTok Sensation Camylio

TikTok is good for a lot of things, but our very favorite function of the multi-faceted app has to be that it introduces us to incredible musical artists we would have never discovered otherwise.

Case in point, 20-year-old Camylio. The New York-based singer-songwriter and producer has one of the most soulful voices out there, earning him a whopping 3 million TikTok fans in the lead-up to his debut single. The track, titled "love & hate," released earlier this month, serving as a painful yet relatable ode to the heartbreak of holding on to a relationship, and all of the music you shared that feels like it'll never be the same.

We think this is only the beginning of one spectacular music career, and we can't wait to see what's next in store for him. Just as excited as we are about Camylio? Keep reading to discover everything we learned about him as our latest Man Crush Monday. 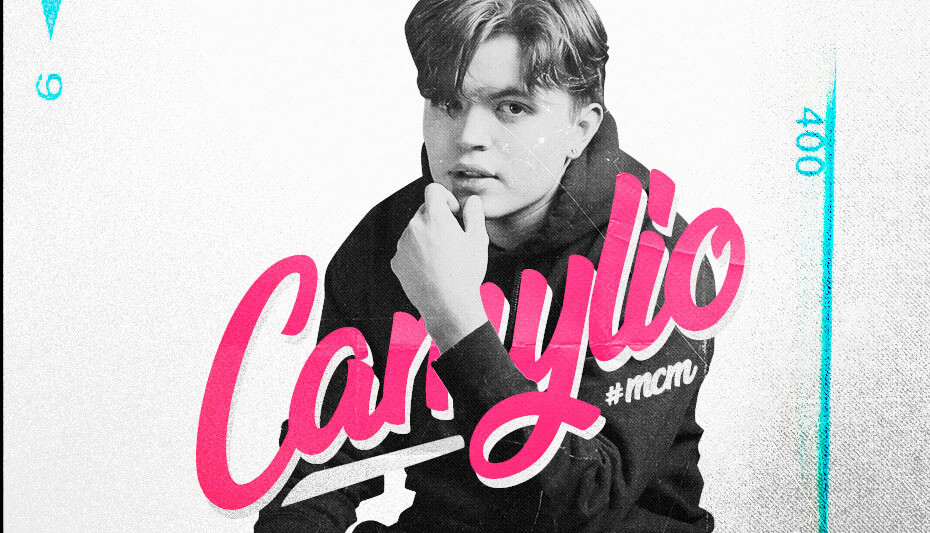 "But like not just a single cup or even two, I run on the stuff. Honestly, I've been trying to cut back but I'll never say no to a cup of coffee even if it's cup number five for the day. Coffee at night hits different too."

2. He's the youngest child in the family, with three older sisters and an older brother.

"I think that definitely shaped me growing up because I had a lot of freedom from my parents to do things on my own and take chances. My siblings are also a lot older than me so I was introduced to a lot of music I probably wouldn't have been as aware of when I was young, like '90s and 2000s hip-hop, pop-punk, R&B, etc. If I'm being honest I was spoiled for sure, but knowing my parents had my back and would do whatever they could to support me made chasing my dreams feel way more possible."

3. His weirdest habit is that he paces when he thinks.

"I will do laps around my room whenever I have a big decision to make or I'm trying to figure something out. Even when it comes to making music I'll walk around the room non-stop listening to the same few words over and over."

4. In three words, he'd describe himself as caring, driven and stubborn.

"Golden retrievers specifically. I grew up with a golden named Chica!"

6. He wears a ring on his right index finger as a kind of a good luck charm.

"It's super simple too, just a ring with a guitar string in it I got from Amazon, but I've worn it in every video I've ever made so it just stays with me at all times these days."

7. When he was growing up, he was sure he was going to be an astronaut.

"I skipped a bunch of math classes in high school and really thought I'd be going to college for aerospace engineering or something because I was (and still am) such a big physics nerd. Space concert? Would be dope."

8. Of all the Disney characters, he relates most to Nemo.

"I have an awful track record with taking advice from my parents when we disagree, which usually leads to everything hitting the fan and me being more appreciative of them, haha. Don't touch the butt!"

9. Though his favorite day of the year is now his birthday, for years, it was the first day of the school year.

"Getting to see everyone again and making new friends day one was always so exciting. Kinda like the opening scene of a new adventure."

10. What's one thing that always surprises people about Camylio?

"I think people usually don't expect me to be such a big math nerd."

11. Above all, being authentic and honest is what Camylio is all about.

"I do my best to be honest, whether it's in writing songs or anything else as an artist. Obviously, sometimes it's nice to write about other people's stories or from a different perspective, but I want people to know that if it's coming from me it's something I've either experienced or can really feel and mean when I'm singing it. I think with the music I make, because of how emotional it is, I have a responsibility to be real with people."