The internet is a strange and wonderful place, where everyone feels free to let their freak flags fly.

Case in point, Twitter user David Sanchez, who revealed he gets into the holiday spirit by topping his frozen pizza with candy canes.

Born in Chicago… would you eat @gotham146's #CandyCanePizza? YES OR NO?

Soon after he shared his creation with the world, a heated debate erupted over whether or not this was a masterpiece or a piece of trash.

The majority were disgusted by David's candy cane-topped pizza, including his pizza brand of choice: DiGiorno.

When I first saw this, I was quick to write it off as gross. I didn't understand why someone would willing choose to ruin a perfectly good pizza like this. After calming down, I remembered an age-old saying: Don't knock it 'til you've tried it. So, I did.

Because I'm vegan, I couldn't use a DiGiorno pizza. (Side note: If someone at DiGiorno is reading this and would like to make a vegan version of your pies, that'd be the greatest Christmas present.) I opted, instead, for my fave vegan frozen pizza and purchased a cheap box of candy canes from CVS. I went with a personal-sized pie, because I wasn't about to waste a bigger one on this little experiment.

After I got back from the store, I broke up some of the candy canes and placed the pieces on top of the pizza. What a sight. 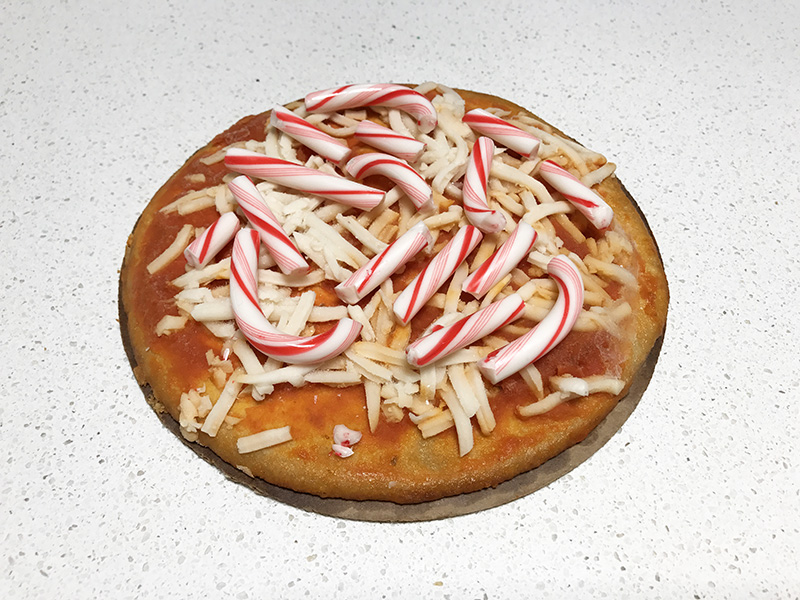 I popped that sucker into the toaster oven for 10 minutes and watched it bake. As it did, my mind began to wander. Was this going to be my best mistake, or was it going to be a total disaster?

When it was finally done, I pulled it out of the oven and let it cool for a bit. It didn't look that appetizing, nor did it smell that delectable either. 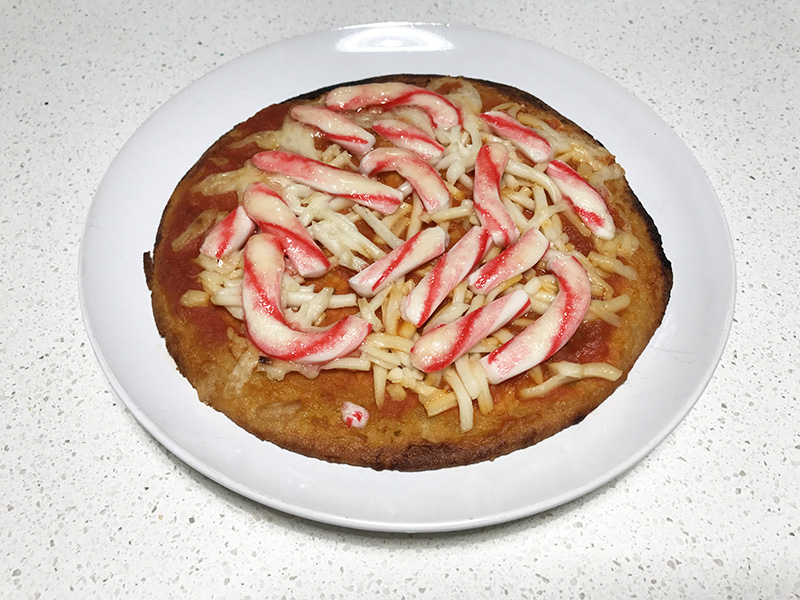 Cutting into it was a bit difficult. The candy canes were still a bit hard and weren't fully baked into the cheese, so they stuck to the knife.

I was eventually able to cut a small piece that still had plenty of candy canes bits on it. When I took my first bite, I didn't entirely hate it. Then I ate the entire slice and almost puked.

There was just too much going on for my tastebuds to handle. The peppermint did not pair well with the cheese or the crust at all. And the fact that the candy canes were both chewy and crunchy made for a severely undesirable pizza experience. It's like eating your dinner and after-dinner mint simultaneously. Disgusting.

All in all, I don't recommend anyone ever try.

While this combo wasn't a match made in heaven, THESE strange pizza toppings are better than you'd expect them to be.