Chilling Adventures of Sabrina season three was a whirlwind, to say the least.

Our favorite teen witch had way too much going on. What started as a mission to save her boyfriend somehow transformed into Sabrina crowning herself the Queen of hell while simultaneously trying to stop pagans from taking over Greendale. As convoluted as this season was, I'm not at all surprised that I walked away with more than a few unanswered questions.

Season three was certainly the most eventful installment to date, and I'm still confused. Keep scrolling for all the questions I had after watching the latest episodes of Chilling Adventures of Sabrina (Spoilers ahead!!).

1. How does Future Sabrina even exist?

Let's start with the most confusing element of this season—that pesky time paradox. In the penultimate episode, everything goes wrong for Sabrina. She loses the battle to Caliban for the throne of hell while her Greendale friends and family lose their battle against the pagans. Everyone (except Ambrose) dies and the Earth is overtaken by the Green Man. At the same time, hell is also destroyed by the archangel Michael after Caliban attacks the Earth and fails to transform it into the tenth circle of hell. All the while, Sabrina is trapped in a rock in the ninth circle of Hell. 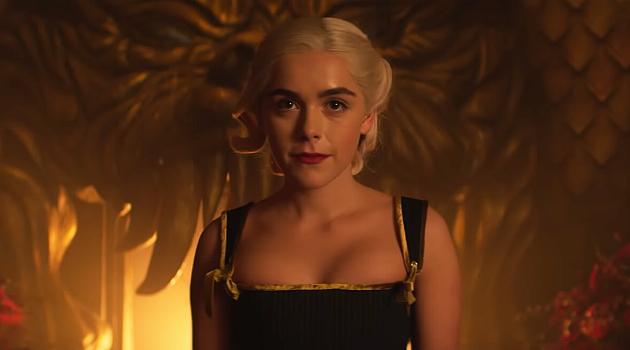 2. Why does Sabrina assume the cosmos will sort themselves out?

Beyond the confusing question of how any version of Sabrina got free from her entrapment in the first place, we also have to wonder why Sabrina decided to ignore her future self's advice. On the surface, everything seems okay. Two versions of Sabrina exist, but one will rule hell while the other lives in Greendale. Even though Ambrose is clearly upset by Sabrina's decision, considering she created a time paradox that's confusing for even the smartest of viewers, Sabrina insists that the cosmos will sort themselves out.

Why does she think that? When has that ever been the case in the past? For three seasons now, Sabrina has learned time and time again that each little decision has resounding impacts with the potential to ruin her life. Why does she think two versions of herself can exist and nothing bad will happen? Sabrina is supposed to be smart, but this apathetic point of view just seems plain dumb.

3. Why didn't Sabrina take the Time Egg from the Spellman household?

When Original Sabrina goes back in time to save her family, she first teleports to the Spellman house to convince Ambrose, Prudence and Mambo Marie to move themselves and Zelda's body to a safer location so Father Blackwood can't kill them.

If Sabrina is trying to set everything right, why doesn't she take the Time Egg from the Spellman house and keep Father Blackwood from getting it? She knows the Egg is most important to him—Future Ambrose just told her that Prudence's dying wish was that Ambrose keep the Egg from her father. All she had to do was run upstairs, grab the Egg, and disappear with it. However, she completely ignores (or forgets about) Father Blackwood's mission. Her oversight allows him to get the Egg and release whatever was inside, which will probably cause some big problems in season four. 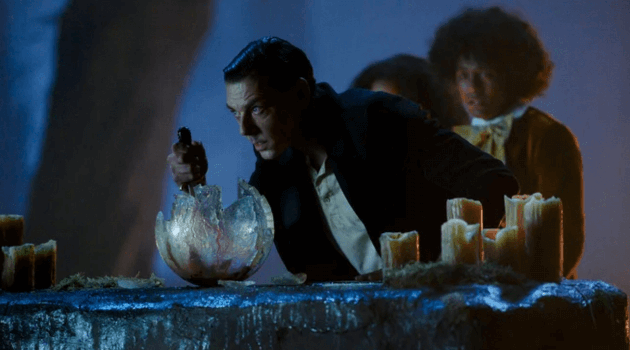 4. Will Past Sabrina and Original Sabrina clash?

At the end of season three, Sabrina essentially gets to indulge both sides of herself. On one hand, she's the dark and powerful Queen of hell. On the other hand, she's just a teenager living with her family. However, Zelda's journey to recover from her gunshot wound leads her to convert the Church of Night into the Order of Hectate. The coven will now worship the Greek goddess of magic and witchcraft, with no more affiliation to the Dark Lord or hell's power.

Will this change cause a clash between the two Sabrinas? One Sabrina is now loyal to Lucifer and to hell, while the other is loyal to her family. It's unlikely that the Queen of hell will be at peace with losing a chunk of her followers. It's also unlikely that Original Sabrina will cave to her darker form's will. I sense a battle in the future.

5. What will happen when Lilith gives birth?

In order to stop Lucifer from killing her for betraying him, Lilith decides to carry the Dark Lord's child. She insists that it's a son, and Lucifer promises to spare her life, but only until she gives birth. However, what happens when this child is born? How will Lilith stay alive with nothing to bargain with? What's more, will this child—if it is a boy—challenge Sabrina's claim to the throne? Past Sabrina established herself as Queen, but Lucifer might use a younger brother to dispute her claim. Either way, this child is going to cause a few problems for both Lilith and Sabrina. 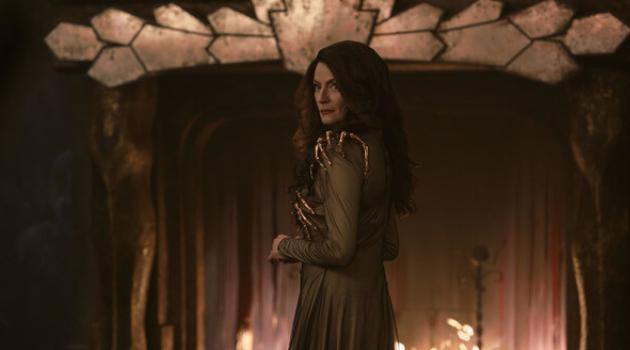 6. Is the Nick/Sabrina/Harvey triangle over for good?

With all the other major things going on, Sabrina's love life almost seems unimportant. However, I'm still a little obsessed with whom she's going to end up with. After Nick breaks her heart, Sabrina just wants to move on. During this same time, the show hints at the idea that Harvey isn't totally over Sabrina, particularly with his inability to turn Roz from stone into flesh because she's not his true love. While the show continues to tease these romances, it also depicts Sabrina performing a cord-cutting ritual and eliminating her feelings for both Harvey and Nick.

Is that really the end of this love triangle? Will Sabrina ever be able to discover her warm feelings for these men again? Is there a way to undo the cord-cutting ritual? Will Nick or Harvey even want her back? It's hard to believe that would truly be the end of Sabrina's tumultuous relationships with these two men. However, with so much going on, maybe it's best Sabrina isn't distracted by her romantic feelings.

Throughout season three, Sabrina's claim to the throne of hell is challenged by the dark and egotistical Caliban. Although Sabrina traps him in stone at the end of the third season, the show-runners have confirmed that we haven't seen the last of this villain.

But the real question is, who even is Caliban? No one knows his origins, other than that he was molded from the clay of the Pit. He literally just waltzes into the throne room and claims to be the Prince of hell. Even Lucifer has absolutely no idea who he is. Can you really just decide you're a prince? And if so, why aren't we all declaring ourselves royals left and right? Caliban has some pull in hell, but his origins are largely unknown. He's a confusing, if engaging addition to the season and it will be interesting to see where this character goes in the future. 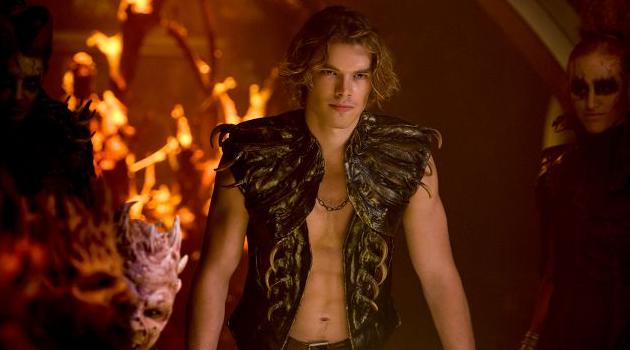 Sabrina is in, Archie and the gang are out. Click HERE for why Chilling Adventures of Sabrina is better than Riverdale.