Hearthstone, Blizzard's hugely popular competitive online card game,  is one of the biggest games in eSports—but like many other highly viewed games, the competitors in Hearthstone are predominantly men.

Cara Vergel De Dios, a Hearthstone player from the Philippines, better known by the nickname CaraCute, is an exception to the rule.

Earlier this year, she was just one place shy of a space in the Hearthstone Winter Championship in the Bahamas, and she's won various Hearthstone competitions that prove she's a player to watch out for.

We were curious to find out what it takes to become a name in eSports, so we reached out to Cara herself to chat about Hearthstone and what it means to represent women in the gaming world here:

Sweety High: How did you get the nickname CaraCute?

Cara Vergel De Dios: I've been using that nickname since I started gaming back when I was 13. It's simply my name and I'm cute and it sounds great together.

SH: How did you first start playing Hearthstone? What is it about the game that really drew you in and made you want to get really good?

CVDD: My officemates kept talking about this game, and it's free-to-play, so I installed it and it instantly caught my attention. The game is easy to play and there are daily quests that will give you gold to spend on card packs to add to your collection.

SH: How would you describe Hearthstone to someone who's not familiar with the game?

CVDD: It's a one-on-one card game. Whoever defeats the other player first wins the game. It involves a lot of strategy and decision-making. 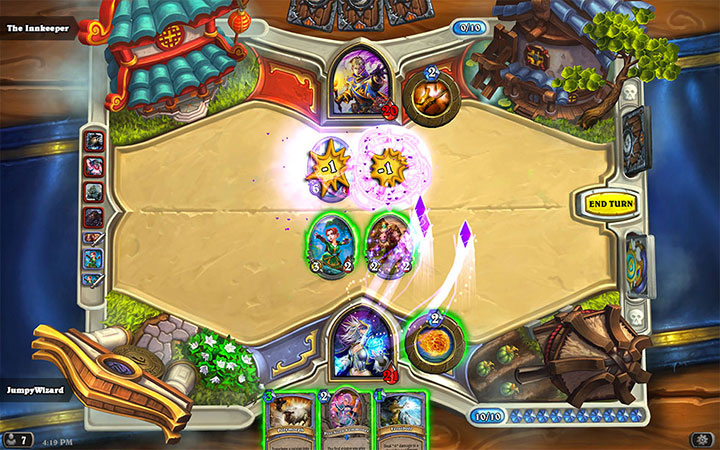 SH: What was it like to discover the community built around the game?

CVDD: It's kept me more interested in the game. I get to talk about it every day to discuss the strategies, the best decks, the current meta [popular or trending deck and class choices] and events we can participate within.

SH: When did you take that to the competitive level?

CVDD: When my card collection was good enough to build four competitive decks, I started joining online tournaments when I had the time during weekends. I got good results during these tournaments so I felt I could take it further competitively. I was also able to attend nearby Fireside Gatherings [real-world events for playing Hearthstone in person] and eventually won five championships. With these events, my confidence has grown more and more, and I feel I can compete with the very best.

SH: There aren't a ton of women in competitive Hearthstone, or competitive gaming in general. What is it like to be one of the only women at the competitions?

CVDD: Being the only female in the competition makes me feel proud of myself for what I've achieved. Some of my friends are other women who play Hearthstone. I hope someday they can reach the competition level as well.

SH: What has been your most memorable moment in a Hearthstone competition?

CVDD: The 2017 Hearthstone APAC Winter playoffs were the most memorable for me. I had to go through a playoff to qualify for the main event. During the main event, my last game was streamed live and I reverse swept my opponent, getting my chance to get a higher tiebreaker score. Unfortunately, I was ranked ninth and only eight players could proceed to the next phase. I was really sad about it, but I'll do better next time.

SH: Is it tough to balance your family and work life with being a competitive Hearthstone player? Do you have any tricks for making it work?

CVDD: I haven't had the chance to play Hearthstone outside of my country, but it's still tough to balance my work life, gaming and taking care of my 9-year-old daughter. The trick is to just set a schedule for what you want to do for the day. Work for nine hours, play for two to three hours and spend the rest of the time to bond with my daughter.

SH: Do you have any tips for new Hearthstone players on how to get good?

Watch professional players stream on Twitch. You will learn a lot from them on how to play better, the reasoning behind their plays and what plays to make.

Research and read a lot of articles on how to start doing quests to maximize the gold you can earn as a new player. Read deck guides and build basic decks that you can use to play casually. Also, talk to someone about strategies, game play and anything else you can learn about Hearthstone.

SH: What advice do you have for girls who want to get into competitive gaming like you have?

CVDD: If you have passion in playing computer games and completely enjoyed playing Hearthstone, start joining some online tournaments and see how far you can go. You will need a ton of experience to gauge whether you have what it takes to be competitive or not. And when you are confident enough, start joining some LAN tournaments and win it! I hope I'll be able to inspire other women to play what they love. I will try my best to bring my craft to the big stage someday and maybe make history by becoming the first woman in Hearthstone to qualify in the world championship.

If you're like us and you want to root for Cara all the way to the spot in a world championship, you can follow her on Twitter @caracutehs.

Curious about streaming games yourself? Click HERE to read our interview with Twitch's SeriouslyClara to find out why the first step to streaming is just being yourself.