In case you haven't noticed, cauliflower is everywhere these days—and not just in your mom's side of steamed veggies.

Yes, that white, not-so-attractive, semi-bland vegetable is on every menu, and seemingly a core ingredient in so many unexpected dishes. And as someone who goes out to eat a lot, I can tell you it's not disappearing any time soon.

Whether on a menu or in the grocery aisles, I've seen this seemingly magical ingredient pop up everywhere in this last week alone.

Even when I had dinner at members-only Soho House in West Hollywood, California, on Monday, our waiter actually served us 1/4 of an entire steamed cauliflower on a plate of its own to dab into a light cream sauce. This clearly was to replace the traditional bread and butter served before a meal at most dining establishments.

But as I noted above, Soho House isn't the only place to find a wide usage of this veggie. See what I mean below!

I want to say rush to your nearest Trader Joe's to plan your next pizza party, but every time I go to my fave grocery store to hopefully snag a package of their coveted cauliflower pizza crust—no shocker—it's wiped out of stock. Yes, people are making full-blown legit pizzas with cauliflower-pressed crust. Sure, there's a little bit of corn flour in the mix as well, but each serving of crust has only 80 calories, 22 mg of sodium and zero grams of fat. As for the cheese and sauce? Well, that's on you!

Are you as big a fan of polenta as I am? The creamy goodness is (IMHO) the best usage of corn grains. Unfortunately, however, the dish is loaded with carbs. And while there's nothing wrong with a little carefree indulgence, why not get the same taste with a much less calorie count? Trader Joe's' Creamy Cauliflower Mash tastes just like polenta. Made with all cauliflower and then tossed with a little bit of butter and cream, you seriously won't know the difference! It's also an excellent substitute for mashed potatoes, clocking in at half the carbs and calories as an average serving of the dinnertime staple.

What's rich, creamy, and delectably dreamy—with about half the carbs and calories of mashed potatoes? …THIS. #traderjoes #cauliflower #amashmadeinheaven

Clearly Trader Joe's is onto something! And the good news about their cauliflower rice is it is usually available when I go to the store to buy it. Simply defrosted and eaten by itself, the side dish doesn't have much flavor, but the great news is there are a slew of recipes online that will help you incorporate various ingredients into the mix to make sure you have a gourmet dish on your hands that tastes just like if you added actual rice, itself!

This is definitely one of the more unique takes I've seen or tried using our new fave veggie. Last night I attended an exclusive summer menu tasting at eclectic American restaurant Norah in West Hollywood, and one of their main featured items was none other than Cauliflower Tartare, adorned with sunchoke chips, crispy chickpeas and tahini. Beef Tartare is something I've nibbled on regularly, but this vegetarian alternative (that even almost identically resembles the meaty appetizer) was all new to me. But rest assured it was equally, if not more, delicious than the original. This restaurant clearly has a thing for cauliflower, as they also have a very popular Cauliflower Popcorn appetizer. 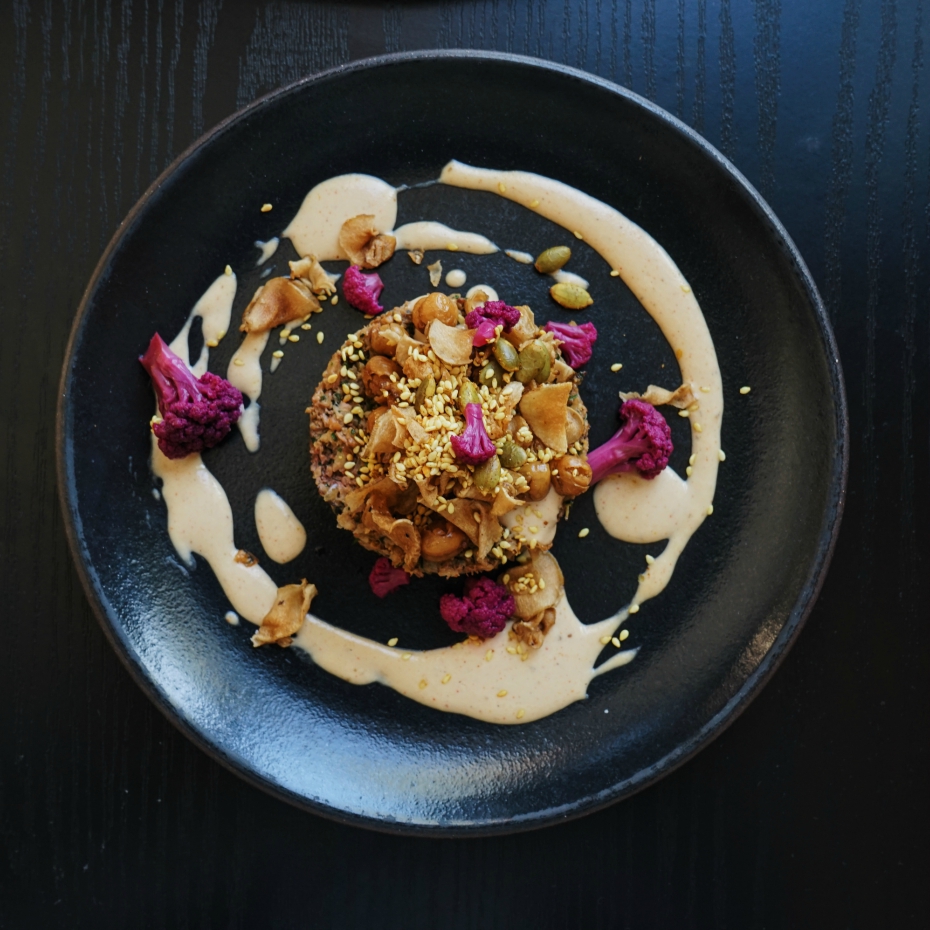 Whether it's a healthy alternative or the real thing, HERE's what your fave food reveals about your personality.