Carson Lueders Is Our Man Crush Monday This Week!

Carson Lueders was just 12 years old when his "Beautiful" music video completely stole our hearts, but he was making great music and impressing his celebrity idols WAY before that. Carson's talents go way back, and at 14, he's only getting better, which is why he's our Man Crush Monday this week! 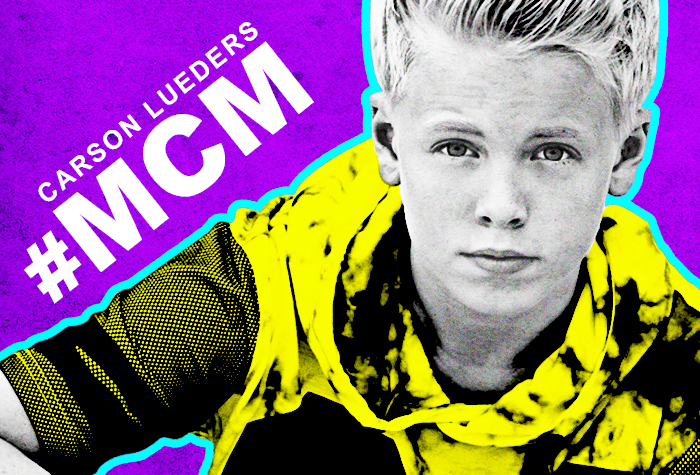 Carson seems to have been making music since birth. He got his first guitar when he was just 4, and by the time he was 6 he was already owning the stage with incredible performances like this.

By the time he was 11, he'd already caught the attention of his hero Keith Urban. He even got to duet with him!

His first music video, "Get To Know You Girl," really made him a star. It's got 3 MILLION views on YouTube, (and about 1000 of them are probably from us watching over and over and over).

8 years after those first talent show performances, he has grown SO much as an artist. Dare we say that we might like this "What Do You Mean" cover even better than Justin's version?!?

And in case you've been begging for new music, Carson's All Day EP JUST came out 2 weeks ago. We're pretty sure it's called that because you'll be listening to it ALL day (and night, too). You can get it here on iTunes!

We really appreciate that Carson loves emojis as much as we do.

And we are in love with Carson's style. Not even a broken ankle could put a stop to his red carpet swag!

Plus, he's a major trendsetter. He was riding his hoverboard WAY before anyone else even knew what they were.


And even though Carson has some of the most flawless hair on the planet, he's totally humble about it.

Totally jealous of Carson's hoverboard? We're giving one away, so click here right now for a chance to win it!