Reporter Ceilidh Millar On the Impact Of Youth Journalism!

21-year-old Ceilidh Millar is a young broadcast journalist who has won a number of news and philanthropic awards for reporting the stories that matter most to her. 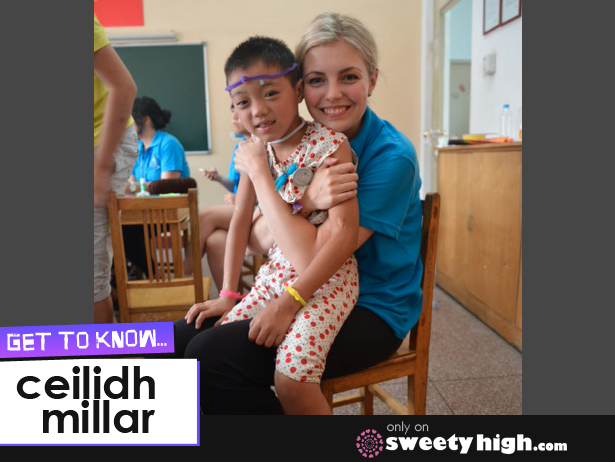 In an interview with Ceilidh, she told us how the work of a journalist can make an impact far beyond the immediate community, and why it's so important to report on the issues the world faces!

Growing up, Ceilidh wanted to be an actress. She only got involved in journalism when she joined CBC News Day, a program for aspiring journalists.

With CBC News, she got the chance to work with senior reporters at the CBC Vancouver Broadcast Center in British Columbia.

"I wanted to become a broadcast journalist because the stories they were talking about were real," Ceilidh said. "They were real stories about real people in our community and all over the world."

Upon discovering this passion in high school, Ceilidh set out to become the youth reporter at her local city council meetings. She reported on volunteer opportunities and youth initiatives with the goal of fostering political and civic literacy among her peers.

After that, she became a youth reporter for Shaw TV's, Generation Y and a writer with Vervegirl and Youthink Magazines.

In college, Ceilidh attended the broadcast journalism program at the British Columbia Institute of Technology. During this time, she did a lot of work with Free the Children, an international charity that empowers young people to change the world.

She even got to be a youth reporter for one of Free The Children's We Day events!

"I interviewed Shaquille O'Neal and Shawn Desman plus many other inspiring people who spoke at We Day. It was awesome!" she said.

Throughout her career, Ceilidh has made it a point to profile young people who are doing exceptional things.

She explained, " There is a misconception that our generation is lazy and lacks the work ethic of previous generations.

We're told that everything is given to us, and we're not motivated," she said. "I wanted to change that stereotype of young people. Through my journalism and volunteer work, I've had the opportunity to meet young people who are doing remarkable things and are truly making a difference."

When Ceilidh won Build-A-Bear's Huggable Hero award, she traveled with 14 other young people who had also made an impact. The group went to Memphis where they took part in a special project at St. Jude Children's Research Hospital and then went to St. Louis, where they were featured in a documentary for Nine Network, America's largest PBS affiliate.

"These are young people who have accomplished more than many adults do in a lifetime." she said. "You don't have to be a certain age to make a difference in your community or pursue your career. You can do it as soon as you find your passion."

Ceilidh was recently appointed BCIT's ambassador, and visits high schools throughout the province. "I have the pleasure of meeting students and discussing their education and career goals. I love connecting with young people and sharing their excitement as they plan for their futures!"

In fact, the most memorable experience of her career took place while still in college.

"One of our projects was to film a 10 minute documentary. My classmate and I decided to do a story on organ donors and organ recipients," she said.

Together, the pair used the documentary to highlight the importance of registering as an organ donor. They interviewed a mother who had lost her 16 year old son in a motorcycle accident. He was a registered donor, and his organs saved several lives.

"Talking with his mother and other families who had gone through this experience, really touched me," she said. "These families turned tragedy into something positive. It brought me back to the reason why I wanted to be a journalist and how these stories matter."

The documentary made a measurable impact, resulting in a boost in organ donor registrations with the BC Organ Transplant Society.

When we spoke, Ceilidh had just returned from a humanitarian trip to China, where she was a member of a delegation supporting initiatives to help children with disabilities. She'll be the keynote speaker at the Best Buddies Leadership Conference in Vancouver. Best Buddies is a nonprofit organization dedicated to establishing a global volunteer movement that creates opportunities for one-to-one friendships, integrated employment and leadership development for people with intellectual and developmental disabilities.

Ceilidh is also an advocate for bullying prevention training in schools. She realized early on that her position as a broadcast journalist could be used as a platform to spread the word to end bullying.

She has appeared on TV to discuss the issue, and started a peer advocacy campaign that aims to stop bullying at its source, with kids. This led to her becoming the 2013 youth ambassador for Kids Help Phone.

Ceilidh has made an impression in a number of different areas with the help of social media.

"My parents' generation had to wait for breaking news to come via paper, radio or television newscast," she said. "With the advent of social media, we can send or receive immediate news from around the world."

Today's computer-literate youth have been a major part in making Twitter and social media a foremost news source.

"We're definitely the plugged-in generation," she said. "Digital communication is a big part of our everyday lives. Young people have been able to spread the word about social initiatives and causes that benefit people across the globe."

She encouraged aspiring journalists to go after the issues that are most important to them.

"Pursue stories that are going to make a difference in people's lives," she urged. "Don't wait until you're in your first year of college to start putting stories out."

If you're a teen journalist, you can Tweet stories, start a YouTube channel, or write a blog about the issues that matter to you now!

Want to start your own journalism journey? Check out fan clubs at Sweety High and create one, dedicated to the news you care about!

For more stories about journalists, check out our interviews with Quincy Bulin of The Smart Girl's Guide, blogger Ruby Karp and Savannah Britt of Girlpez Magazine!