Chandler Kinney stars as Riana Murtaugh on Lethal Weapon, a Fox TV series inspired by the action film franchise of the same name.

The show also happens to be up for a People's Choice Award in the category of Favorite New TV Drama this year, and Chandler gave us the inside scoop on what it's like to be nominated, what it means to bring back a beloved franchise and what's in store for Riana. 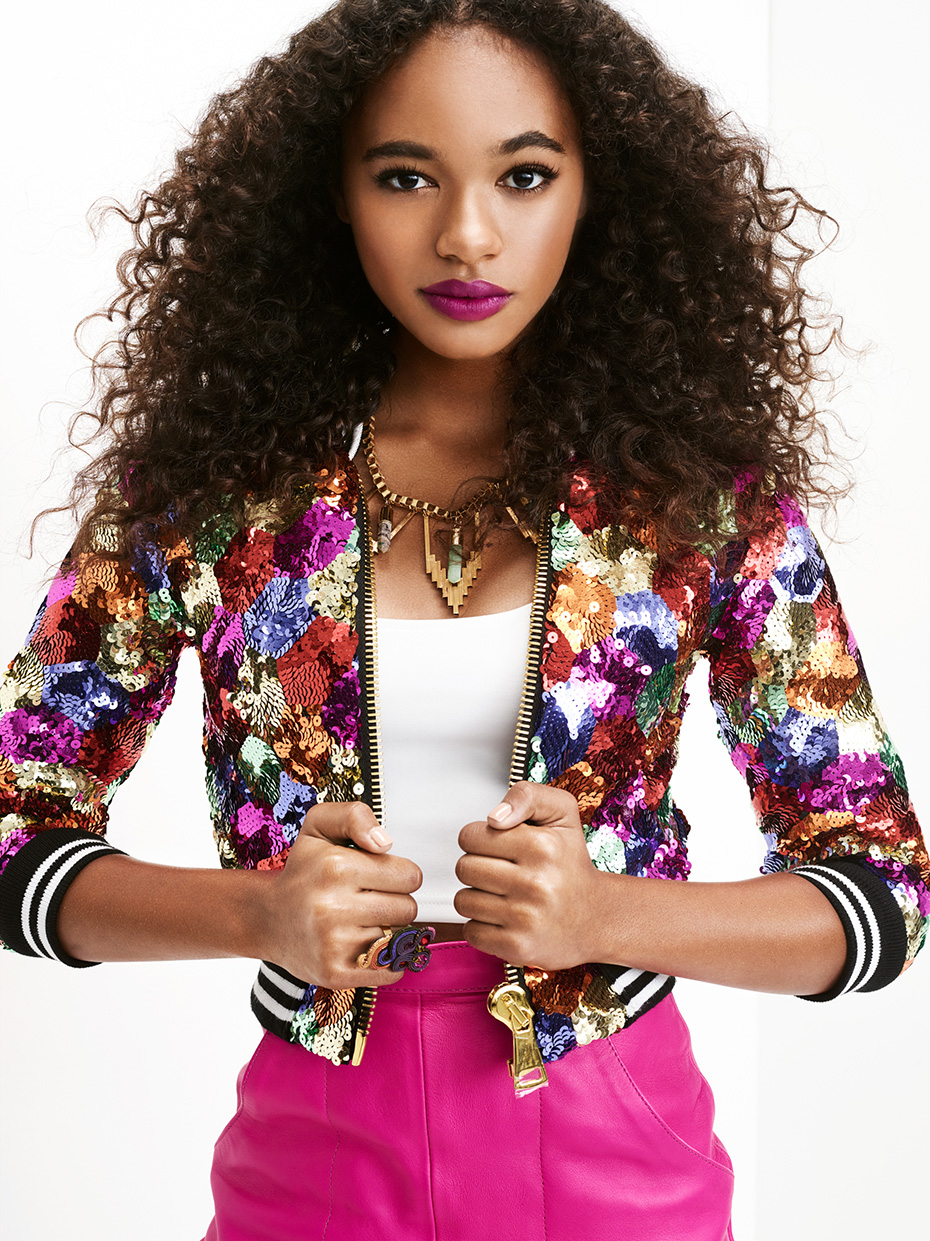 Sweety High: What was your first reaction when you found out that Lethal Weapon was nominated for a People's Choice Award?

Chandler Kinney: I was so surprised—I didn't even know we were up for consideration. We're a fairly new show and we're only into our tenth episode, but we have the best fan base already. Every time we release an episode we live tweet, and the feedback we get is so overwhelmingly positive.

We're in the middle of production so there was too much going on to all celebrate together, but we celebrated with our families and texted each and emailed our congratulations, and when we finally saw each other, there were a lot of hugs involved.

SH: Are you nervous at all about the nomination?

CK: I'm not nervous, because I believe that the win is in the nomination. We feel so grateful and lucky just to be nominated. Whatever happens, happens. I'm happy we got in the door. That's what matters to me.

SH: Tell us about your character Riana.

CK:  Riana is a typical Los Angeles teen. Her life revolves around her phone and she's pretty rebellious and kind of sassy sometimes, but ultimately she's a good kid with a good heart.

She and her parents have an interesting dynamic. She wants to get out and have experiences and live life and make mistakes, just like any teenager would, but her parents aren't ready for that. She's running fast and her parents can't keep up.

I'm actually pretty different from Riana in real life. She's more rebellious and bold. She doesn't always think about the consequences of her actions, and that can get her into trouble. I think a lot of young viewers really identify what she goes through.

SH: What's been your favorite experience on the set of Lethal Weapon?

CK: We laugh so much every day, so it's tough to pick a single moment, but filming the pilot really sticks out to me. I was a little nervous because it was my first day on set and I had no idea what to expect, but filming the big dinner scene was one of the most fun times I've ever had on set. Everyone was chatting and laughing in between takes.

I felt like I had already been a part of this family for so long, even though I had just met them the week prior. It felt so special because I was exactly where I wanted to be and with the people I wanted to surround myself with. We have a great cast and everyone is so sweet.

SH: If you could pick anyone to guest star on the show a for a day, who would it be?

CK: I would pick Zoe Saldana. First, she's an amazing person and actress, but I also love her work in Guardians of the Galaxy. She's an awesome, independent, kick-butt woman and I think it would be really cool for her to be either a criminal or a new partner for Murtaugh and Riggs on the show. That would be a really fun storyline and I know that she would kick butt while she did it. 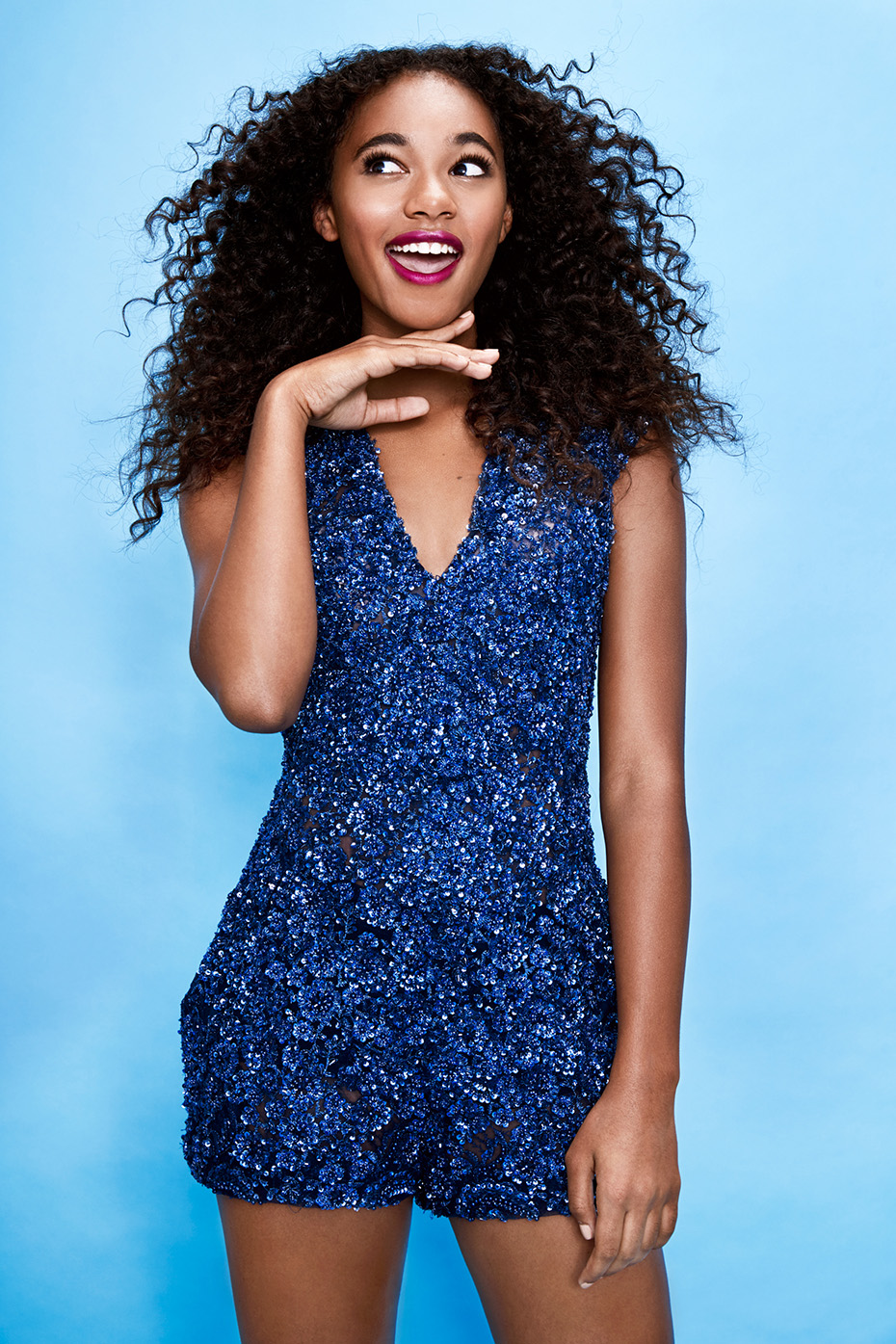 SH: Which young Hollywood stars do you look up to most?

CK: I look up to Zendaya because she's an all-around goddess. She loves charity work and philanthropy, but she's also a huge style icon. She loves fashion, and on top of all that, she sings, she dances and she acts. I look up to her so much.

Bailee Madison is another one. She does so much charity work and she's a big believer in philanthropy, too. And Dove Cameron. I love her Instagram—I'm always looking at it because she's so artistic and has a really creative mind.

CK: Keesha Sharp plays my mother on the show, and she told me once that this business may be really difficult, but you have to just keep plowing through it. It's so true because there are so many obstacles to overcome, unfortunately including a lot of negativity. You have to keep your head high and keep pushing through. If acting is what you love to do and it's meant for you, then you need to go for it. I was so inspired when she told me that.

SH: Were you a fan of the Lethal Weapon movies before you got the role on the show?

CK: I'd never actually seen them! But my parents are fans of the films, so as soon as I booked the role I went home and watched them. Now I love them.

It's kind of my perfect movie. I love action. Anybody who knows me knows I love a great Marvel film. That action aspect mixed with comedy and drama are what Lethal Weapon is all about, and that's what we're trying to keep going into the series. Fans tell me that one second they're crying from laughing so hard and the next second they're crying because of a heartbreaking moment. That's so important to us.

SH: Is there anything coming up on Lethal Weapon that you can tease for the fans?

CK: My character gets a job. I'm not going to say what I'm doing, but I will say it was very fun to learn and I'd never done it before. I'm excited for the fans to see it.

Love Zendaya as much as Chandler? Click HERE to read all about her Daya by Zendaya clothing line.