Charlie DePew, star of the upcoming Freeform show Famous in Love, also has us majorly in love, TBH.

Like the good citizens we are, we figured it was time to give you the low-down on this adorable sweetheart, including his family, gigs outside acting and career ambitions below! 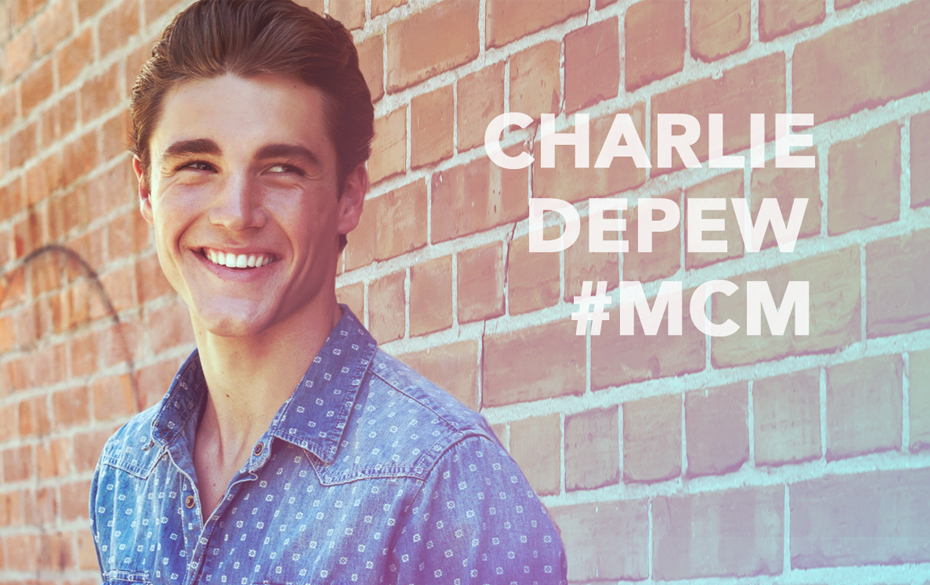 1. He has been around the industry a lot longer than you think. "My best friend's dad is the director of Frozen, Tarzan and Surf's Up," he tells Sweety High. "We used to go to Disneyland all the time!"

2. At some point in his career, he would love to play both Superman and Frank Sinatra. "I've now heard they are making a movie about Sinatra and I am thoroughly disappointed that I haven't received a call," he joked. We have no doubt he would make a perfect Superman, the pic says it all. ????

"Superman? You'll never be Superman. Because you have no idea what it means to be Superman. It's not about where you were born. Or what powers you have. Or what you wear on your chest. It's about what you do… it's about action." -Infinite Crisis

3. He has a few business ventures he's working on outside of acting. "I'm a founder of a company called Respark that specializes in social media promotion and app development," he shares. "We have something in the works now that will be out soon." We're already addicted to our phones, so we can't wait to see what he has in store for us.

4. Water polo is his sport of choice. "I was a seriously competitive player until I graduated high school," he said. "I was second team All CIF my senior year, which only sounds cool if you are from California." Because Sweety High is based in the sunshine state, we know what a huge accomplishment that is—major props.

When one chapter ends another one begins. #LCbizness #3

5. Like his character Jake on Famous in Love, he also dabbles in screenwriting.

6. His brother Jack is an actor, too. This pic of the two already looks like it could be a fun '80s movie, but now we need them to actually shoot one together.

7. He proved he's full of surprises by telling us he's also a bass coral singer. "I traveled to Europe and got to sing in La Sagrada Familia, as well as many other gothic churches," he says.

8. He made his acting debut on the pilot of Shake It Up with Bella Thorne. "I got really close to playing the part of Deuce, her best friend on the show," he says. "Now I play Jake on Famous in Love which is her character's best friend, funny coincidence." Life is full of funny, but amazing coincidences and we're so happy these two got to work together again.

Wrapped season 1 of @famousinlovetv yesterday and I can't believe it's already done. I get to work with the coolest people in the business and I CANT WAIT for you all to see what we've been up to at good ol' Warner Brothers Studios. I was going to post a video of the cast doing the juju but @keithpowers makes us all look like amateurs so that one will have to wait. ???? April 2017. The clock is ticking ⏱

Charlie might not be on Disney Channel anymore, but let's take it back to his roots with THIS quiz about which DCOM is the best starring role for you!