Chayce Beckham completely won our hearts as the winner of the 19th season of American Idol, and the country star has only cemented himself further as one of our favorites with the release of his debut EP, Doin' It Right

The collection of six songs, which was released on April 15, is the perfect continuation of Chayce's musical journey, with a heartfelt sound and Chayce's signature raspy voice making every track soar, and we can't get enough. We just had to know how these great songs came to be, and Chayce was gracious enough to break down each and every song for us. 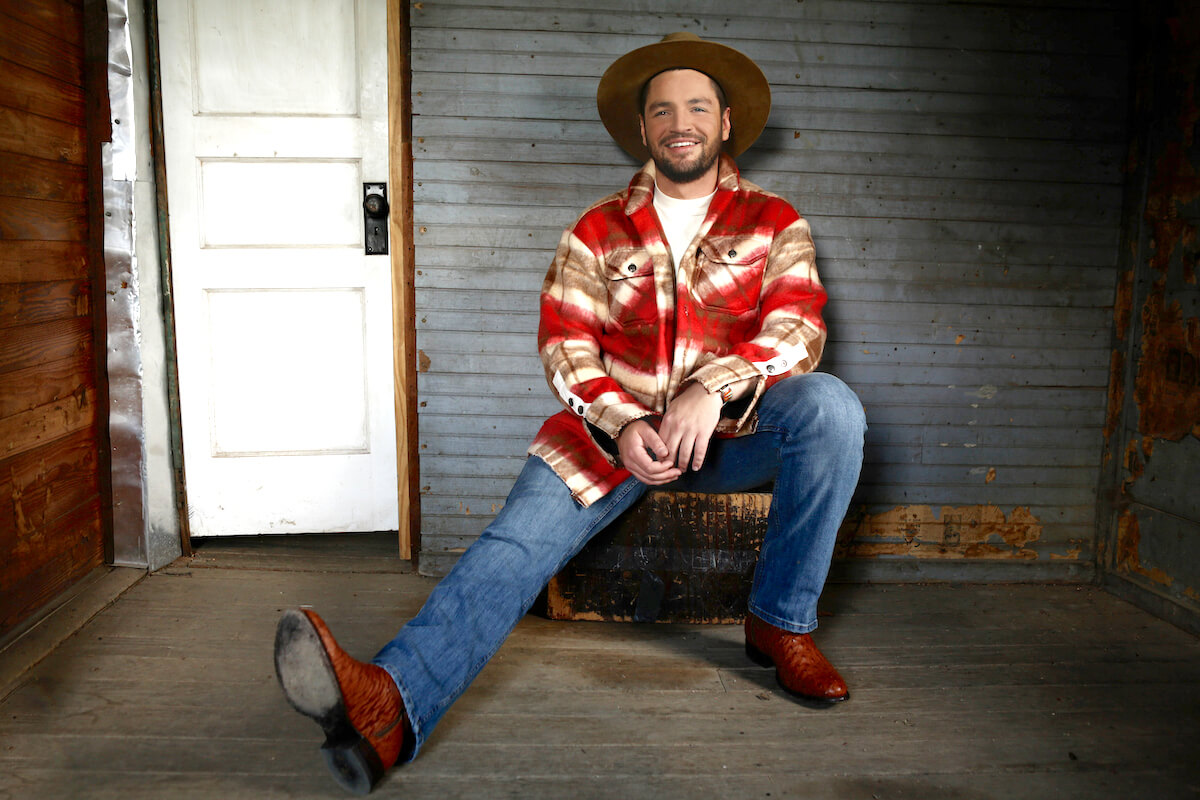 'Where the River Goes'

Chayce Beckham: The song is about me before doing American Idol or moving to Nashville. It's about where I was and what I love to do whenever the world is stressing me out. I had the idea to write this song, "Where the River Goes," and I got in the room with the other writers (Ben Hayslip, Brice Long, Jacob Rice), and Ben had the track basically ready. He played it for me out of several tracks he was working on, and I said "that one!" and then started writing lyrics. They didn't really second guess any of the writing—they just kind of let me say what I was trying to say, and it went from there. We loved it from the first demo.

For me, it's memories of who I was and who I still am. I think it means that it's okay to make the world disappear every now and again. It's not a bad thing to do that.

"Easing on down there with my ugly stick, and I'll be skipping that bait, and catching them fish." To me, it means you don't need much—just an ugly stick, plastic bait and catching fish—that's what makes me happy.

CB: I got into a room with Andy Albert and Lindsay Rimes. Andy had the idea for this title "Doin' It Right." He had mentioned a couple things like, "If you ain't doin' this you ain't doin' it right." As soon as he said it, I was like, "Holy s***, this is really cool."  We started getting into who I am and where I'm from and what I value. All these things that we all loved and could get on board with. As we were writing, Lindsay was working on the demo and once we finished the verses we pulled it all together and fell in love with it. We had a demo done by the time we left the studio that day.

It means not to forget about where you come from and the little things in life that you have to do to keep you who you are.

My favorite lyric is, "If you don't take in a back porch firefly sunset burning up a small town sky." I think it paints such a picture. I know exactly where that's at and what it looks like.

CB: The song came about because my mom had the idea to write a song called "Tell Me Twice." The first part I developed was the chorus—I wrote that by myself and took that into a room with Ross Copperman and Ilsey Juber, and we wrote the verses to it after I pitched them the chorus. They both liked it a lot. Ross started working on a demo, I started working on my guitar, and we just started putting together a vibe we really liked. We got the demo done and I sent it to my mom and she loved it. Then I sent it to my manager Kerri, and she loved it. It was one of those things where we knew we were gonna release that song at some point.

It means to remember the things you learned while you were growing up and apply them to your everyday life as an adult.

"Take a day off when you need the rest"—that's my favorite lyric. I think it's more relatable to me now than it ever was.

CB:  "I'll Take the Bar" is a song that I heard when I first moved to Nashville and fell in love with it the first time I heard it. Jordan Walker wrote this song by himself in his kitchen at 4 am, and I was lucky enough to get a hold of the demo and the chance to record it.

I think this song means a lot to me because it just speaks so well to my past, and I know so many others have that same kind of history with a breakup.

"I'll take the backroads, you take Main Street"—I just love the wordplay in the chorus.

CB: "Talk to Me" was another song I heard in a file of demos, and it was originally a duet, so I wasn't sure if I would be able to record it or not. I decided to try it as just a solo vocal and fell in love with it, playing it at live shows throughout the last six months or so. It's one of my favorite songs on the EP.

I think this song can mean whatever you want it to mean. I feel like it can be interpreted in so many different ways. For me, it tells a sadder story, but I also see it as a love song

"This hotel TV ain't no good company"—it just relates to my life in a specific way I like.

CB: "Love to Burn" is a song I wrote with Josh Osborne and Ross Copperman. Josh had this idea for love to burn, and how when you're in love you kind of don't care when someone takes it for granted because you're just having such a good time with them. We had a lot of fun writing and recording this tune, and it's a fun one to play live.

For me, this song is just fun, but it also has a deeper context to it if you want to break down the lyrics. It all stems from personal experiences.

I think the title is my favorite lyric. I loved the concept and the idea when we started writing on it.