Chick-fil-A Is Testing Chick-n-Sliders, and They Look SO GOOD

The best of two worlds has come to Chick-fil-A in the form of a new menu item, but only for chicken sandwich lovers lucky enough to be living in certain parts of the country… for now.

The fast food restaurant chain is looking to potentially add an option to its menu: Chick-n-Sliders. Before making its final decision, Chick-fil-A has rolled out the delicious-looking little sandwiches on a test basis. As of now, that means they can only be purchased a participating locations in Charlotte, North Carolina, and Albuquerque, New Mexico, as the company revealed in a press release on May 24. 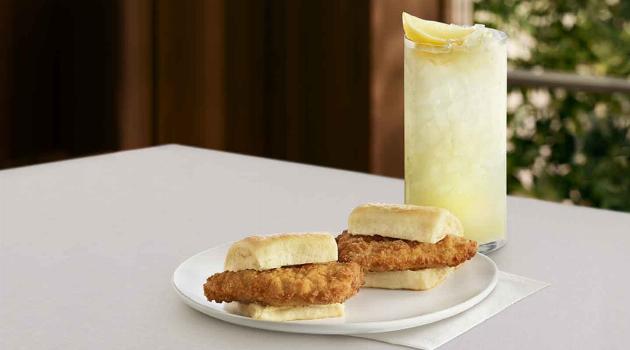 Chick-fil-A describes its Chick-n-Sliders as "the perfect marriage of two menu favorites." Those favorites are the Chick-n-Minis and the Original Chicken Sandwich. What that means, exactly, is that you get a "snack-sized portion" of boneless chicken breast served in a yeast roll with a honey butter coating. It's a lunch and dinner item that currently sells for $2.49 for one and $4.69 for two. You're already hungry now, aren't you?

Assuming all goes well with the Chick-n-Sliders testing, the fast food chain will eventually start selling the drool-inducing mini sandwiches at locations nationwide. We're holding out hope for that day, but until then, we're stuck living with the knowledge that they're out there, but we may never have them.

If you love chicken nuggets, CLICK HERE for our definitive ranking of fast food's best.