In case you haven't heard, Netflix is releasing a Riverdale spinoff, Chilling Adventures of Sabrina, later this year, and we're here for it.

If everything you know about Archie, Jughead, Betty and Veronica comes from the CW, chances are that you're not super familiar with Sabrina Spellman, or why her adventures are so chilling. The playful witch was first introduced in an Archie comic in 1962. She was so popular she eventually became a main character with her own comic book series, two animated series and a live-action show.

That TV show, Sabrina, The Teenage Witch, ran from 1996 to 2003, but since then, Sabrina's history has changed a lot. Originally, she was created by her aunts Hilda and Zelda when they made a mistake concocting a potion, but in The Chilling Adventures of Sabrina comic book series, her half-witch, half-mortal lineage has much darker and more complicated roots.

But do we think you should dig in and read the eight issues of The Chilling Adventures of Sabrina before the show debuts later this year? Not necessarily. While it's a compelling, beautifully drawn series, it might actually be better to hold off on reading it until the show airs. Though the story takes place in the '60s, based on what we know so far, the series may follow the comics closely, and we don't want things to be spoiled for you.

However, we do strongly recommend the comic series that led to The Chilling Adventures of Sabrina, called Afterlife With Archie. There are 10 volumes so far, with another coming out this December, and while Sabrina isn't in all of them, she plays a pivotal role.

In Afterlife With Archie, Riverdale experiences a zombie apocalypse—and it's partially Sabrina's fault. When Jughead's dog, Hot Dog, is hit by a car and dies, Jughead comes to Sabrina for help. Defying her aunts' wishes, she agrees to bring him back to life. But when Hot Dog comes back, he comes back wrong, biting Jughead and creating a zombie infection that infects most of the town, and threatens to spread beyond it. 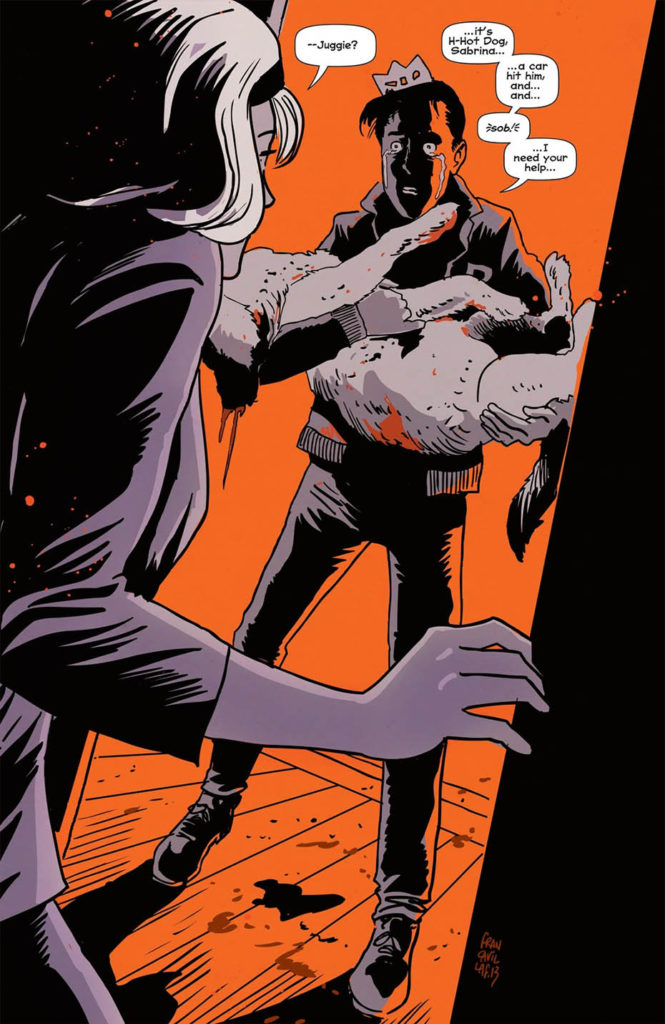 (Afterlife With Archie #1 via Archie Comics)

In these stories, Sabrina is banished to another realm without her voice, wakes up in a psychiatric hospital with a new name and is forcibly married to a cosmic entity—but we won't reveal too much about her storyline.

But we mainly love this series because of its rich characterizations of everyone in Riverdale. Like Riverdale, it's a modern take on classic Archie stories, but even though it's full of supernatural elements, it feels more grounded because we believe in the characters.

We get to see Archie truly rise to the occasion in a time of need, and see Betty and Veronica's biggest insecurities and struggles with one another combat with their powerful friendship. Reggie Mantle gets a surprisingly deep, thought-provoking story that makes him question who he is at his core, and Josie and the Pussycats get a supernatural backstory that'll make it hard to look at them the same way ever again.

Plus, even though Jughead is zombified in the first story doesn't mean we don't get to hear from him again later on. And did we mention that Archie gets engaged?

Afterlife With Archie is really hard to put down, and you can breeze through all of the issues released so far in a few hours. One minute it's laugh-out-loud funny, the next it'll actually terrify you and the next you'll find yourself caring deeply about a character you never thought twice about. If there's one thing we dislike about it, it's that the issues roll out slowly and we have to wait so long to find out what happens next. 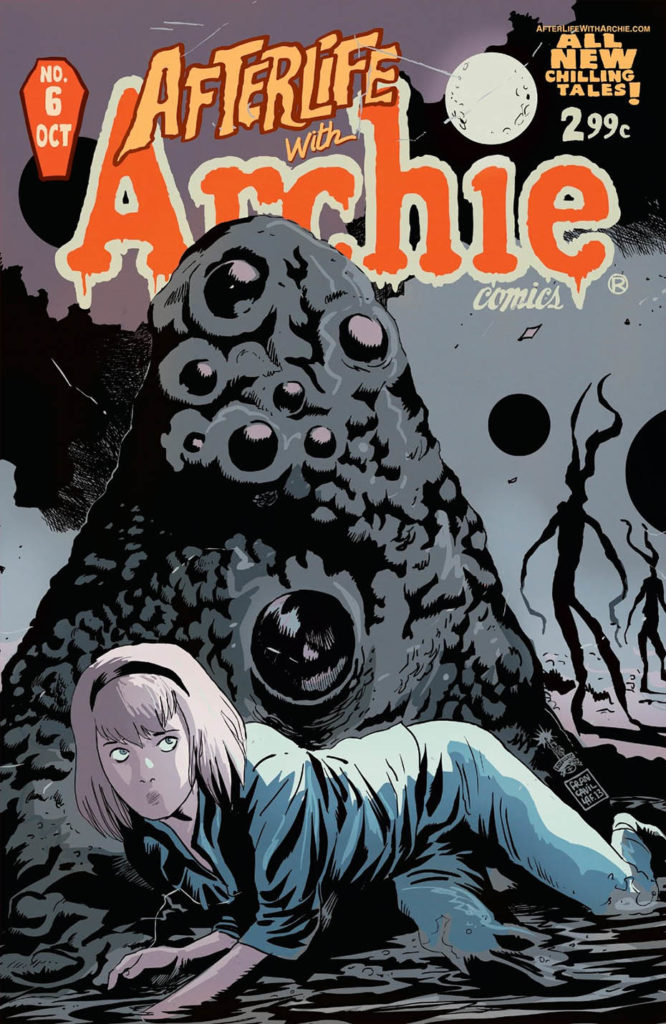 (Afterlife With Archie #6 via Archie Comics)

And, because it was also written by Roberto Aguirre-Sarcasa, it'll give you a great sense of what Chilling Adventures of Sabrina might be like when its 10 episodes hit Netflix. If these comics are any indication of what's in store for us, we seriously can't wait.

P.S. Afterlife With Archie is currently available in two volumes, Escape From Riverdale and Betty: R.I.P.  But if you've never bought comics before and aren't sure where to start, definitely try the library as a resource. Even if your local library doesn't have a copy of these books on their shelves, you may be able to check them out online with your library card using resources like Libby, which you can use to read books directly on your phone. And if you like these books, there are a lot more to explore once you've finished reading them.

Can't stop thinking about Riverdale? Click HERE for the signs that the guy you like is a total Archie Andrews.