Christmas and Solstice aren't as different as you might think.

Even though Chilling Adventures of Sabrina focuses on a teen who's half-witch, half-mortal, the holiday episode, "A Midwinter's Tale," still had a lot of familiar moments for those of us who don't have any special powers. In it, Sabrina continued to balance both sides of herself, which meant celebrating two occasions and facing some serious problems. It was spooky, sweet, festive and surprisingly relatable.

There are light spoilers from the episode ahead, so read on at your own risk! 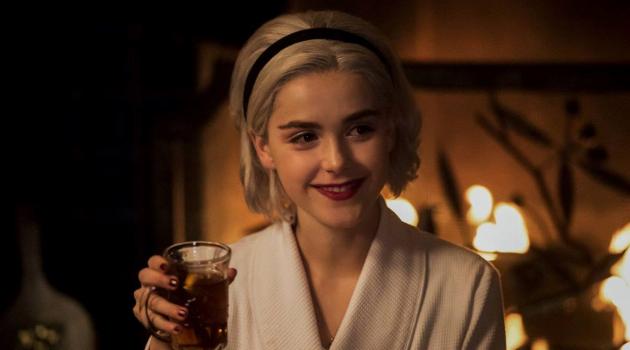 1. When There Was a Long Line to See Santa

Greendale is small, but there was still quite a wait for Santa. Even witches don't get to skip the line, as we saw when Sabrina went to visit Susie at work.

2. When Her House Was Decorated for Christmas (and Solstice)

Christmas decorations are for witches and warlocks, too. The Spellman house had decorations typical of the holiday on display, plus some special ones for Solstice. The Yule log, in particular, was interesting.

3. When She and Aunt Zelda Got Into a Spat

All the stress of the holidays can make tempers flare. We saw that when Sabrina and Aunt Zelda (Miranda Otto) got into an argument. Unfortunately, we've all been there once or twice, haven't we? 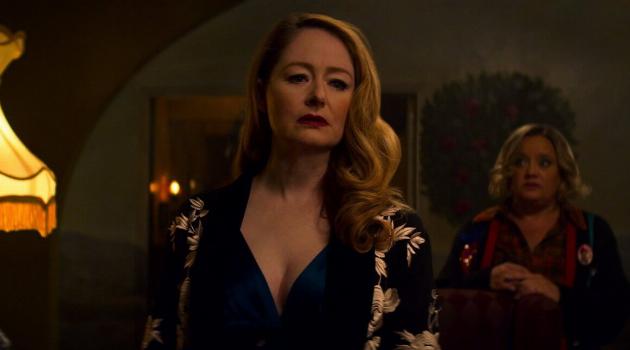 4. When Sabrina Missed Her Parents

Sabrina's parents tragically died when she was younger, and the holidays really made her miss them. If you've lost a loved one or if you have family far away, you can probably relate to feeling their absence more at special times of the year.

Holiday movies have their own magic. To cheer Sabrina up, Aunt Hilda came up with an idea that would totally work on us: watching Christmas flicks.

6. When Sabrina Made Eggnog

Most of us can't do with eggnog what Sabrina managed to do when she created a special batch for Mr. Kinkle, but it's still a holiday staple. Yum. 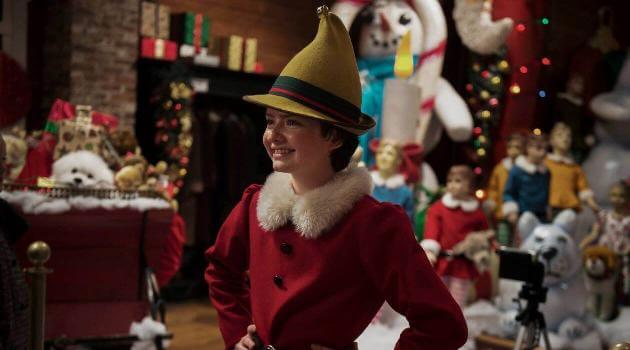 Solstice didn't exactly go well for the Spellmans. They had a lot of fires to put out (and one to keep lit), and their bigger problems weren't so relatable. That said, it does seem like mini-crises do sometimes crop up around Christmastime, like forgetting a gift, a DIY disaster and so on. We're just grateful we haven't had to deal with any Yule Lads, though.

8. When the Holiday Was Still a Success

Even with all the problems that arose on Solstice, Sabrina and her loved ones got through it together. That's something we love about the holidays: The good parts tend to be worth the stress, especially with family and friends around.

Chilling Adventures of Sabrina memes are a lot of fun. Click HERE to see our favorites.