The first season of Chilling Adventures of Sabrina cast a spell on us, and we're more than ready to see what magic Season 2 brings.

There will be big changes for Sabrina, especially now that the half-witch, half-mortal teen has to live with the beastly decision she made in the Season 1 finale.

Keep scrolling to read our guide to Sabrina Season 2—it's everything we know so far, aka everything you should know, too. If you haven't already watched the first season, including the holiday special, consider this your spoiler warning (!).

When does Chilling Adventures of Sabrina return?

First and foremost, you need know when to mark your calendar for the Season 2 premiere. The special day is April 5. Netflix chose a Friday, so you'll have the whole weekend to binge, if you want to. Praise Satan! 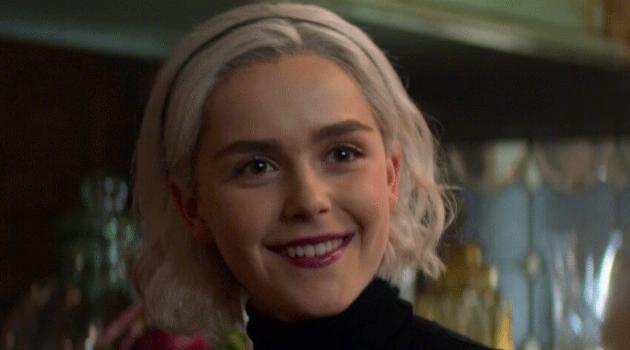 How will life change for Sabrina?

Sabrina spent all of Season 1 torn between her mortal side and her witch side, but after being forced to sign the Book of the Beast in the finale, she'll find herself on a new path.

"Sabrina definitely changes and shifts a lot," Kiernan told Bloody Disgusting in October. "Her growth is very evident, and the second season definitely has a different spin on it than the first season."

When the first teaser (below) came out in Dec., it certainly showed an edgier Sabrina. Still, she won't forget her mortal friends. The video description said that "our girl's gone full witch" but added that she "navigates the Path of Night while holding on tight to her friends who walk the Path of Light."

What will her mortal friends be up to?

Roz, Susie and Harvey learned the truth about Sabrina toward the end of Season 1 as the supernatural found its way into their lives. Roz started developing the cunning, Susie communicated with a long-dead ancestor, and witches caused the death of Harvey's brother. And there's more weirdness to come. Jaz told E! News that we'll see "worlds melding together" and "things get a little out of control." 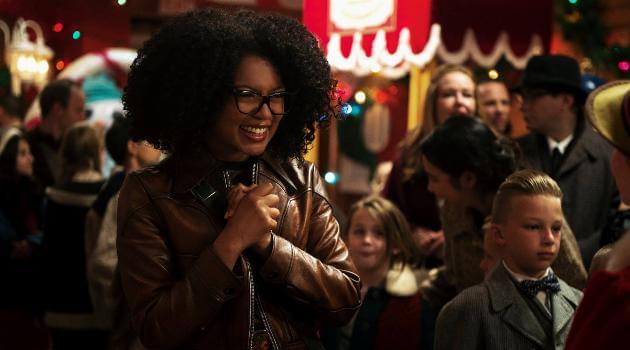 Are Sabrina and Harvey really done?

A series of unfortunate events forced the adorable couple apart, and it looks like it will stay that way… at least for a while. Sabrina creator Roberto Aguirre-Sacasa isn't spilling all of his secrets, of course, but he did say during an E! News interview that Sabrina and Harvey's "story is not quite done." It will, however, be complicated. With Sabrina getting in touch with her inner witch, she'll likely be spending more time with her Academy of the Unseen Arts classmate Nick Scratch (Gavin Leatherwood). Roberto alluded to the Harvey-Sabrina-Nick love triangle that started building last season.

"I am really torn because I love Sabrina and Harvey together, but I'm really intrigued by Nick and Sabrina being together," he told E! News. "I really like that they're so different."

And sure enough, the Season 2 photos we've seen so far show sparks flying between Sabrina and both of her love interests. Here she is with Nick: 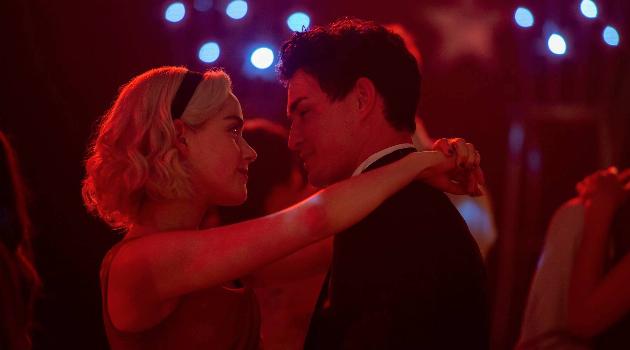 And here she is with Harvey: 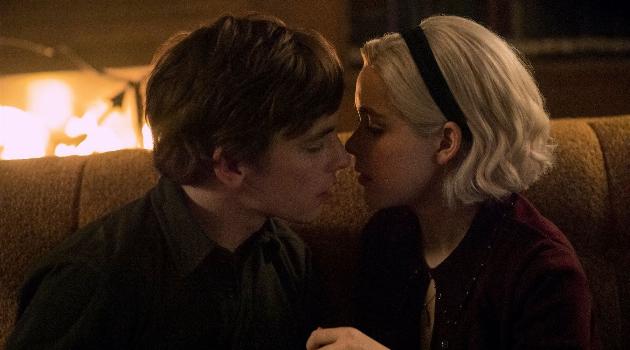 That might be why Roberto told EW that Season 2 is "a little more fun." We're very curious about how this will play out.

What other changes can we expect?

In addition to seeing a new side of Sabrina and getting to know all of the characters better, we'll see some fresh faces. At least two new actors have joined the series in recurring roles. Alexis Denisof and Jedidiah Goodacre both signed on, as Deadline reported in November. Alexis's character, Adam Masters, is the boyfriend of Ms. Wardwell. He'll return from working abroad with Physicians Without Frontiers, not realizing his significant other is being impersonated by Madam Satan. Jedidiah, on the other hand, is set to play a warlock named Dorian Gray, who owns a nightclub and has some interesting secrets.

What does all this mean for the show?

It sounds like we're going to get even more addicting, witchy drama. Kiernan summed it up to Australia's Girlfriend magazine as follows: "It's fiercer, the stakes are higher, the relationships are more charged and overall it's this bigger, better, scarier season!"

She also teased that "you'll be on the edge of your seat the whole time" and that "it's really intense, but it's a really fun watch."

That all sounds good to us! Can it be April 5 now?

Looking for something like Sabrina to pass the time? HERE are seven TV shows as spooky as Chilling Adventures of Sabrina.