Using studs, rhinestones and charms to elevate nail art to the next level isn't a new concept for manicurists, but it's not exactly something we've tried at home—until now.

China Glaze has a new kit called Totally Studded that aims to make nail studs accessible for everyone. It comes with more than 500 studs in 12 different styles, plus a unique tool called the Pickerr Uperr. 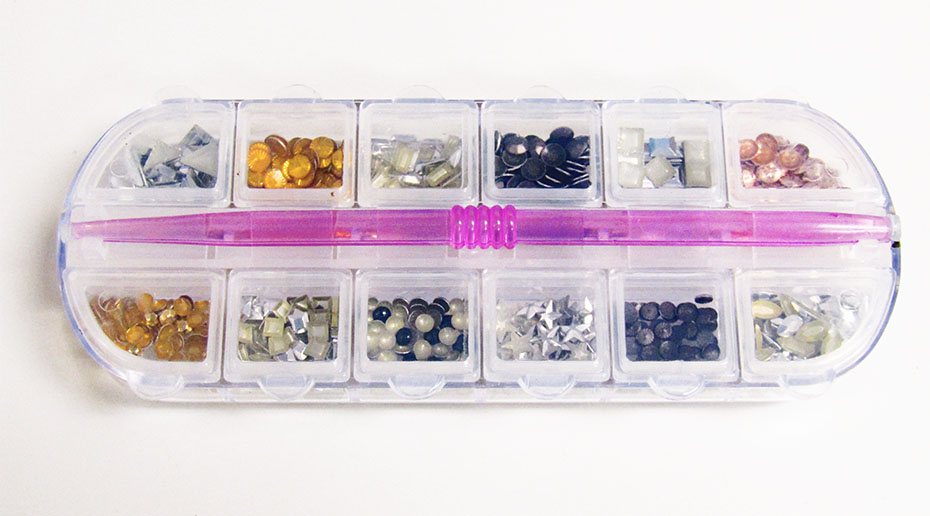 The Pickerr Uperr is a pink stick with a tiny suction cup on each end. Using this suction, you can pick up each stud and neatly place it on your still-wet nail to stick it in place, securing it with top coat.

Or at least that's the idea. I grabbed a few shades from China Glaze's new fall collection, and as I tried to create my own stud art, I realized it's a tricky process to paint a nail, grab a stud with the Pickerr Uperr—while also ensuring that the stud is right-side up—and place it precisely where you'd like it, all before the nail begins to dry. 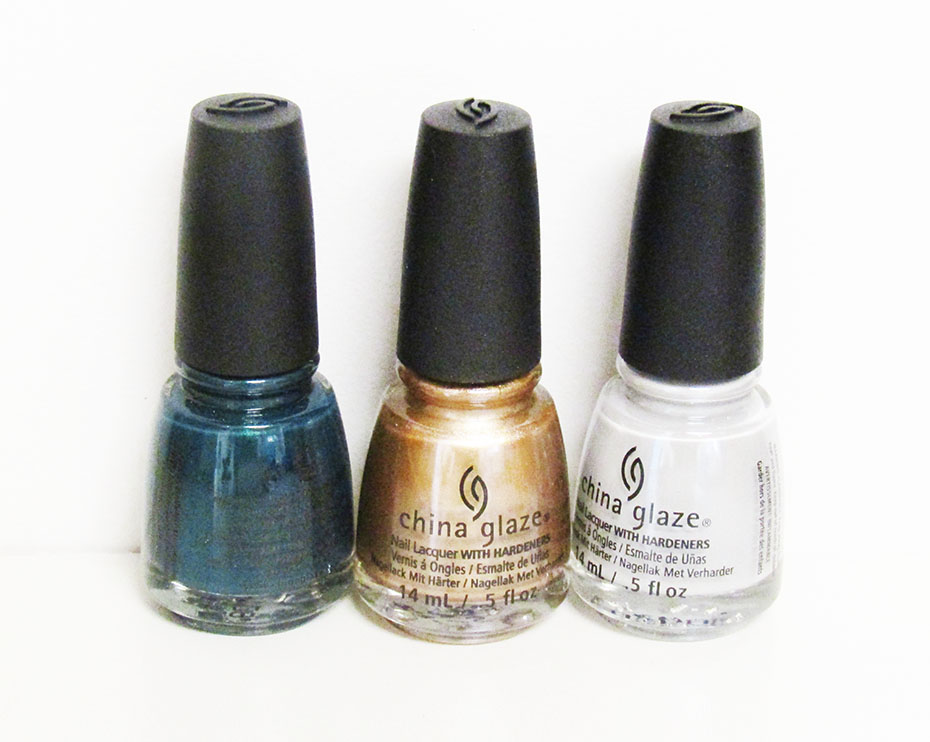 The suction on the Pickerr Uperr isn't perfect, so I dropped many a stud on the way to my nail. It's even worse when you actually drop the stud on your nail in the wrong place, ruining your polish in the process. Plus, the further into the process you are, the more wet nail you have, and the harder this gets. Maybe the toughest thing is getting the studs upright to pick them up.

Despite the difficulty I had, I still think the results were pretty impressive. The studs are high-quality and really stand out against a contrasting polish color. From far away, it might even appear that I got a professional manicure. 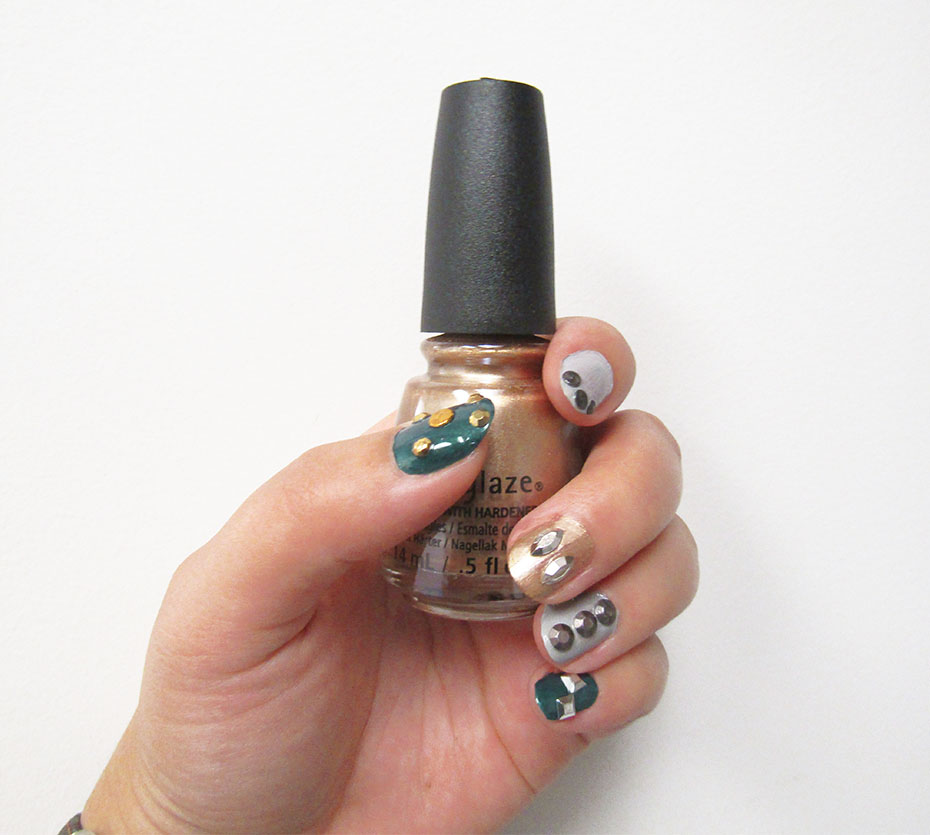 The studs last, too. Once I painted over them with top coat, almost all of the studs survived the night. The few that fell off were my fault since I didn't ensure that all of the studs were laying totally flush against my nail. They were also on my dominant hand, and thus more likely to snag on clothing or other objects. I also lost a star—my favorite of the studs—in my sleep. 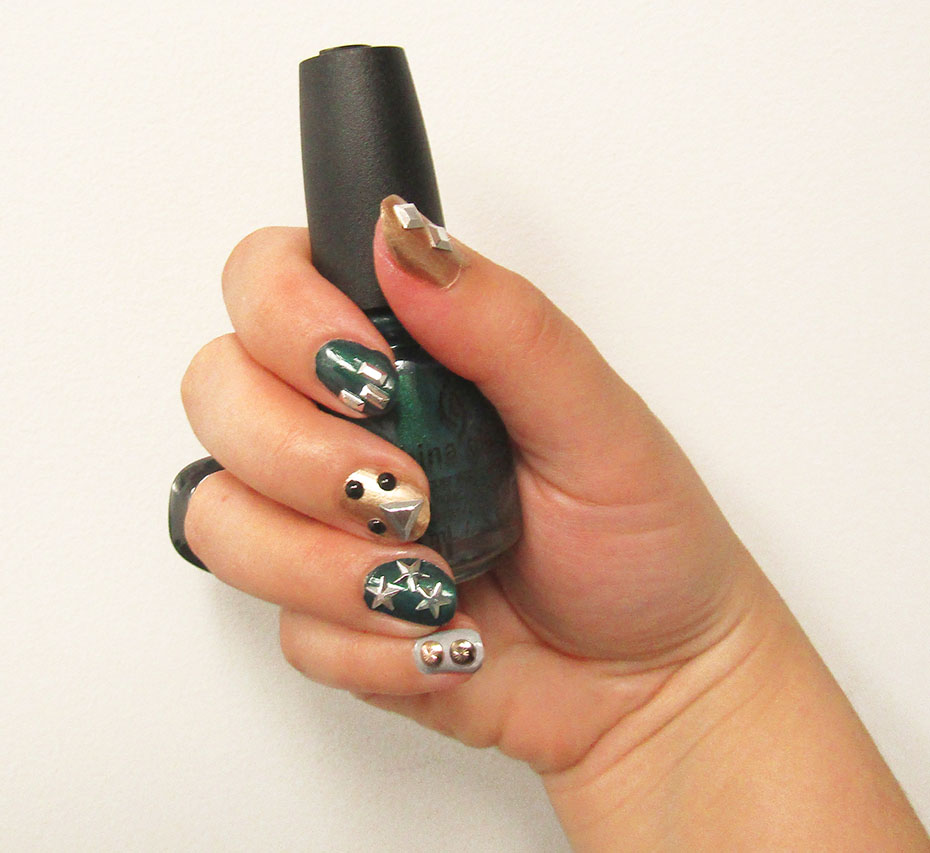 Of course, I wouldn't recommend sticking these on before doing art or cooking projects that require mixing with your hands. You definitely don't want to accidentally bake lost studs into your cookies!

And the solution to the difficulty of applying these studs on your own is obvious, even if I didn't figure it out on my first use. Use the buddy system. With a friend painting each nail and applying the studs, you don't have to fumble around with them on your own while your nails are still wet. Then when your gorgeous mani is dried, do their nails.

If you've never been into doing your own nail art, this kit might be a bit above your skill level, but you love the look, it's worth a try anyway. We think they're the perfect accents to wear all fall long.